You’re sitting smartly at a French place and a waiter slides by and asks what you’ll be having tonight. You order your entree, a la carte, and remain unfazed by the French words he throws your way. Until… he says something about hors d’oeuvres. Hor what? The only thing that comes to mind is hor fun and you’re pretty sure that wasn’t what he asked. You hurriedly go with the chef’s recommendation and he leaves, but that hurdle isn’t fully cleared yet – not until you know what it means.

While there’s nothing wrong with making a wild guess each time you come across a French word or description on the menu – I’m guilty of doing so – life is too short to not know what you’re actually ordering. But it’s cool, I got you hon. Here are 10 French words and their meanings so you can be a classy madame or monsieur. Of course I had to start with this one since I did a double take when I heard it the first time. Hors d’oeuvre means appetiser, or starter, and is served at the start of a meal. A classic French one would be crostini, which features bite-sized toast topped with ingredients ranging from smoked salmon to pesto. 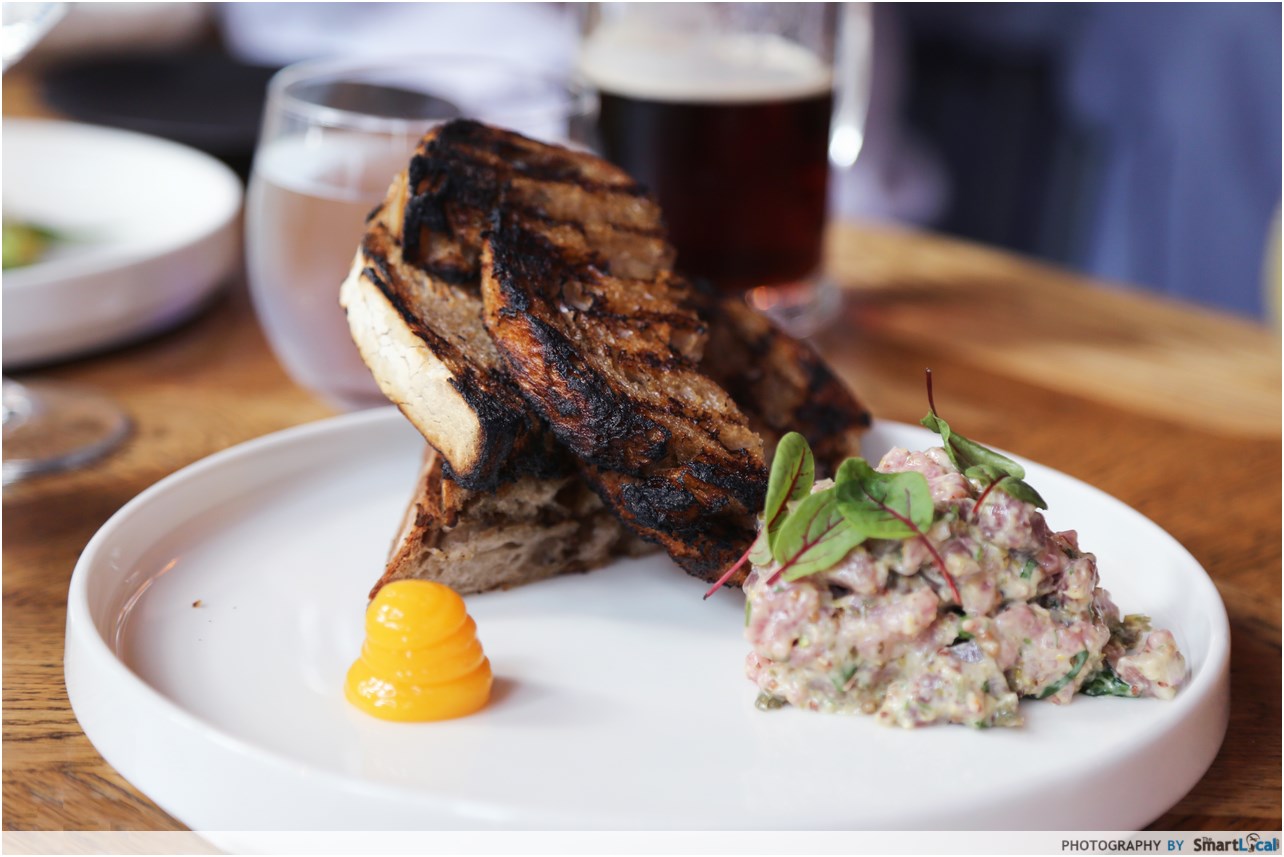 Although ‘tartare’ sounds like the sauce in your fish burger, it isn’t quite the same thing. A steak tartare is made with raw, chopped beef that is seasoned, shaped into a circle and topped with a raw egg. The result is a cold, luxurious dish that’s usually paired with a sturdy bread such as rye, and is fast becoming a popular dish. Sous vide is a method of cooking that allows meat to be cooked thoroughly and evenly with the same temperature – something that cannot be accomplished with other methods of cooking. It uses a water bath to yield these results, and you don’t even need to check on it until the time you set is up.

This clear soup is intense in flavour, and is made by simmering egg whites and broth along with meat, vegetables and herbs. The egg whites and meat contain protein, which helps to trap particles in the broth, and the mixture is strained at the end to get its clear appearance. This is then served as an accompaniment to anything from vegetables to meat. Amuse-bouche can be served anytime from the second you sit down at a restaurant to in-between courses. They’re individual bite-sized tidbits that can give you an idea of what to expect from the chef’s cooking. Or…just a snack to keep the hangry diners happy.

Known as the classic French white sauce, béchamel can be used as a base for cream soups, drizzled over dishes or used in the process of making soufflé. The sauce is achieved by mixing a roux -a combination of equal parts butter to flour – and milk, then seasoned with salt and pepper accordingly. 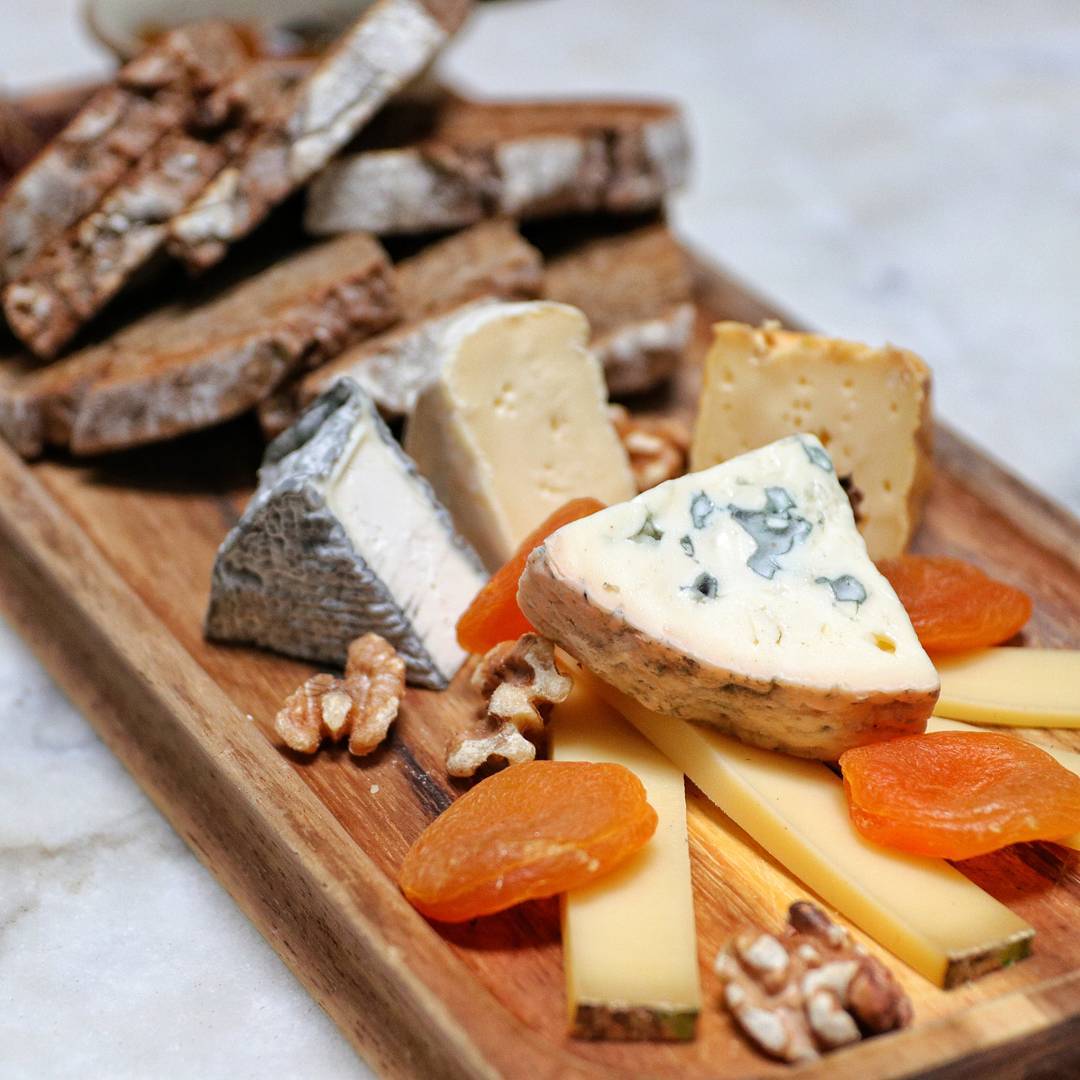 Cheese platters are common at many places today, and they might sometimes be referred to as fromage platters. A good one should have a variety of cheeses with crackers and nuts or dried fruits as accompaniment, and goes best with, of course, red wine. We’re sure you’ve heard of this one. The most popular one is probably raspberry coulis, which is used in desserts ranging from cakes and waffles to ice-cream and French toast. It’s made from a fruit or vegetable that’s pureed then strained, transforming into a thick sauce. I used to assume a mesclun salad just meant a random combination of salad leaves since I would visit Cold Storage to get my fix every week. Turns out, it’s traditionally a mix of seven or more different young salad leaves, with familiar ones such as romaine, arugula, spinach, and oak leaves. It’s best tossed in a light vinaigrette to allow the natural flavours of the leaves to shine. Confit is a method of cooking that involves submerging meat in fat, usually its own, at a relatively low temperature. The meat is finished off with a sear in the pan, or fried to obtain a crispy exterior, and the meat inside is fall-off-the-bone tender and lusciously juicy. And don’t judge it by its cover, because this is one dish you should not miss.

It’s a clearer world out there once you’ve got these words mastered. Now you can really nod your head along to the waiters and truly understand what the menu offers without guessing. If you know of other commonly used French words, let us know in the comments!