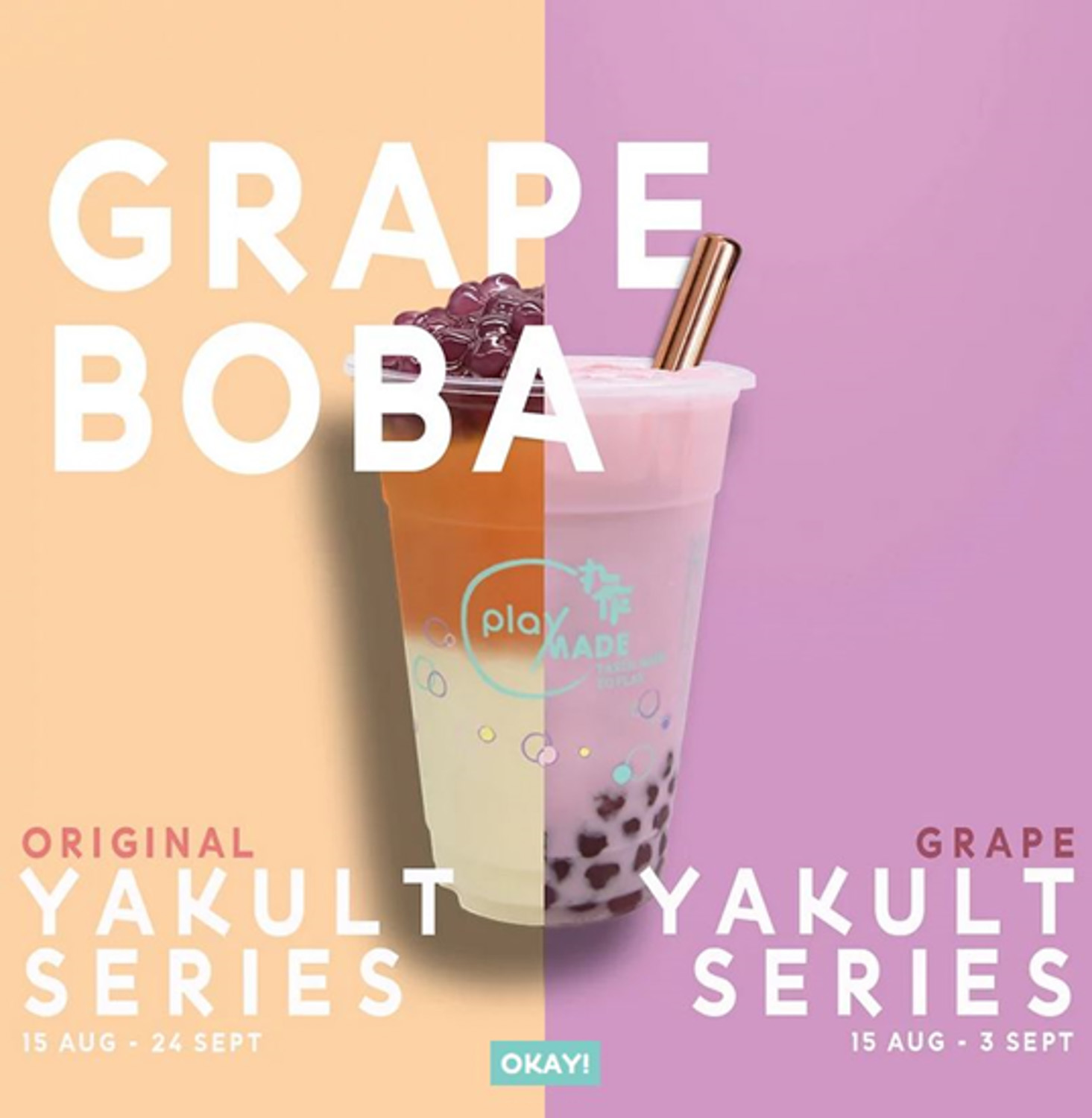 It hasn’t been that long since Playmade released their seasonal watermelon series. For those of you who missed out on that range of refreshing drinks, Playmade now has a new limited-edition selection of Yakult-based drinks to quench your thirst with.

If you remember how we used to choose between the four flavours in a single row of Yakult, Playmade brings the same flavours and experience with their new series of drinks, allowing you to pick your favourite Yakult flavour in a BBT.

If you’re like me and always rush for the red-capped Yakult, the Original Yakult Series will be available from 15 August 2020 to 24 September 2020. 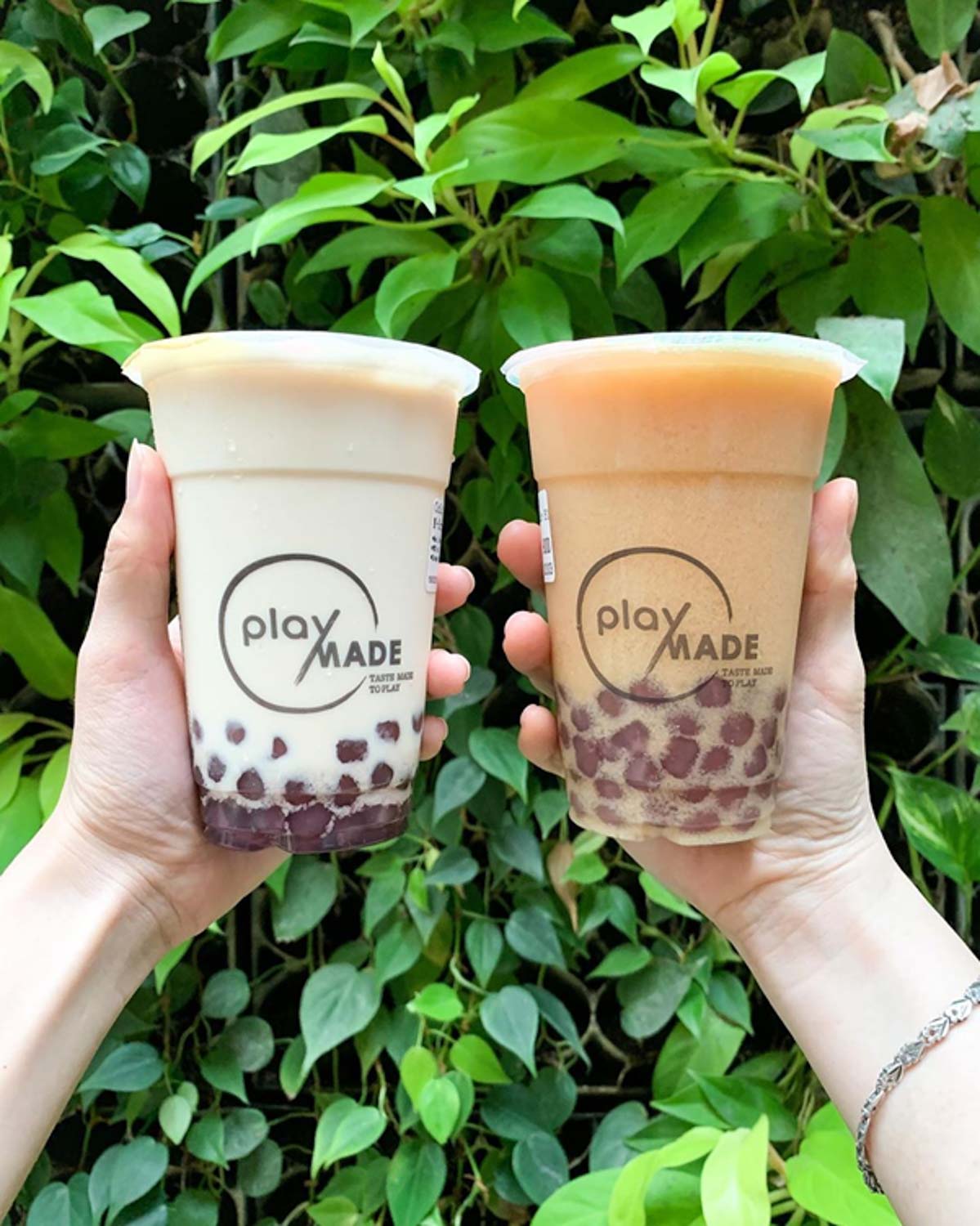 Simply pick your preferred Yakult series and select your choice of tea to get your BBT fix infused with the familiar taste of childhood. Since Yakult is already sweetened, you can expect a drink that will satisfy your sugar cravings. 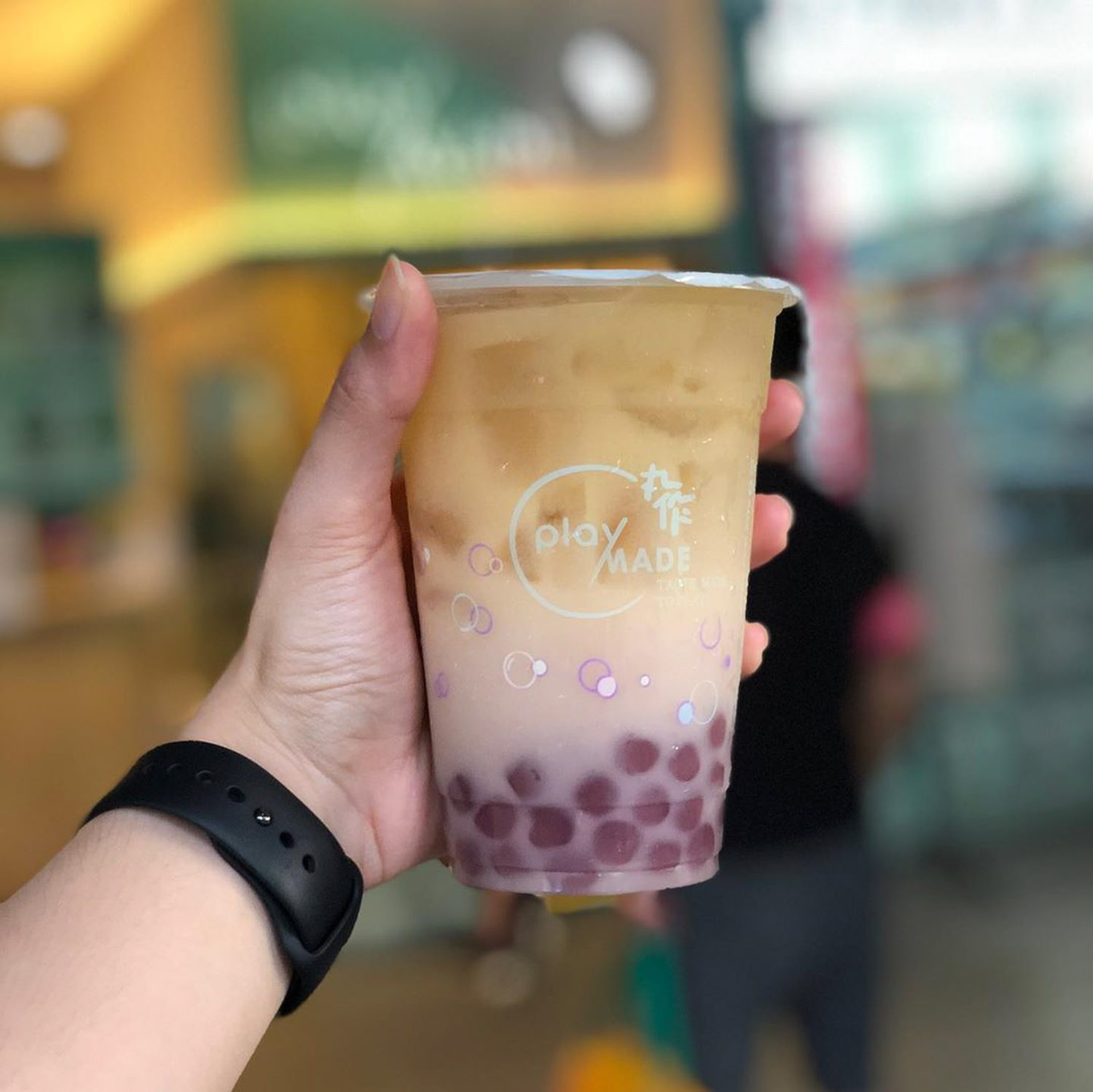 It’s not a Playmade seasonal drink without special pearls. Along with their Yakult series, Playmade will also be releasing a brand-new Grape Boba (from $0.90), to add on to your BBT. Expect gummy and chewy pearls reminiscent of grape-flavoured Hi-Chew candy, bringing yet another nostalgic twist to your BBT. 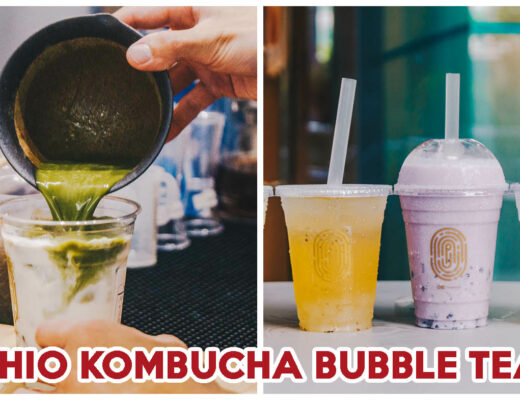 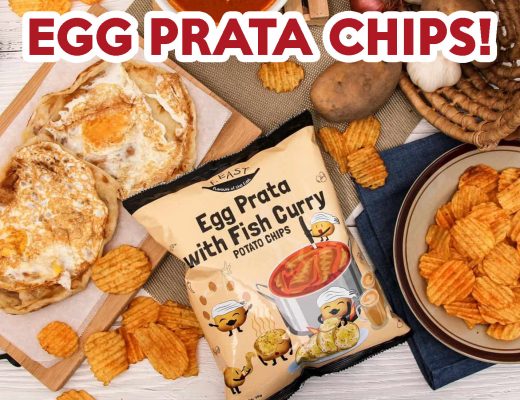 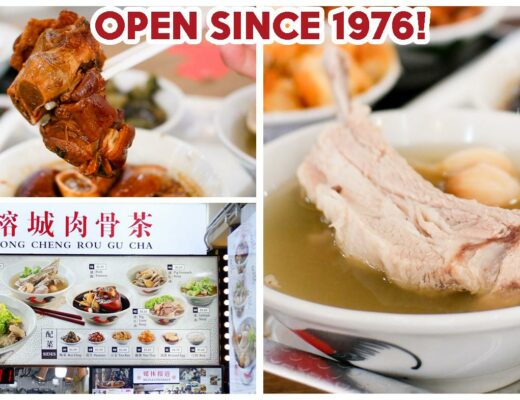