We already know that coconut shakes are the next big beverage favourite for Singaporeans, in no small part thanks to a new Mr Coconut outlet popping up every other day. If you don’t want to deal with the queues at your neighbourhood Mr Coconut, but still want to get your hands on some thirst-quenching, tropical goodness, then check out these other stalls where you can get the best coconut shakes around the city. 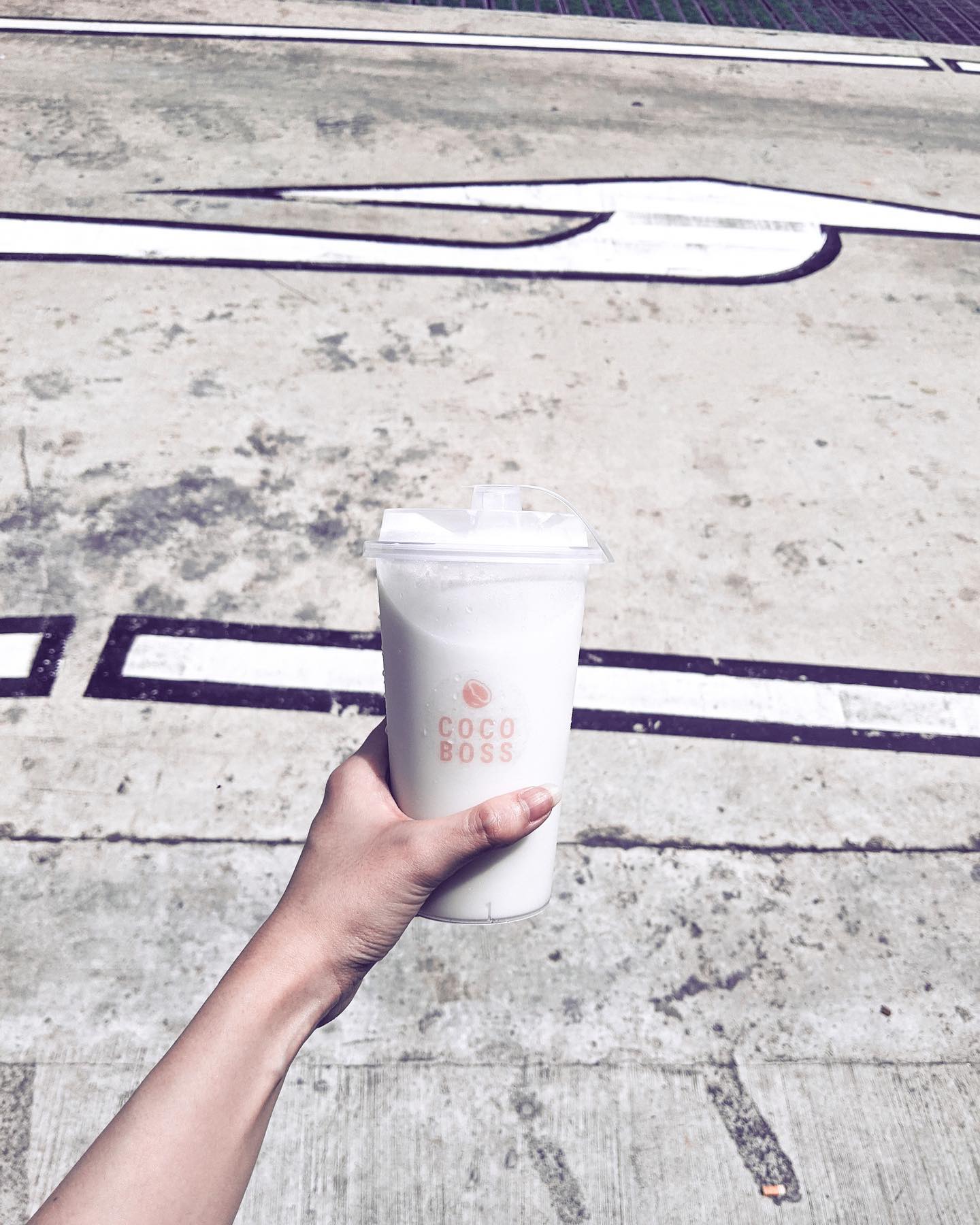 Homegrown coconut shake brand CocoBoss opened its pioneering outlet earlier this year, and has since branched out to multiple outlets around the island. They have also recently established their first concept store in Peninsula Shopping Centre, complete with IG-worthy photo spots.

Read more about our first look at CocoBoss. 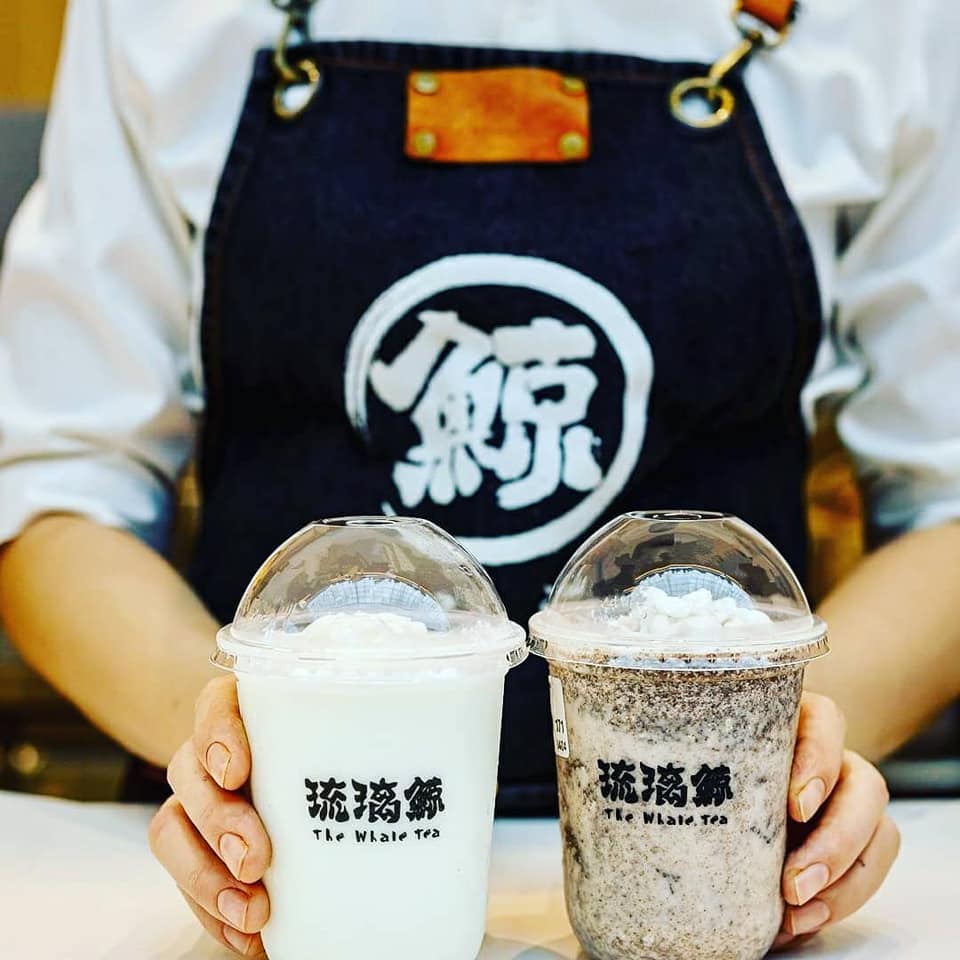 Nanjing-based bubble tea brand Whale Tea might be best known for their Blue Whale Series beverages, but they also have a range of coconut shakes worth ordering. Made from fresh coconut flesh and milk, you get to choose between four main flavours: Original (from $4.40), Oreo (from $4.90), Avocado (from $5.90), and Mango (from $4.90). Smooth, creamy, with chewy pieces of coconut flesh, these shakes are very refreshing in our heat. They also offer islandwide delivery. 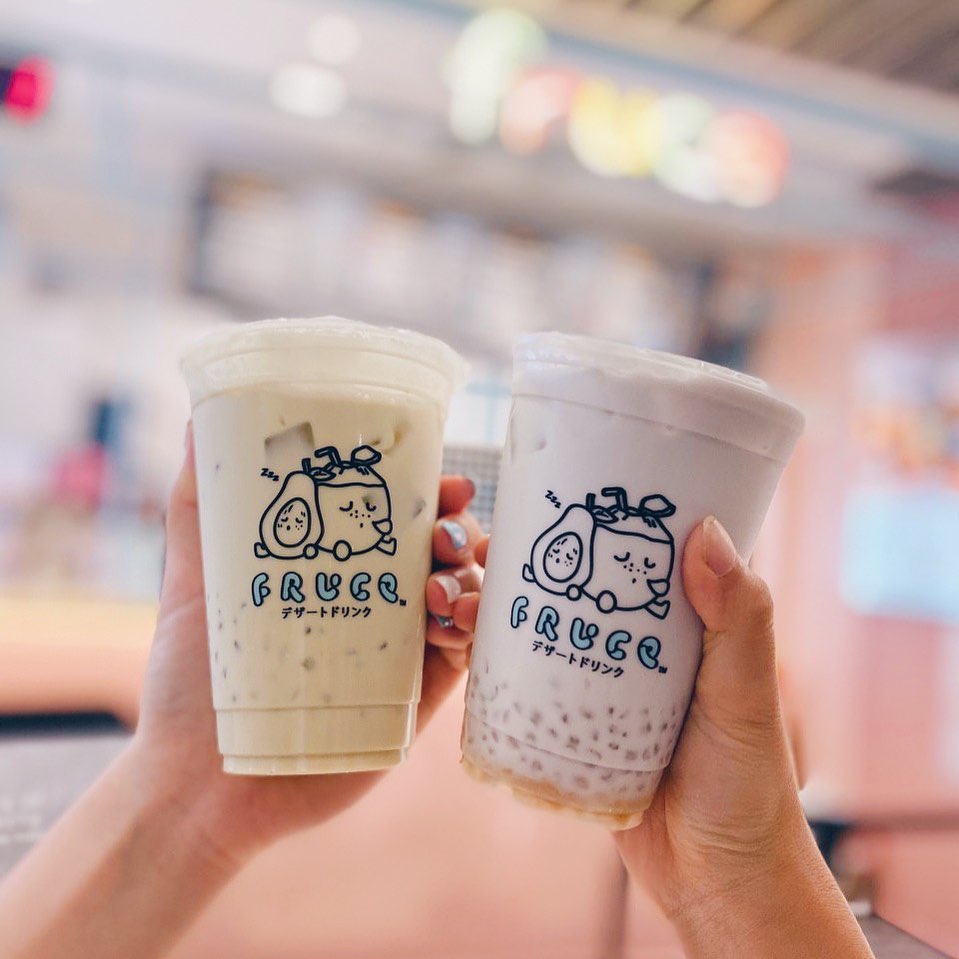 Fruce’s smoothies make for a satisfying snack, especially their coconut range. A firm fave is their Avocado Coconut (from $4.80), rich and dense with the sweetness of both fruits. The Taro Coconut ($5) and the Coconut Fruce ($5) are two other signatures popular with fans too, with the former being reminiscent of orh nee.

Double down on the coconutty goodness with some add-on toppings, priced from $0.70. Choose from coconut ice cream, to coconut capellini (aka coconut noodles), or coconut flesh. 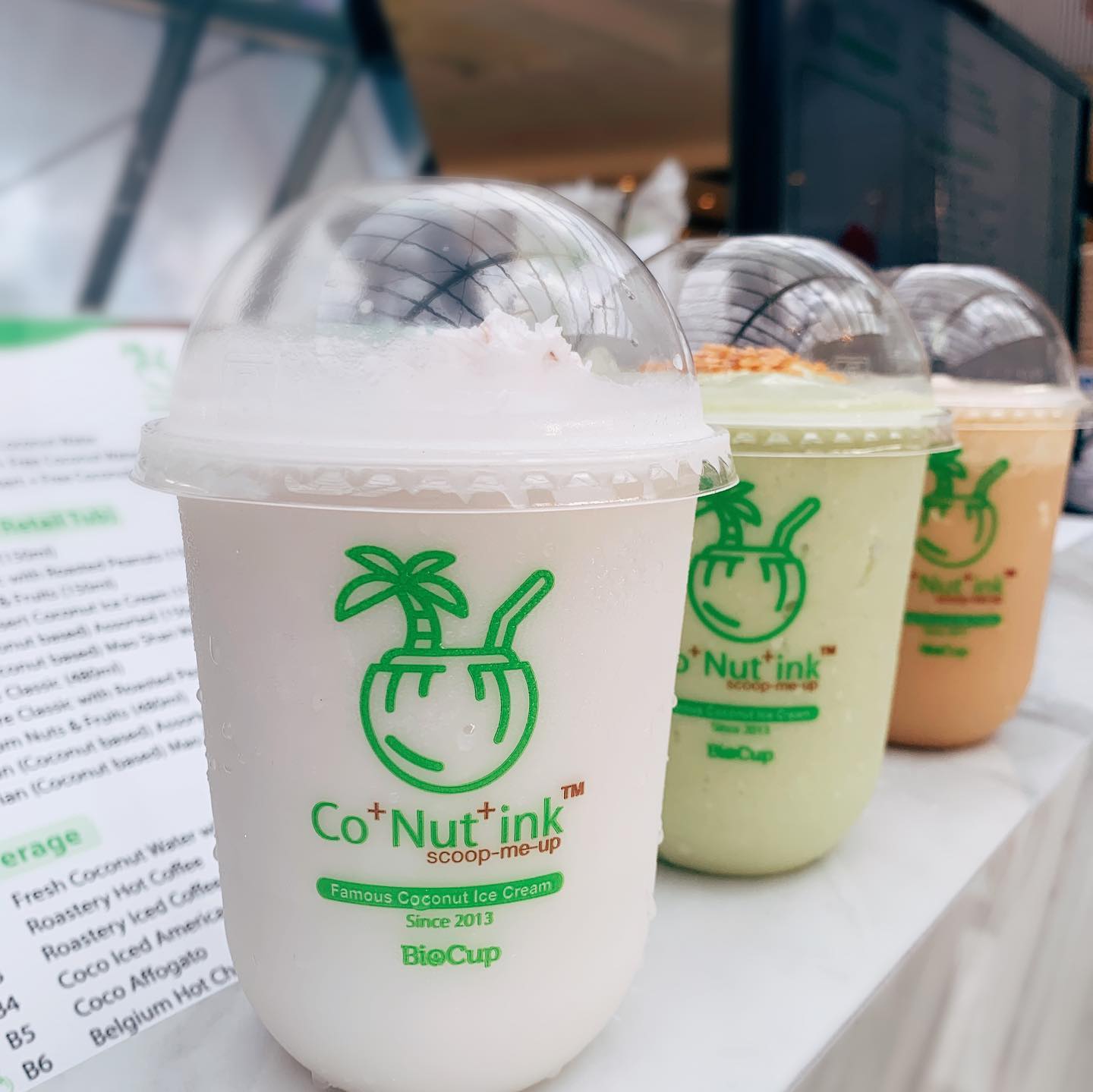 Co+Nut+Ink has been in the coconut ice cream scene since 2013, but they’ve branched out into making coconut shakes, which you can get your hands on at any of their stores islandwide. There is a wide range of flavours, from expected options such as the Signature Original Coconut Shake ($6.80), and Healthy Fatty Avocado ($7.80), but there are other localised shakes too. These include pandan, uji matcha, red ruby, bandung, and gula melaka shakes. 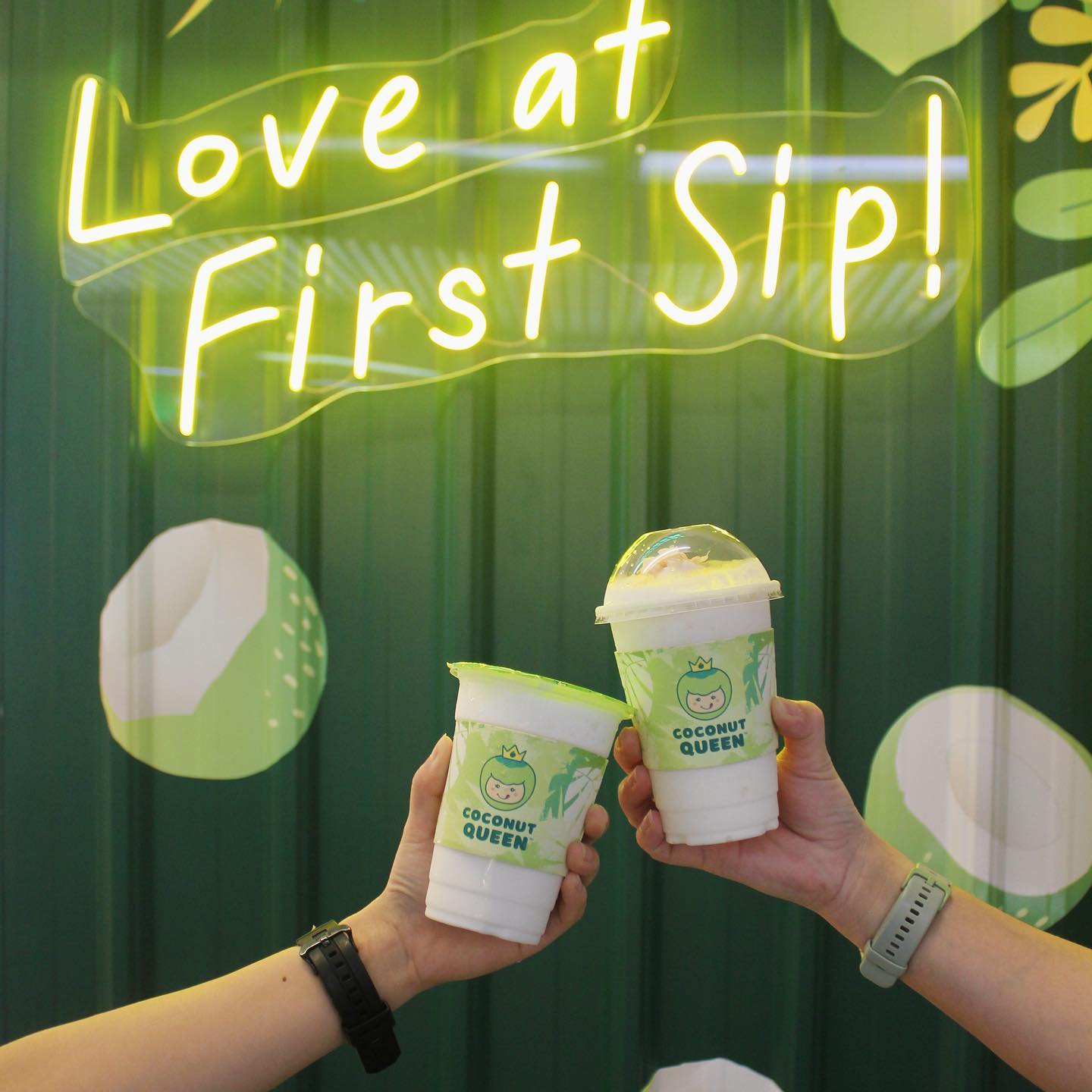 If the combination of tropical fruit and coconut shakes can’t be beaten in your books, then try out Coconut Queen. Each shake is made with a combination of coconut ice cream, juice, and flesh. Outside of their bestselling Original ($4.30) flavour, the kiosk has fruity hits such as Banana, Jackfruit, Lychee, and Mango Coconut drinks. Other unique flavours include Earl Grey ($4.80), and Mung Bean ($5.20). 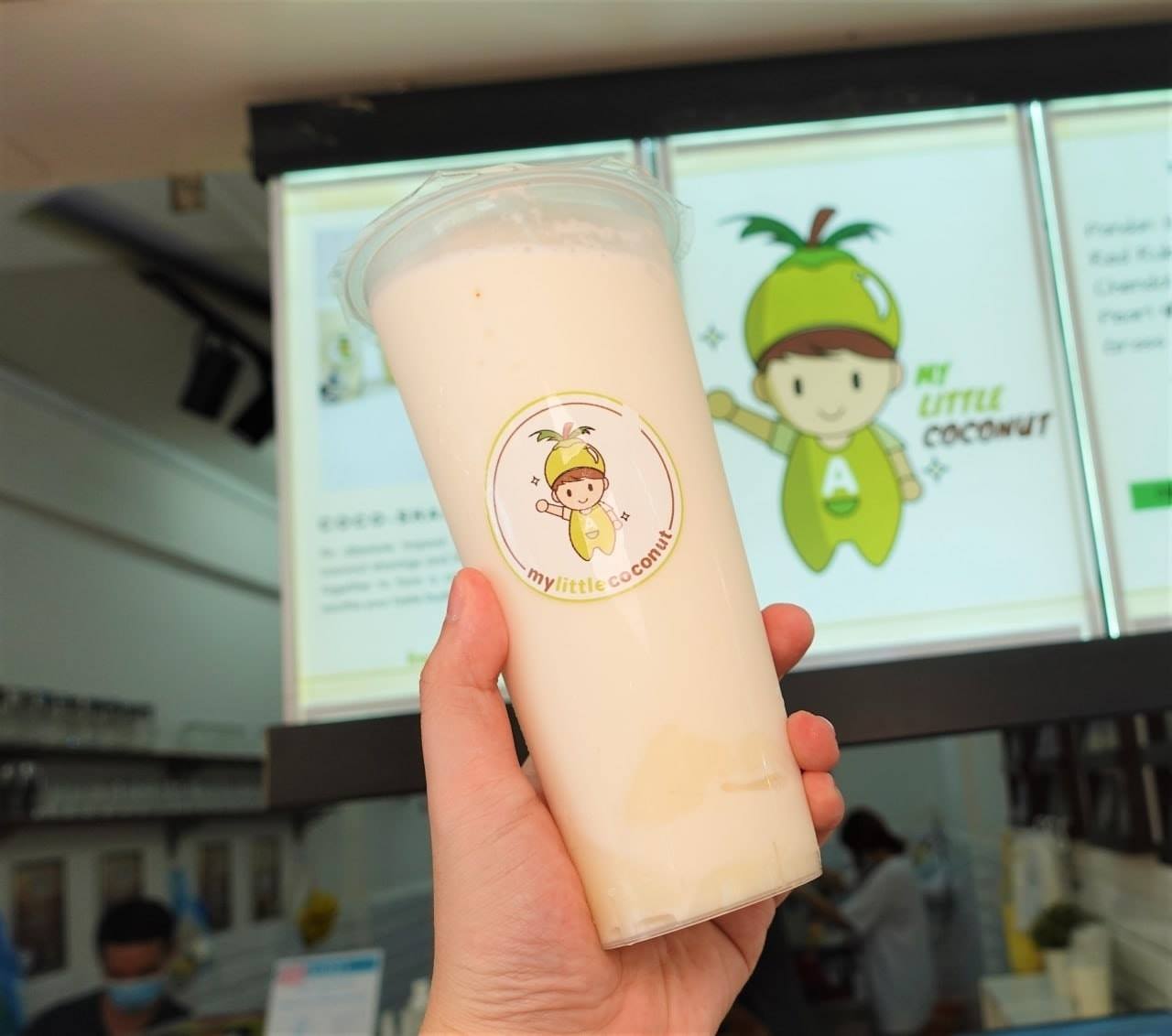 Throwback your tastebuds to BKK holidays with My Little Coconut‘s beverages. Located in a handful of heartland locations islandwide, this smoothie and juice bar uses tender, fresh Thai coconut meat and juice in their beverages. Get their Coconut Milkshake in a variety of flavours, with prices starting at $4.20 for their original. Highlights include Red Ruby (from $4.50), and Chendol ($4.50). The latter comes with a heady layer of gula melaka syrup. 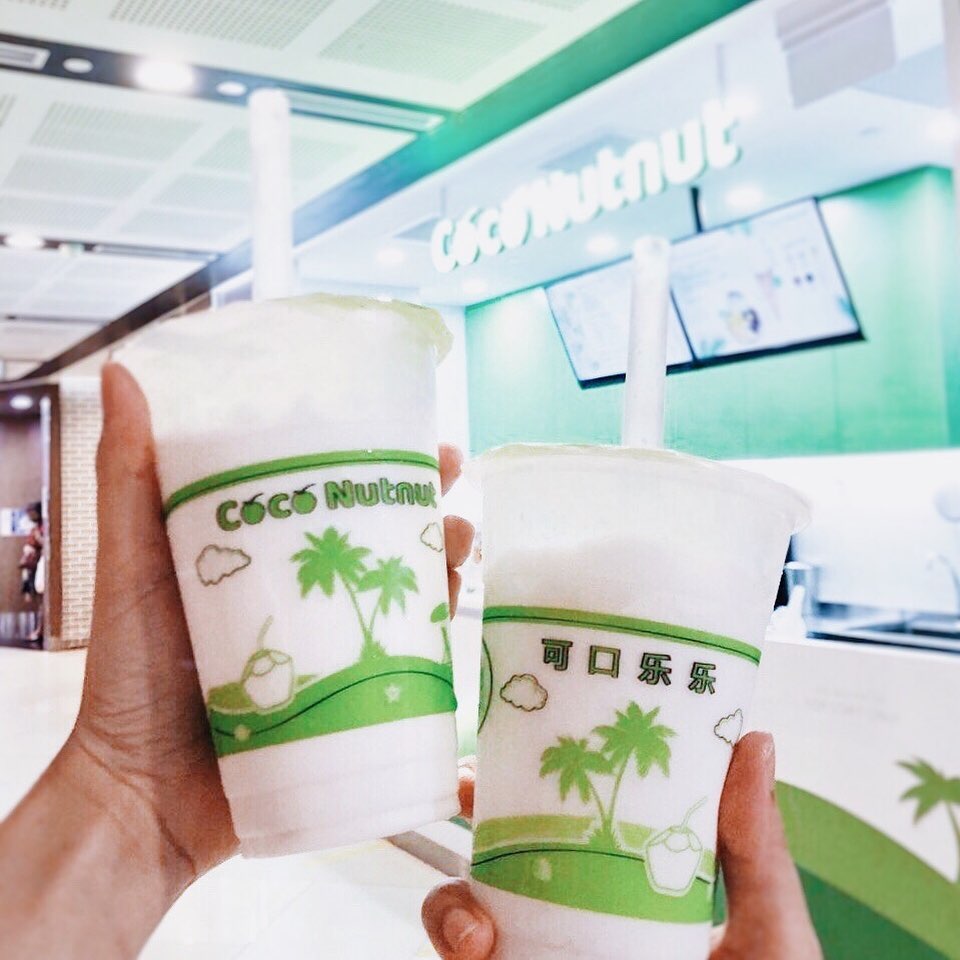 If you’re in Yishun, Tampines, or Chinatown, then give Coconutnut a try if you’re craving a coconut drink, but don’t want to have to brave long queues. These humble kiosks sell two main styles of drinks: their Nut Nut, which is coconut milk-based and jazzed up with flavouring, or their quintessential shakes. Try their popular Coconut Gelato Shake (from $3.90), which is more affordable than most brands. As its name suggests, Cococane is a speciality stall for both coconut and sugarcane beverages. While their 100% Pure Cococane (from $3.20) is their bestseller, they also have Coconut Snowshakes on their menu if you want to switch up your usual order. Their Signature ($5) is thick and creamy, with pronounced notes of coconut milk. Other flavours include their Mango Snowshake ($6.20) and their Lychee Snowshake ($5.90).

Skip the Mr Coconut queue and try any of these coconut shake brands instead to satisfy your cravings. For more sweet treats, check out our guide to the best chocolate cake in Singapore, or the best croissants in Singapore.

If you’re curious to try to make these drinks at home, we have a Mr Coconut recipe video too. 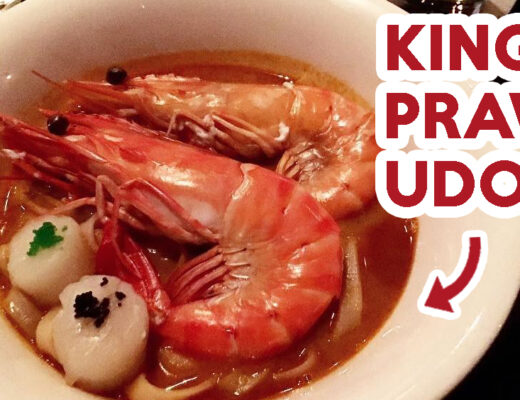 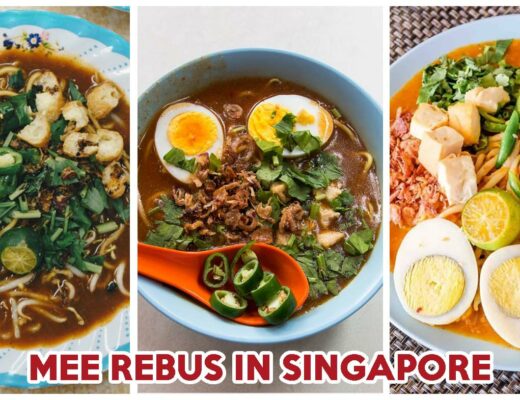 14 Mee Rebus In Singapore, Including A 65 Year-Old Recipe Passed Through Generations