When it comes to agreeing about the origins of our common food, our relationship with Malaysia is contentious. Whether it’s nasi lemak or bak kut teh, both camps will vehemently stake their claim to these dishes, as seen in numerous FB comment sections.

Thankfully, the waters are less troubled these days. In fact, Malaysia might have even handed us an olive branch by naming a brand-new mouthwatering creation after Singapore.

Walking distance from the pristine Shah Alam Lake is Ehsan’s. This humble eatery serves a mix of Pakistani and Malaysian cuisine, so you can expect the usual suspects like chicken biryani (RM13/~$4.30) and chapati (RM2.20/~$0.70). 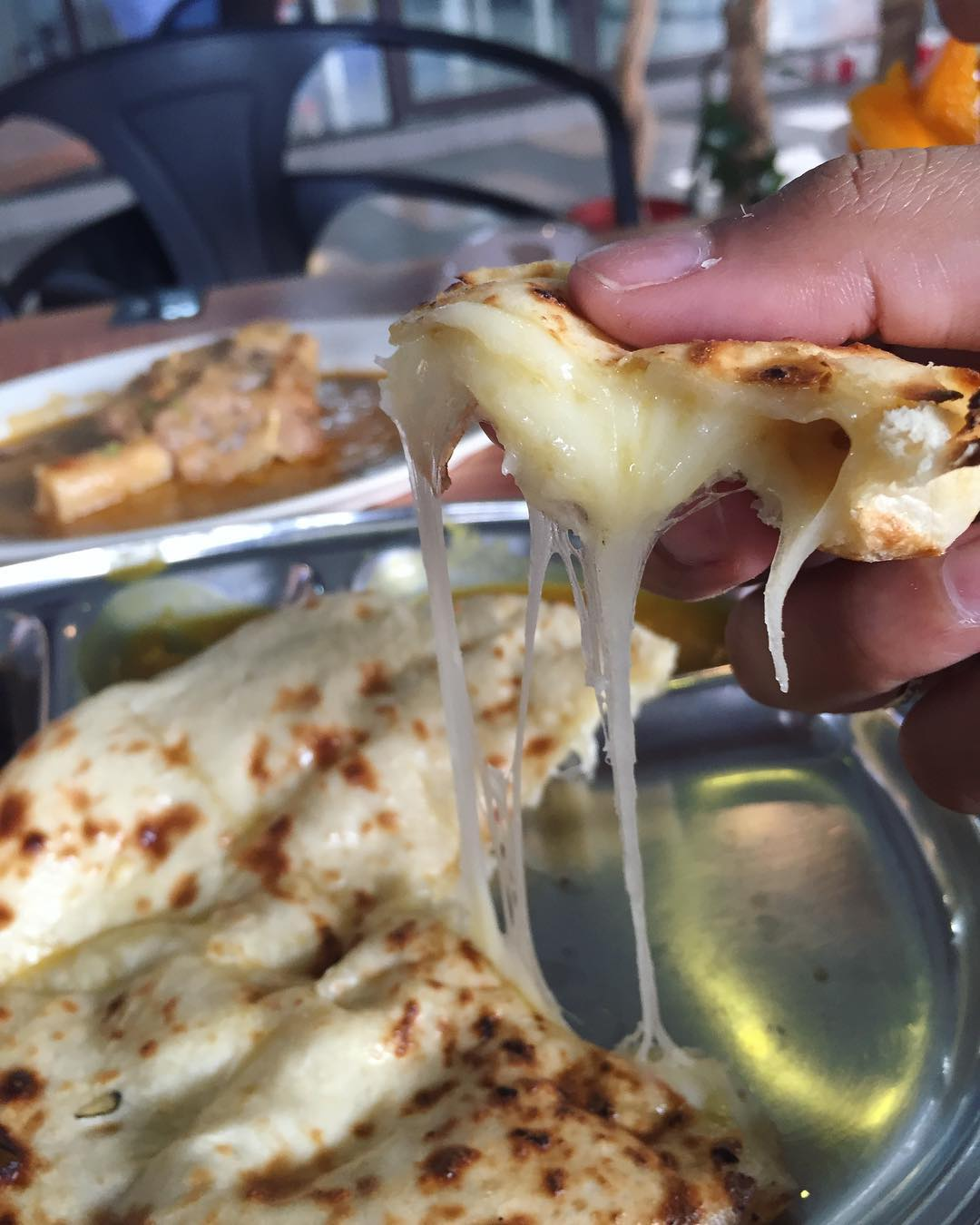 However, it’s their sinfully cheesy Murtabak Singaporestan (RM17/~$5.60) and Naan Cheese Tarik (RM8/~$2.70) that have captured the hearts – and stomachs – of Malaysians everywhere. We always stan a legend, which is why the Murtabak Singaporestan deserves high praise. Like Japanese steel, the dough is folded and heated multiple times. In between those steps, an unholy amount of shredded cheese and minced meat is added to the mix.

The result: an indulgent treat that’s packed with gooey cheese and savoury bits in every bite. Each order also comes with a small bowl of fish curry and a plate of sliced red onions.

10 Epic Cheese Dishes For That Winning #CheesePull Shot On Instagram

Having this quirky dish named after our country is oddly appropriate, given our love for all things cheese. If you’re confident of your cheese-pull game, the Naan Cheese Tarik might be right up your alley. The tarik (pull) in its name isn’t just for show. You can stretch the cheese as high as 90cm! Unlike the ones served in most Singaporean mamak shops, the naan here is cooked in a clay oven, resulting in a less oily texture and sweeter flavour. Since the cheese is placed in the centre of the dough before cooking, it evenly melts and fills the entire naan.

If you’re looking to get your cheese fix at cheap prices in Malaysia, be sure to make a pit stop to Ehsan’s!