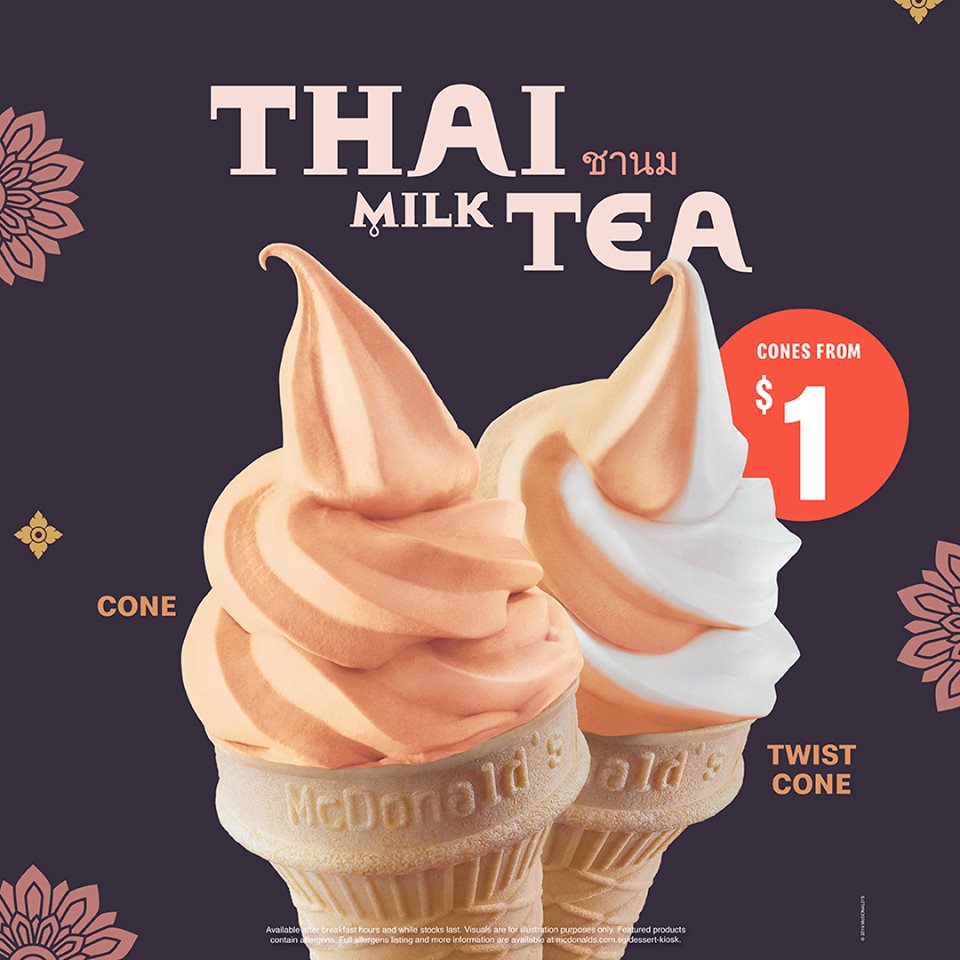 McDonald’s Hershey’s soft serve may have gone with the wind, but as if doing some damage control, McDonald’s has immediately doled out another popular flavour—Thai Milk Tea Ice-Cream. 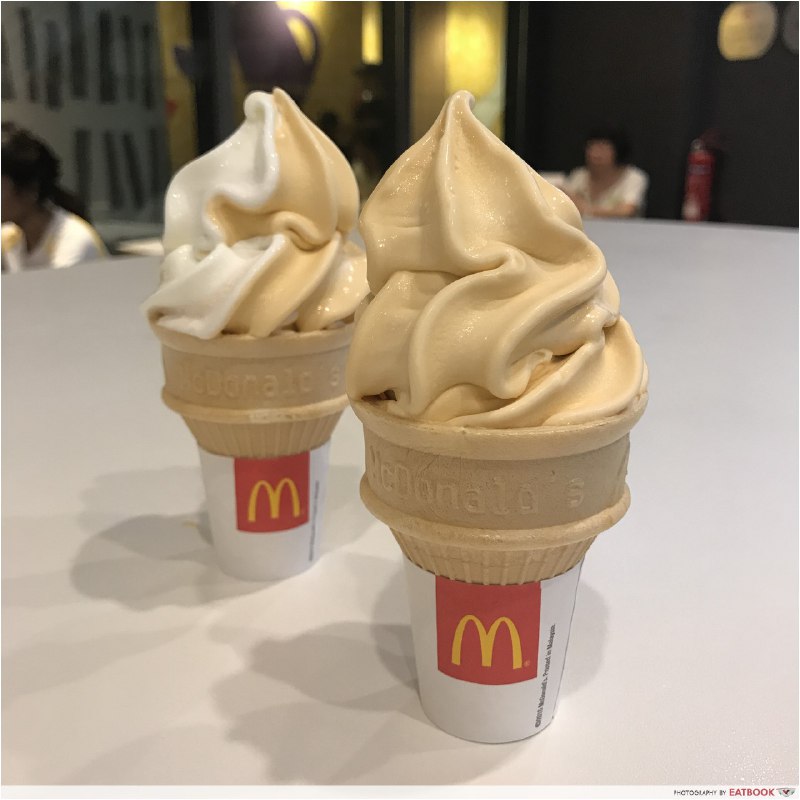 The Thai milk tea flavour has already made waves when it was first introduced in March last year, and will be available today until stocks run out. Now priced from only $1, we suggest making a mad dash for the Thai Milk Tea Cone or Thai Milk Tea Twist Cone after school or work later.

These sweet treats are no less impressive. The fragrant notes of Thailand’s most iconic beverage are rounded off by the creamy vanilla flavour, which is made even more pronounced when you order it as a Thai Milk Tea Twist Cone. 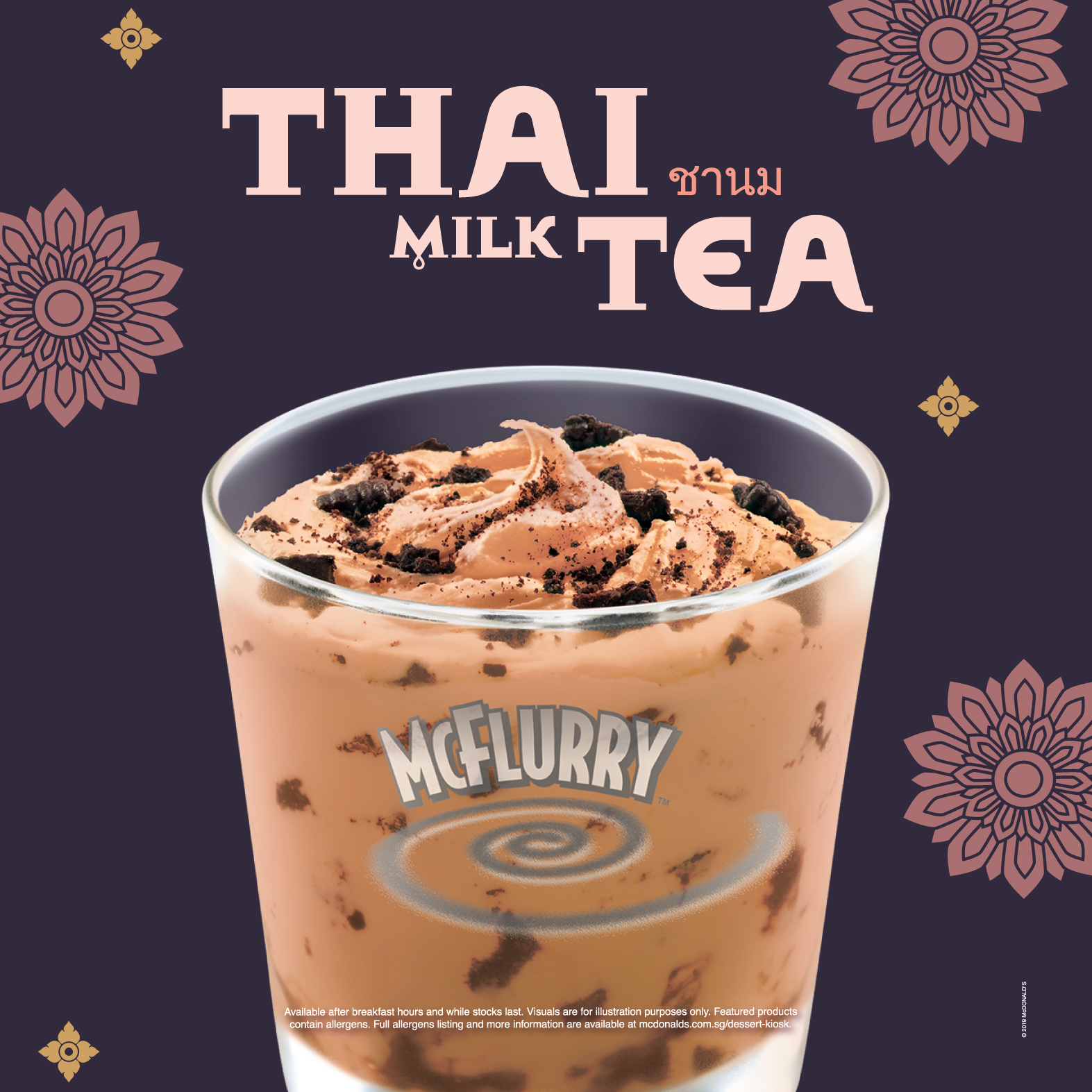 And for the first time ever, McDonald’s is also offering the Thai Milk Tea McFlurry variant for those who enjoy their ice-cream with an added crunch. It comes with aromatic hints of black tea, cardamom, and cinnamon, along with chocolatey crushed Oreos to hit the sweet spot. While adding Oreos might prove to be distracting, its chocolatey goodness only takes a supporting role and allows the milk tea flavour to still shine.

According to McDonald’s, the Thai milk tea ice-cream flavour contains soybeans, wheat, and gluten, so stay away if you have allergies. We asked some people around the office who tried the Thai Milk Tea last year and some mentioned that the robust Thai milk tea flavour was missing from McDonald’s ice-cream cones. However, there were others who were pleased with the fine balance of cream and tea.

Head down to your nearest dessert kiosk and let us know in the comments if you’re team Hershey’s or team Thai milk tea! 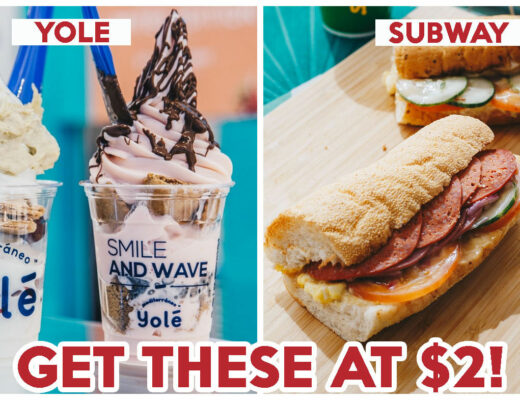 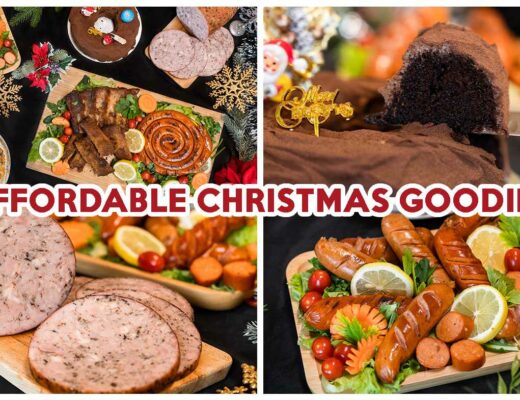