MEIDI-YA Millenia Walk has a cafe and bar

If you’ve missed the dining concepts at the now-closed MEIDI-YA Liang Court, the Japanese supermarket has brought dine-in back to their new Millenia Walk flagship. Within their two-storey, 24,000 square foot premises, MEIDI-YA has incorporated an 88-seater dining area that spans an outdoor beer garden and an indoor cafe. 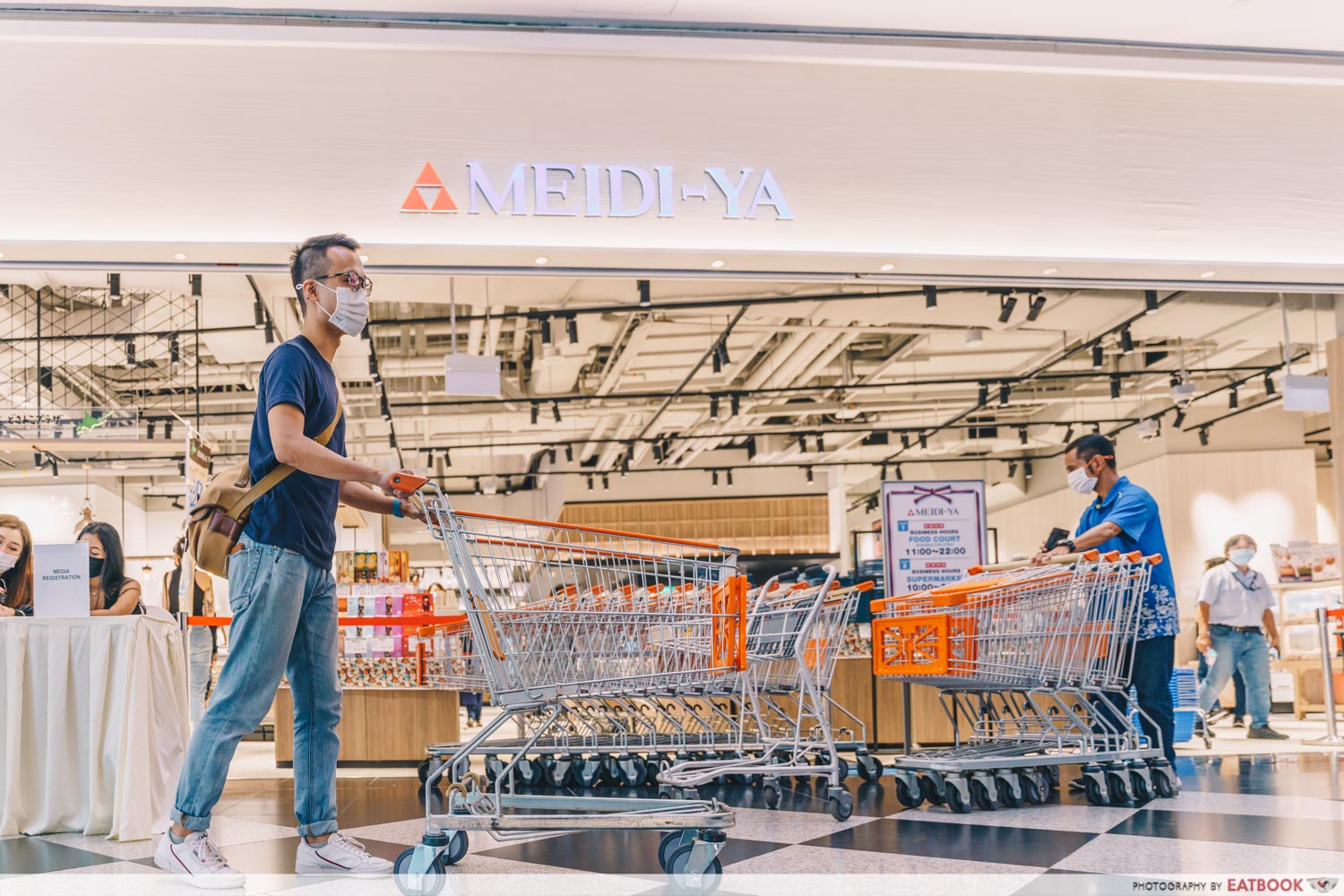 In a first-of-its-kind, Gokoku Japanese Bakery launches the brand’s only dine-in cafe in Singapore. You may be familiar with the bakery’s other outlets at Great World and Jurong Point, but nestled in their bakery space within MEIDI-YA’s store is a little dine-in corner. 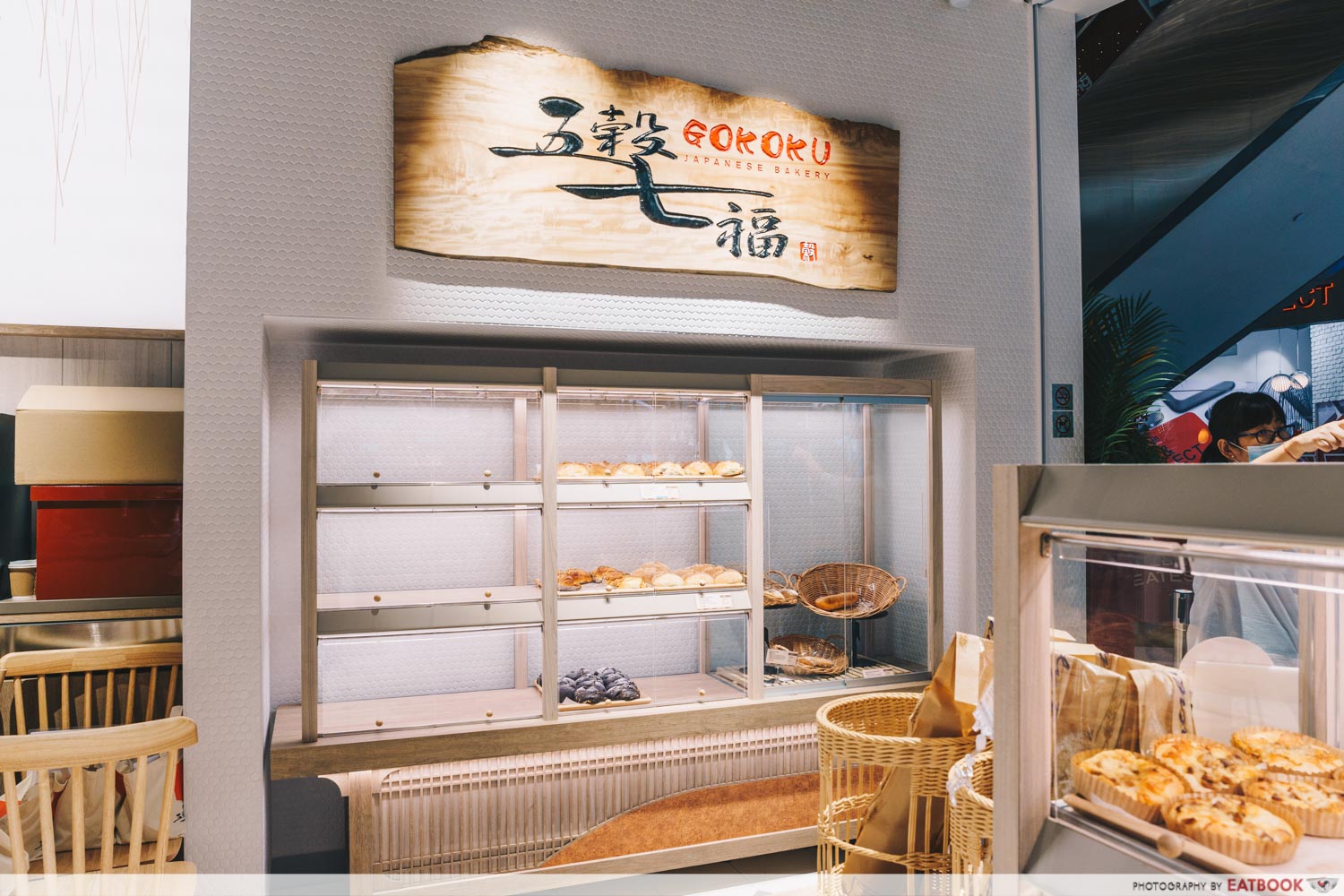 If you didn’t know, Gokoku is an old bakery brand from Kobe, Japan, that was founded in 1961. They’re known for their use of premium Japanese ingredients, hearty grains and sakadane (fermented dough) in bread that’s healthy but still tastes great. Here at Gokoku Millenia Walk, these bakes have been turned into an exclusive range of sandwiches. They’re developed by their in-house Japanese head baker, in collaboration with Gokoku Japan. 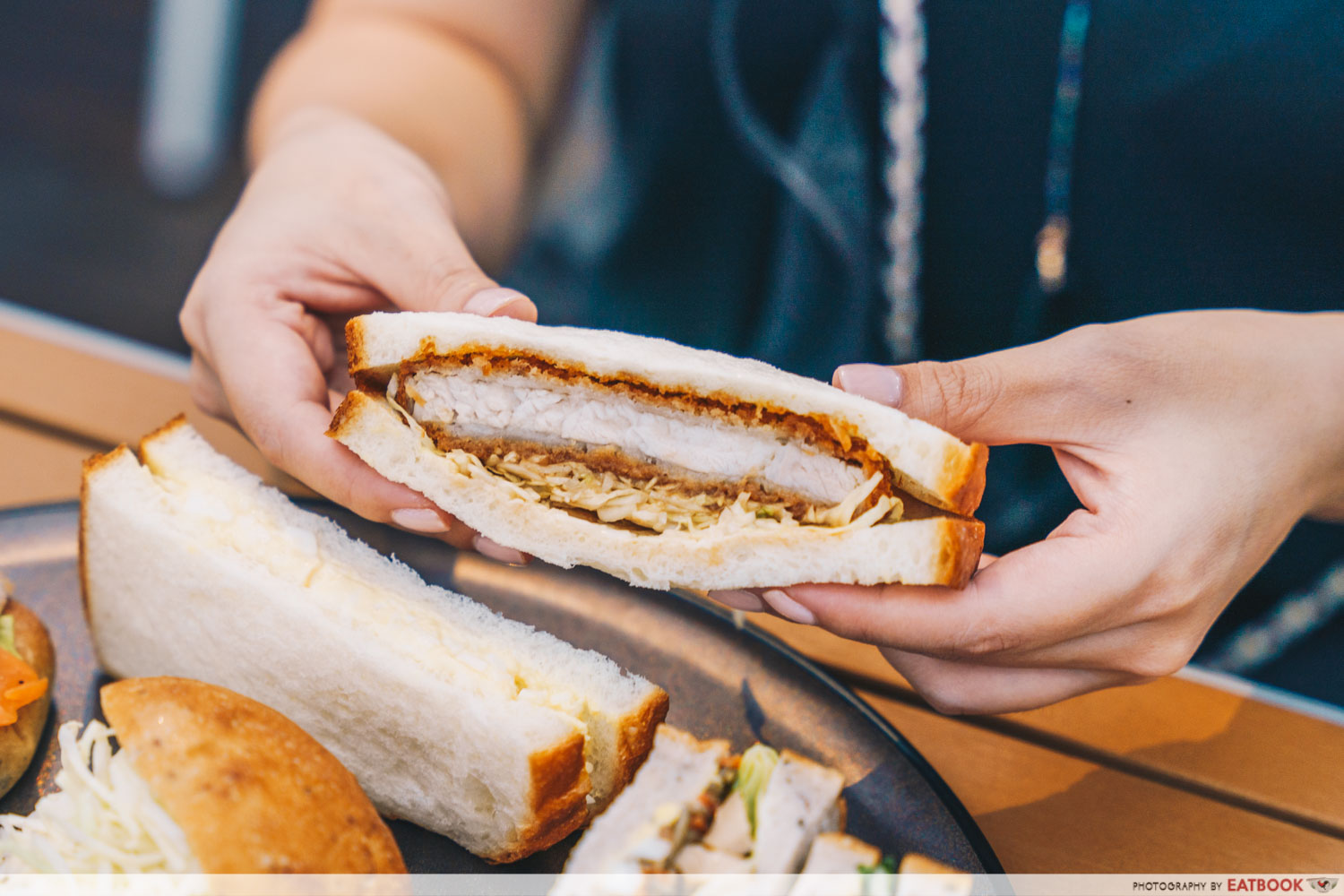 The house special Meiho bread is a pillowy soft loaf. It’s used in the Tonkatsu & Egg Sandwich ($5.80), where a duo of sandwiches envelop a generous hunk of tasty pork tonkatsu with shredded cabbage and egg mayo. 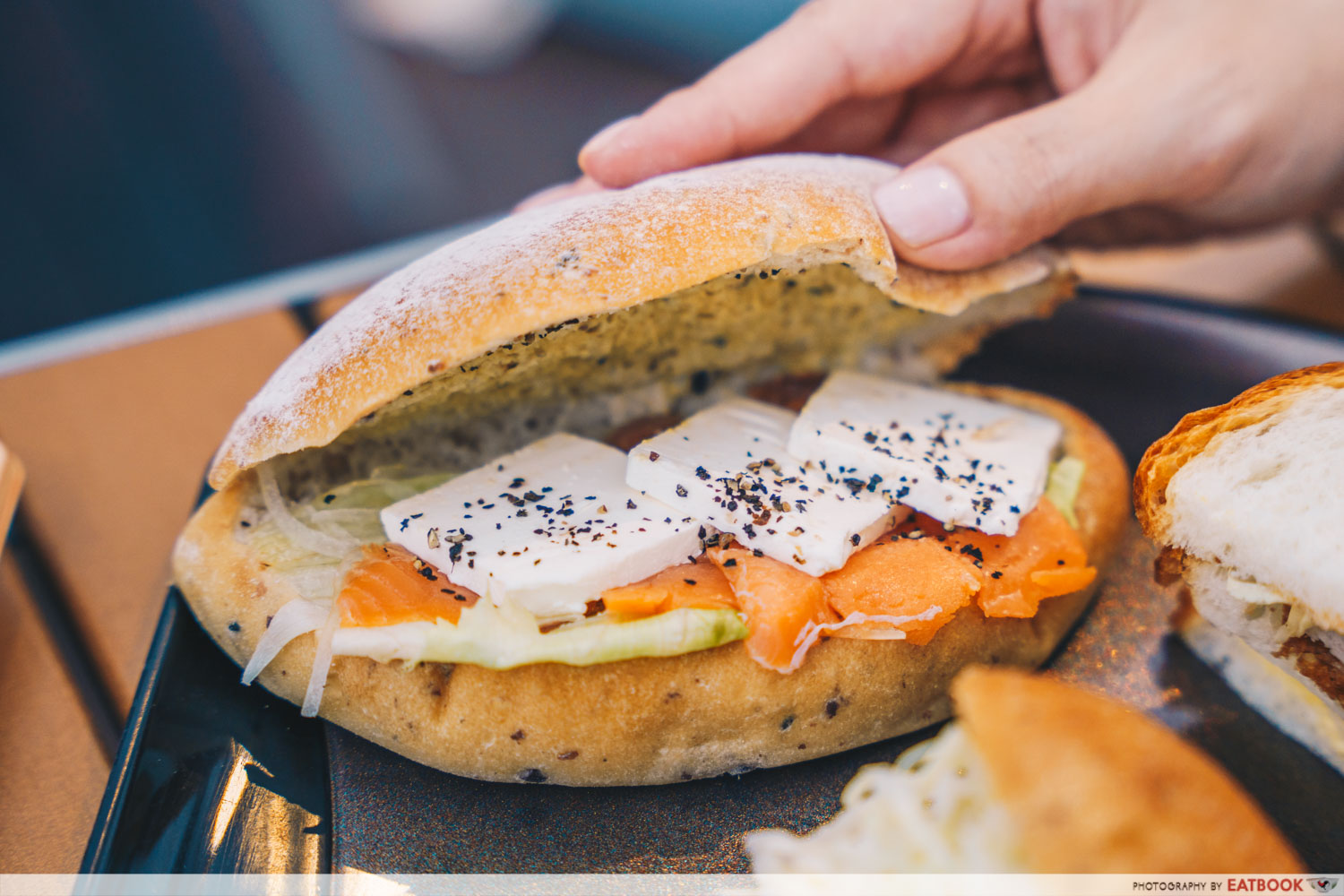 As is typical of Japanese bread, those here have that touch of chewiness, rather than just being soft and fluffy. 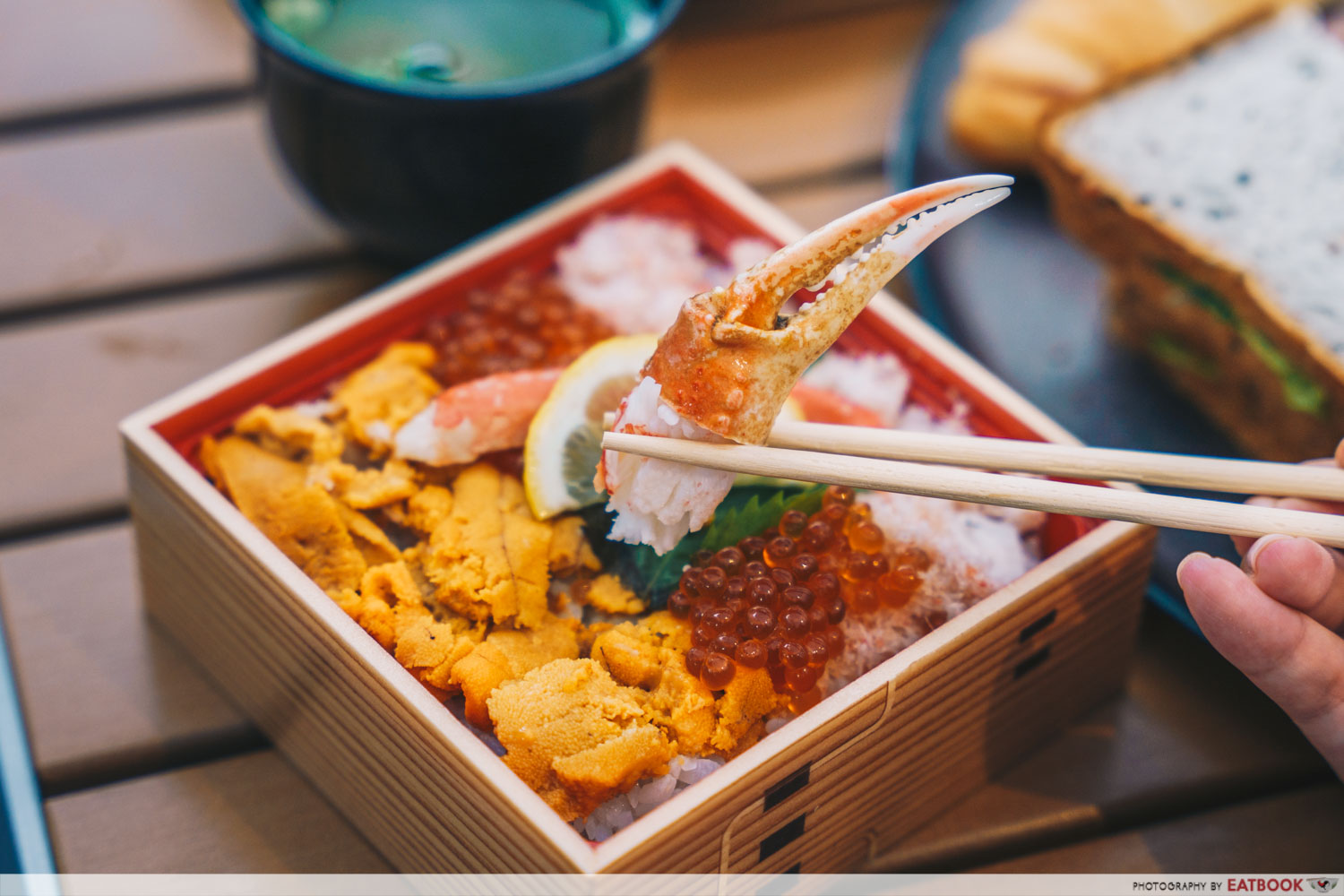 If you were after a fuller meal, I recommend dropping by the cold section in the Hokkaido Dosanko Plaza. We had a Seafood Bowl ($25) that came laden with incredibly fresh uni, ikura, and Hokkaido crab. This last item of seafood was presented both peeled, and in the shell. 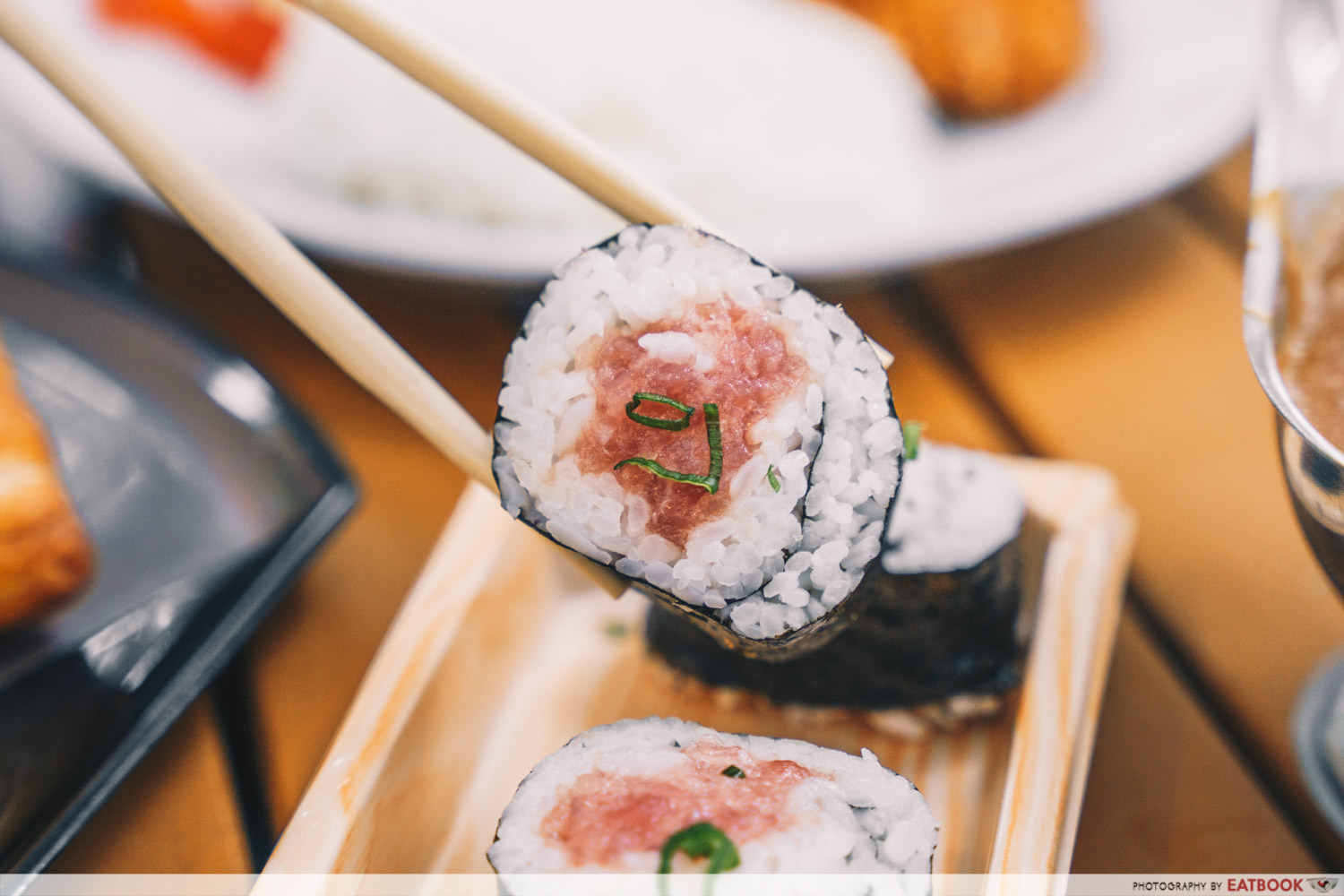 At just $4.90, we couldn’t pass over the Negitoro Roll, that had a centre of super fresh, minced tuna. The fresh seafood at the sushi counters in MEIDI-YA are imported by Nakajima Suisan, the largest fish supplier in Japan, so the freshness here is definitely guaranteed. 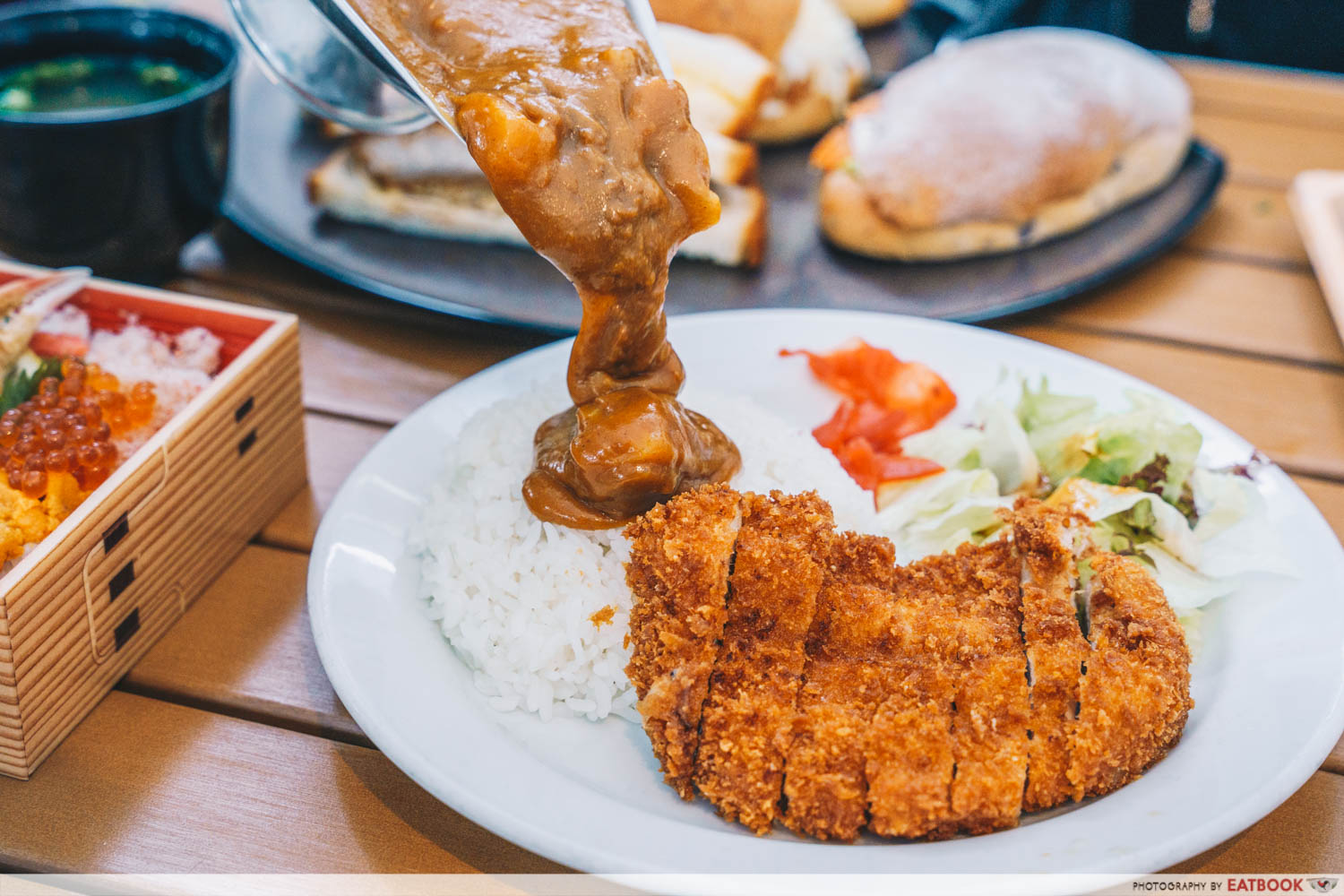 If it’s hot food you’re after, head to The Japanese Curry Shop. This mainstay in the cafe features an extensive menu that revolves around Japanese curry. Place your order at the counter and pick a seat indoors, or al fresco in the Beer Garden, accompanied with an ice-cold Kirin Beer that’s available on tap. 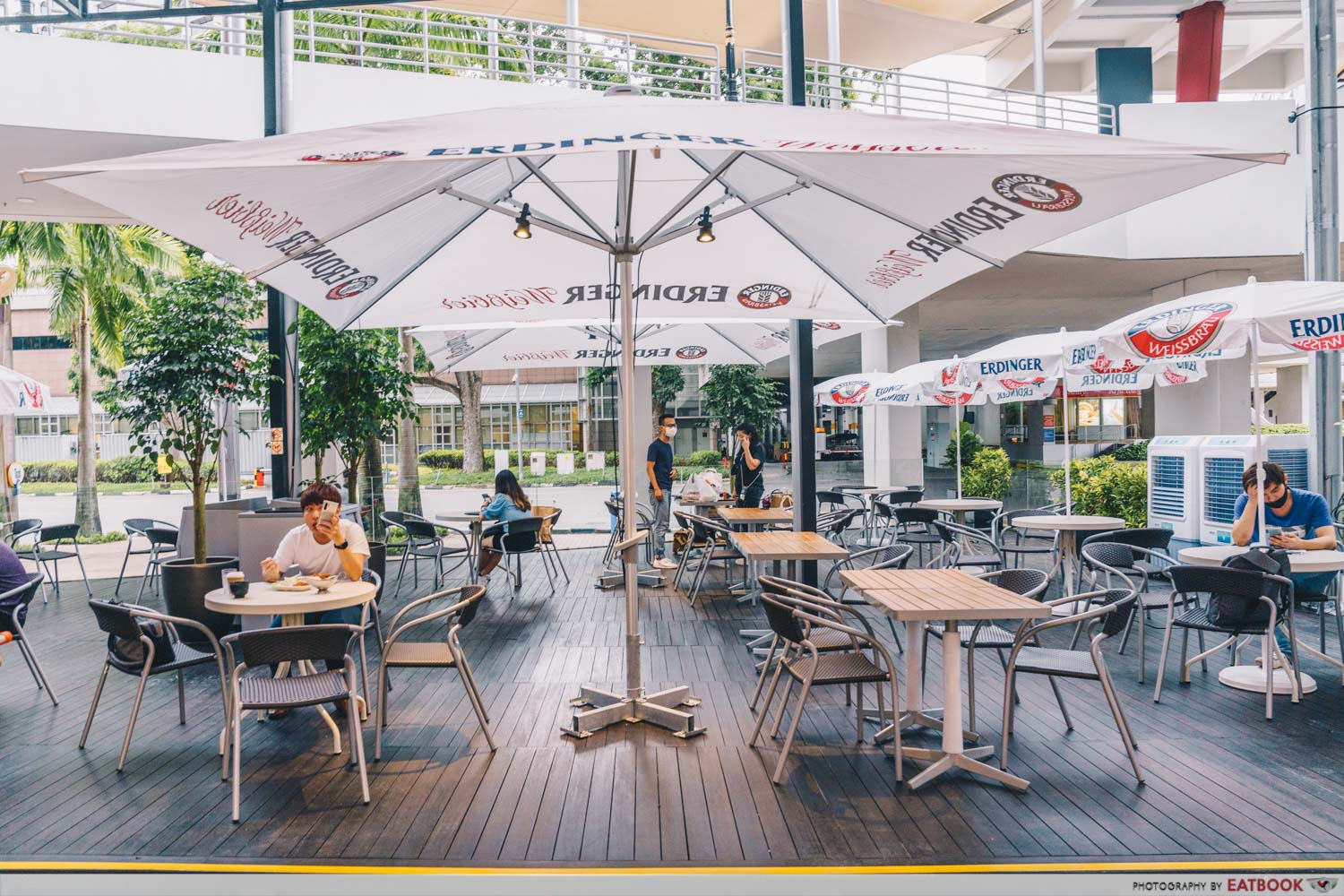 Prices here start from just $6.50 for a Plain Curry, to $14.50 for the Seafood Mix. This comes with an assortment of seafood katsu, including prawn and squid. 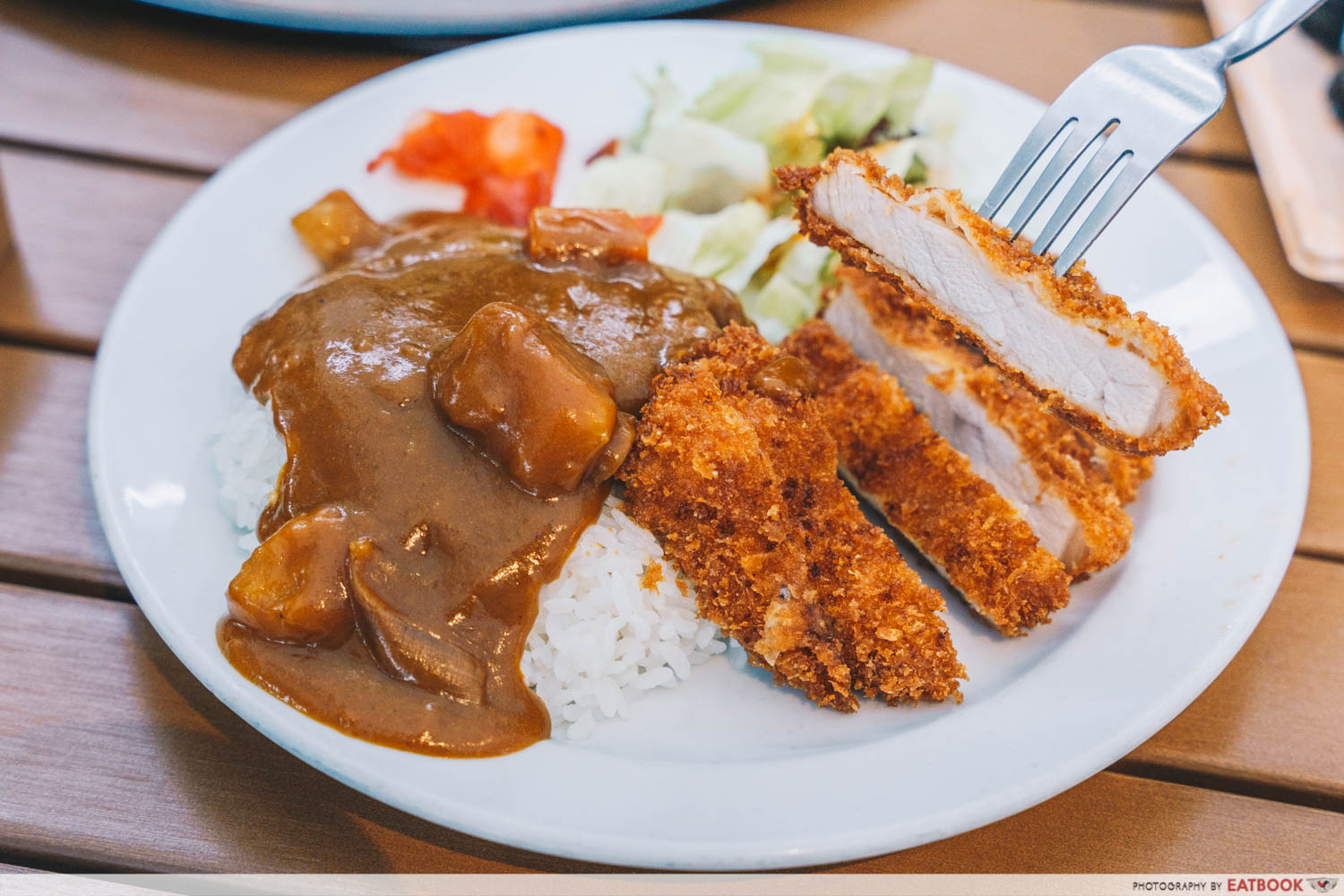 We went with the crowd-pleasing Rousu Katsu ($12.30), which had a pork cutlet katsu and lots of curry. This was served, full of mince and chunky root vegetables, in a gravy boat on the side, which I appreciated.

What’s more, Millenia Walk is offering free parking all weekend! You can also receive a limited-edition MEIDI-YA thermal shopping bag with a minimum spend of $200 at MEDI-YA Millenia Walk, and a tote bag with a minimum spend of $20 at Gokoku, while stocks last. All this is in celebration of MEIDI-YA’s opening, so there’s no better time to head down and check out their new space.

7 Cheap Sushi Places In Singapore With Dishes From Just $1.50

For other new openings, Shake Shack‘s new VivoCity outlet is set to open on 1 December. Otherwise, check out our list of seven cheap sushi places in Singapore.

Photos taken by Muhammad Hafiq.
This was a media tasting at MEIDI-YA. 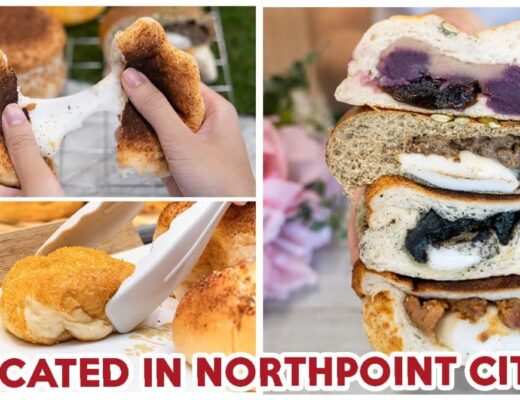 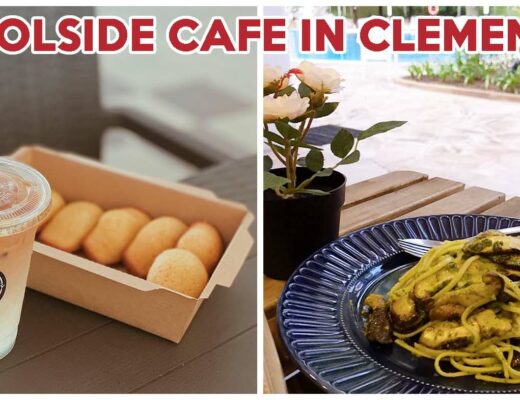