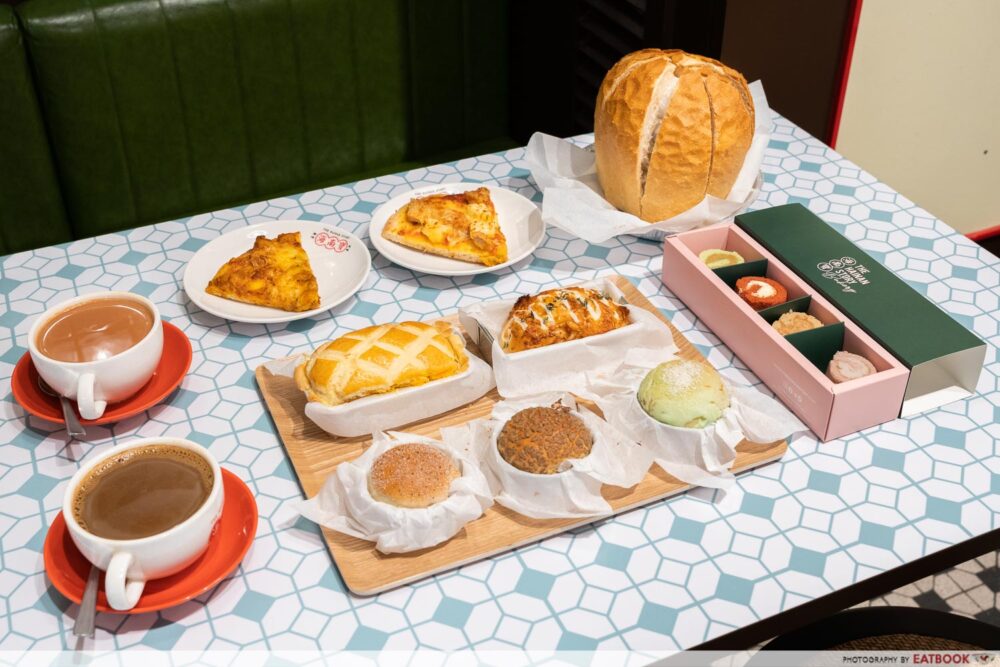 The Hainan Story first popped up on our radar when they launched a 24/7 high tea set at Hotel Boss in Jalan Sultan, before introducing it at their Bukit Panjang outlet too, albeit not around the clock. Their latest concept is The Hainan Story Bakery, which has just opened at Hillion Mall. 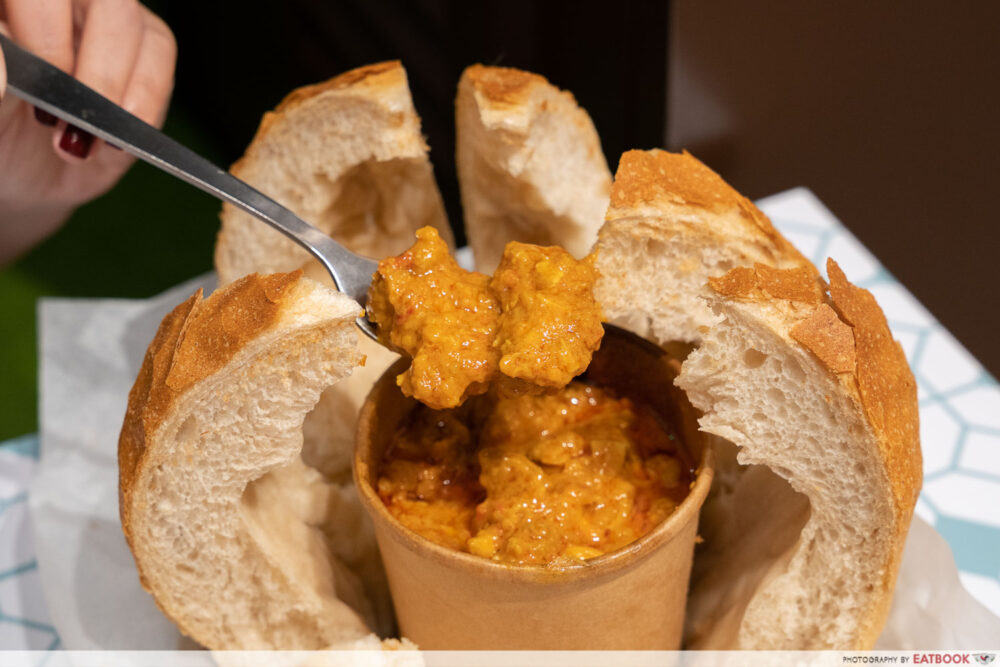 We were pleasantly surprised by how much we enjoyed the Hainanese Curry Sourdough Bomb ($19.80), a family-sized sourdough bun with a generous portion of Hainanese curry chicken inside—boneless, and chock full of potatoes. 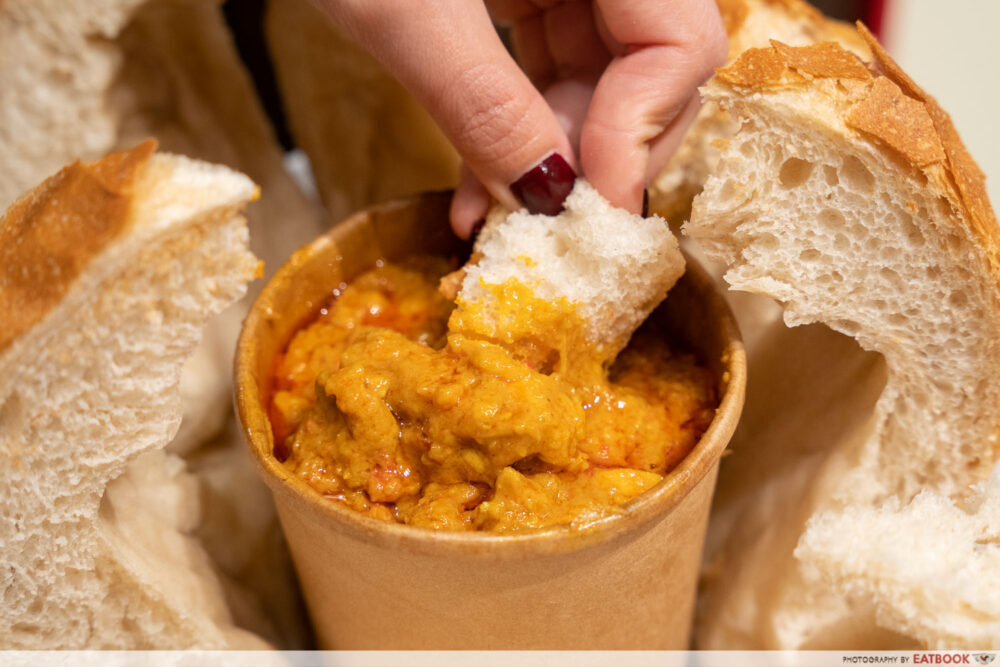 Not only was the bread lightly crusty when fresh, and pillowy soft within, the curry was aromatic with lemongrass, and we particularly liked how it was chunky, rather than more gravy than liao. Here’s good news for those who find there’s too much bread and too little curry: extra portions of this same curry are available for sale at $10.80 a tub. There are only limited extras a day, though, so it’s best to go early, or put in a pre-order. 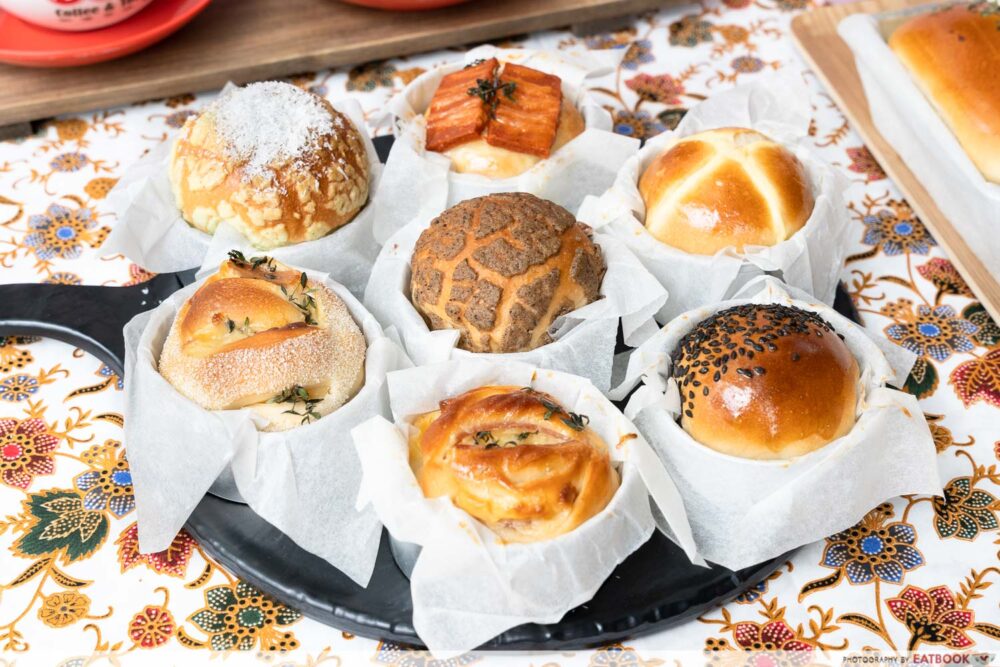 The bread menu at The Hainan Story Bakery sees two categories: Classic Big Buns ($3.80), of which there are six, and eight Mini Buns ($1.90). All of these are baked fresh daily in traditional tins, from which they’re unmoulded to order. 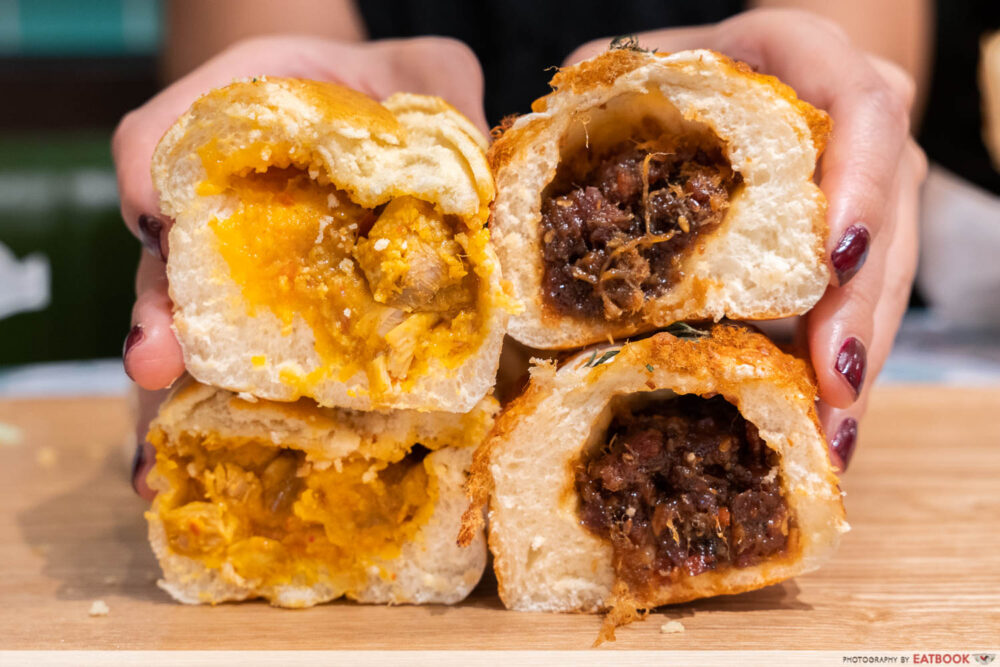 Of the Classic Big Buns, the Bak Kwa Pork Floss Bun was an easy favourite. Like all the other filled buns at The Hainan Story Bakery, it’s extra-generously filled with a moreish mix of the caramelised roast pork slices, and pork floss. Plus points go to the bread for being so light, my dining companion accidentally finished the entire serve without realising it. On the Mini Buns front, the Orh Nee Pork Floss Bun was a hit with its savoury, creamy filling, while the Ondeh Ondeh Coconut Pandan Crispy Crust Bun marries polo bun with the local ondeh ondeh.

The star of the Mini Buns is the Hainanese Kopi Nutella Crispy Crust Bun, for which is there is no clean way of eating. While the kopi taste is barely noticeable, the overflowing Nutella more than makes up for it. 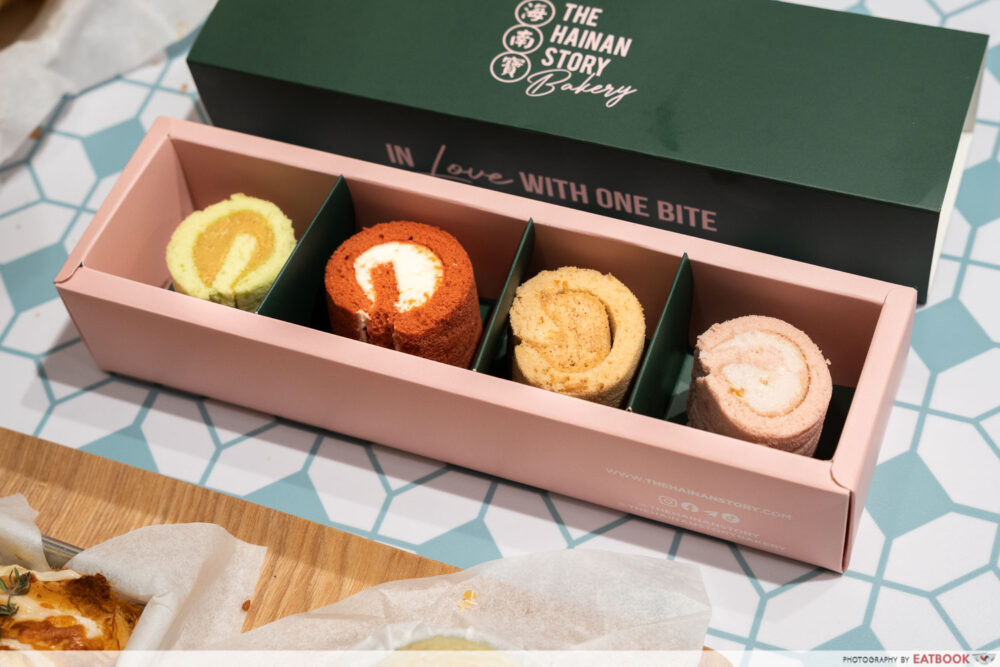 Then there are the Mini Swiss Rolls, sold in boxes of four ($10) or eight ($20), or individually at $2.50 each. The Premium Belgian Chocolate and Orh Nee are existing flavours, created by ex-Antoinette chef Pang Kok Keong, to which they’ve now added brand new ones: Teh Susu, Red Velvet, Ondeh Ondeh, and Oreo. 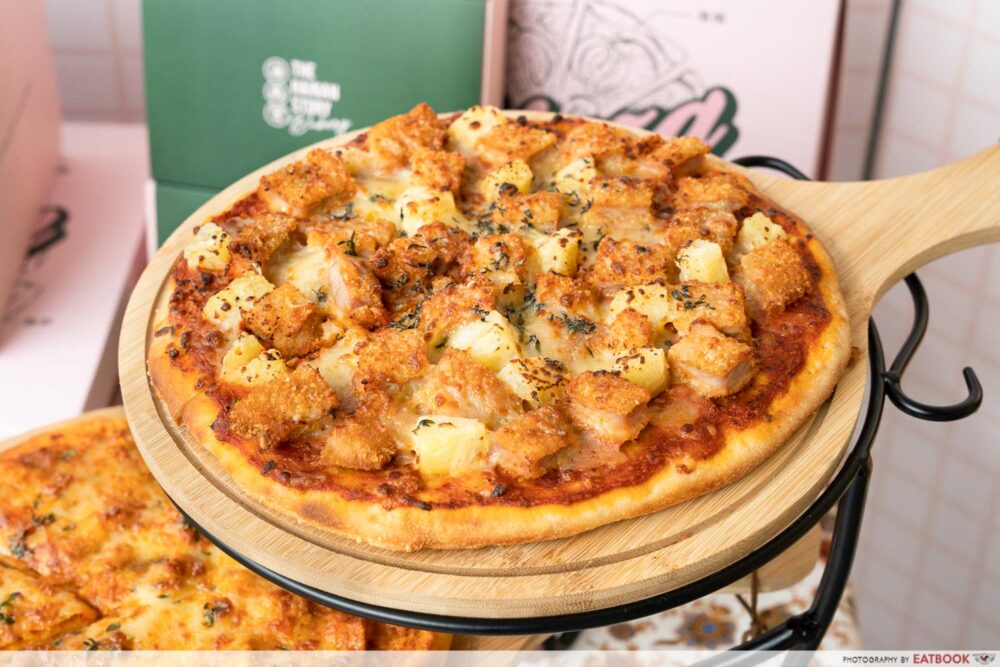 Beyond all that, there are also sourdough pizzas ($24.80) in three variants: Hainanese Curry Chicken, Hainanese Pork Cutlet with Pineapples, and Gula Melaka & Coconut Sourdough Pizza. 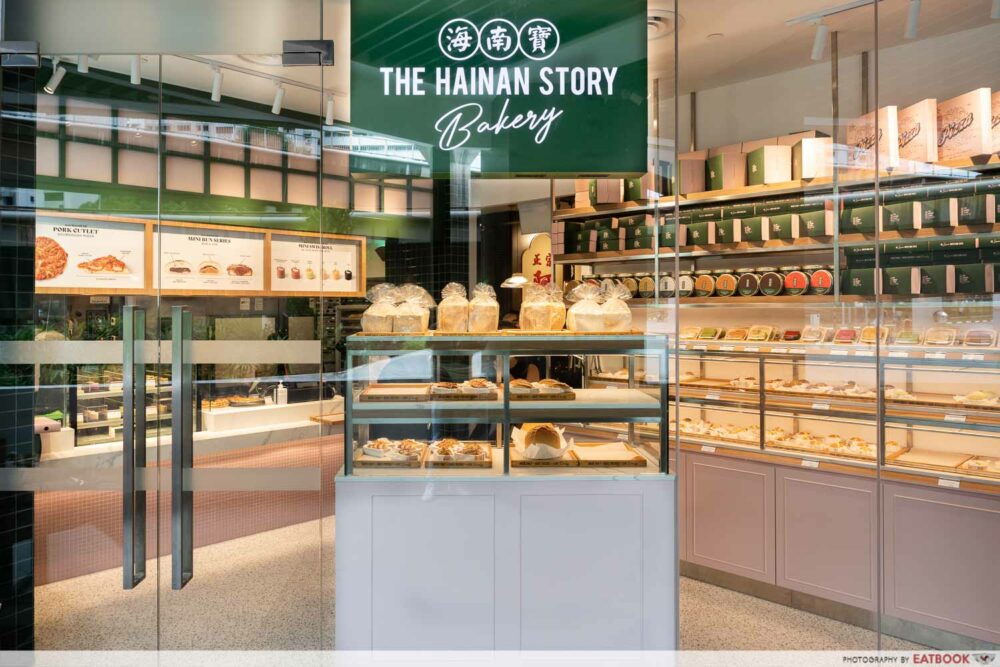 Walk along the perimeter of Hillion Mall, and you’ll see The Hainan Story Bakery’s storefront from the junction of Jelebu Road and Petir Road. From within the mall, look for The Hainan Story, and the bakery is just through the eatery, where you can enjoy your freshly baked bread with a cup of kopi or teh.

For something else in the Bukit Panjang ‘hood, check out Mentai-Ya for affordable, mentaiko sauce-laden bowls. Otherwise, we have a list of traditional bakeries you can work your way through!

Photos taken by Melvin Mak.
This was a media tasting at The Hainan Story Bakery. 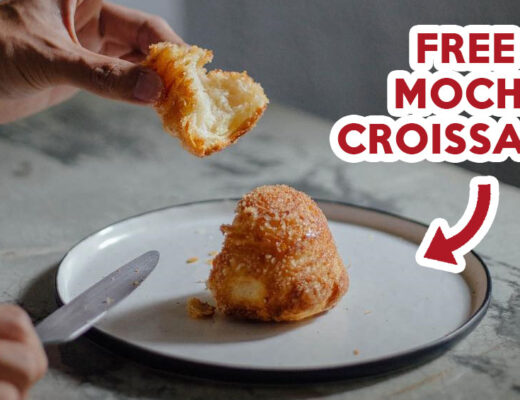 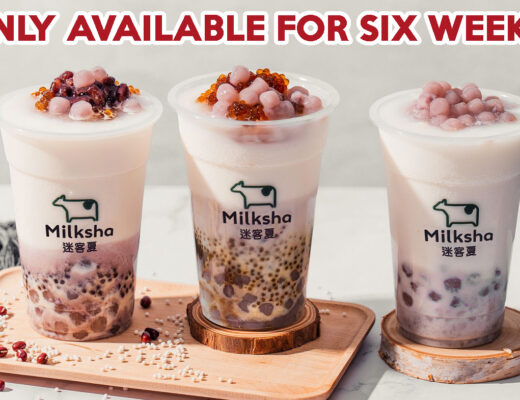 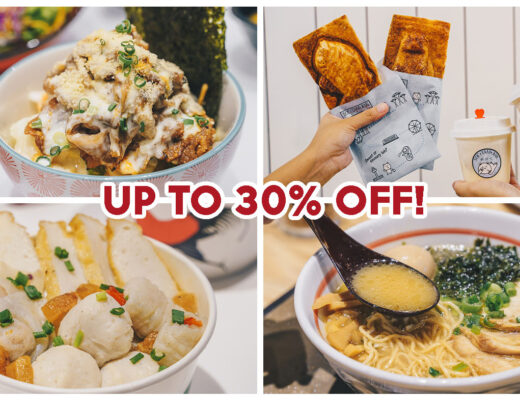