Old-school waffles began as the staple after-school snack for many of us, and have since carried over into adulthood as a midday snack. While we’re most familiar with those offered by Prima Deli, other bakeries have their own twist on this nostalgic treat. Bakery Cuisine at One Raffles Place is an example—the CBD-based bakery has made waves on Instagram for their larger-than-average waffles, and the fact that they offer cream cheese as a filling. 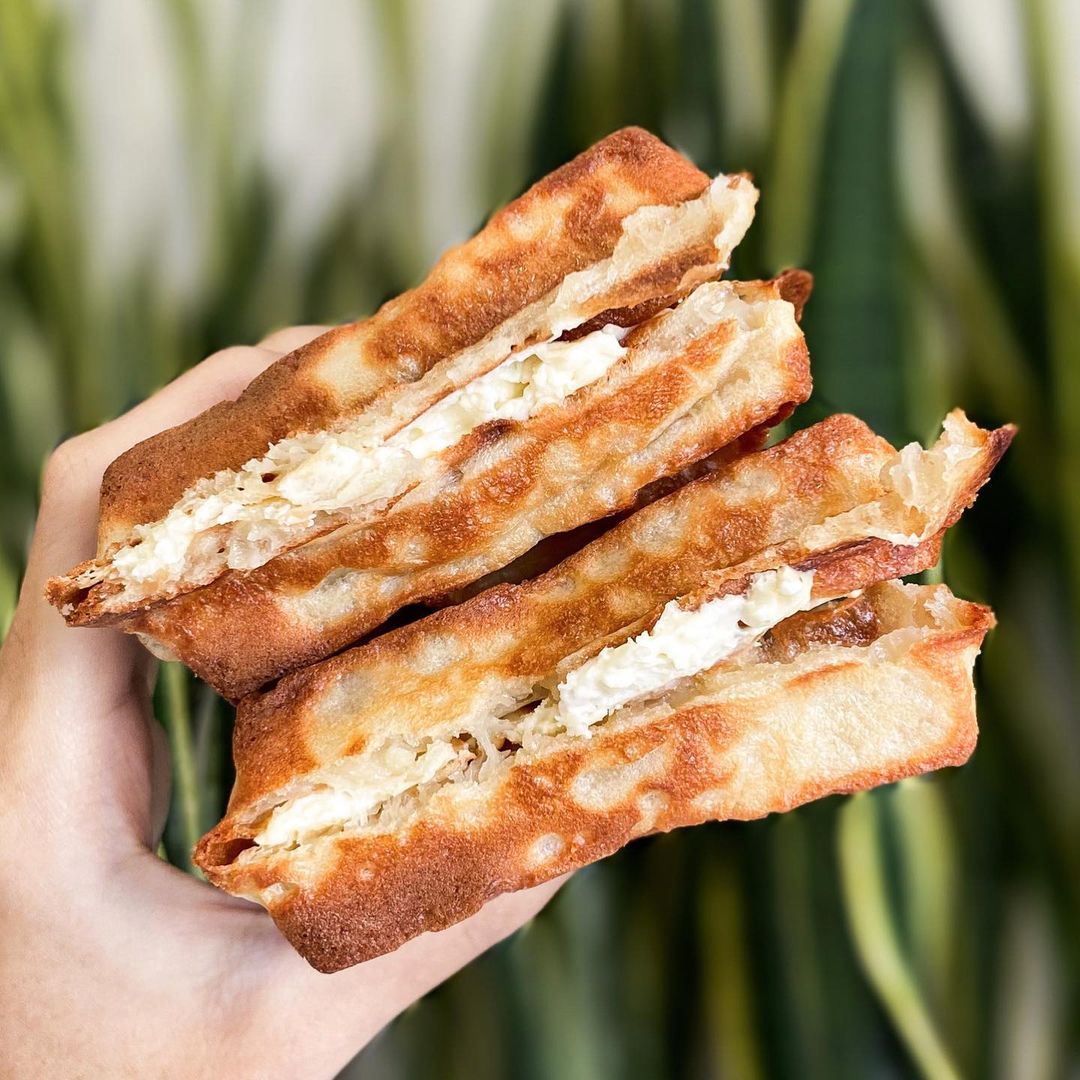 Typically, old-school waffles come with sliced processed cheese as a filling. The unique offering of cream cheese was first spotlighted by foodstagrammer @dairycarbs, who touted them as the best bakery waffles. Described as thick, with crispy edges and “golden, kueh-like insides”, the waffles are slathered with milky cream cheese to serve. Because the waffles are warm, the cream cheese turns into a gooey, decadent spread.

Another foodstagrammer, @muchmunchh, doubled down on praising these waffles’ kueh-like texture, which is rare amongst bakery waffles, as those tend to favour crispiness. 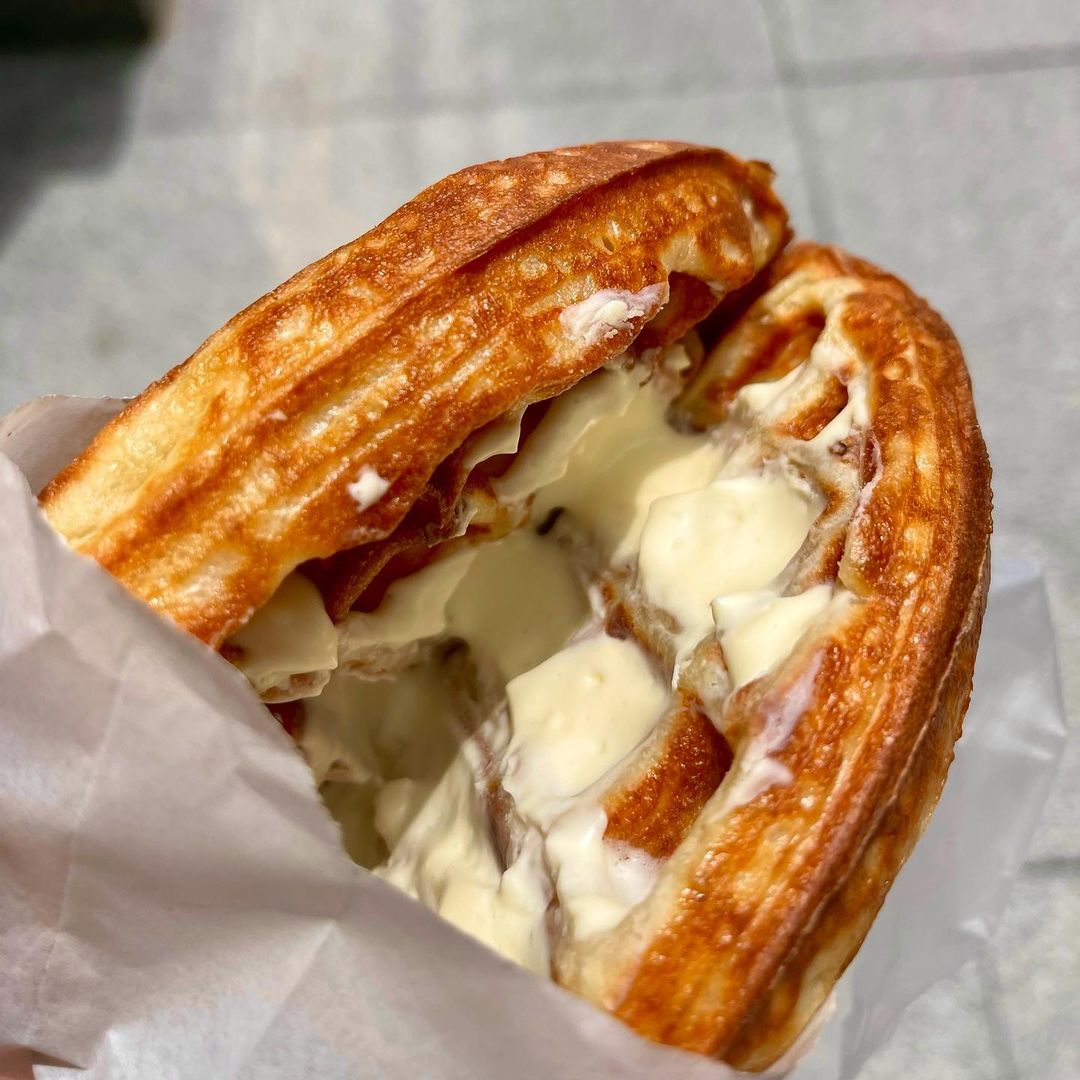 The cream cheese waffles are priced at $2.20, along with their other standard flavours. These include peanut butter, blueberry, sliced cheese, butter, chocolate, kaya, strawberry jam, and red bean. 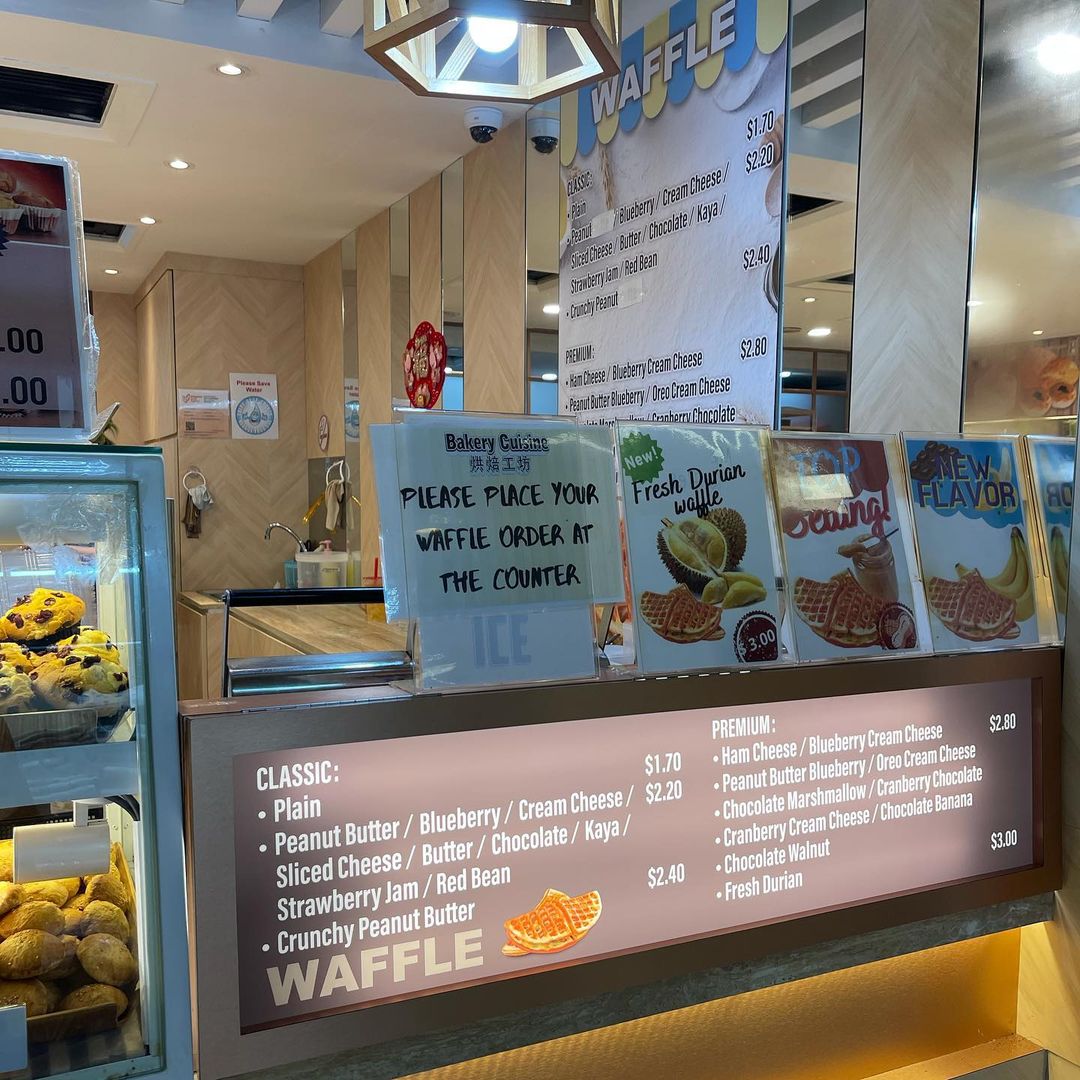 For $2.40, you can get crunchy peanut butter as a spread. There’s a premium filling tier, where you can get fillings such as ham and cheese, blueberry cream cheese, Oreo cream cheese, chocolate marshmallow, and chocolate banana. All these and more premium spreads are priced at $2.80. Finally, you can also get fresh durian as a filling for $3.

If you prefer your waffles plain, those are priced at $1.70.

Bakery Cuisine is situated amidst the Raffles Place MRT Station sprawl of food and beverage outlets, at unit #B1-37.

To satisfy more baked goods cravings, check out our guide to traditional bakeries in Singapore. Otherwise, pay a visit to any of the eateries on our ice cream and waffle cafes guide for a sweet treat. 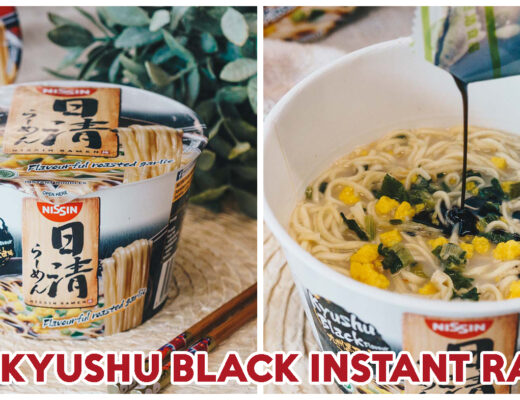 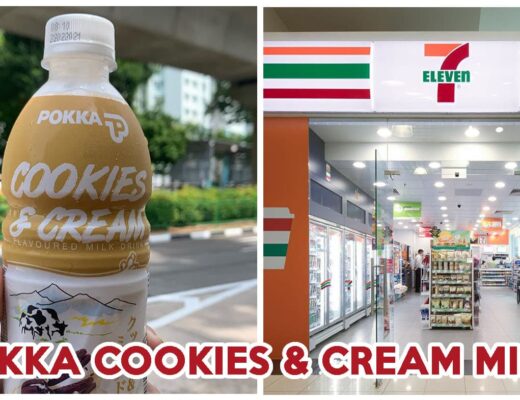 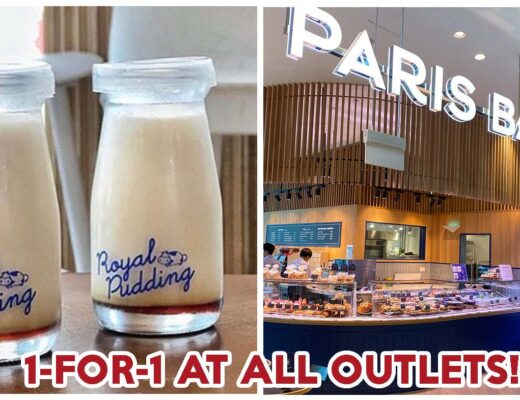