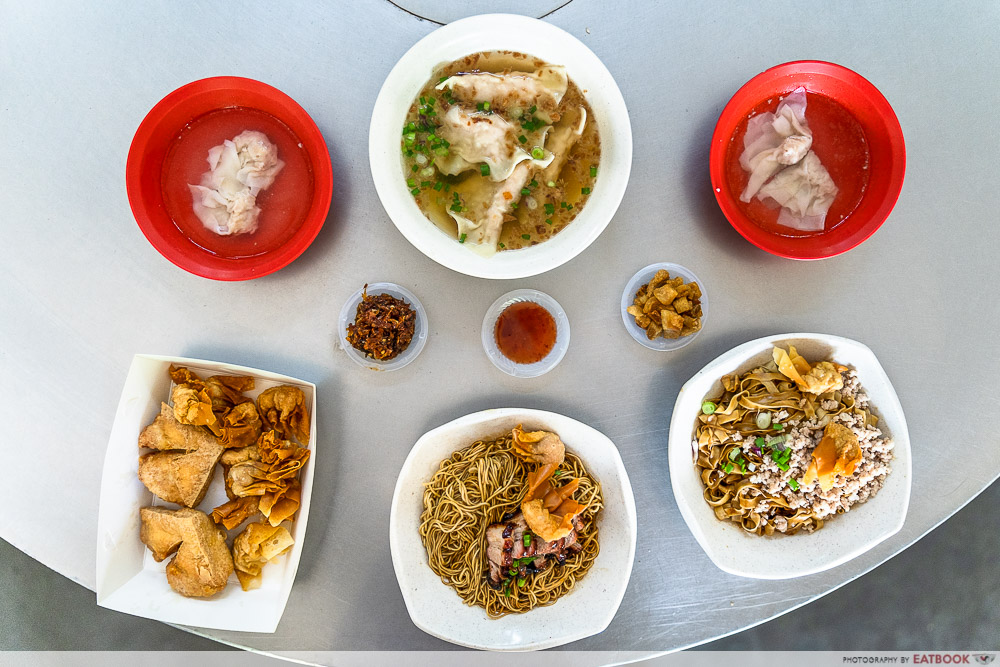 If you love wonton mee and a good deal, put Restoran Wantan Mee DS on your list of places to go when you’re in JB. Serving up KL-style wonton mee, which is typified by its sauce blend of lard oil and dark soya sauce, this eatery even makes the noodles in-house! 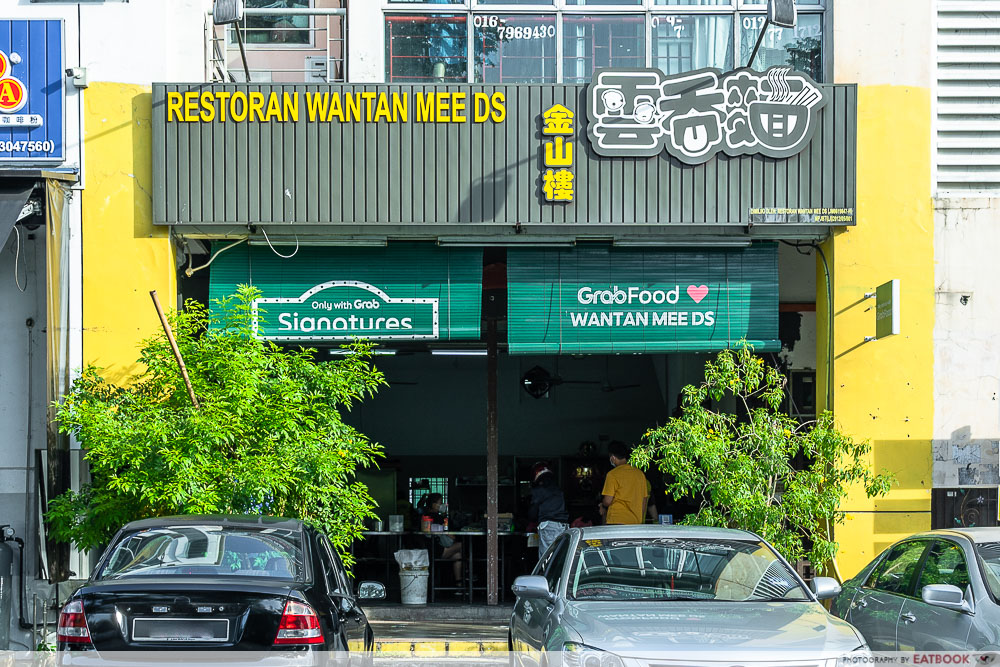 Wantan Mee DS operates out of a standalone shop next to a corner coffeeshop, just in case Google Maps or Grab doesn’t point you directly to this unit. 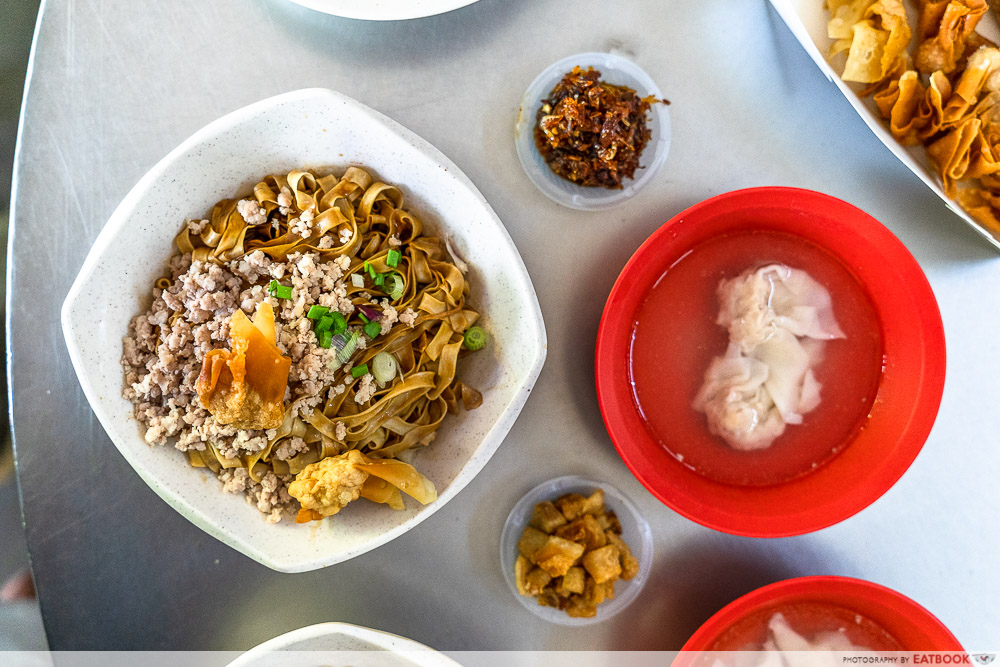 One of the star dishes at Wantan Mee DS since their inception in 2011 is Minced Pork Noodle (from RM4.80/~S$1.60), which comes with fried and soup wonton, as well as a heaping pile of minced pork on an enormous portion of noodles. If you opt for mee pok or mee kia, these egg noodles are made in-house daily, and feature a firm springiness in each bite. They won’t ask what sauce you prefer with your noodles, so be upfront and tell them when you order! What you don’t have to indicate is whether you want chilli or not—their uber fragrant house-made hei bee chilli, pickled green chilli, as well as gloriously crisp cubes of fried pork lard, come in massive tubs near the front of the shop. Help yourself to as much as you want! 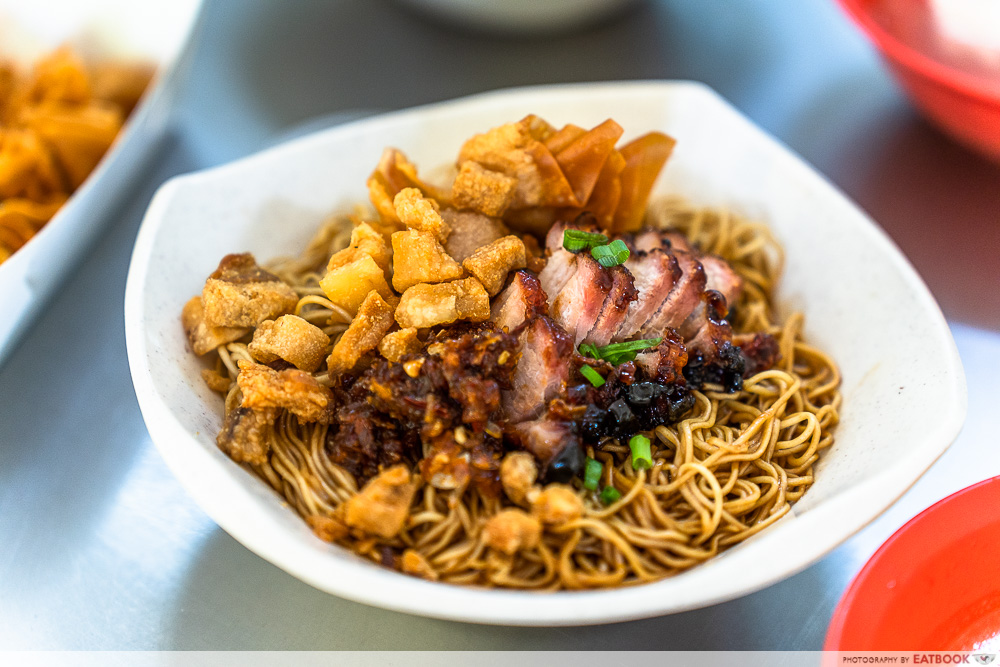 The other signature dish on the Wantan Mee DS menu is BBQ Pork Noodles (from RM5.80/~S$1.90), which replaces the minced pork with slices of fatty, charred char siew that’s roasted fresh each morning. While the wonton doesn’t contain very much meat, the house-made Dumpling Soup (RM1.50/~S$0.20 for one piece) does. 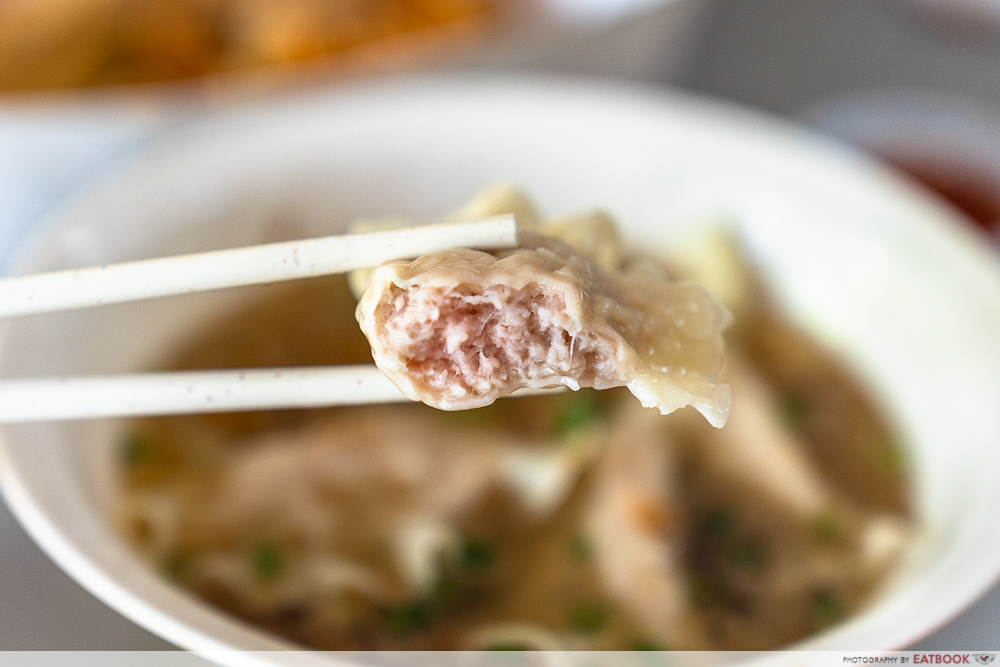 Like the wonton, these are also wrapped by hand on the premises, and come in hefty-sized pieces. 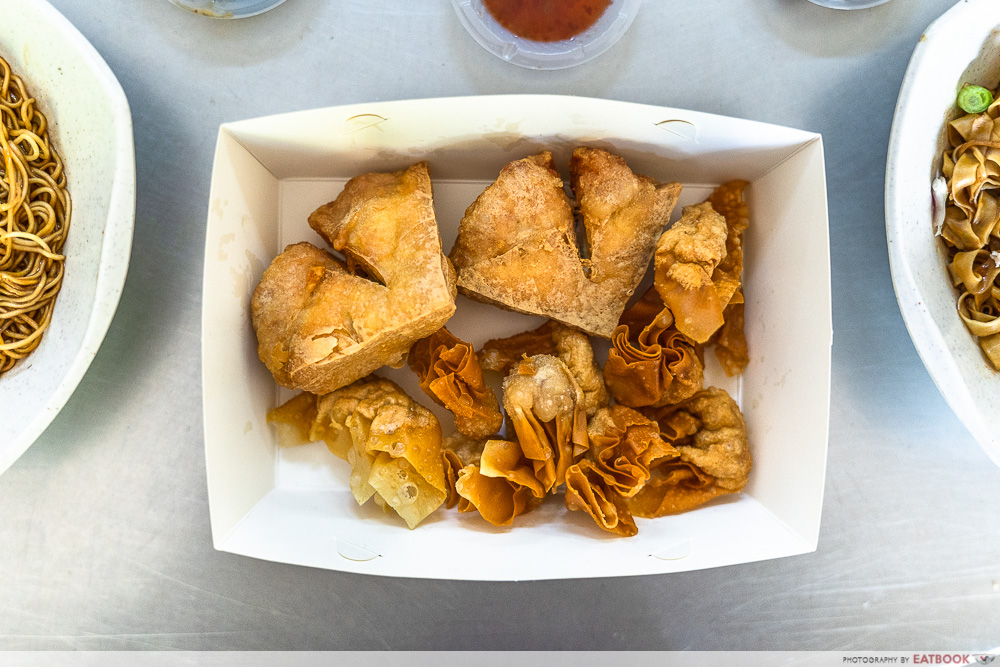 If wonton mee is your jam, we’ve put together a list of where to eat wonton mee in Singapore! Otherwise, check out our list of JB hawkers to head to on your next trip in.

Photos taken by Brad Harrison Lee.
This was an independent visit by Eatbook.SG 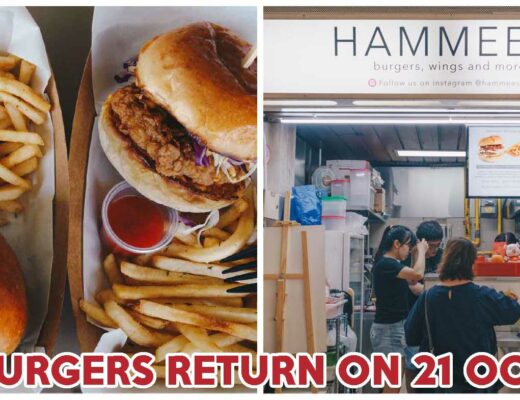 Hammee’s Brings Back Their Handcrafted Burgers, Now With Improved Recipes 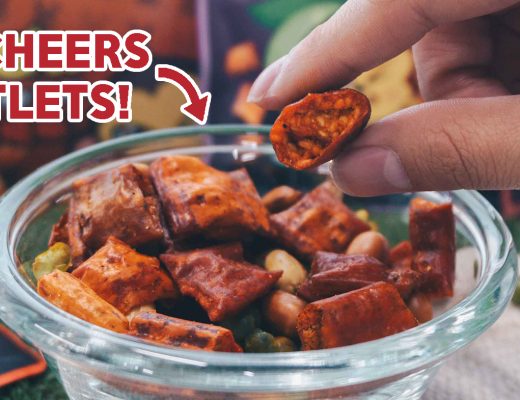 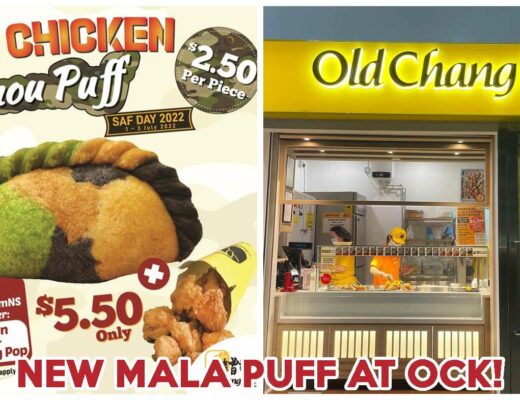