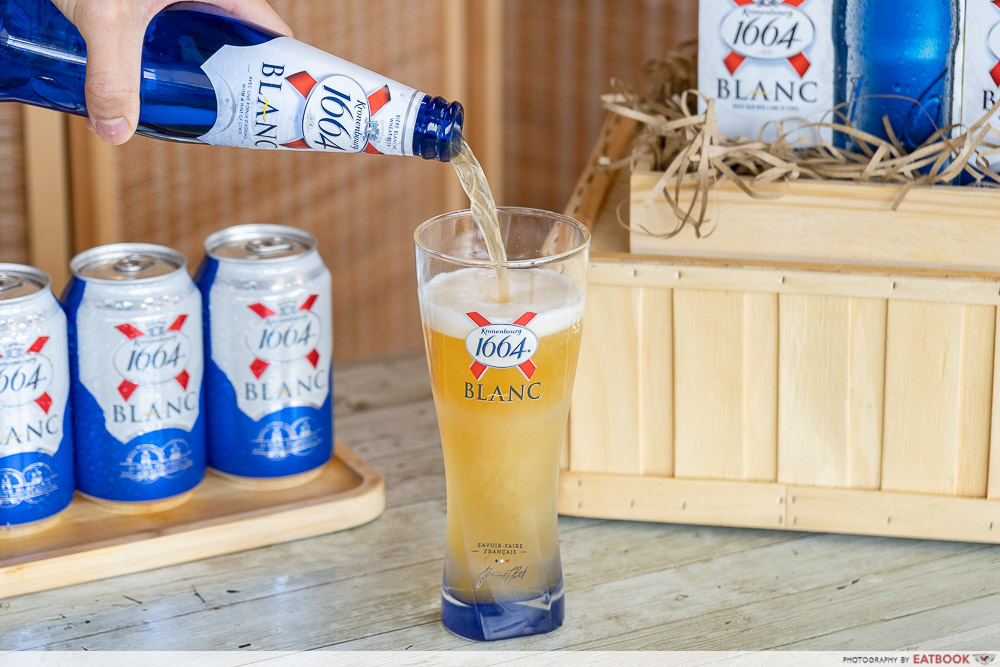 The 2022 edition of the Michelin Guide Singapore has recently been announced, with 52 local restaurants earning stars this year. If you’d like to treat yourself to a Michelin-starred meal in light of the recent results, consider holding off the rush to make a reservation, because you may have the chance to win said meal instead, thanks to Kronenbourg 1664. 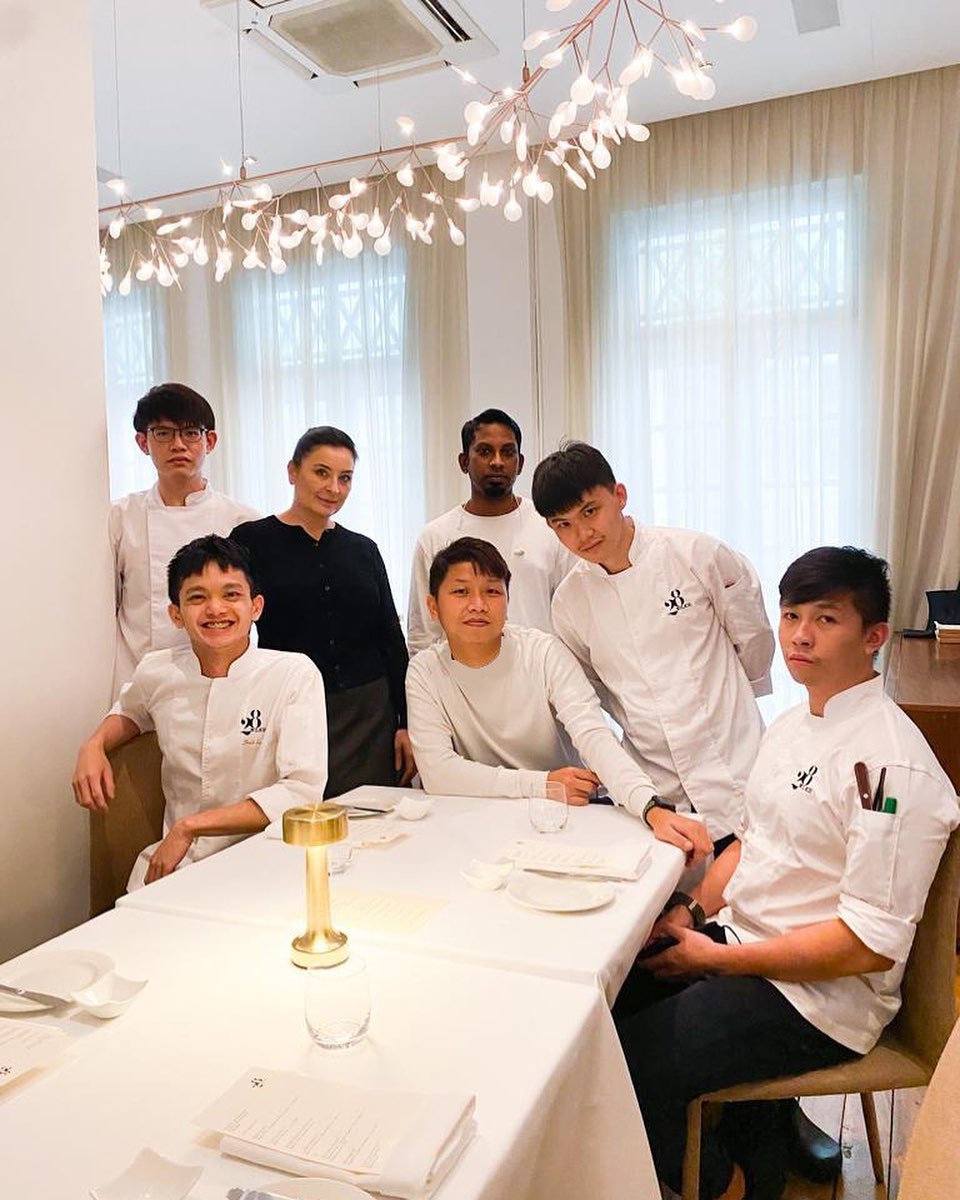 The French beer titan is the official beer partner for the Michelin Guide Singapore this year. They’re offering locals a chance to win a Michelin-starred dining experience for two at 28 Wilkie via a lucky draw. The restaurant was recently awarded one Michelin star. 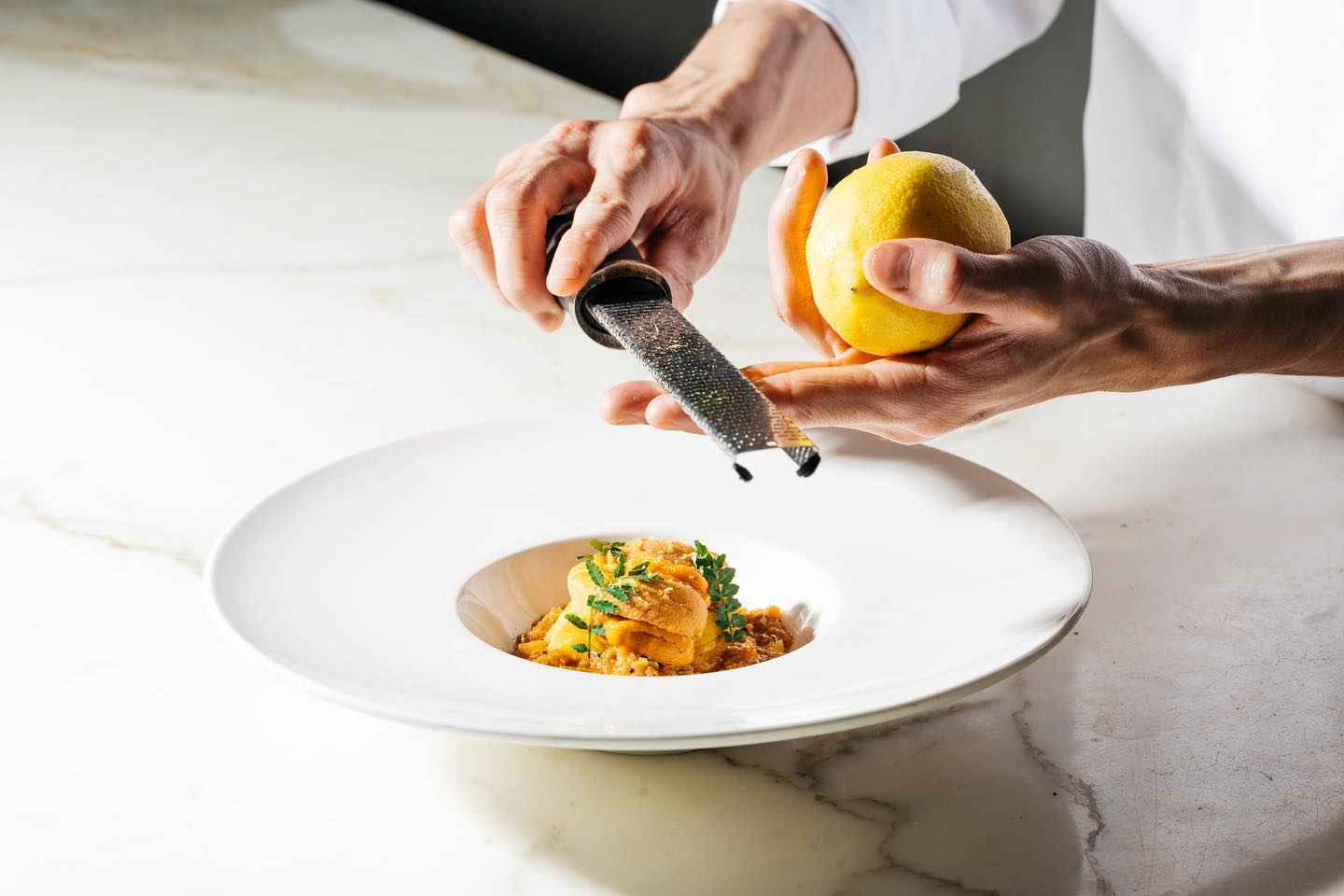 20 lucky couples will stand a chance to win a dining experience from 28Wilkie, from now till 31 August. Each voucher is worth a whopping $600! 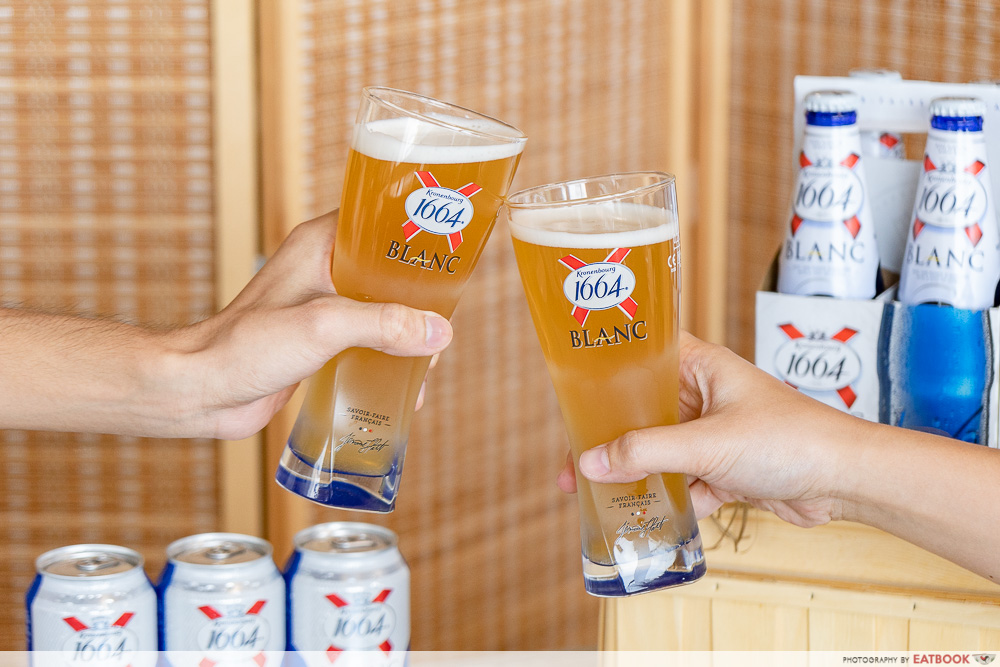 You must purchase an eight-can pack of 1664 Blanc or two four-can packs of 1664 Rose at any leading local supermarket. These include FairPrice, Cold Storage, Jason’s and Sheng Siong. Then, submit your receipts to stand a chance to win.

If you’re going to the supermarket to restock your beer stash, head straight for the Kronenbourg 1664 brews, as you could be one of the lucky 20 winning a Michelin-minted feast. 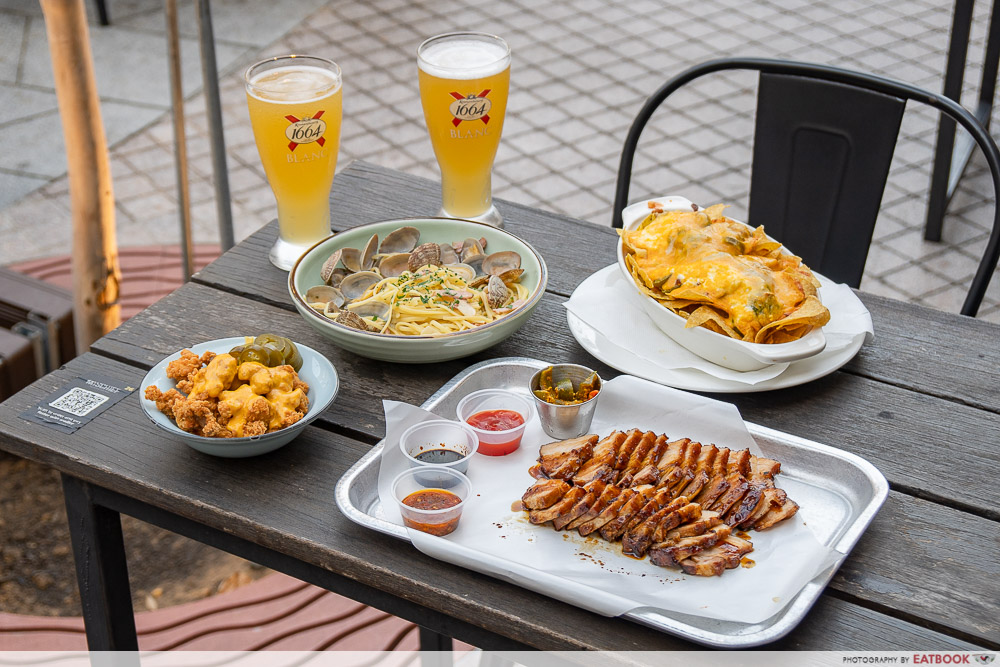 For those who’ve not tried 1664 Blanc, here’s the lowdown on how it tastes: these light, refreshing wheat beers are often praised for their notes of citrus and sweet white peach, underscored by a delicate spice. In our opinion, they’re great for easy drinking, even for beer newbies. Also, they pair very well with food, especially Asian fare, because of how clean and crisp the flavours are. 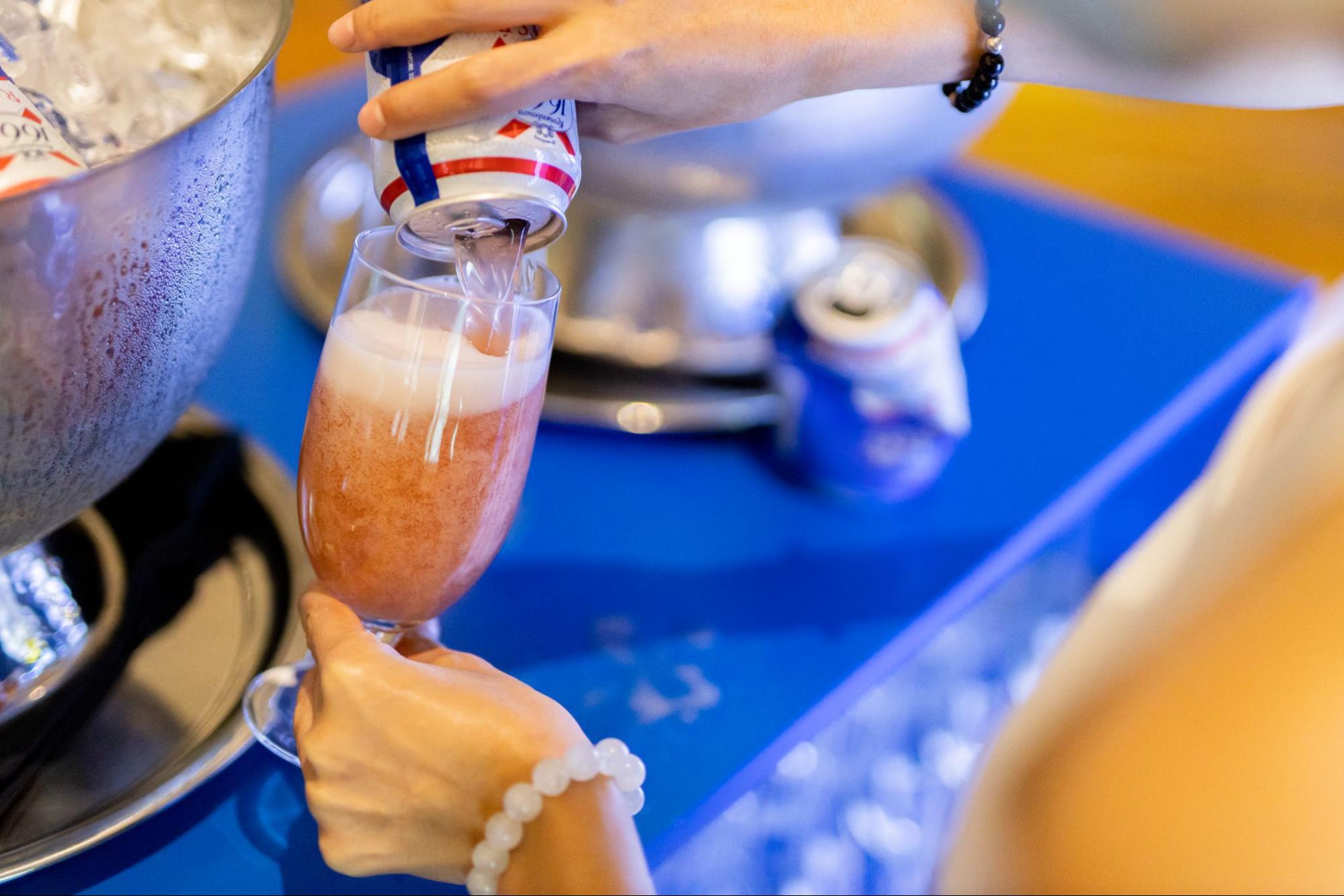 Drinkers who want something more discernibly fruity to quench their thirst ought to try the 1664 Rosé beer. 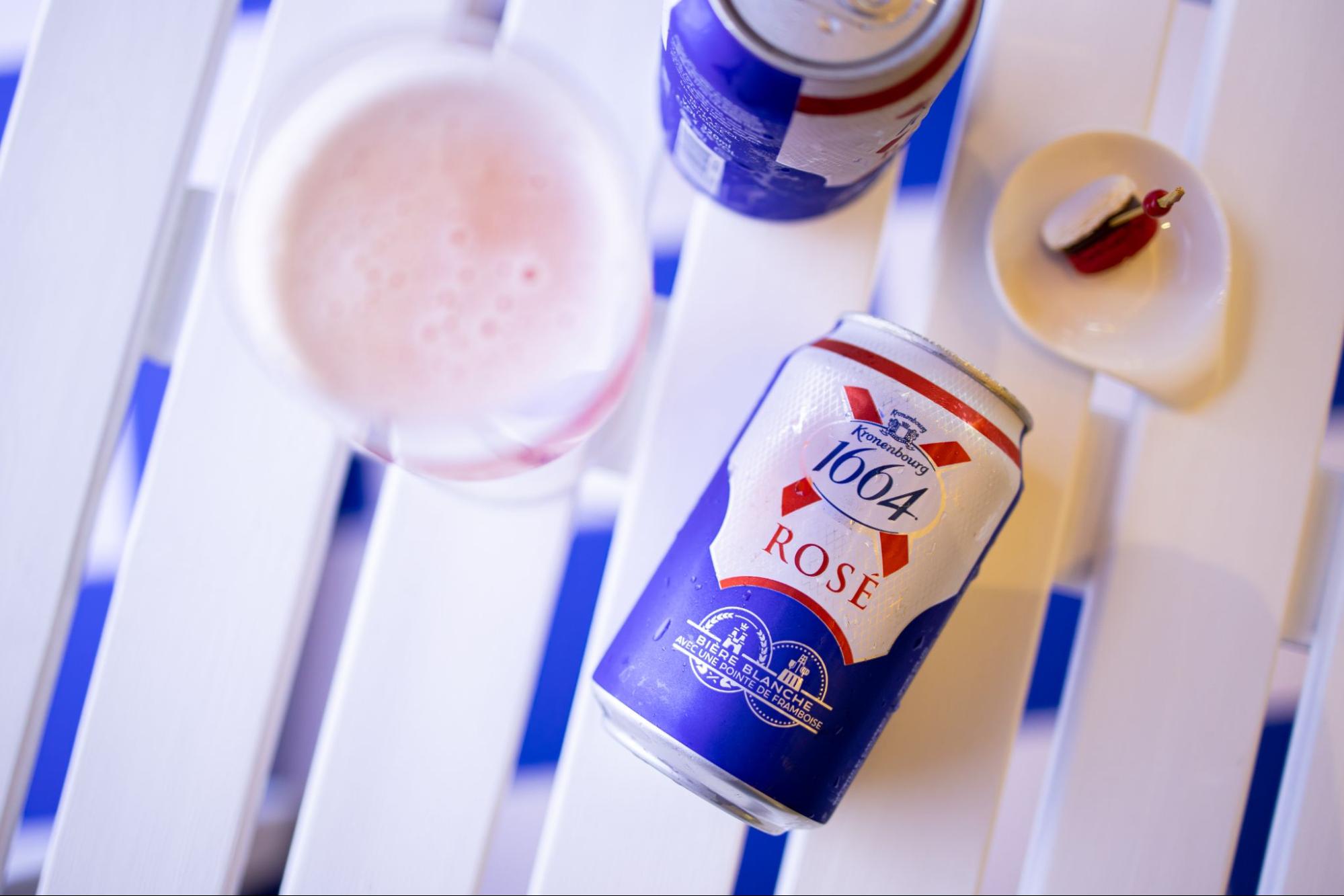 This pink, amber beer is a light and refreshing wheat beer laced with notes of raspberry and exotic fruit—lovely to sip on as an aperitif, with dessert, or when the Singaporean heat just gets too much.

Currently, Kronenbourg 1664 beers are sold in 320ml cans, or in 330ml bottles. The cans can be purchased in packs of four or eight, while the bottles are only available in packs of four.

Apart from the Michelin-starred dinner, purchasing Kronenbourg 1664 also entitles you to get a 12-piece cutlery set from the global leader in tableware, WMF, for just $9.90 (U.P. $89) in NTUC Fairprice. All you have to do is show proof that you’ve spent at least $65 on Kronenbourg 1664, whether it be the 1664 Blanc, Rosé, or lager.

For all other supermarkets, you can get the WMF 12-piece cutlery set as a gift with purchase with every $100 spent on Kronenbourg 1664.

To participate in the lucky draw, you can submit your receipts via the links below:
For FairPrice Shoppers
For all other supermarkets

Photos taken by Keith Kok.
This post is brought to you by Kronenbourg 1664. 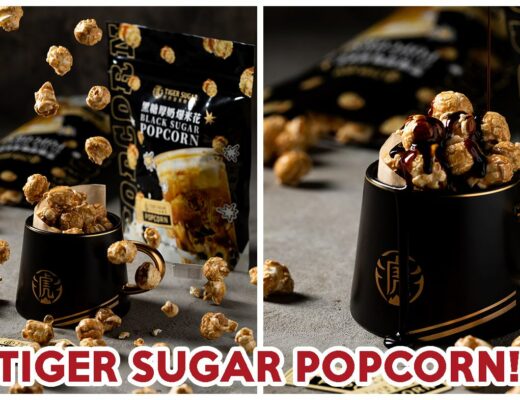 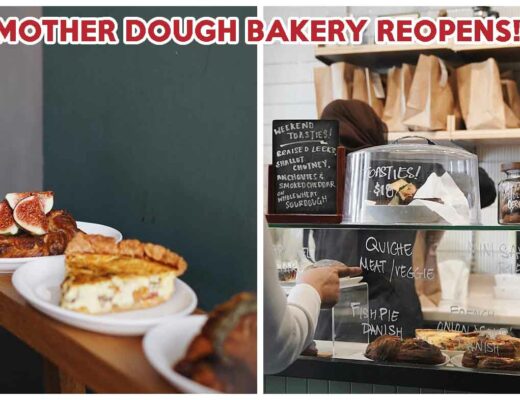 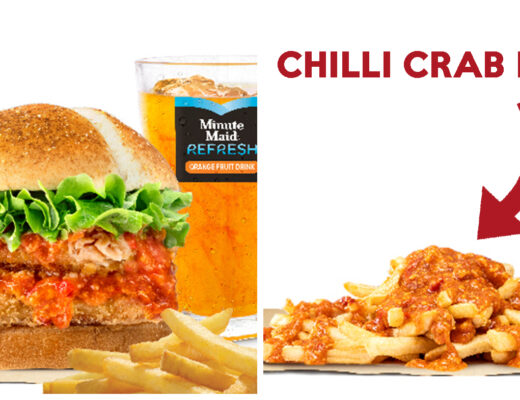