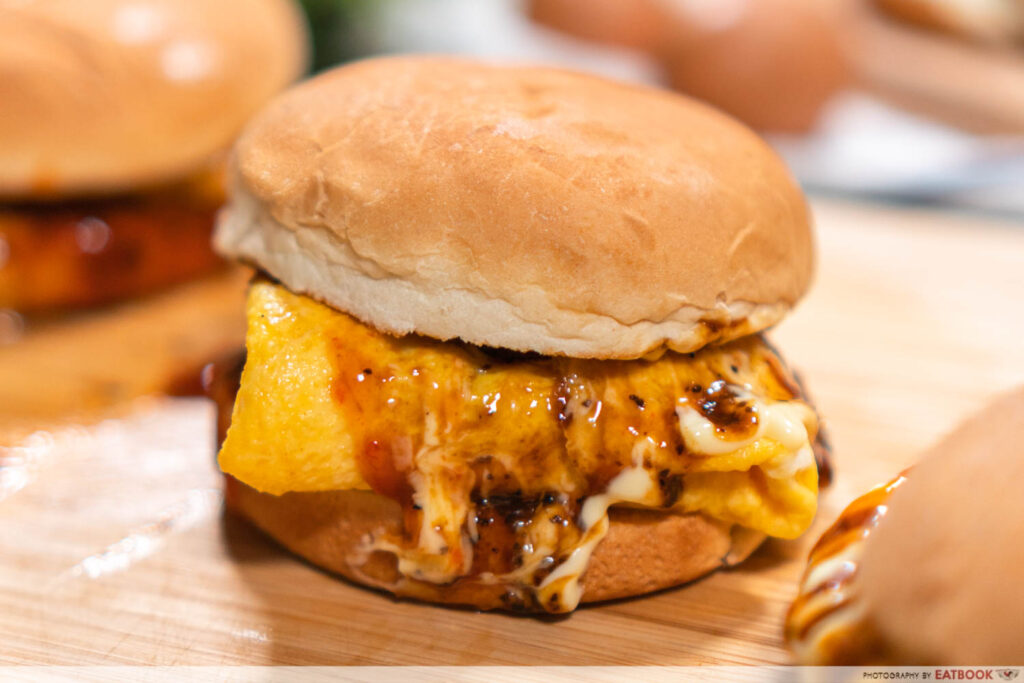 Burgers in Singapore have come a long way since the first McDonald’s at Liat Towers in 1979 – and have never fizzed since, with a wide range of choices available islandwide. A quick look at the scene today reveals international chains such as Fatburger, Black Tap, and most recently, Shake Shack coming fresh off the grill.

Despite all the flashy burgers, there’s one that has remained the closest to Singaporeans heart and that’s Ramly Burger. Commonly found in Malaysia and Singapore, this affordably priced street food is undoubtedly the burger of choice at pasar malams.

It pains me to learn that this humble burger has gotten increasingly pricey. At an average of $4 per burger, it’s no longer a wallet-friendly alternative to fast-food burgers. Heck, it’s even pricier than some of them.

This inspired me to make them myself. I’ve experimented with various spices and cuts of chicken, but eventually settled on this simple concoction that took just minutes to make.

Tasty and most importantly affordable, these chicken patties are similar to the real thing. There are also zero preservatives used – a far cry from the processed stuff used in the real McCoy.

Head to the bottom of the article for the full recipe. 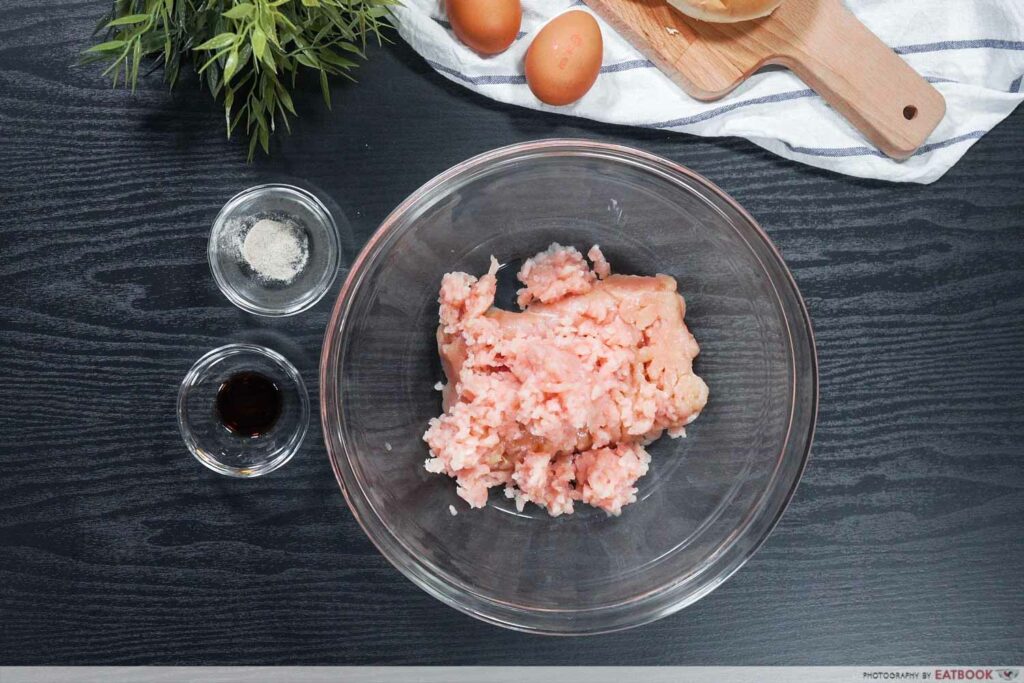 All you need are four ingredients for the patty: minced chicken, salt, Maggi seasoning and white pepper. Minced chicken works best as it has a low-fat content. This makes it very similar to the ones found in Ramly burger. 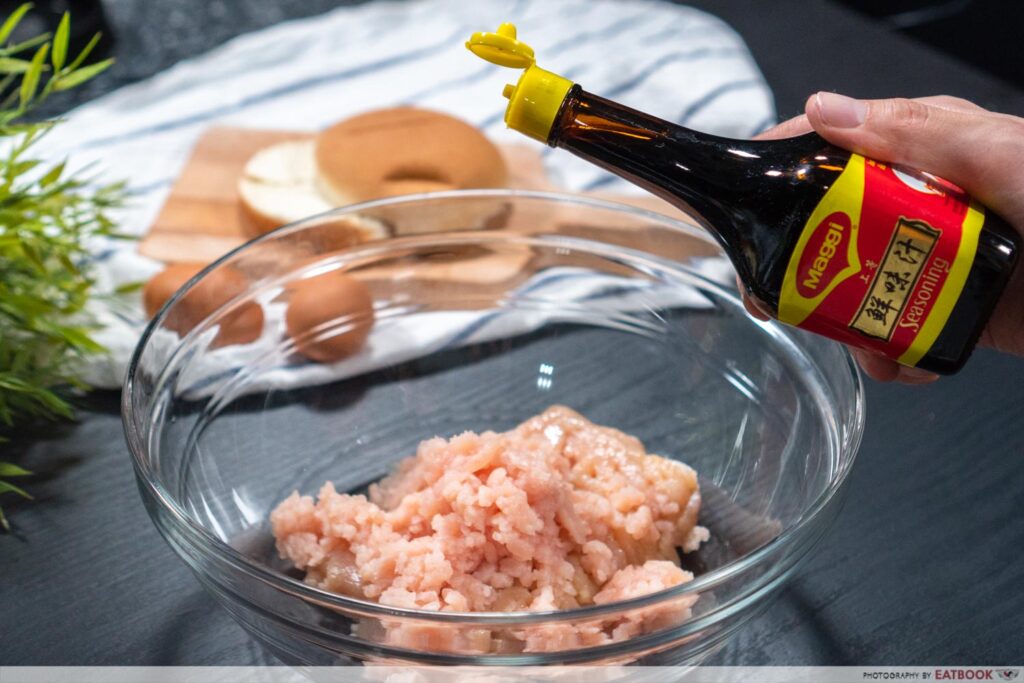 The secret ingredient is a few drops of Maggi seasoning. This concentrated sauce is full of flavourful umami notes and makes for a beautiful marinade. Give everything a good mix and leave them to rest in the fridge for a minimum of 30 minutes. This nicely gels up all the flavours.

I also added a touch of white pepper to give it a bit of heat. If you like your food peppery, feel free to add more. Divide the patties into four equal portions and shape them into medallions. You don’t need to shape them into perfect circles, just form them loosely so that they can cook evenly on the pan. Butter up some hamburger buns. Regular Ramly joints usually use margarine but I prefer butter as it gives more flavour, compared to its vegetable-oil based substitute. Heat up a frying pan on medium heat and lightly toast the buns till they’re golden brown. You might want to watch them carefully, as they tend to burn quite quickly. 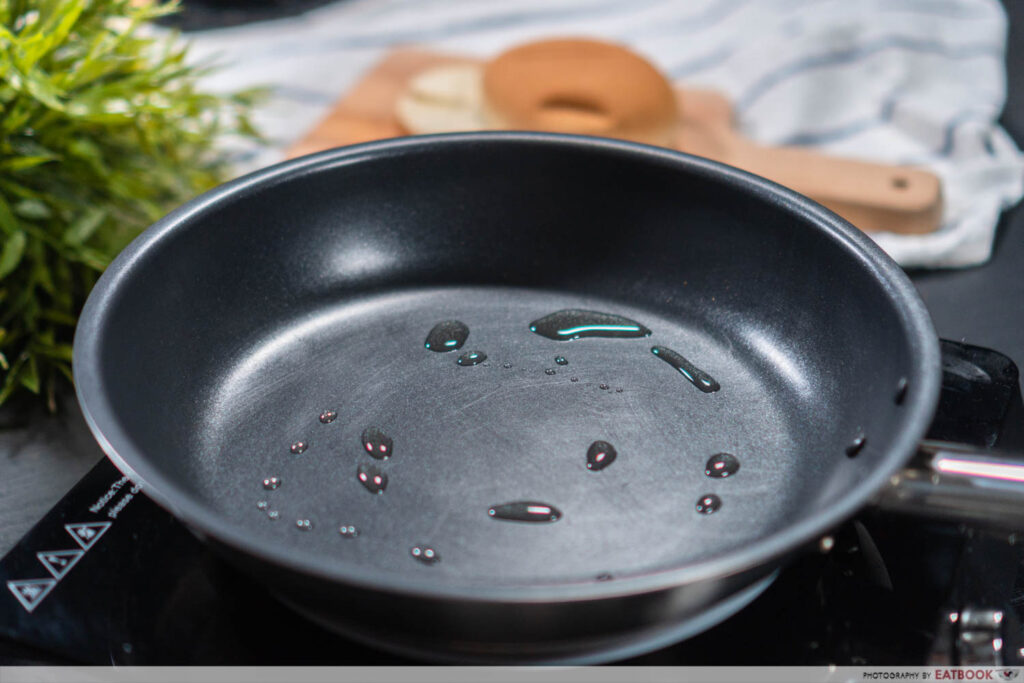 Remove the buns and oil the same pan with a generous splash of vegetable oil. Increase the heat to medium-high so that you can give the chicken patties a good sear on each side. 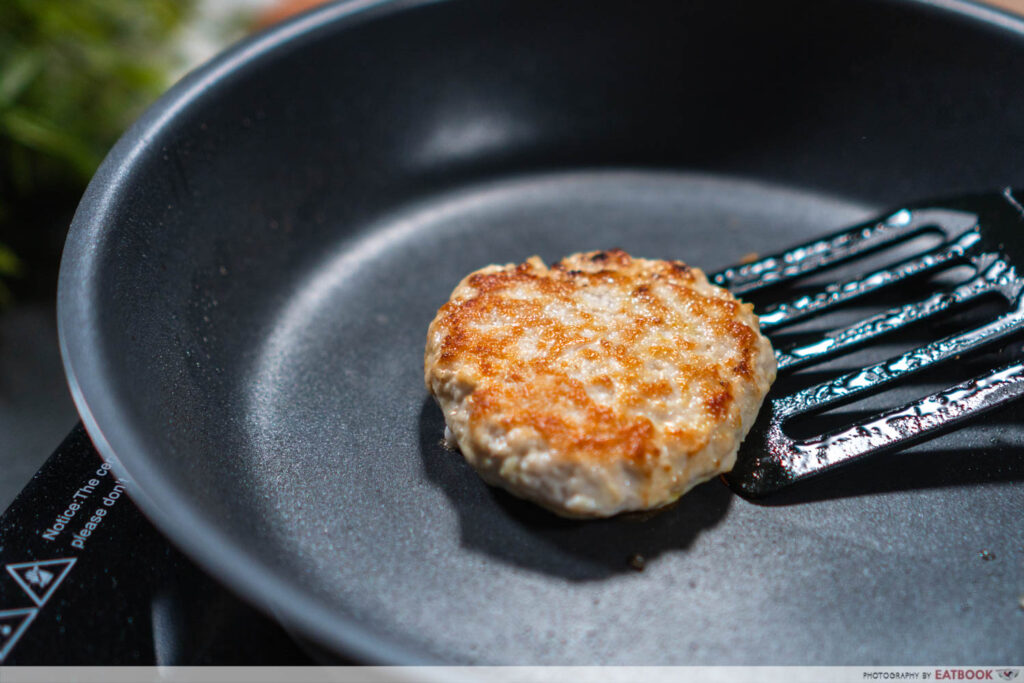 Cook the first side for three minutes before seasoning with salt, Worcestershire sauce, and curry powder.

Flip the patty over and cook for another three minutes.

Notice that these seasonings are added only during the cooking process. This ensures that they are exposed directly to heat, resulting in greater caramelisation of flavours. 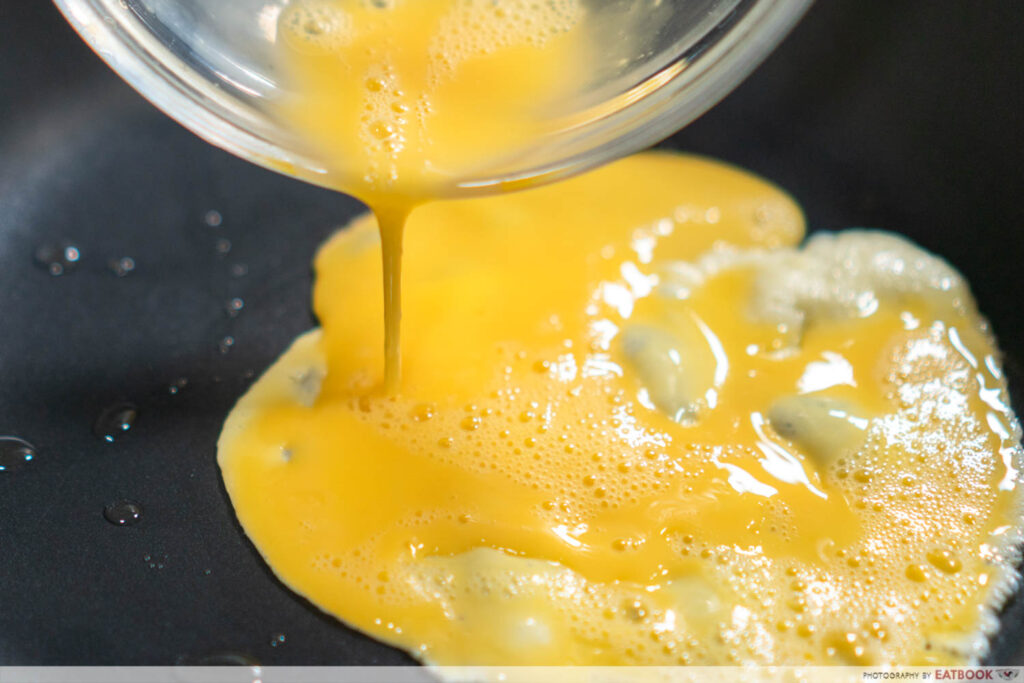 Remove the patties and add a light coat of oil to the same pan. Pour in a beaten egg and swirl it around the pan so that it thins out evenly. 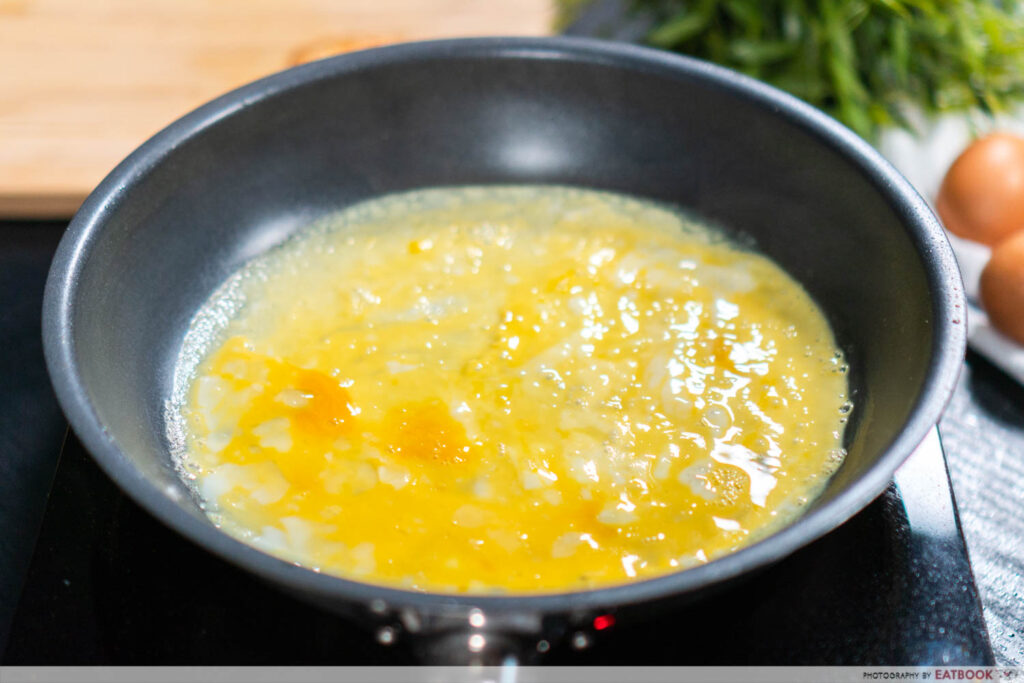 A thinner omelette covers the chicken patty better, resulting in a wider blanket that wraps everything up beautifully.

It’s also good to scrape down the sides of the egg during the cooking process so that it’ll be easier to flip them later. 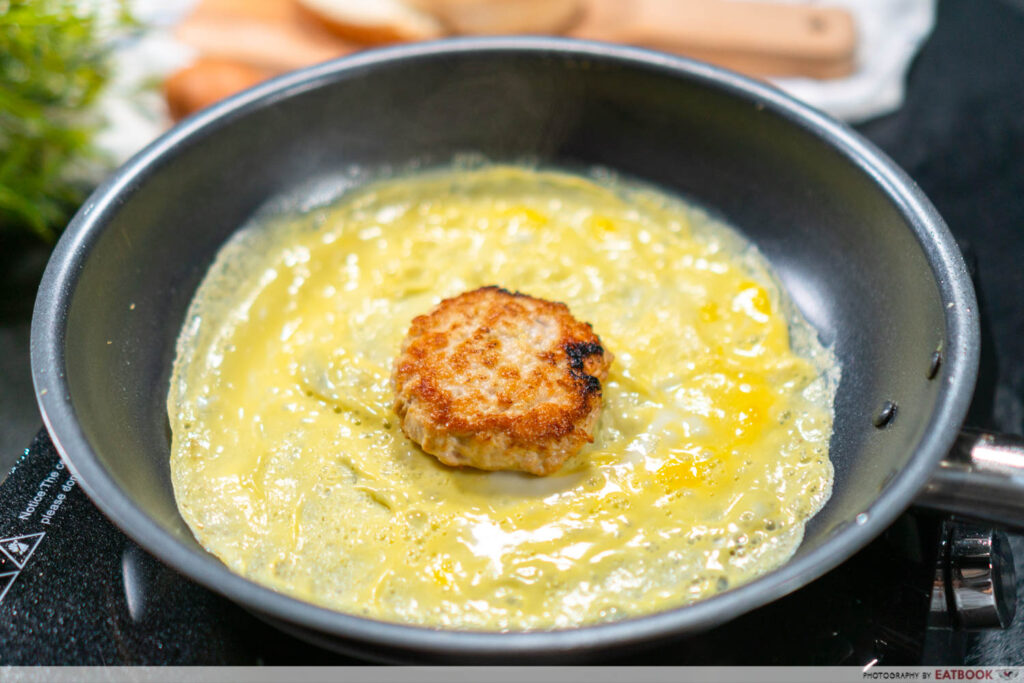 When the omelette is cooked through, with no runny egg in the centre, switch off the heat and place the chicken patty back in the middle. 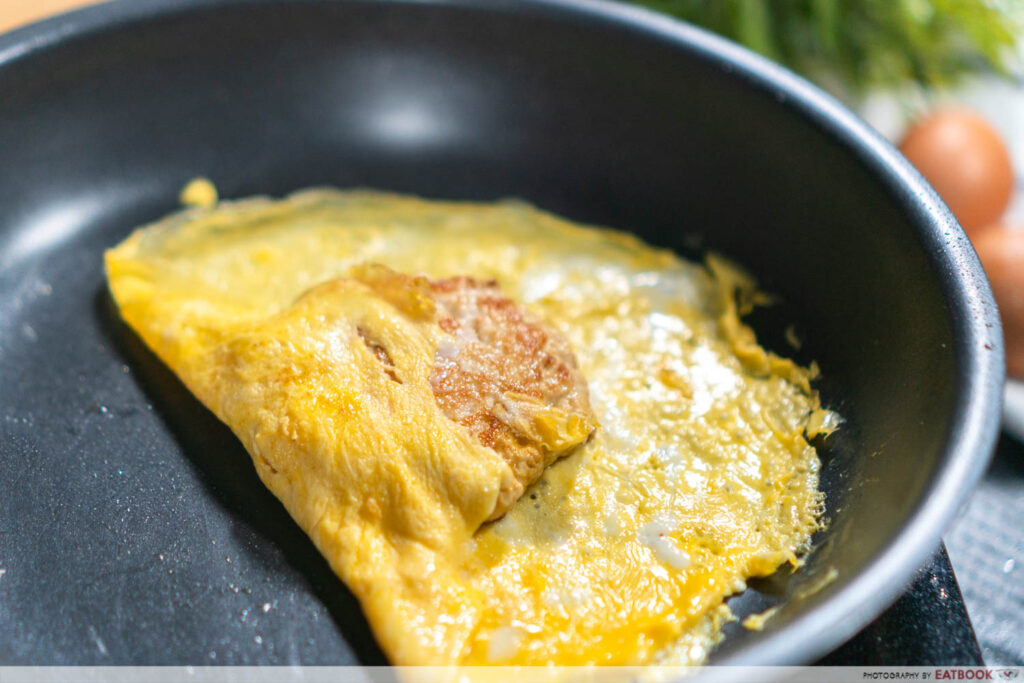 Fold each side of the omelette over the chicken patty. The egg might break so try to be as gentle as possible. 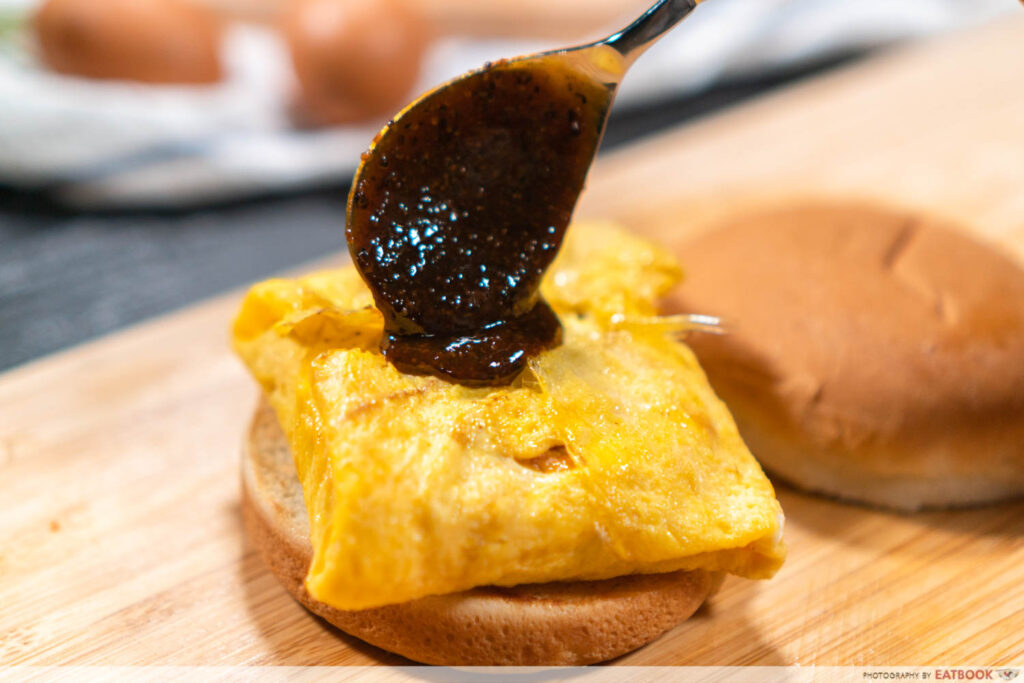 The final product should look like a parcel. Place the omelette-wrapped patty on the toasted buns and add a scoop of black pepper sauce. You should be able to get this ready-to-eat black pepper sauce from the supermarket. 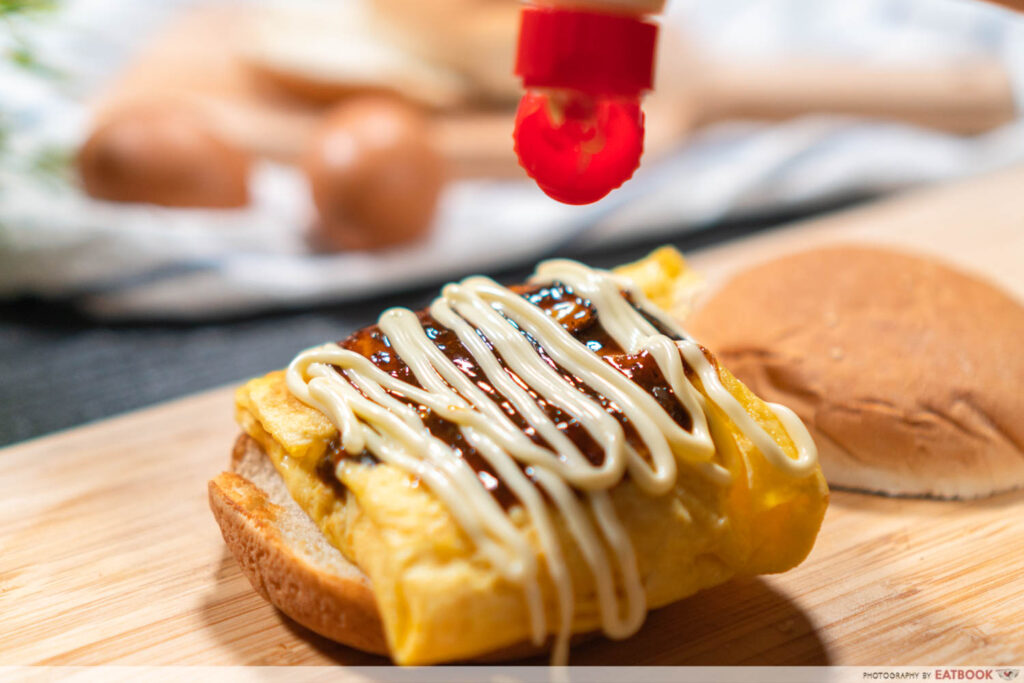 A healthy drizzle of mayonnaise is always welcomed. 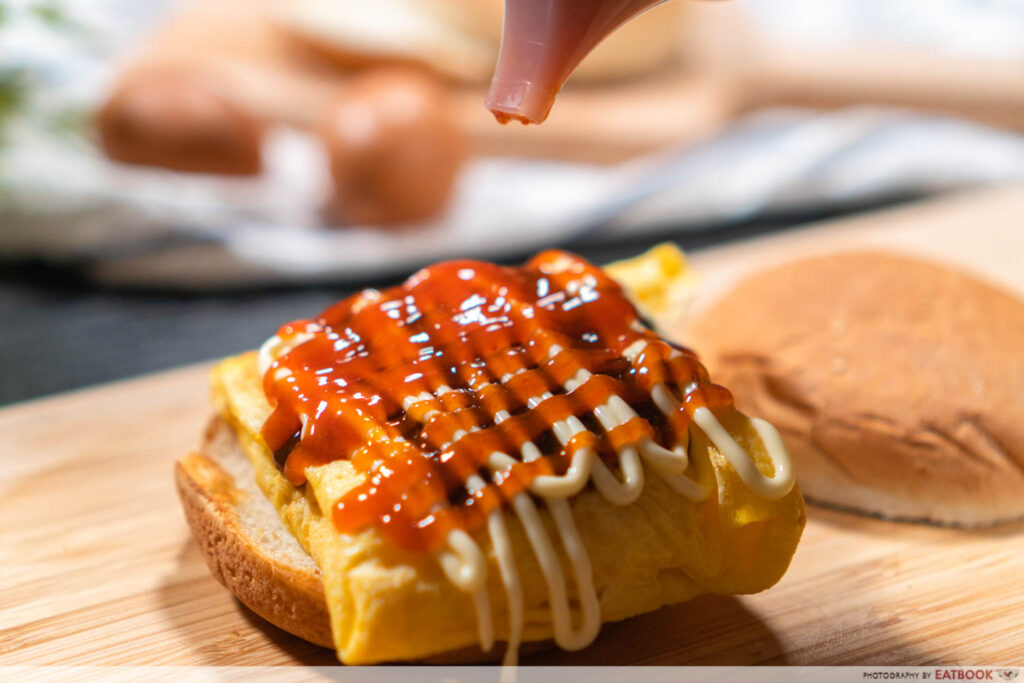 And the finishing touch: a generous squirt of chilli sauce to give the burger a light spicy kick.

Don’t be afraid to go heavy on the sauces. The chicken patties are simply seasoned so that it goes well with the heavily flavoured sauces.

You know you’re done when the sauces are oozing out. Grab some napkins and dig in. 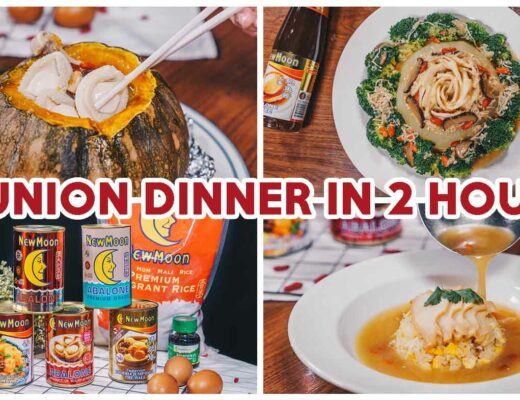 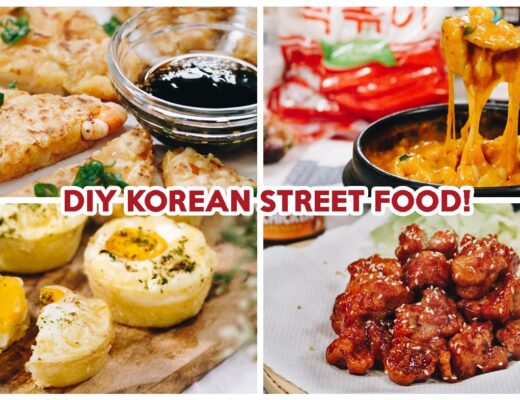 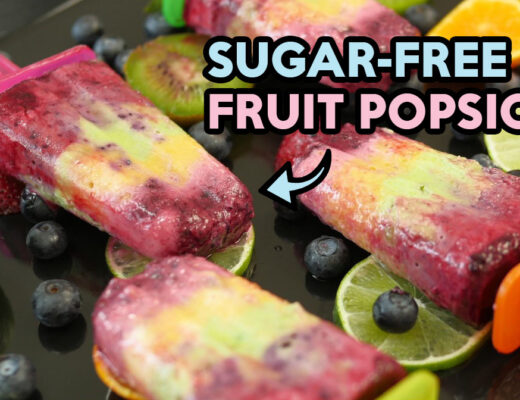