Back when I was in kindergarten, I would spend my time at my grandma’s place every weekday. It became a norm for her to take me to the market to do her daily marketing. After that, we would eat together at Telok Blangah Crescent Food Centre. A few years ago, the entire place was renovated. I popped by recently and it was nice to see that some stalls from my childhood remained alongside new stalls. Here are seven stalls from Telok Blangah Crescent Food Centre that are worth checking out! 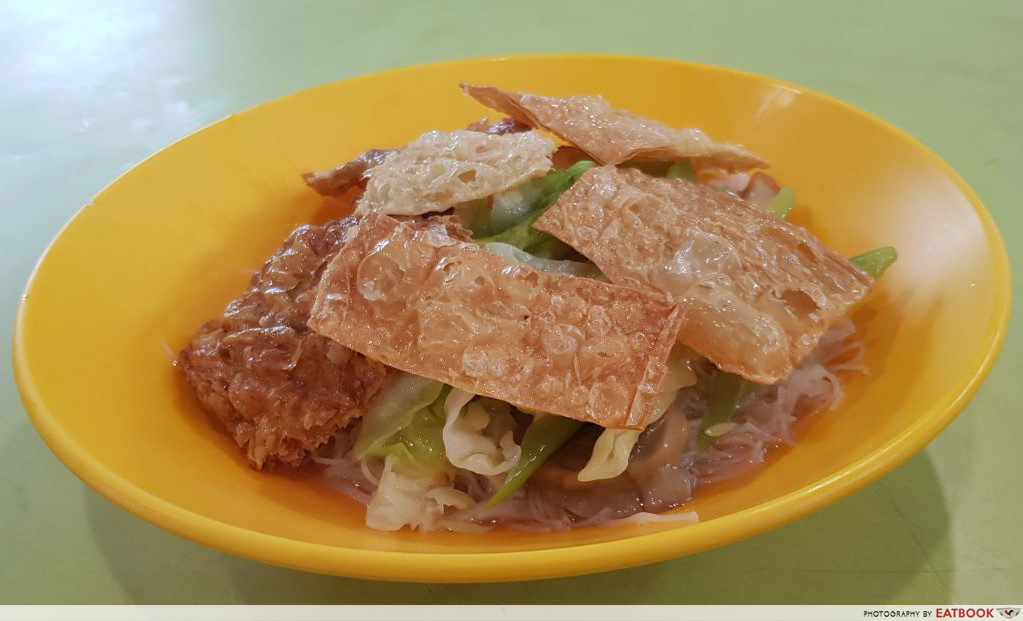 Having existed since I was young is Su Yuan Vegetarian. Their Vegetarian Bee Hoon ($3) offers a variety of ingredients topped on springy bee hoon. Start your meal off with chewy mushrooms, followed by tasty vegetarian char siew and crunchy cabbage. Completing the dish would be a few pieces of crispy beancurd skin that are added after a ladle of piping hot mushroom gravy has been drizzled over this plate of vegetarian goodness. 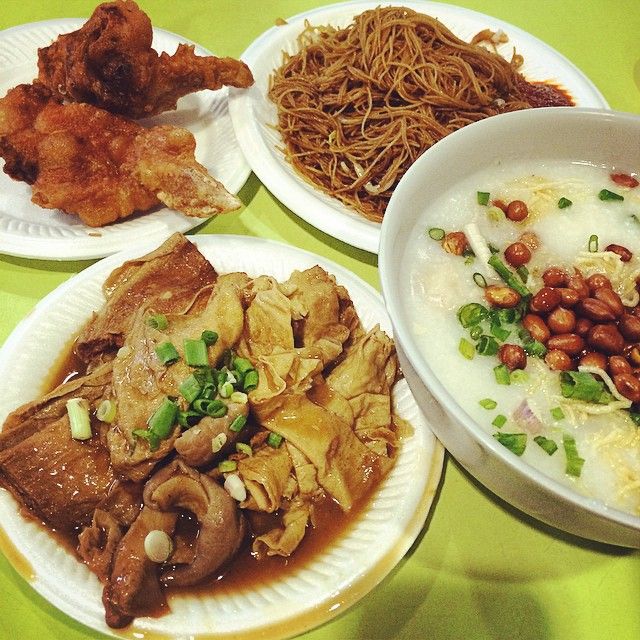 Fei Lou Porridge is one of the few stalls in Telok Blangah Crescent Food Centre to carry out a night business. The stall owner gets busy satisfying your cravings with his Century Egg Porridge ($3) and Boneless Chicken Wing ($1.20 per piece). The former is thick and flavourful, filled with loads of century egg and peanuts. As for the fried chicken wing, once your teeth sinks into the well-seasoned meat, oil trickles down your arm. 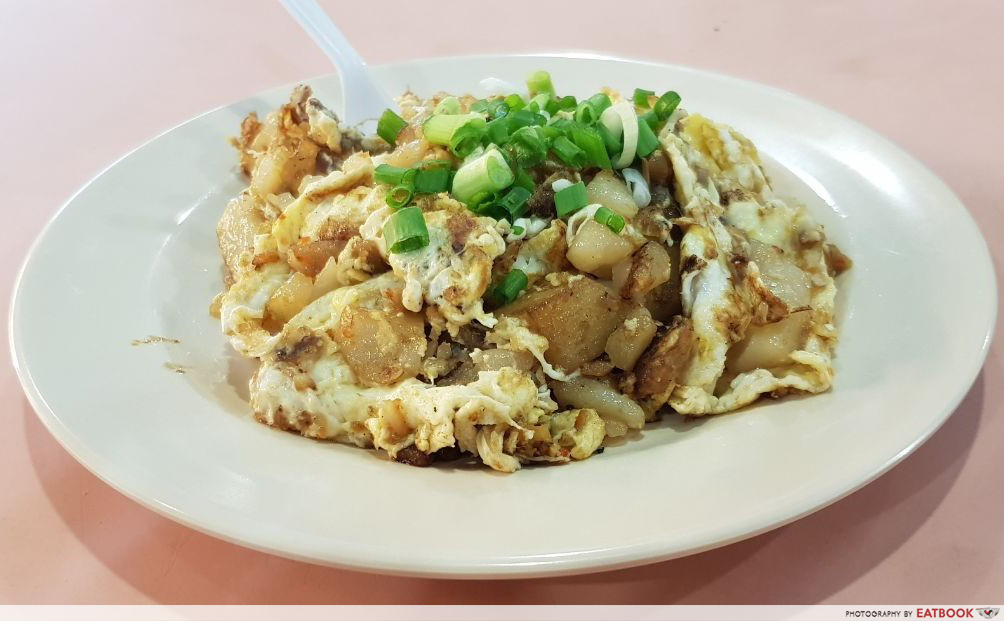 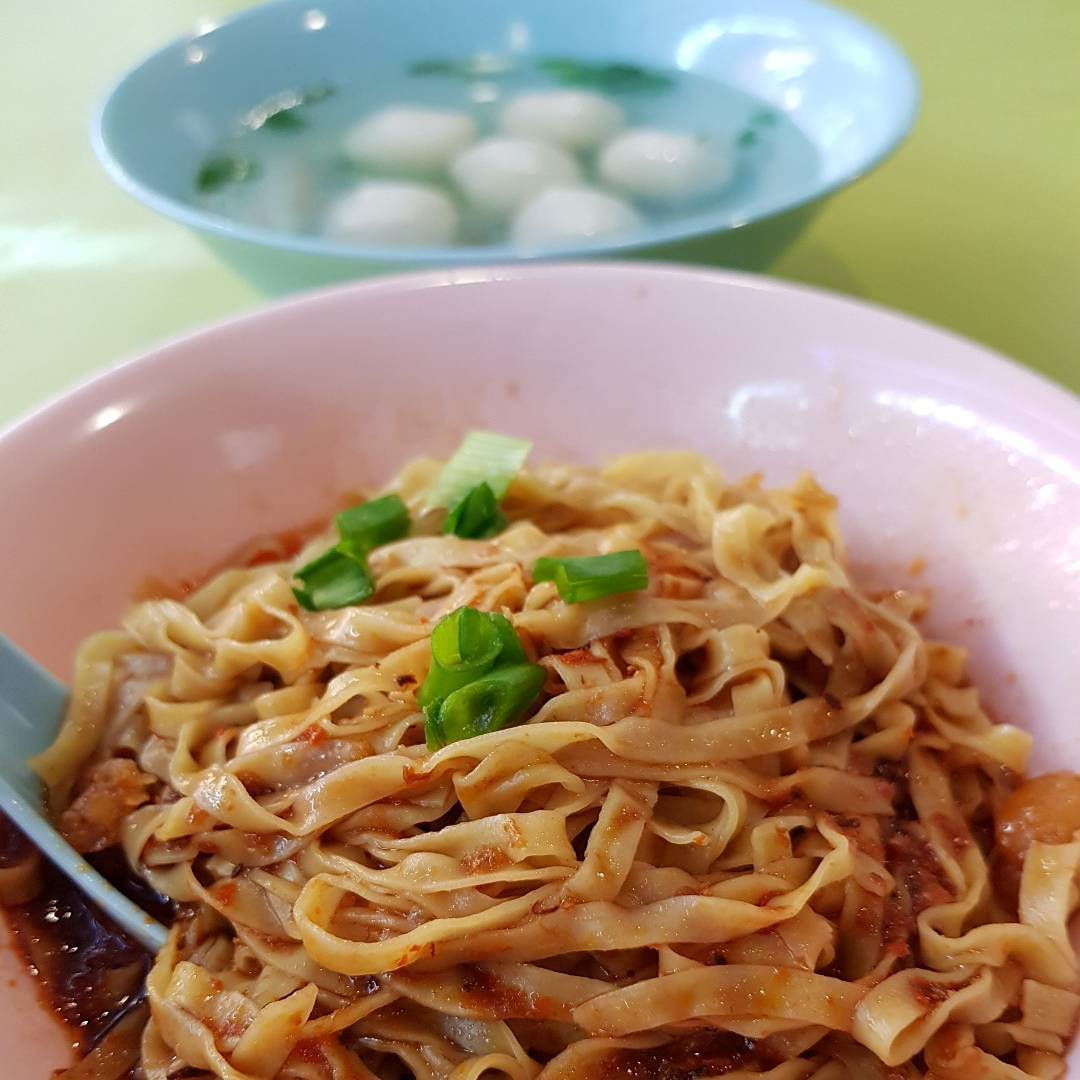 With a few mee pok stalls at Telok Blangah Crescent Food Centre, Song Heng Fishball Noodles is the one stall that always garners the longest queue. Besides the food, the friendly stall owner is also what makes customers want to go back for their Dry Fishball Noodles ($3). Mixed with the springy mee pok are pieces of pork lard and a concoction of vinegar, soya sauce, and chilli. And of course, a bowl of peppery soup with six handmade bouncy fishballs is at the side waiting for you. 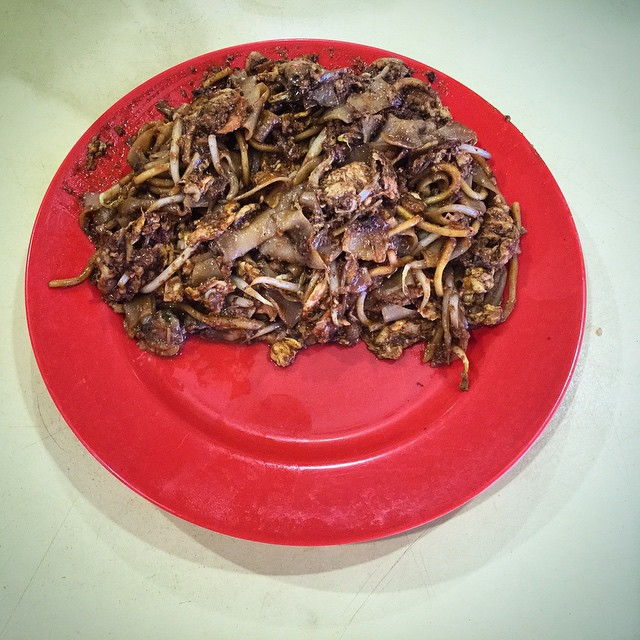 Hai Kee Char Kway Teow tends to invite a long queue as every plate of Char Kway Teow ($3) is prepared one at a time. Brimming with hum and lup cheong, this plate of char kway teow has a strong wok hei, with its noodles slightly charred. This stall is definitely one of my first few choices to get char kway teow from. 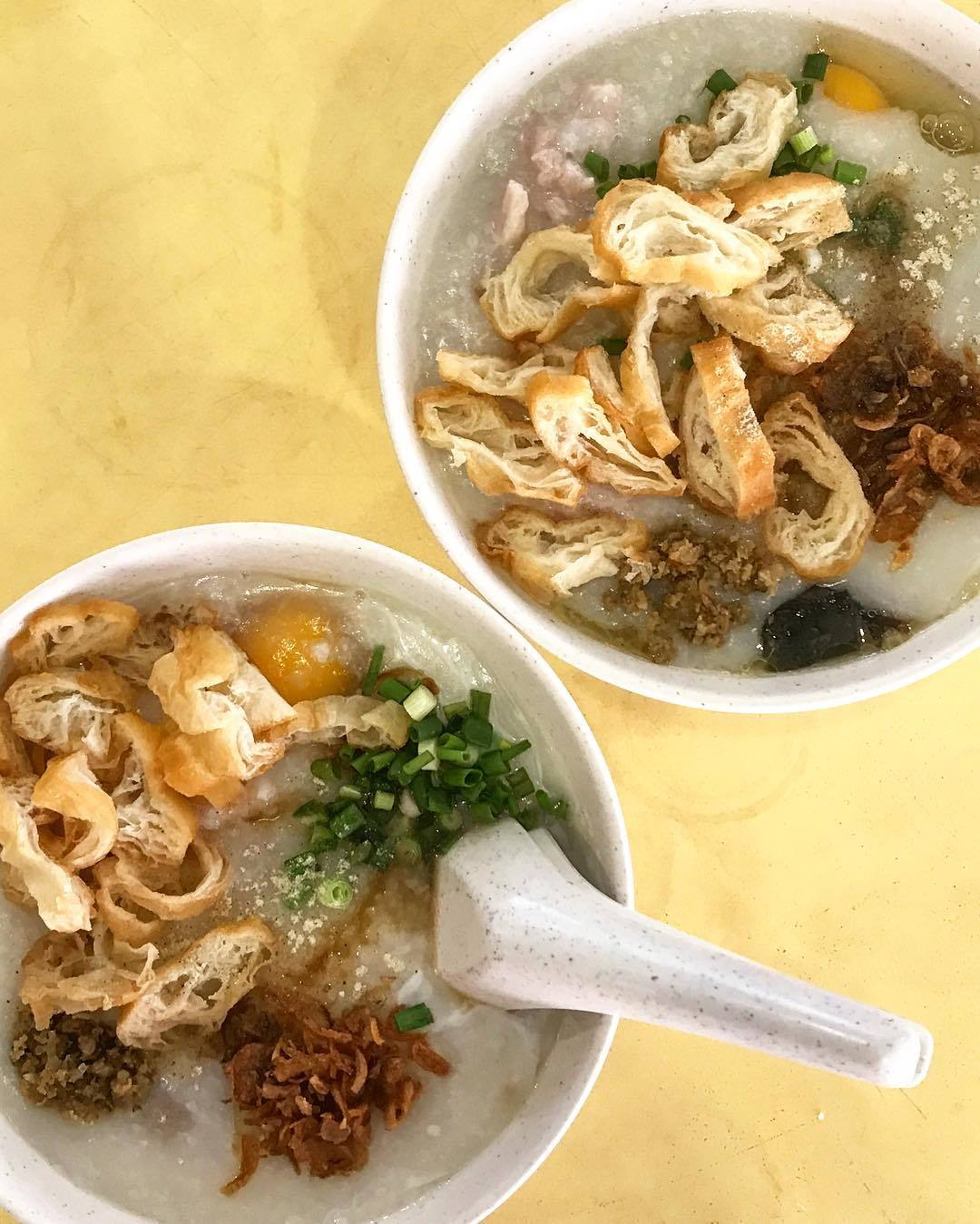 Just recently when I visited my grandmother, I was feeling under the weather and got myself a bowl of Century Egg Minced Pork Porridge ($3.50) from Xiang Ji Porridge. Boy oh boy I felt as if I recovered on the spot. Every scoop I took has bits and pieces of tender minced pork and century egg. The flavour of the porridge was further enhanced by the bits of spring onion and shallots topped on it. Whether you are sick, or feeling down when the clouds are flooding Singapore with their tears, the porridge from Xiang Ji Porridge makes a good source of comfort food. 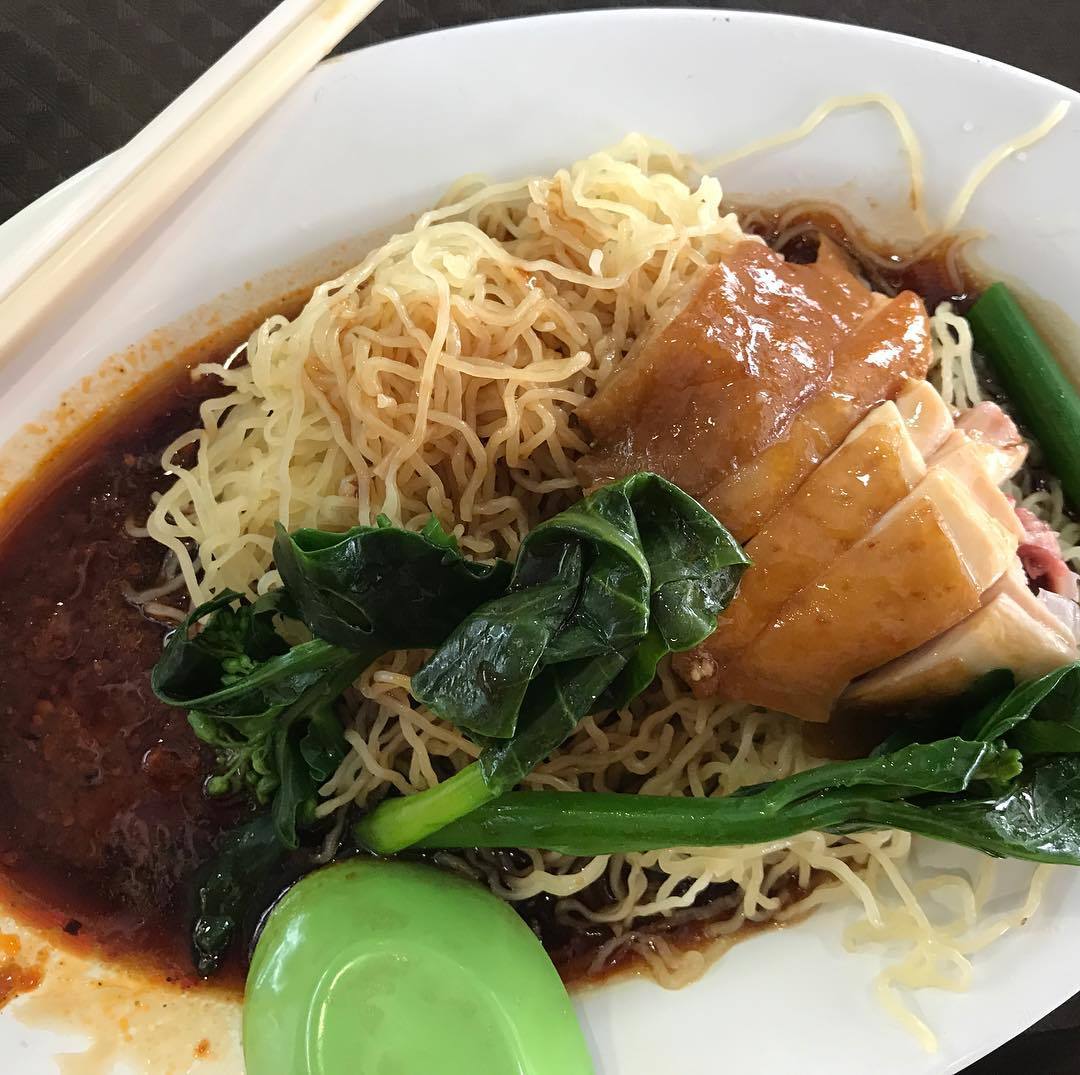 If you happen to be in the area, do pop by Telok Blangah Crescent Food Centre to give yourself a good and affordable treat, as everything I recommended are priced at $3 or less! For more food located in the vicinity, check out our list of stalls to try out at Alexandra Food Village and Seah Im Food Centre. 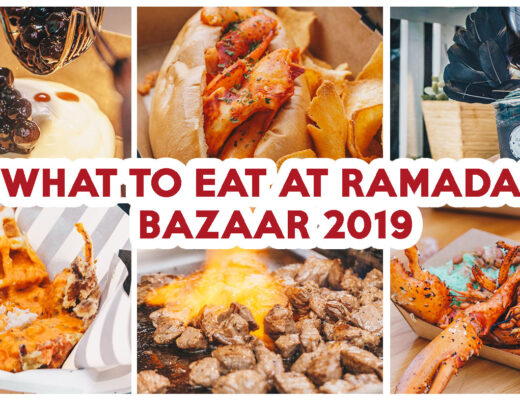 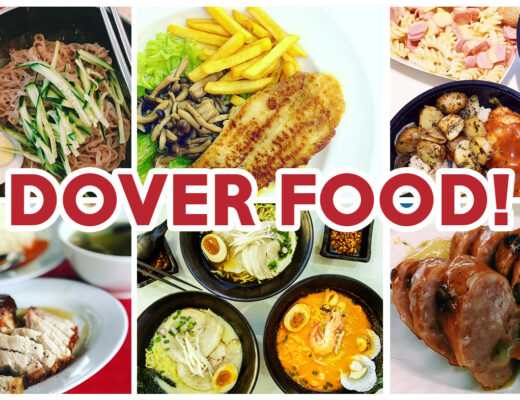 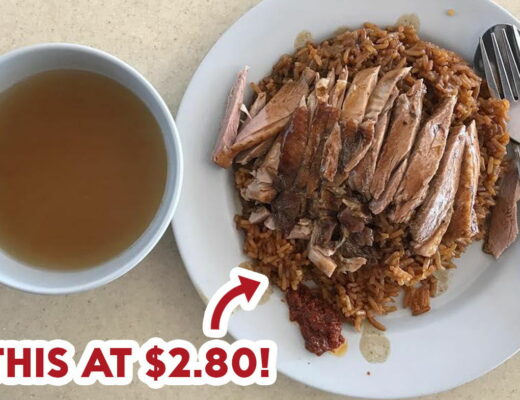