Steak lovers ought to rejoice as The Feather Blade is now a permanent fixture at its original location in Club Street. 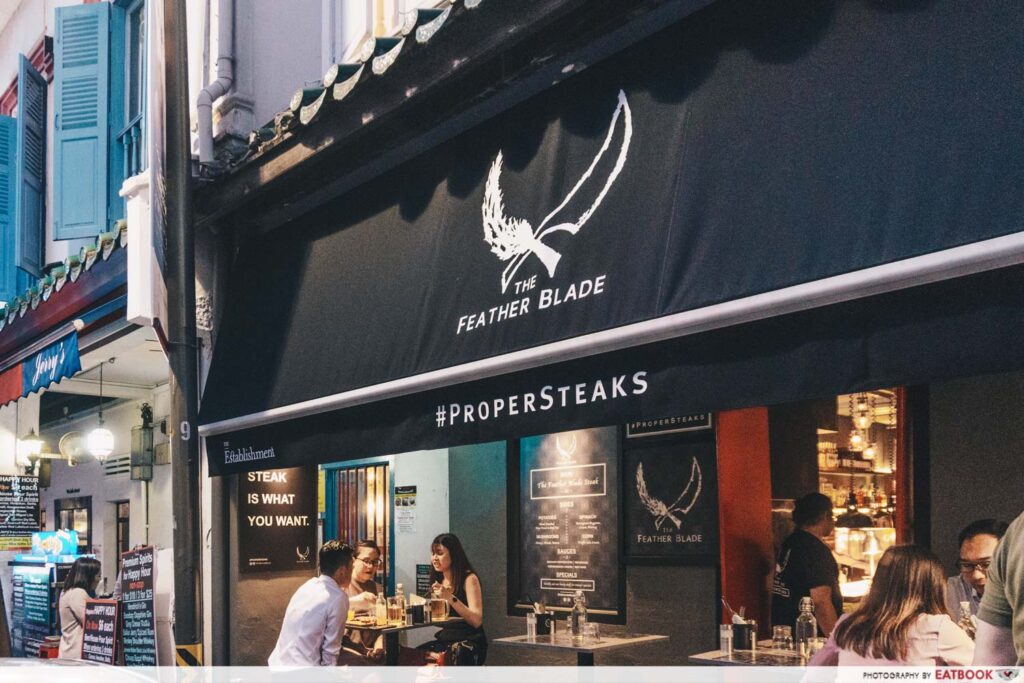 For those who might be unfamiliar with The Feather Blade, this pop-up steakhouse was meant to run for eight weekend evenings between March and April. The restaurant served more than 3,000 customers over eight weekends, winning over plenty of carnivores with its value-for-money steaks and chill ambience.

A passion project by 27-year-old Sheen Jet Leong, The Feather Blade came about after Sheen did a one-year stint at London’s famous Flat Iron Steak. 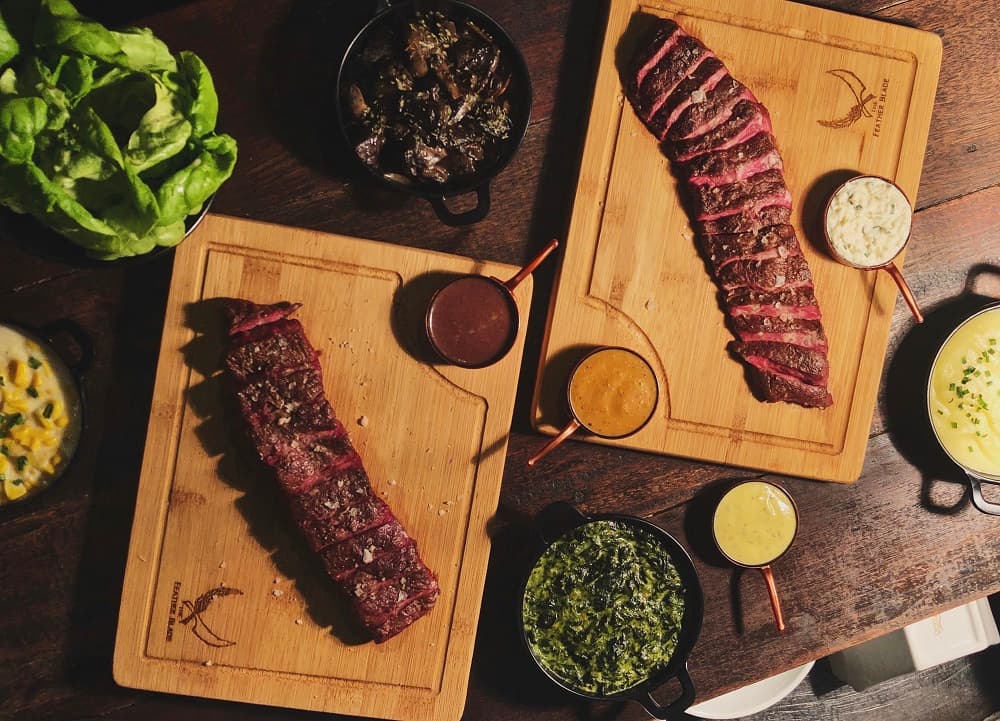 What makes this cut of beef special is that it’s cheap, yet as tasty and tender as sirloin . Cut from the shoulder of the cow, The Feather Blade Steak ($21++) – more commonly known as flat iron steak or butlers’ steak – is full of robust meaty flavour.

However, obtaining this rare cut is not all there is to creating the perfect steak. It’s far more tedious, as you are required to carefully remove the gristly fibre tissue lest the juicy red meat be tough and rubbery.

The Feather Blade does it well, as proven by the steak’s buttery texture. But the star of the dish is the generous spritz of brown butter as well as the smattering of smoked salt, both of which lent a touch of decadence to the beefy slab.

Diners are allowed to choose from four house-made sauces, namely Sichuan Peppercorn, Bearnaise, Horseradish Cream and Red Wine at $2++ each. The ma la was the most interesting, with a slight heat coming through the velvety sauce. That being said, the rest of the sauces were forgettable and did not complement the flavour of the steak, masking it entirely instead. My recommendation is just to have the steak as is. 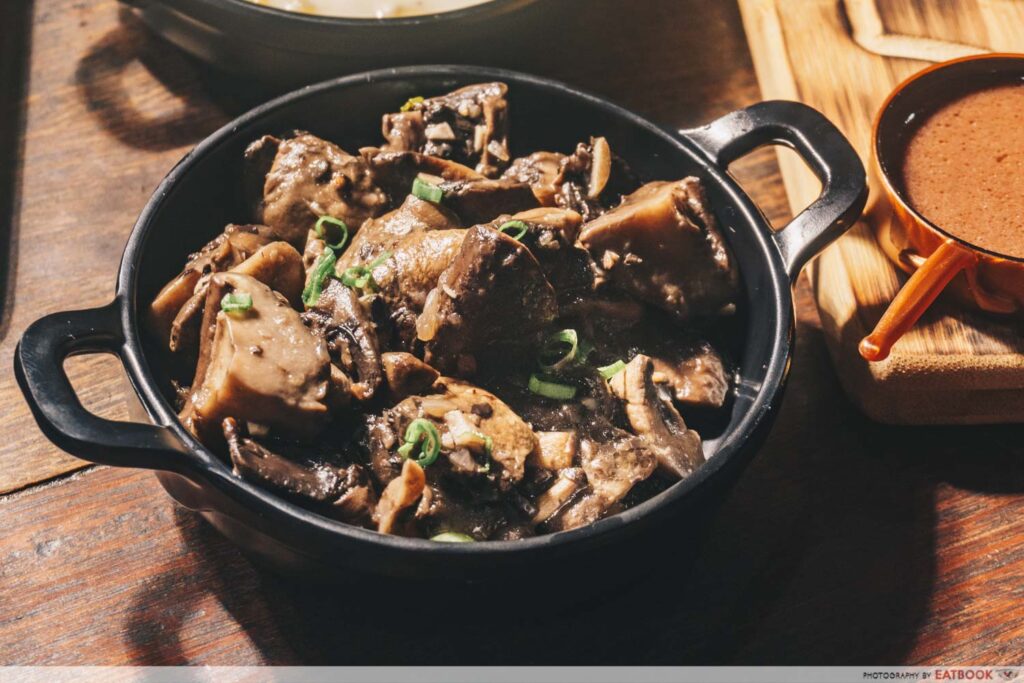 Complete your meal with some sides ($7++ each) to share. Although you can choose from Mushrooms, Potatoes, Spinach and Corn, we rather you just stick to the latter two for a truly satisfying meal.

The sweet corn kernels are tossed in a white sauce that’s nice and milky. It is also said to have truffle salt within, but we guess it was under seasoned as we couldn’t taste any earthy richness. That being said, if you forget about the truffle, the corn is truly a delicious side to have. 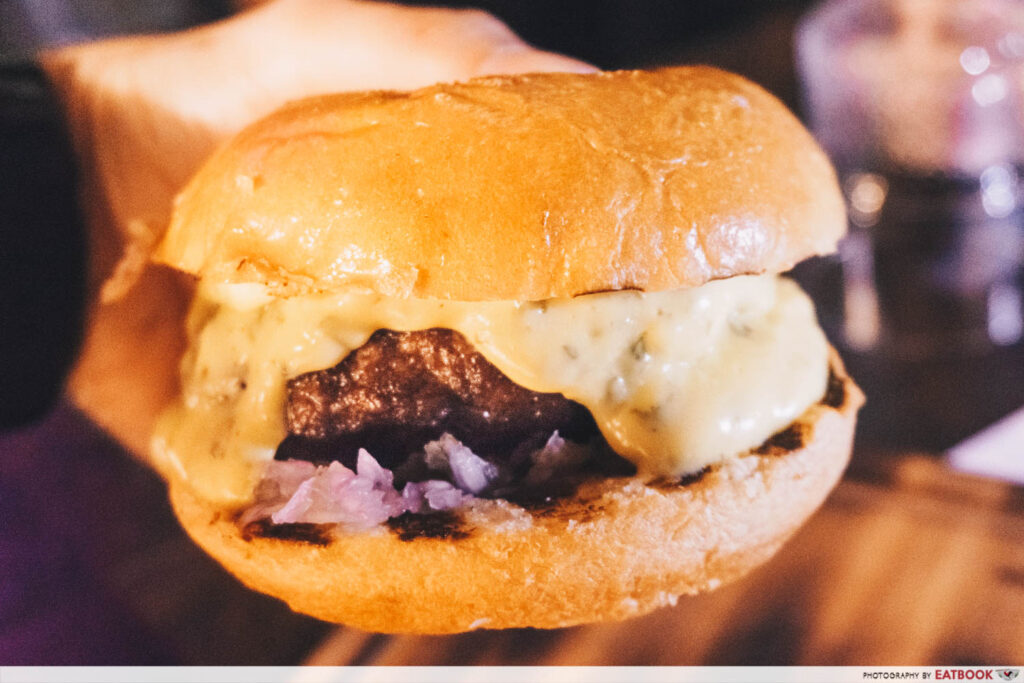 There’s also a new off-menu item, The Feather Blade “Handshake Burger” ($21++), that’s sold in limited quantities daily. The burger is aptly named as it’s meant to be a “handshake” between the restaurant and its regulars, hence its kept as an exclusive off-menu item for now.

The trimmings from the flat iron steak are minced and shaped into patties before being deep-fried in its own fat. Instead of American cheese or pickles, it’s topped off with béarnaise sauce and shallots. 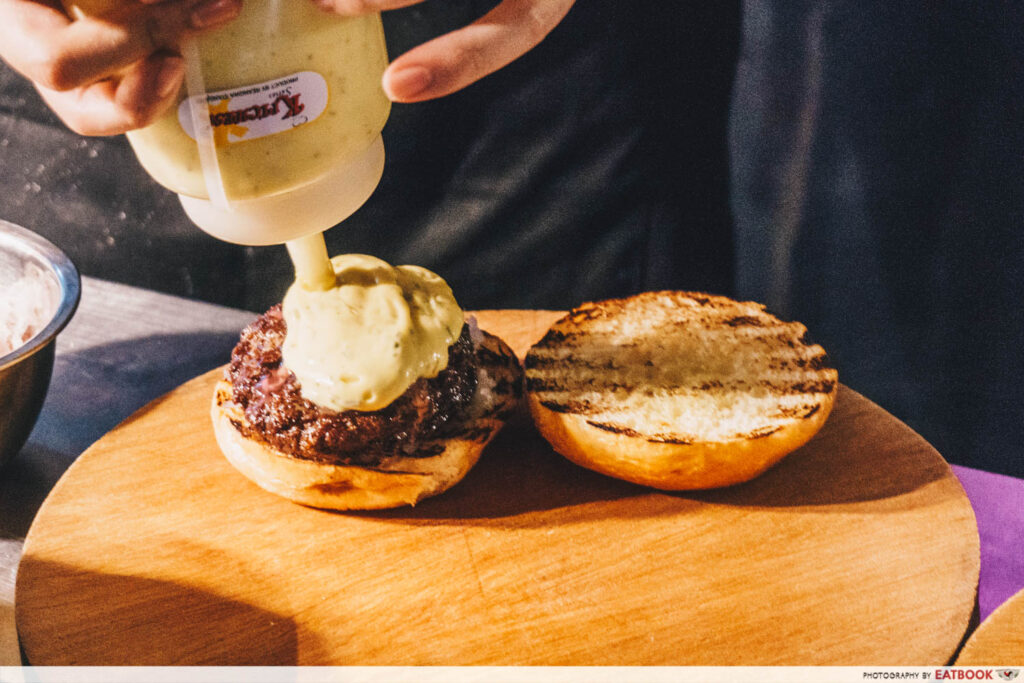 Frying the burgers in its own fat makes a whole world of difference, as it gives a crispy and flavourful crust that keeps that meat nice and juicy.

Bearnaise sauce is usually not paired with burgers, but it fits in nicely here, giving a pleasant tartness. Overall, this burger is one of the best burgers we’ve tried this year and is definitely worth a try.

If you’re still feeling in the mood for affordable steaks, be sure to check out Braseiro at Joo Chiat! 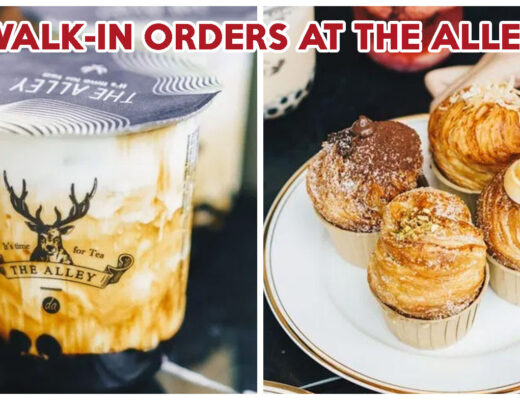 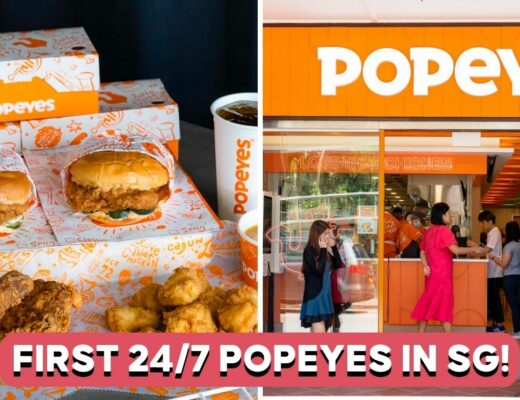 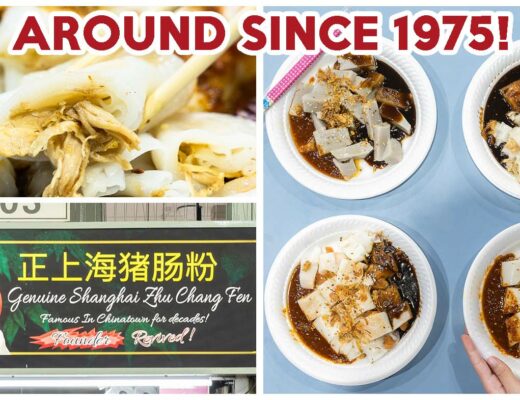