It’s all about the baos at Bao Makers Established in 2015, the family-owned restaurant has come a long way since its days in Jalan Besar. Now located at Jiak Chuan Road, just off the quaint but lively Keong Saik Road, Bao Makers has just released an updated menu that caters to both the lunchtime and after-work crowd.

While both the day and night menus feature their signature buns, the lunch menu offers Japanese rice bowls for a quick meal. Taking inspiration from tapas restaurants, the dinner menu features plenty of sharing dishes such as Sushi Rolls (from $16.80++), Kecap Manis Chicken ($8.80++), and Beef Steak Teppanyaki ($16.80++), allowing big groups of friends to share the food and chill over drinks at the bar. Starting off with the restaurant’s signature Chilli Crab Bao ($5.80++), crab meat chunks are mixed with the usual chilli crab sauce then sandwiched between a crisply fried mantou. The sauce consisted of just the right amount of tanginess, while the crab meat was cooked well, without being too dry. I particularly liked how just a serving can satisfy my chilli crab cravings, without having to order an entire plate of crab. 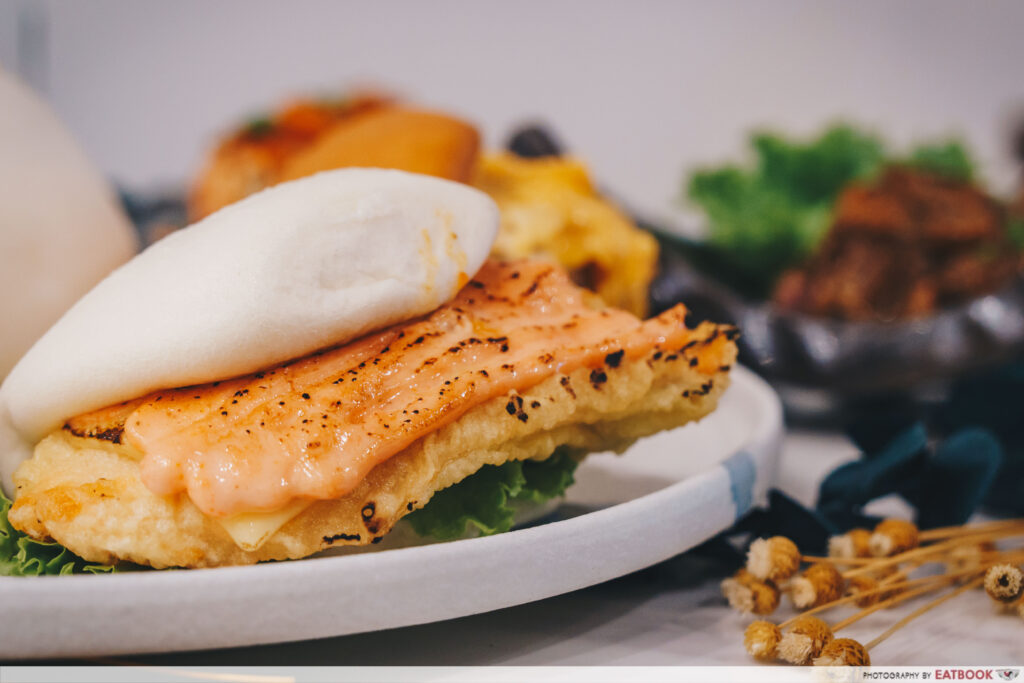 The Salmon Mentaiko Bao ($5.80++) also impressed with its bold flavours. Generous lashings of mentaiko sauce are slathered on deep-fried salmon and sliced cheese, then sandwiched between a fluffy white bao. The creamy mentaiko sauce paired well with the crispy salmon, giving plenty of oomph in every bite. 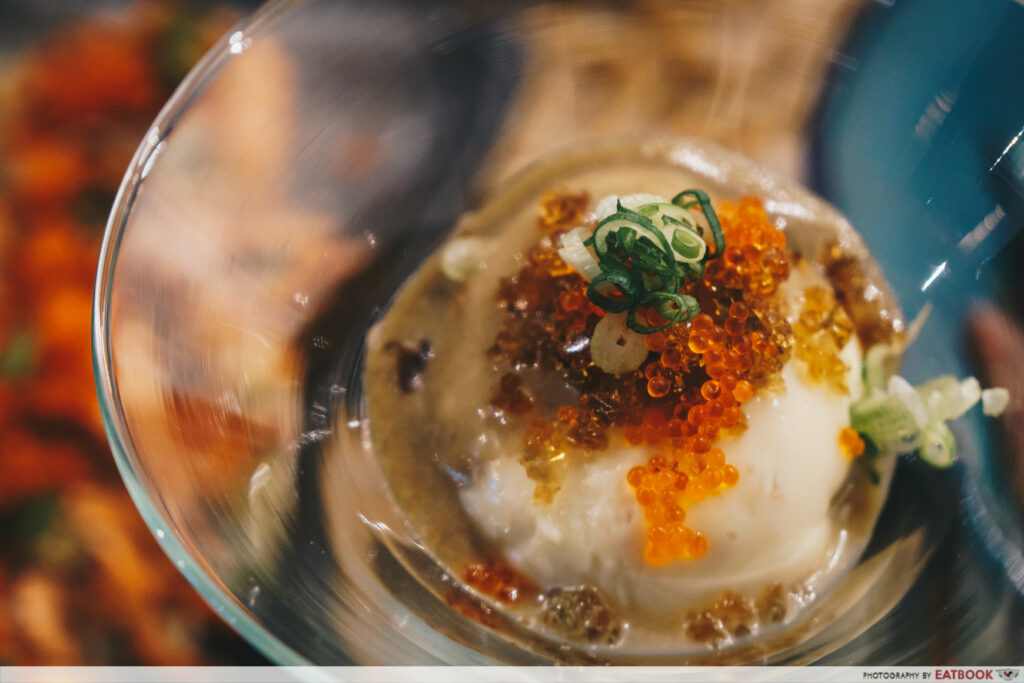 Putting a Chinese spin on chawanmushi, the Crabmeat Beancurd with Century Egg Sauce ($5.80++) was served cold on a chic martini glass. The taste, however, was not the most elegant. Shredded crab stick is encased in silken tofu before being topped off with ebiko, spring onions and century egg sauce. While the sauce was a little overpowering, it was able to coax out the delicate crab stick flavour in a surprising manner. 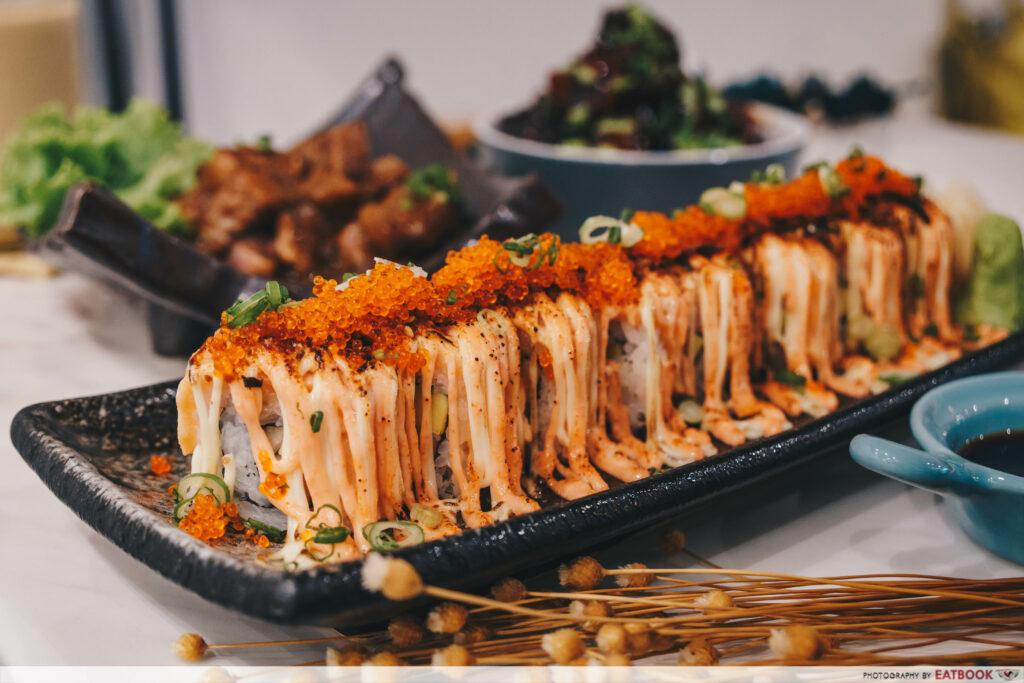 New to their menu are also three maki rolls, of which we tried the Salmon Mentaiko Roll ($16.80++). Crabstick and cucumber are rolled with sushi rice, then topped with blow-torched salmon and generous servings of mentaiko sauce. 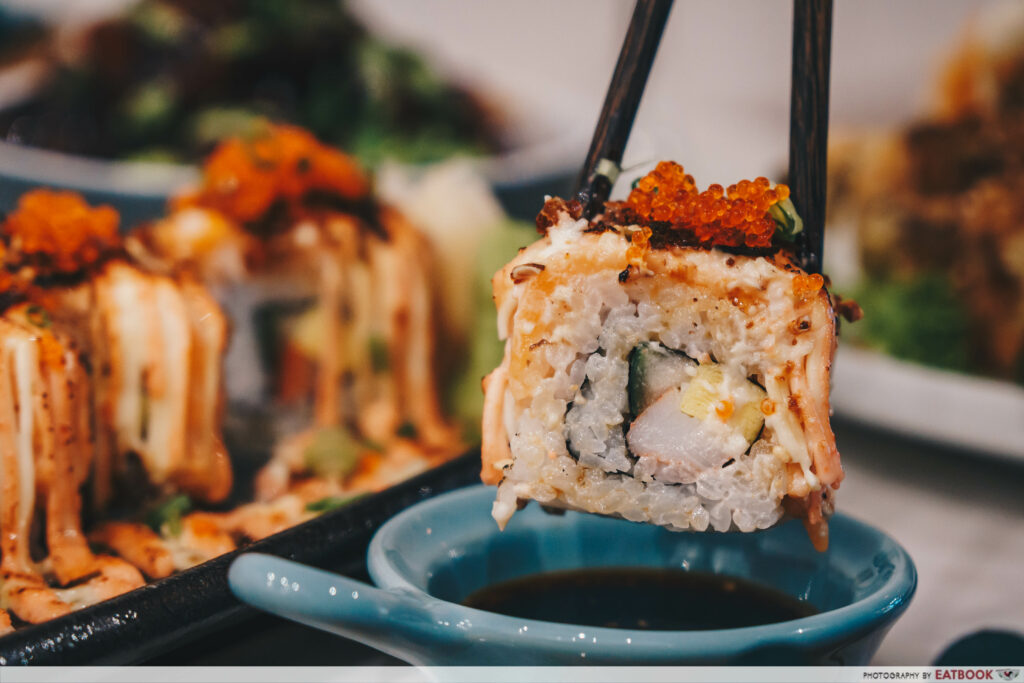 The mentaiko sauce caused the rice to be a little mushy, and the salmon was also sliced too thinly to have much of a mouthful. Still, mentaiko lovers will be right at home with the rich and gooey combination of seared salmon and mentaiko sauce. The two other maki rolls available are Prawn Avocado Roll ($17.80++) and Crispy Roll ($16.80++), which is a spicy roll containing soft shell crab. 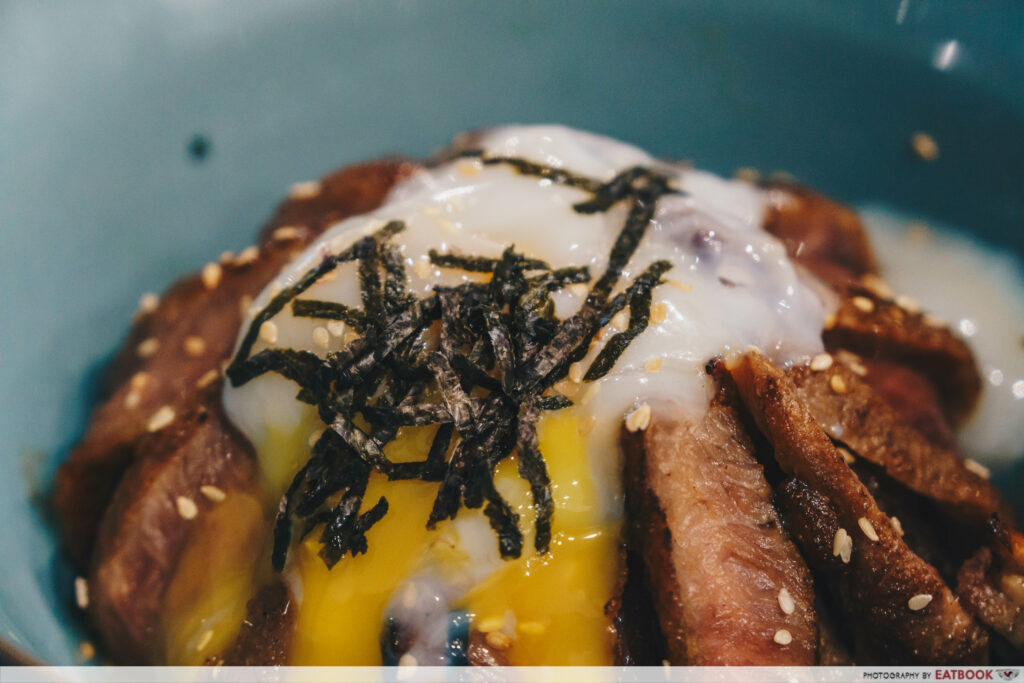 My personal favourite out of the lot was the Teriyaki Beef Steak Rice Bowl ($17.80++). Pan-seared Australian striploin is served with onsen egg, then topped with a generous serving of housemade teriyaki sauce, atop a bed of Japanese rice. 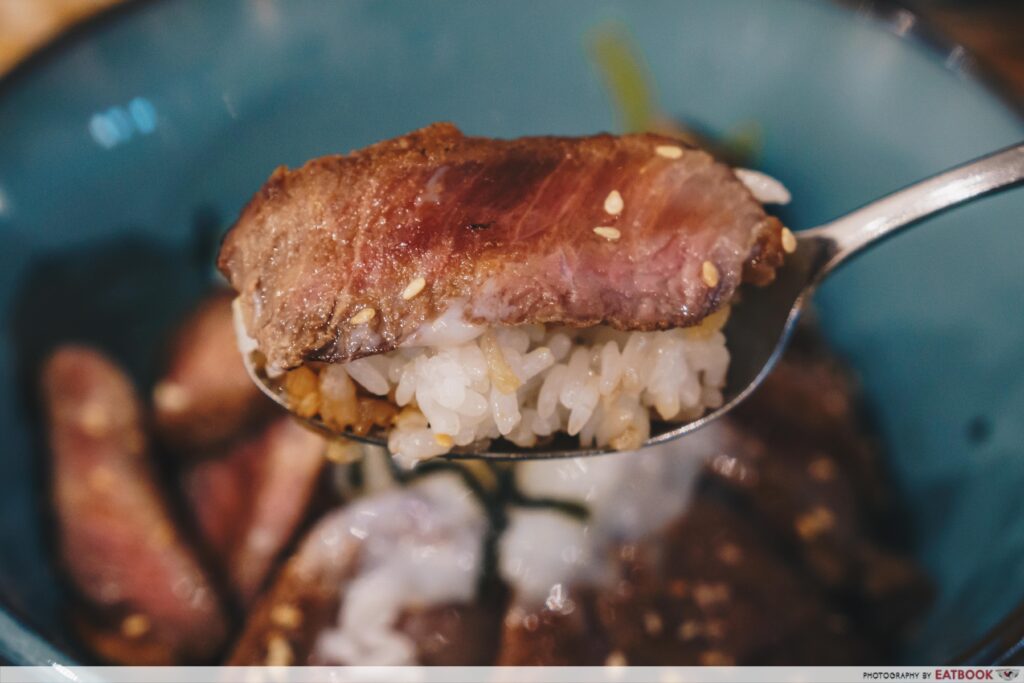 The beef had a nice golden-brown sear to it while retaining its doneness. Thick and rich teriyaki sauce was also lathered on for extra measure; the sauce was not overly sweet, unlike some commercial ones. Make sure to not over order on the rice bowls, they come in generous portions, giving great value. 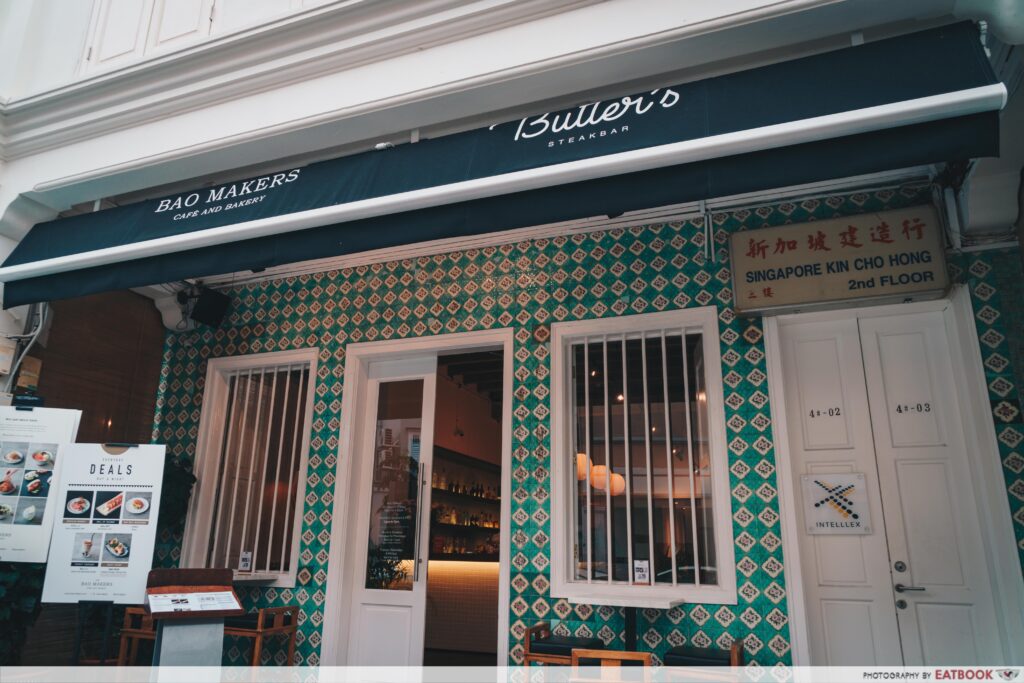 With a retro exterior, Bao Makers does not look out of place in the hipster enclave of Keong Saik Road. It’s not too hard to get there by public transport, with the restaurant comfortably located between Tanjong Pagar and Chinatown MRT Stations. 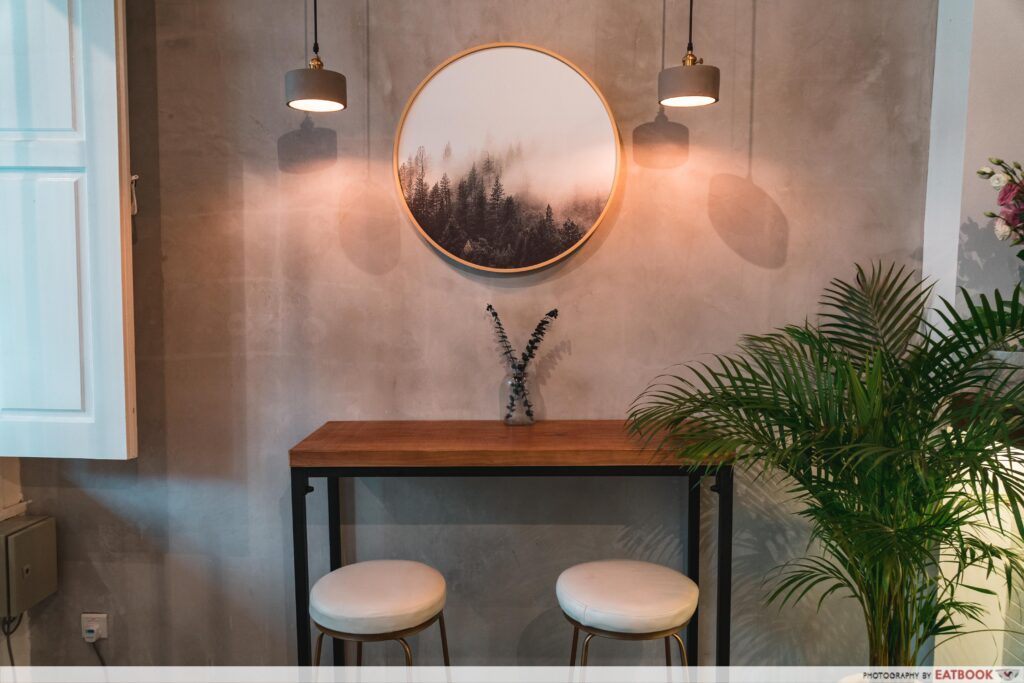 Tastefully decorated with a cool minimalist vibe, Bao Makers is a great place to chill the afternoon away. Private events are hosted from time to time, so be sure to call in advance if you’re looking to visit them. 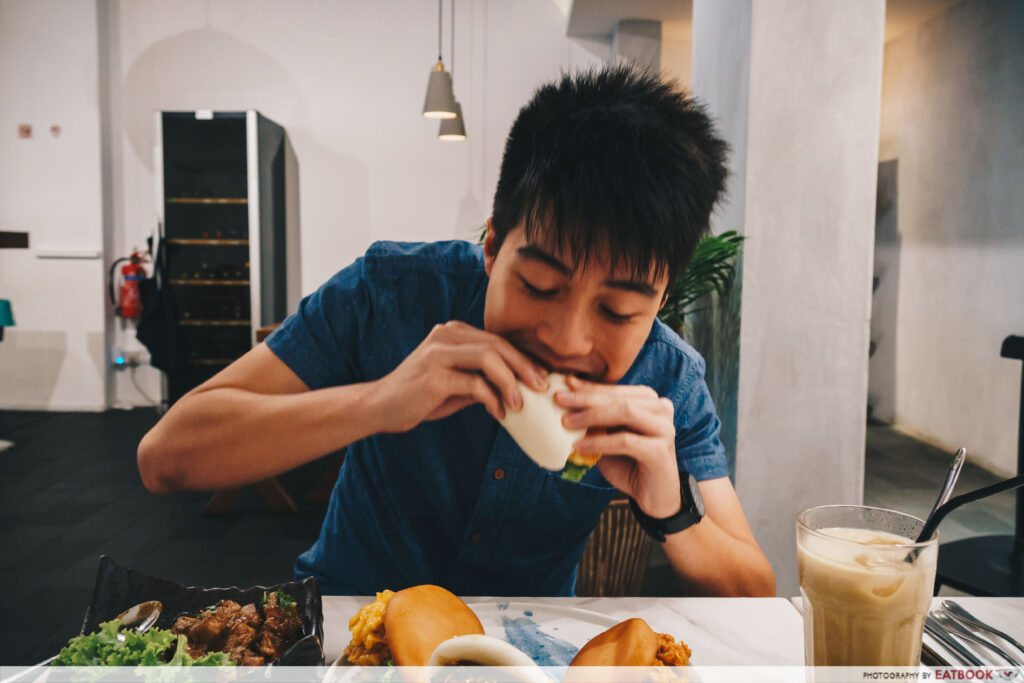 The baos at Bao Makers were the star of the show. While the rice bowls and sushi rolls added depth and variety to the menu, be sure to order at least a few baos the next time you’re around – you wouldn’t be disappointed.

Photos taken by Maverick Chua.
This was a media tasting at Bao Makers.

Check out our new ratings guide!

Cons
– Sushi and rice bowls were a little lacklustre 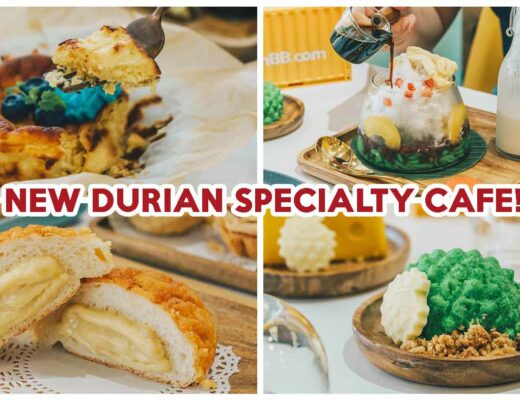 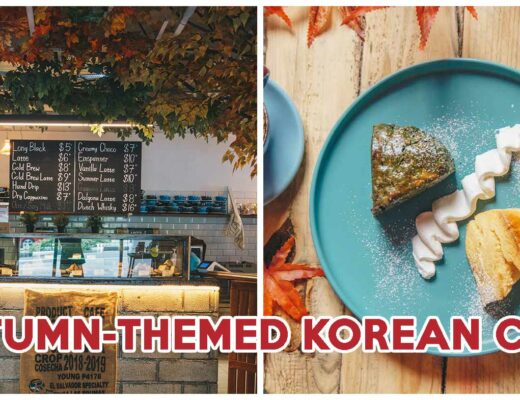