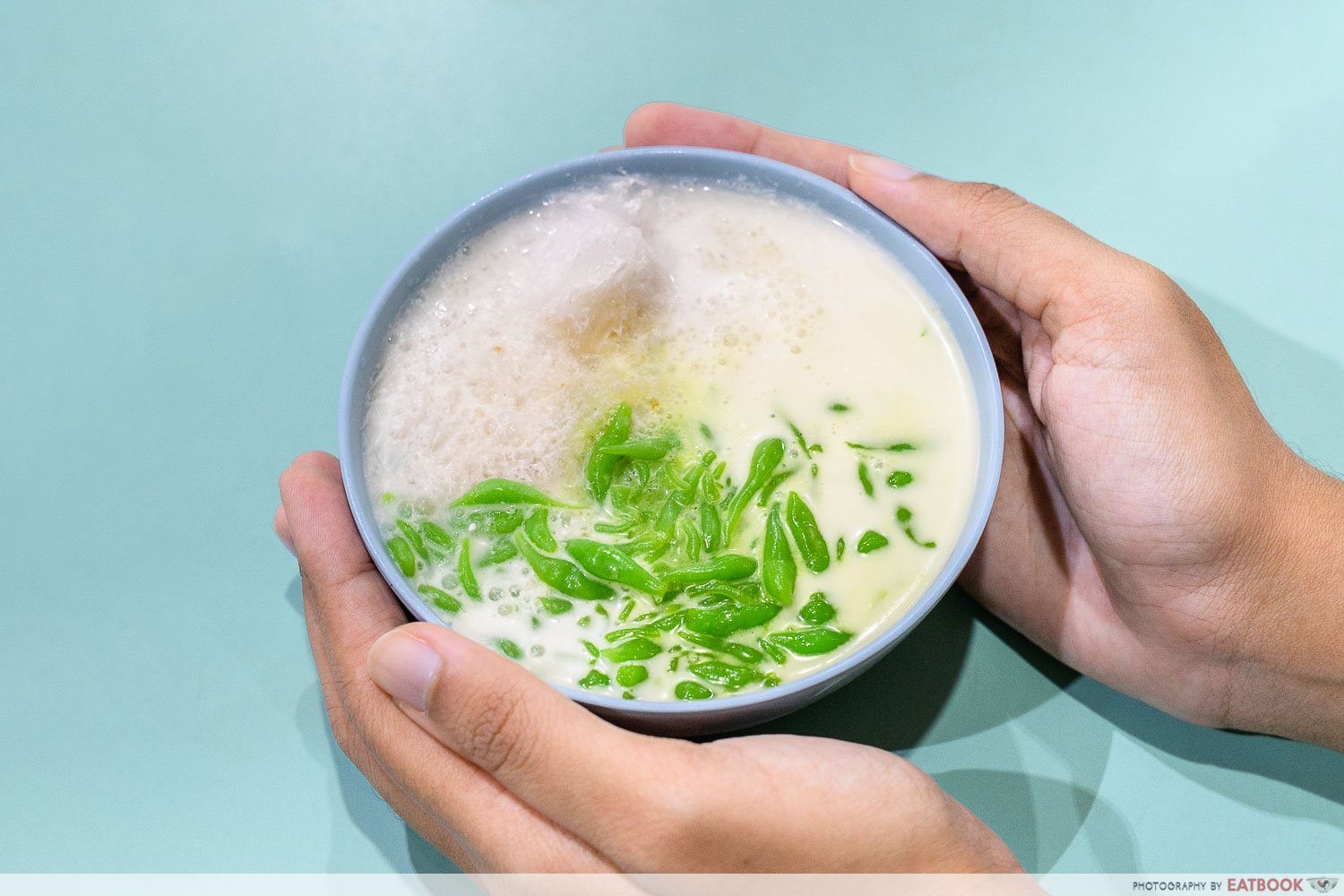 I’ve tried my fair share of chendol, but usually find most of them to be too sweet for me. Thus, I never really understood why people enjoy it. But after trying a bowl from the well-known Cendol Geylang Serai, I now see why it’s so well-loved. Cendol Geylang Serai was established something like 70 years ago by the late founder, Mr Maideen Bin Ahmad. The business was handed down to his son, Mr Yunos Maideen, and his wife, Madam Bedah Madin. Now, it is run by the couple’s son, Mr Rezal, who still uses the original chendol recipe from more than half a century ago.

10 Chendol In Singapore From $1.50 That Can Rival Malaysia’s

Cendol Geylang Serai is known for keeping its chendol simple. Each bowl is prepared the traditional Indonesian way with only three toppings: chendol, AKA pandan rice flour jelly,  coconut milk, and gula melaka syrup, all of which are house-made. Unlike the Singaporean and Malaysian versions that we are familiar with, there aren’t any red beans or attap seeds in this chendol.

A bowl of chendol here goes for $2. They also offer a takeaway option priced at $3. 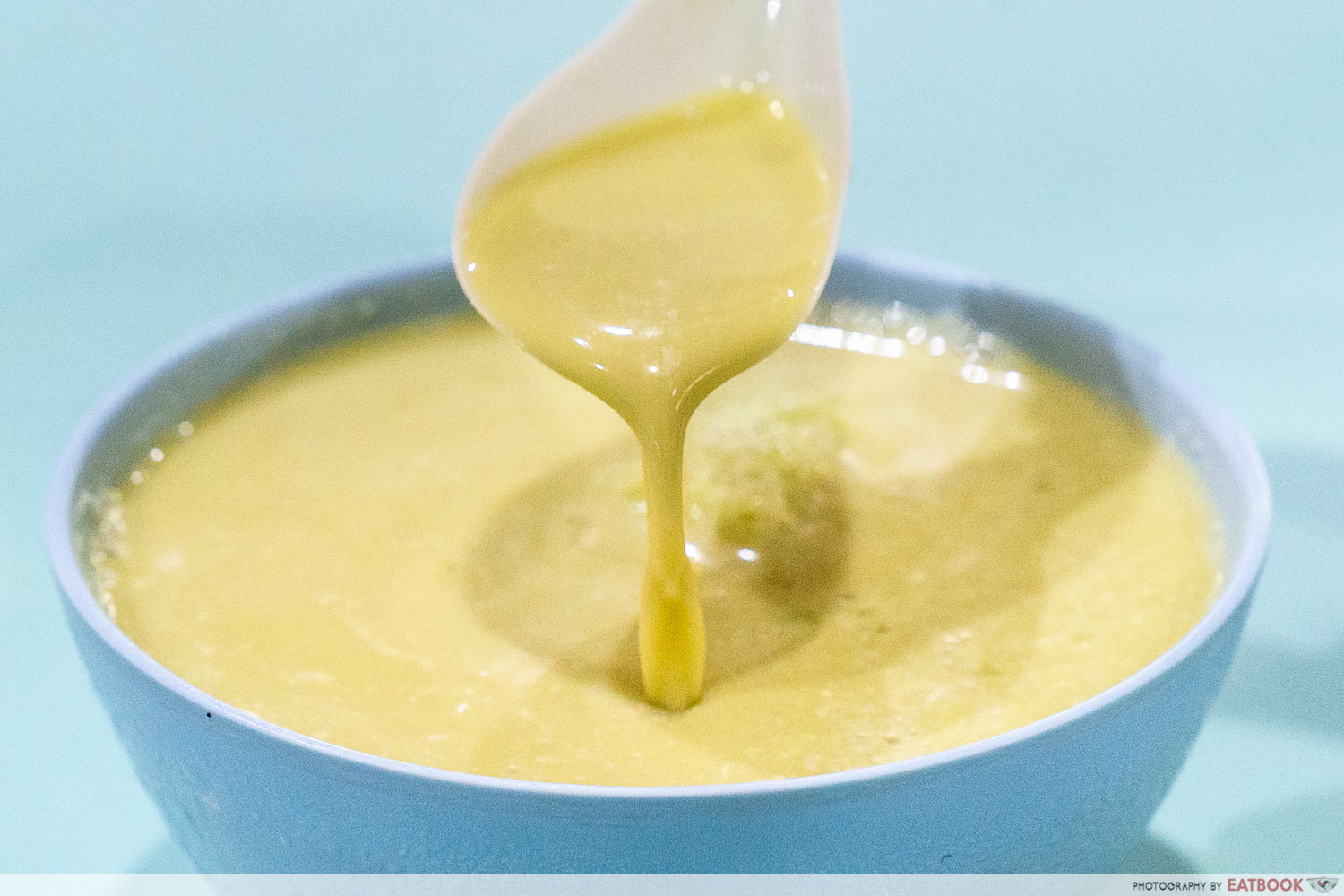 The first thing I noticed was the ratio of coconut milk to shaved ice. With more coconut milk added here than I’ve seen at other stalls, this chendol’s texture was considerably more liquid. Personally, I wasn’t a fan of this as it felt like I was drinking soup instead of eating a dessert.

However, I enjoyed the smoothness and fragrance of the coconut milk. It was light, with hints of saltiness that helped to cut through the richness of the coconut. This made each mouthful really refreshing. 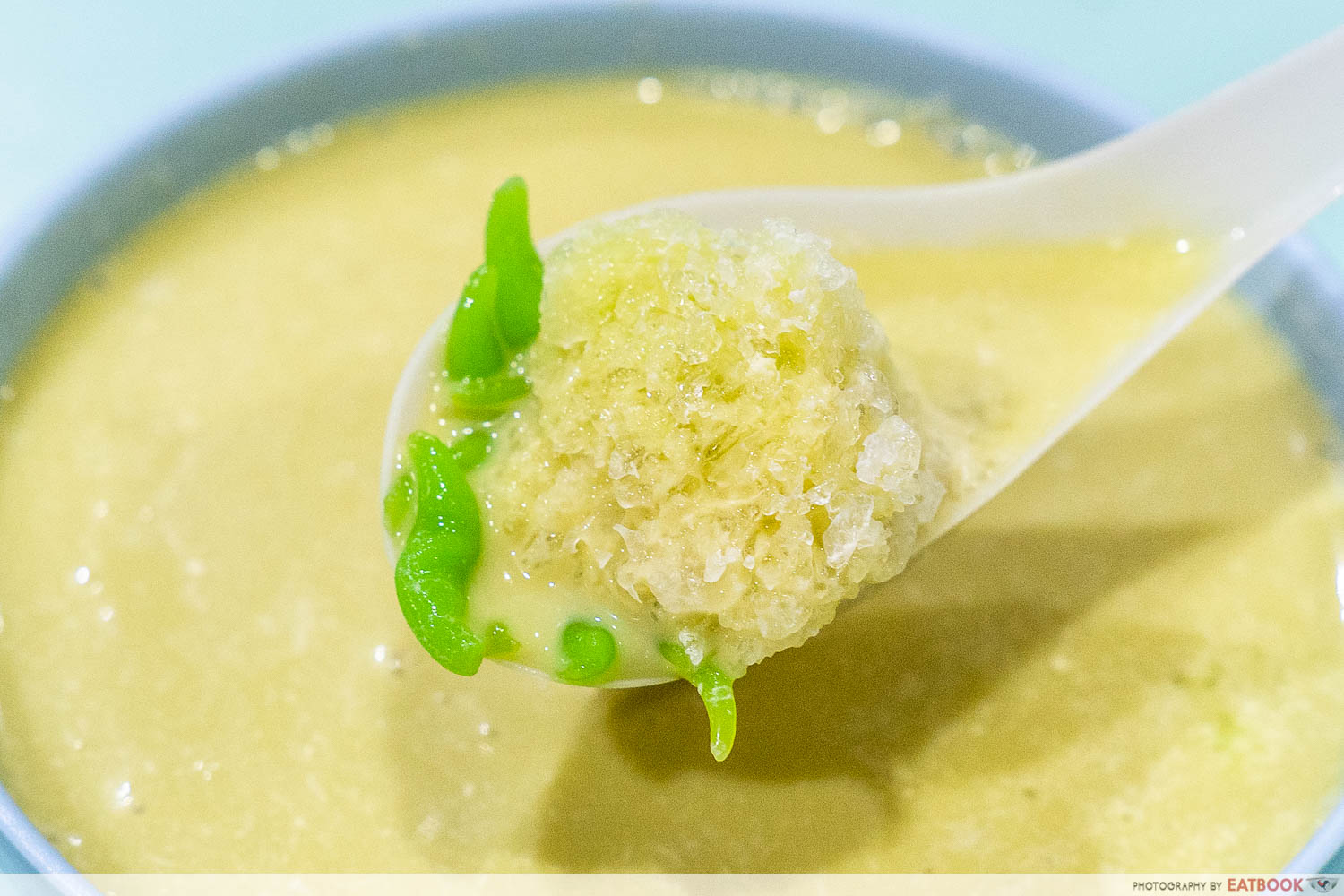 The ice was shaved very fine, without having large chunks that were too hard to bite into. The downside was that this caused the dessert to melt really quickly. I enjoyed the roasted aftertaste of the gula melaka, even though it was sweeter than what I’d normally like.

The fragrant notes of pandan from the cendol were also infused in the coconut milk, complementing the caramel sweetness of gula melaka. 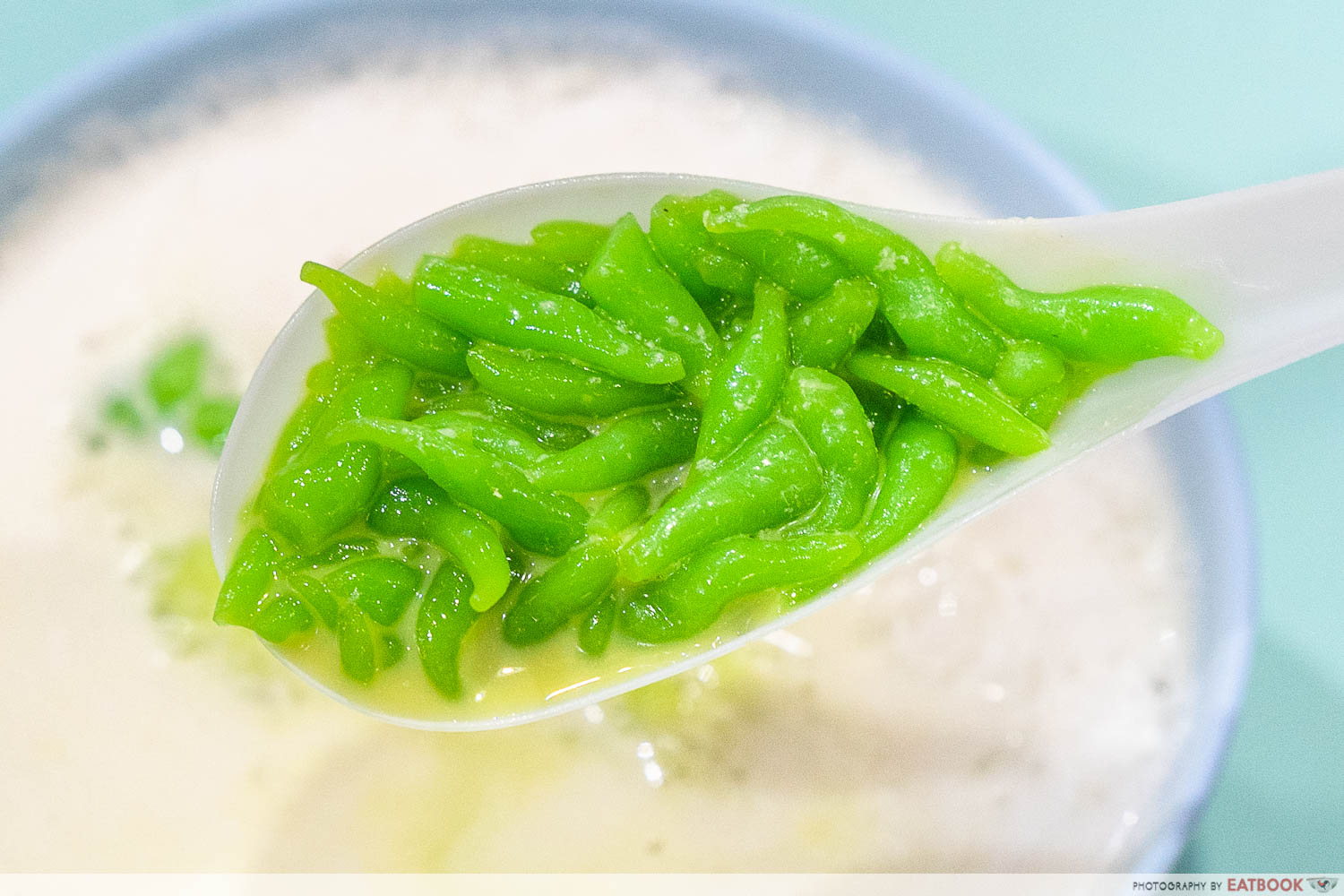 But of course, the chendol itself is the most important component━to me at least. This chendol was soft and did not have that bouncy consistency that I was looking forward to. Some might disagree, but I thought that a firmer chendol would have added a nice textural contrast to the soupy dessert. 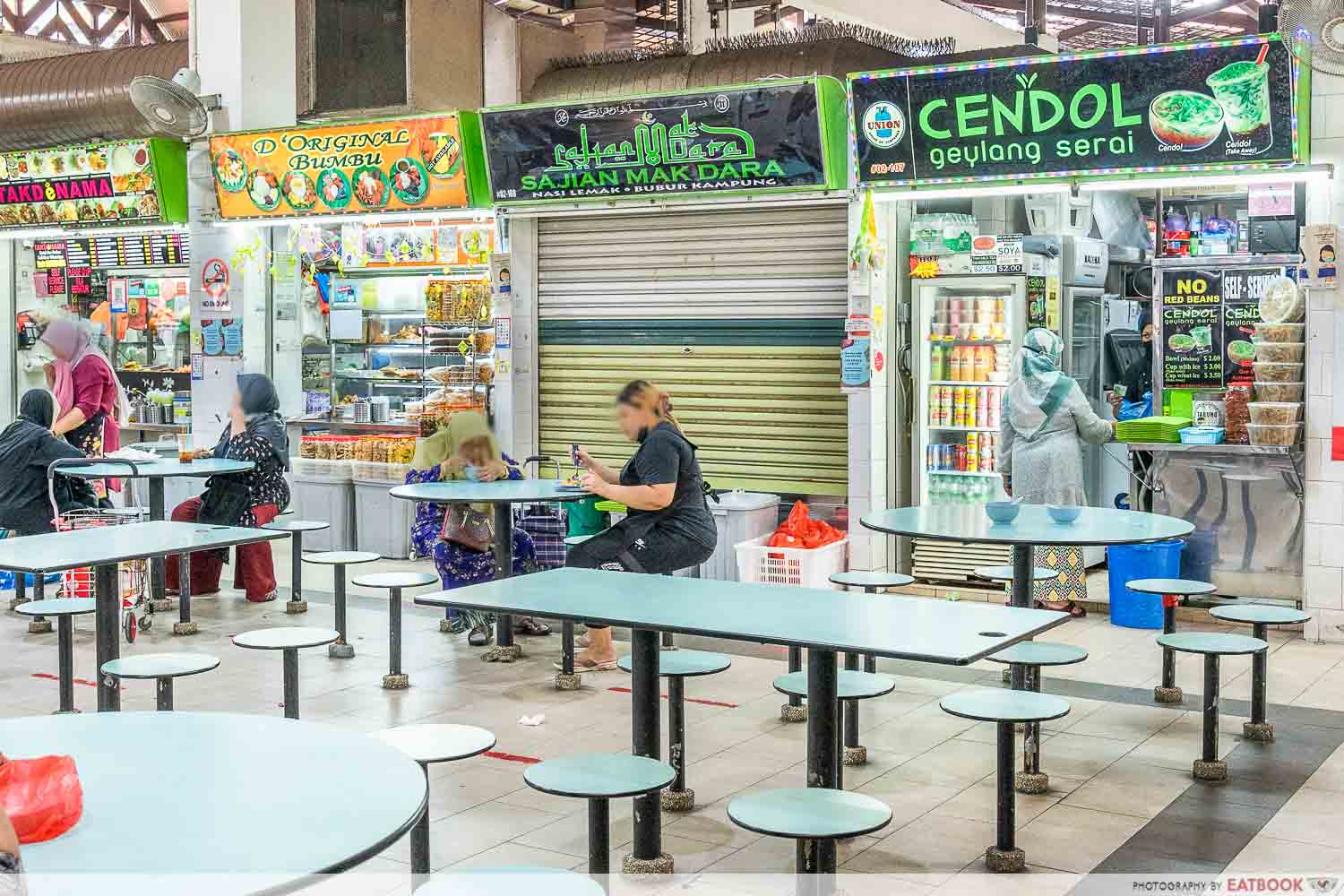 Cendol Geylang Serai is located in a corner of Geylang Serai Market and Food Centre, which is a nine-minute walk from Eunos MRT Station. It gets quite crowded at this food centre around lunchtime, so finding a table can be tricky. The hawker centre is brightly lit and airy, with ample space between each table. 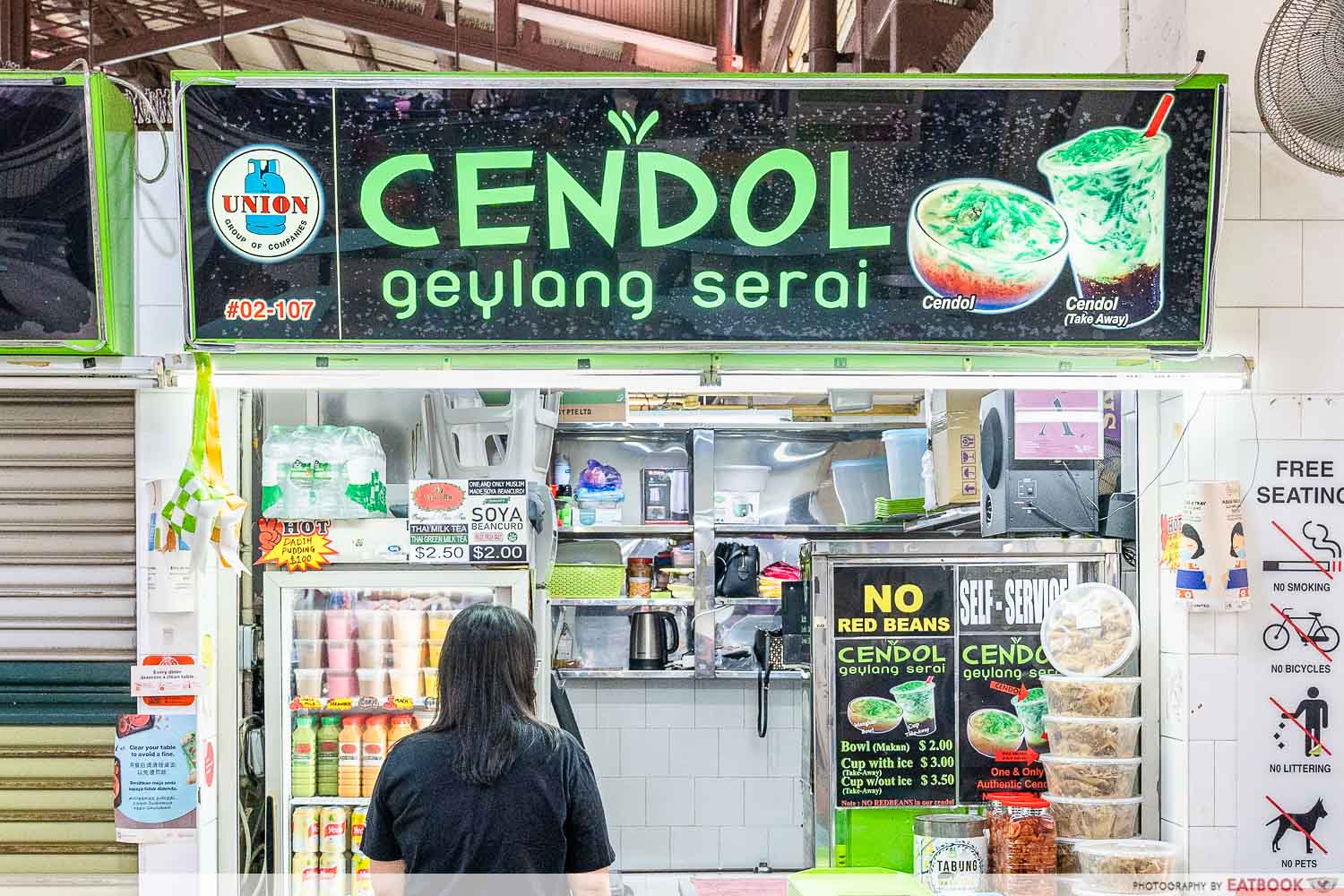 Cendol Geylang Serai serves simple but good chendol. If you’re a fan of this dessert, you should definitely check them out. However, I don’t see myself specially travelling to Geylang Serai Market for it, since there are other options nearby my place that is more convenient to get.

For more places selling chendol, check out our guide to chendol in Singapore. Alternatively, you can check out House of Dessert in Tampines for old-school desserts.

Photos taken by Tan Zi Hui.
This was an independent review by Eatbook.sg.

Cons
– Shaved ice was very fine and it melted too fast 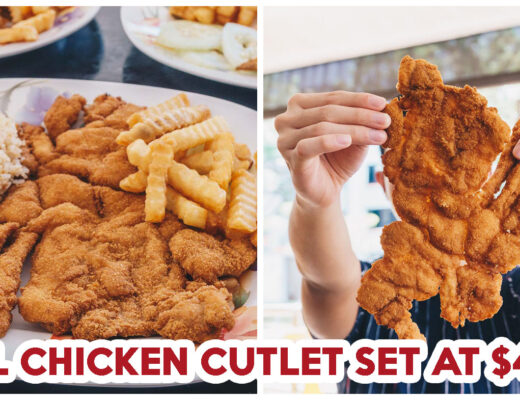 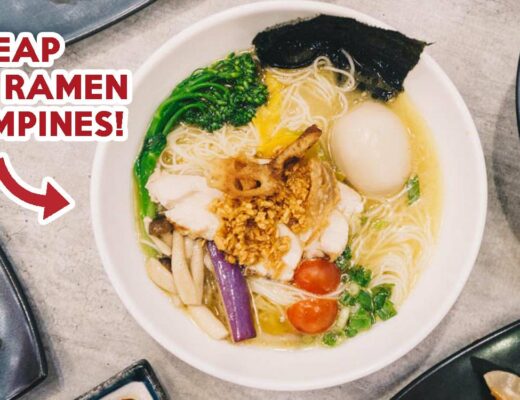 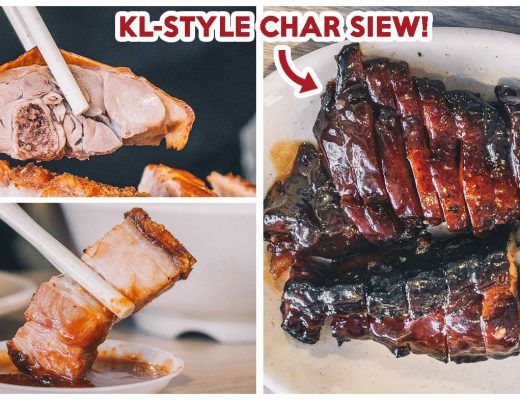