I’m not a huge fan of Sichuan cuisine, ‘cause it brings back bad memories of my first and last ma la experience where I basically went into shock from the spices and numbing heat. I did, however, manage to let go of my past animosity with Sichuan food after stumbling upon Chen’s Mapo Tofu. Offering Sichuan cuisine with a Japanese twist, this one-month old restaurant is opened by Michelin-starred chef Chen Kentaro.

Though Mapo Don looks like a mountain of mush on first sight, you’ll find a bed of rice under all that cubed tofu.

Being a spice wimp, I expected myself to tear up after a few mouthfuls when I saw bits of peppercorn mixed into the gravy. Surprisingly, this dish proved to be largely manageable, with the flavour of fermented beans masking some of the spiciness. It was only when I reached the halfway mark that the heat started to slowly rev up with a slow burn from the back of my tongue.

Japanese short-grain rice was used, and it proved to be a great complement to the silken tofu; its chewiness created a slight contrast to the creamy tofu.

Moving on to the other half of the set meal – Dan Dan Mien. We got this dry, as we wanted to savour the soup on the side by itself. The noodles were topped with a sprinkling of minced meat and chopped spring onions.

Each strand of noodle was evenly coated in a thin peanut sauce, boasting a nutty, addictive fragrance. Coupled with the salty minced meat, this combi has gotta be the food scene’s #powercouple of the year.

Nasu Don ($10.80) was the most aesthetically pleasing dish we had, as it showcased a beautiful pop of colour from vibrant pieces of eggplant.

Compared to Mapo Don, the sauce in this dish was slightly thicker, almost like a gravy. The addition of thinly sliced onions imparted a mellow, sweet flavour, and the minced pork provided a chewy bite to the sauce.

The eggplants were burst-in-your-mouth juicy, and though glistening, didn’t taste as oily as it looked. Having had my fair share of undercooked and tough eggplants, I liked how these had a thoroughly cooked and soft centre.

Kaisen Katayaki ($12.80) reminded me of the classic crispy seafood noodles or sheng mian found at zi char stalls. Deep-fried noodles doused in a starchy gravy were served with prawns, sotong rings, fried fish, cabbage, black fungus, and mushrooms, all of which were coated in the same gravy.

Unfortunately, the seafood had a fishy smell, which overwhelmed most of the natural flavour of the other ingredients.

The noodles itself boast an interesting texture; some strands soaked up the gravy well, while the rest remained dry and crisp. This gave each mouthful a pleasant textural contrast, from the crunchy strands, to the moist and starchy ones.

We were famished that day, and decided to spend a little extra moolah on some sides. One that stood out from the menu was Szechwan Popcorn Chicken ($4), which featured tiny balls of chicken breaded in a spicy Sichuan spice mix before going through the fryer.

Though small, these tiny bites packed a punch! The initial sting from the heat built up slowly into a full-blown numbing sensation after I popped a few into my mouth. Dried chilli was also tossed with the final dish, providing an extra oomph to the crispy, well-seasoned exterior. My only grouse would be how these weren’t evenly salted, and had areas that were concentrated with salt.

Hot and Sour Soup ($4) was filled with a chockful of ingredients, including squid, black fungus, strips of egg, shredded pork, and diced prawns. A drizzle of chilli oil crowned the top of the surface.

As much as I appreciate the generosity of the ingredients, the unique flavour of each ingredient provided was not prominent due to the overwhelming tang from the vinegar. Nonetheless, I enjoyed the different layers of texture, from the crunch of the black fungus and prawns to the chewy meat and smooth soup.

Located in the recently opened OUE Downtown Gallery Mall, Chen’s Mapo Tofu is nothing if not new. We arrived slightly before peak period hit, and couldn’t be more thankful for our great timing as the crowd started to build up during lunch. A long queue formed while we were digging in.

Ordering and payment are made outside the restaurant at a counter, and you’ll receive a ticket in return. You’ll have to collect your food at the kitchen once your ticket number flashes, so be sure to keep a close watch!

If there is one thing I learnt after dining at Chen’s Mapo Tofu, it would be how Sichuan food doesn’t necessarily equate to spicy. I thoroughly enjoyed the idea of combining both Sichuan and Japanese flavours into one dish, and would definitely revisit this place outside peak hours. Furthermore, given the quality and taste, most of the dishes here are value-for-money.

If you don’t mind splurging for a fancy occasion, check out the Michelin-starred Shisen Hanten, which is also run by Chef Chen Kentaro. If you feel like having Vietnamese food, check out Pho Stop, which is also at Downtown Gallery. 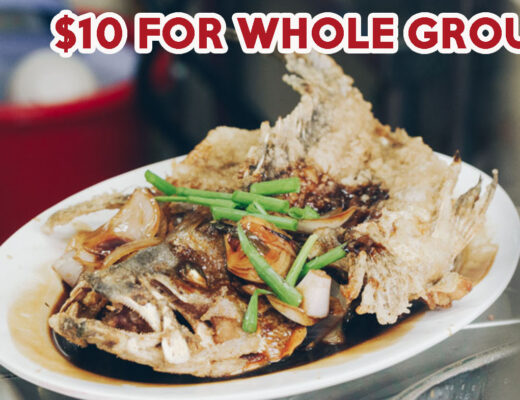 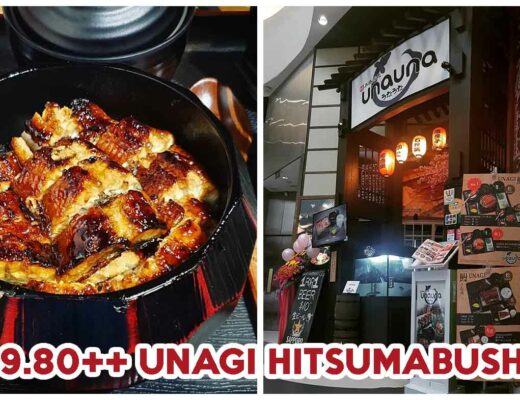 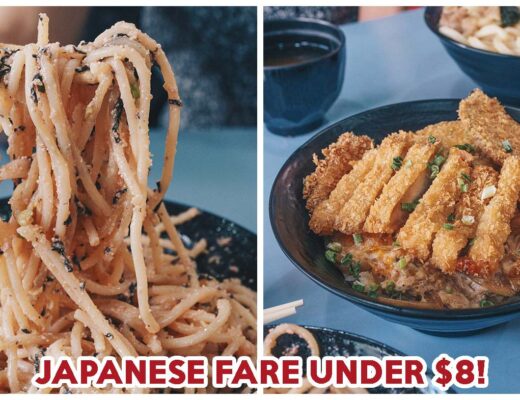