This Kinder Bueno Ice Cream Tastes Like The Snack | Eatbook.sg 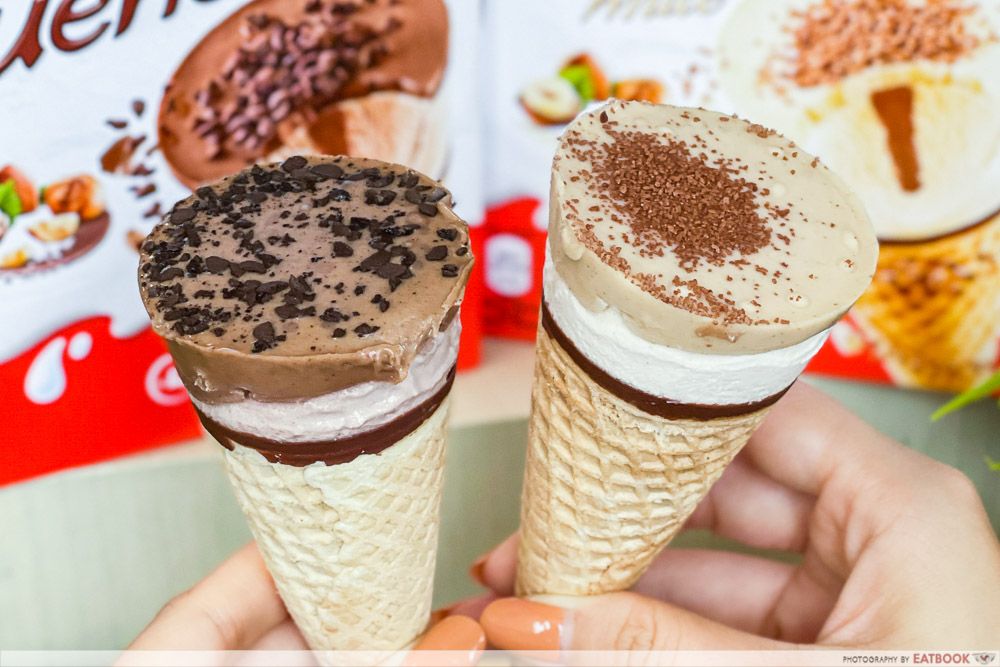 Back in 2018, Kinder Bueno fans around the world were rocked when they announced the launch of a Kinder Bueno Ice Cream series. To their dismay, however, it was only released in Europe, before 2020 saw it hit Malaysian shores. This year, you won’t have to cross any borders to get your hands on these cones, because they’re right here, stocked in FairPrice Finest! 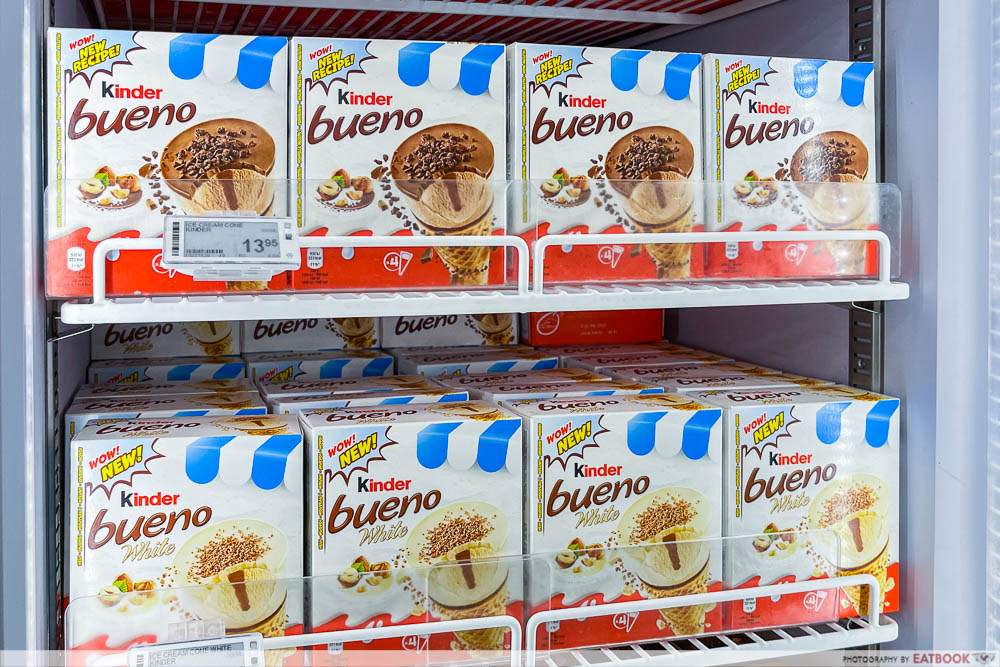 Available in two variants—Kinder Bueno Classic and Kinder Bueno White—you can purchase them in boxes of four cones for $13.95. It’s topped with a milk chocolate-hazelnut layer and chocolate flakes, and tastes exactly like the hazelnut-chocolate snack bar! 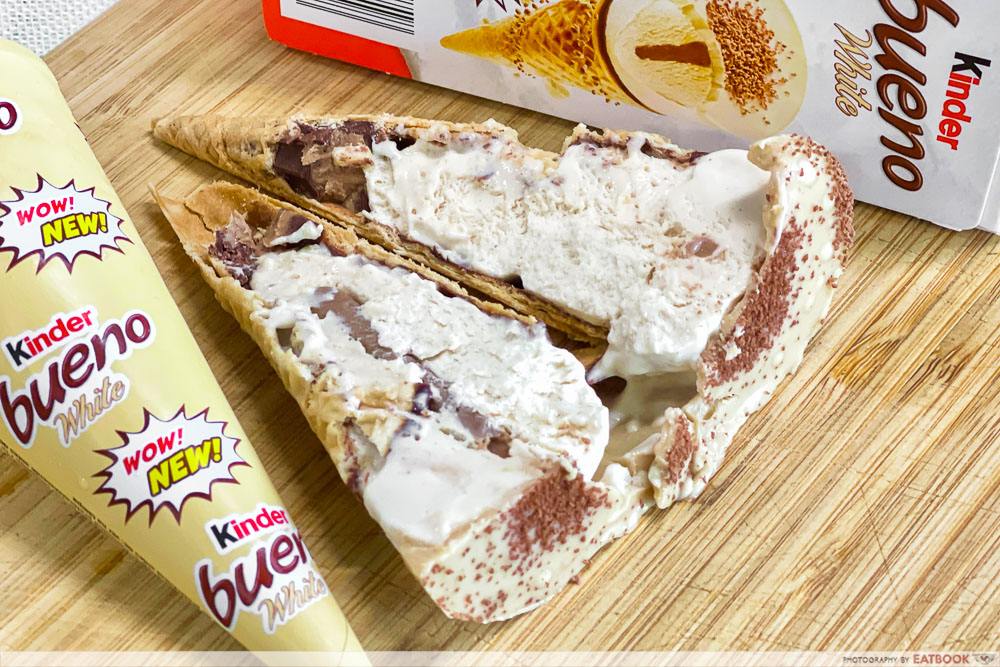 If you’re interested in Kinder Bueno White, it’s essentially the same, except that instead of the milk chocolate-hazelnut layer, you get a white chocolate version—much like the actual wafer. Instead of chocolate flakes, this comes with granulated chocolate. 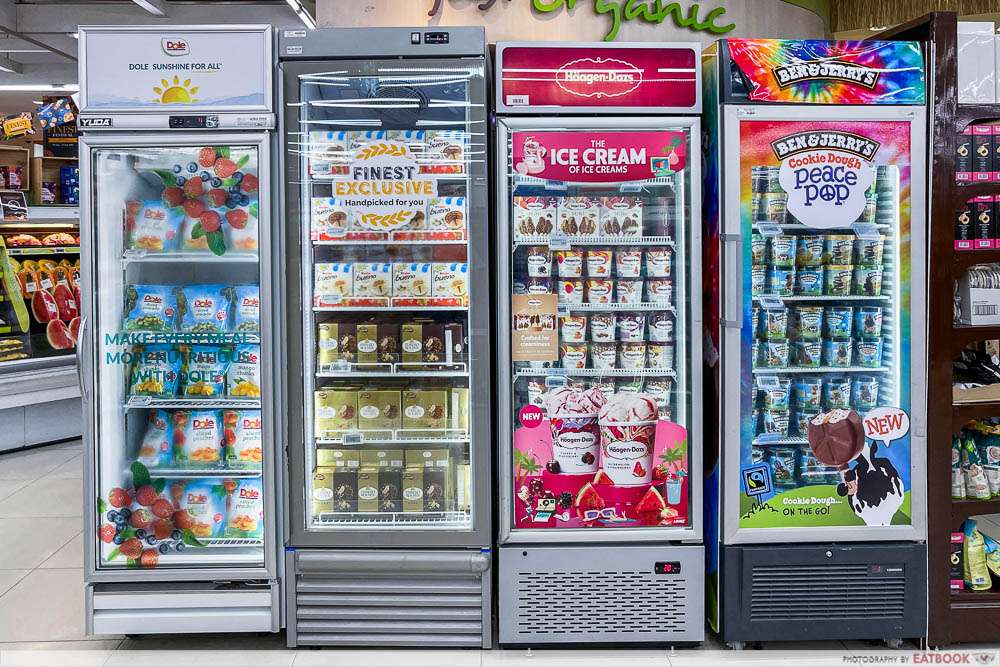 In case you were wondering if the Kinder Bueno Ice Cream that’s sold locally is made in the region, these are actually imported directly from Germany, where they’re produced. 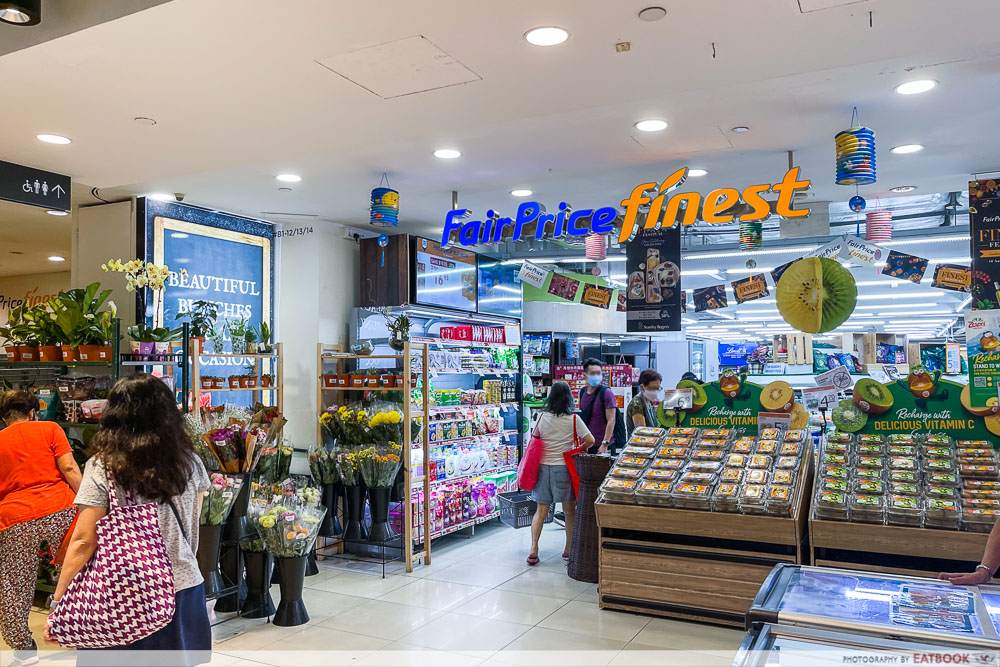 In another case of snack-turn-ice cream, LOTTE has turned their popular PEPERO snack into ice cream bars too! If you want to head out for your ice cream fix instead, we’ve got a list of ice cream and waffle places in Singapore that you can check out.

Photos taken by Casandra Nicholas.
This was an independent article by Eatbook.sg 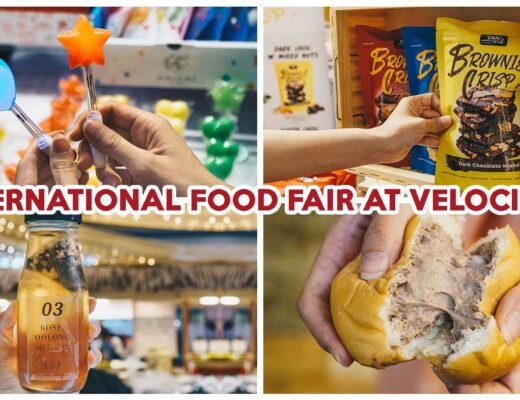 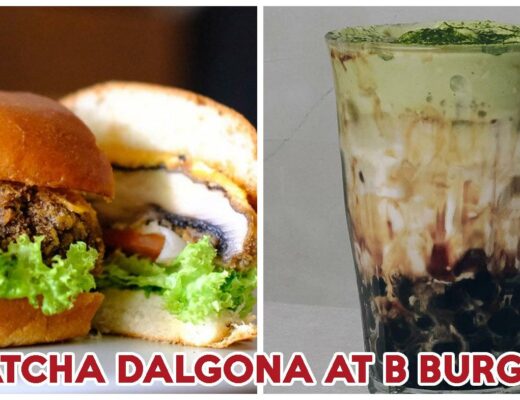 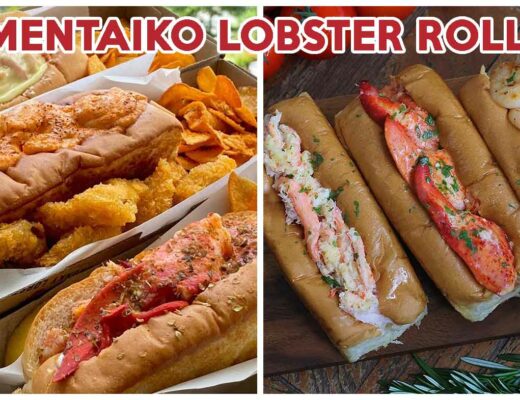