The people around me would know how much of a sucker I am for Korean food, and I was excited to get my hands on the Army Stew ($19.90). Although it is stated on the menu that this is meant for two people, I’m quite sure the large pot can feed up to three. 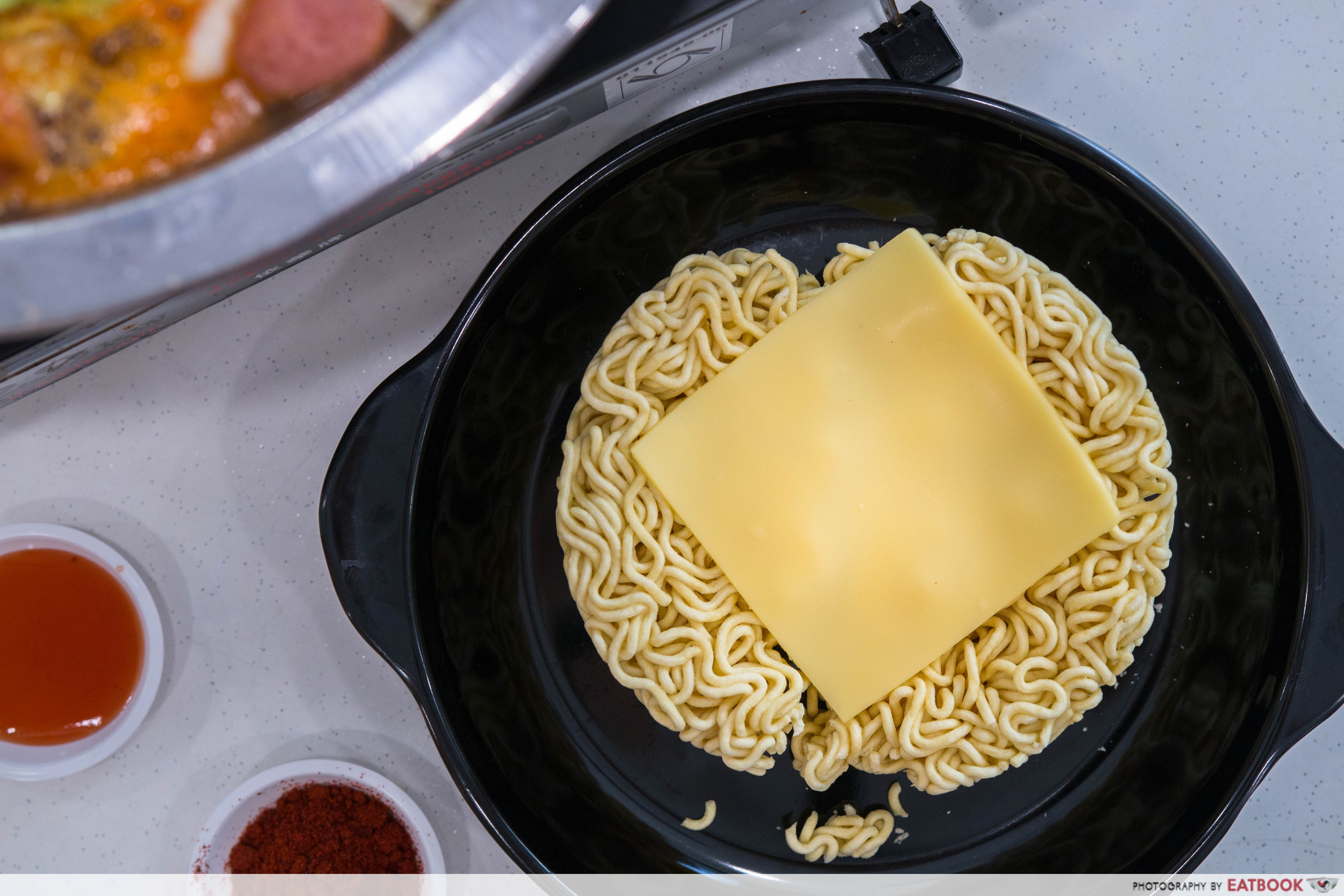 A few spoonfuls of gochujang (red chilli paste) were added into the broth to give the dish a spicy kick. Even with the gochujang, the stew only contained a hint of spiciness, making this suitable for those who have a low tolerance for spicy food. The stew had a sour tang from the kimchi that was swimming inside. If your broth ever runs out, feel free to ask the staff for a free top-up! The Korean rice cakes absorbed the stew and were really chewy. The pork belly went unnoticed by my colleague and I for a while as it settled all the way to the bottom. However, it was not overcooked and nowhere near tough. In fact, it was tender and flavourful as it absorbed the broth. Besides army stew, we also got ourselves a bowl of Bibimbap W Meat ($6.50). You can choose either chicken or beef, and we opted for the latter. The dish also includes black fungus, kimchi, fishcakes, sliced carrots, and a sunny side up. As I mixed the rice up, I found a spoonful of gochujang hidden underneath the sunny side up. The bibimbap tasted similar to army stew – a little spicy with an added tang from the kimchi. I liked how my mouth experienced a variety of textures from each ingredient. There was the crunch from the black fungus, kimchi, and carrots, followed by tender and juicy minced beef, and chewy fishcake. Star Army Stew is located at a coffee shop in Ang Mo Kio Avenue 4. Its signboard stands out from the rest so it won’t be hard to spot it. If you happen to be living in any of the HDB flats around it, do head down with your family members to give it a go. While the dishes here is value-for-money, they don’t stand out much in terms of taste. If you just want to have your Korean food cravings fixed, then head over for their army stew, but don’t travel all the way to AMK just for the bibimbap. For more cheap and good Korean food, check out Seoul Shiok, a Korean hawker stall selling army stew with cheese, or our list of affordable Korean food at $15++ or less!