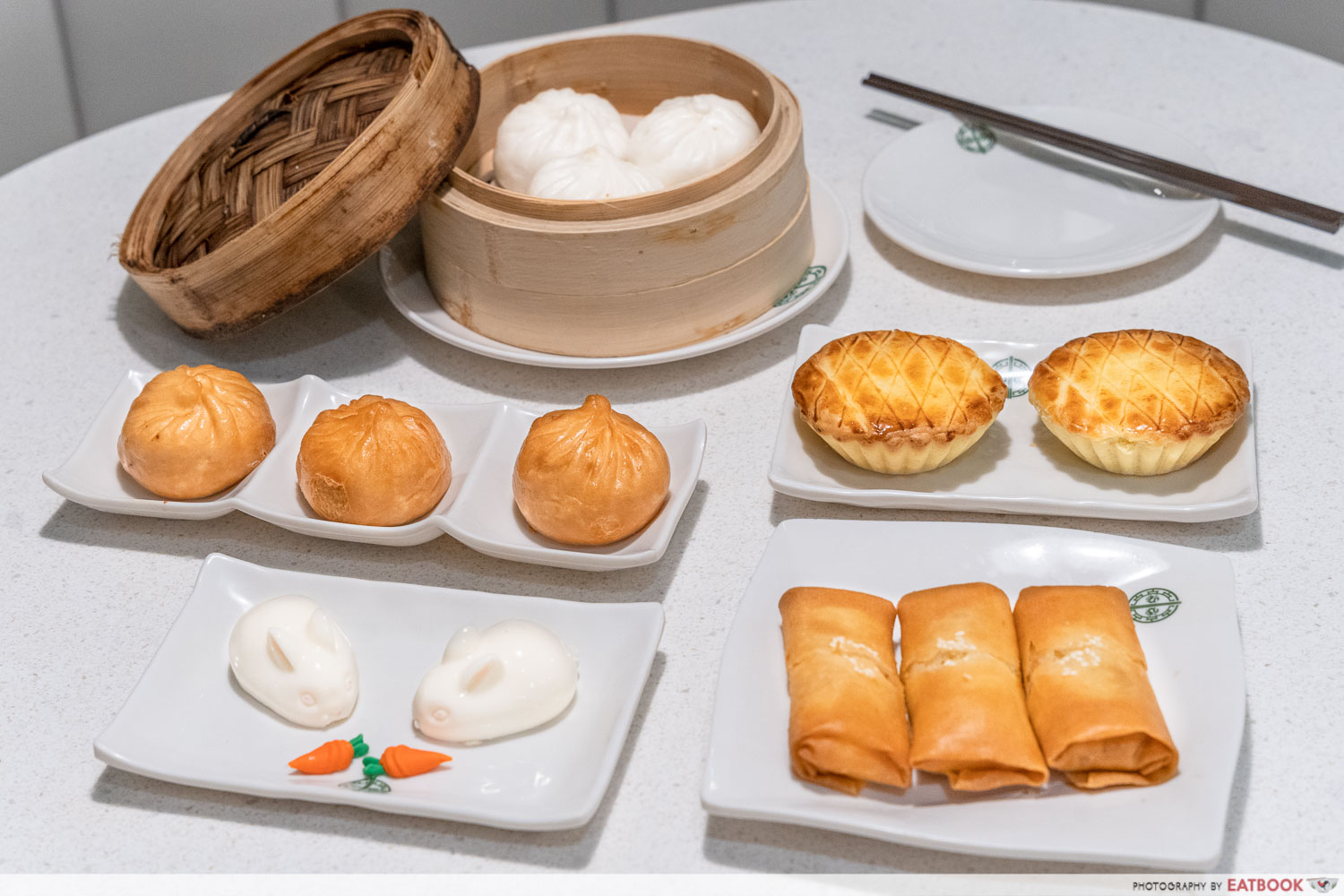 We’re no strangers to Tim Ho Wan. The Hong Kong dim sum chain has long held the honour of being the cheapest Michelin-starred restaurant in the world. They’ve been in Singapore for almost 10 years now, and this National Day, they’re joining in the festivities with all-new chilli crab dim sum items and more! These new dishes will be on the menu from now till 30 September 2022. 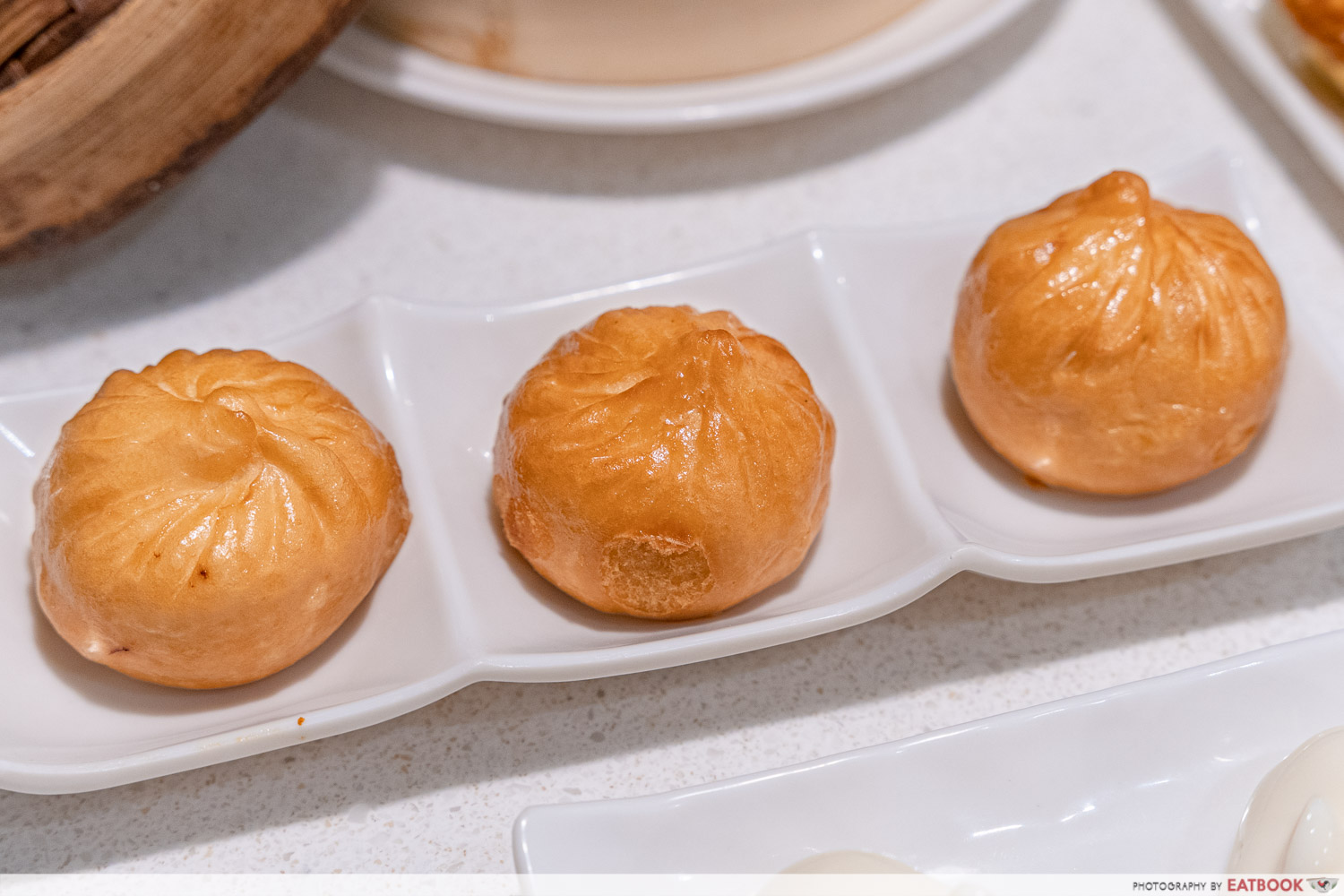 Like many other of our local dishes, it’s debatable whether chilli crab is Singaporean or Malaysian, but there’s no mistaking the spot we have in our hearts for the dish. This August and September, get it in the form of Fried Chilli Crabmeat Spring Roll ($7.50++) and Chilli Crabmeat Bun ($8.80++) at Tim Ho Wan. 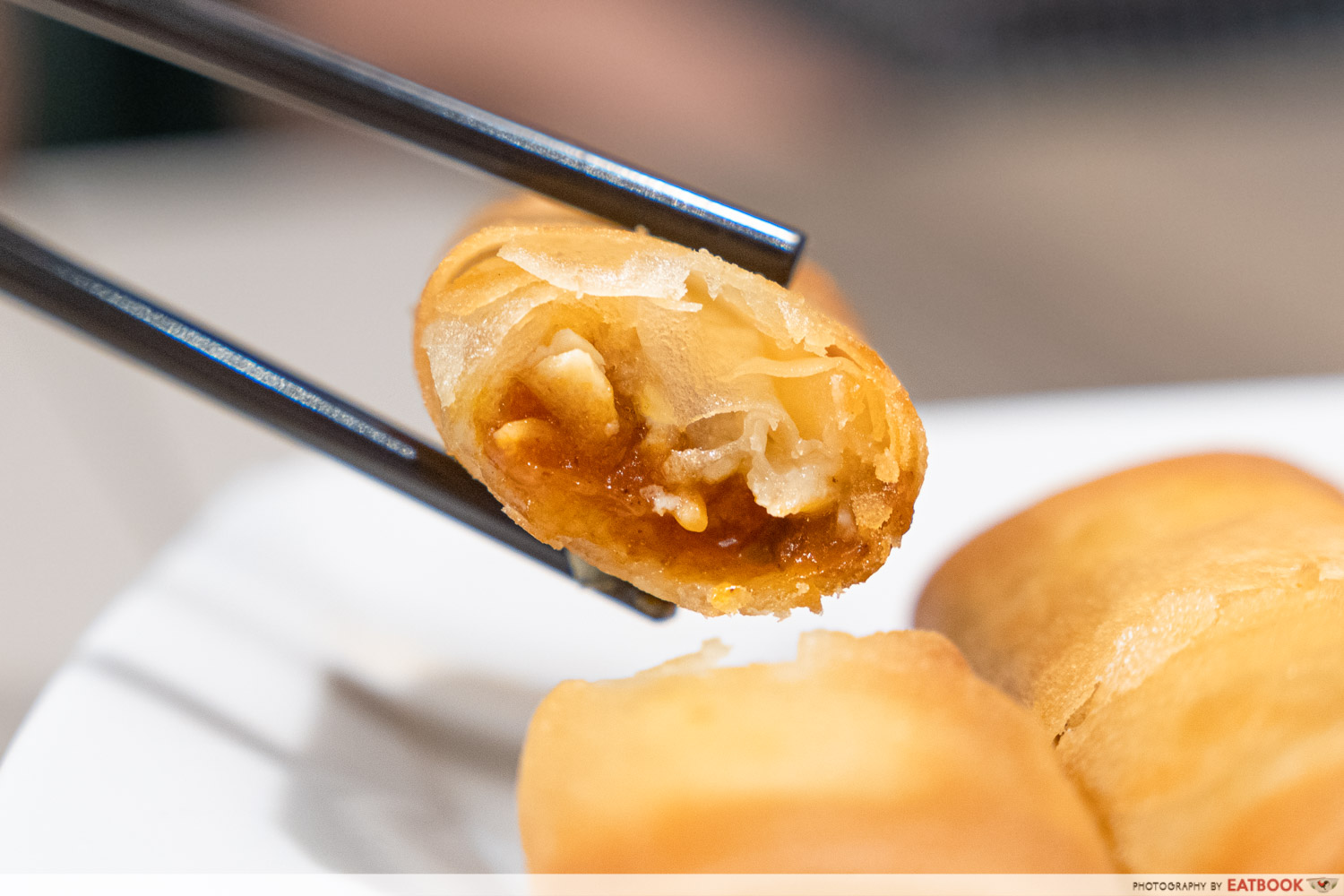 The first of these two dim sum items is an easy favourite. It’s freshly fried to order, and a sweet-spicy upgrade from your regular spring roll. There are three in each order, halved for ease of sharing.

So it’s clear that you’re getting real crab meat, as the ones used in these chilli crab dishes are kept in chunks, rather than shredded and cooked into the chilli crab sauce. Whether you’re a fan of steamed or fried stuff, the Chilli Crabmeat Bun has got you covered. It comes in two versions: steamed, and deep-fried to golden perfection. 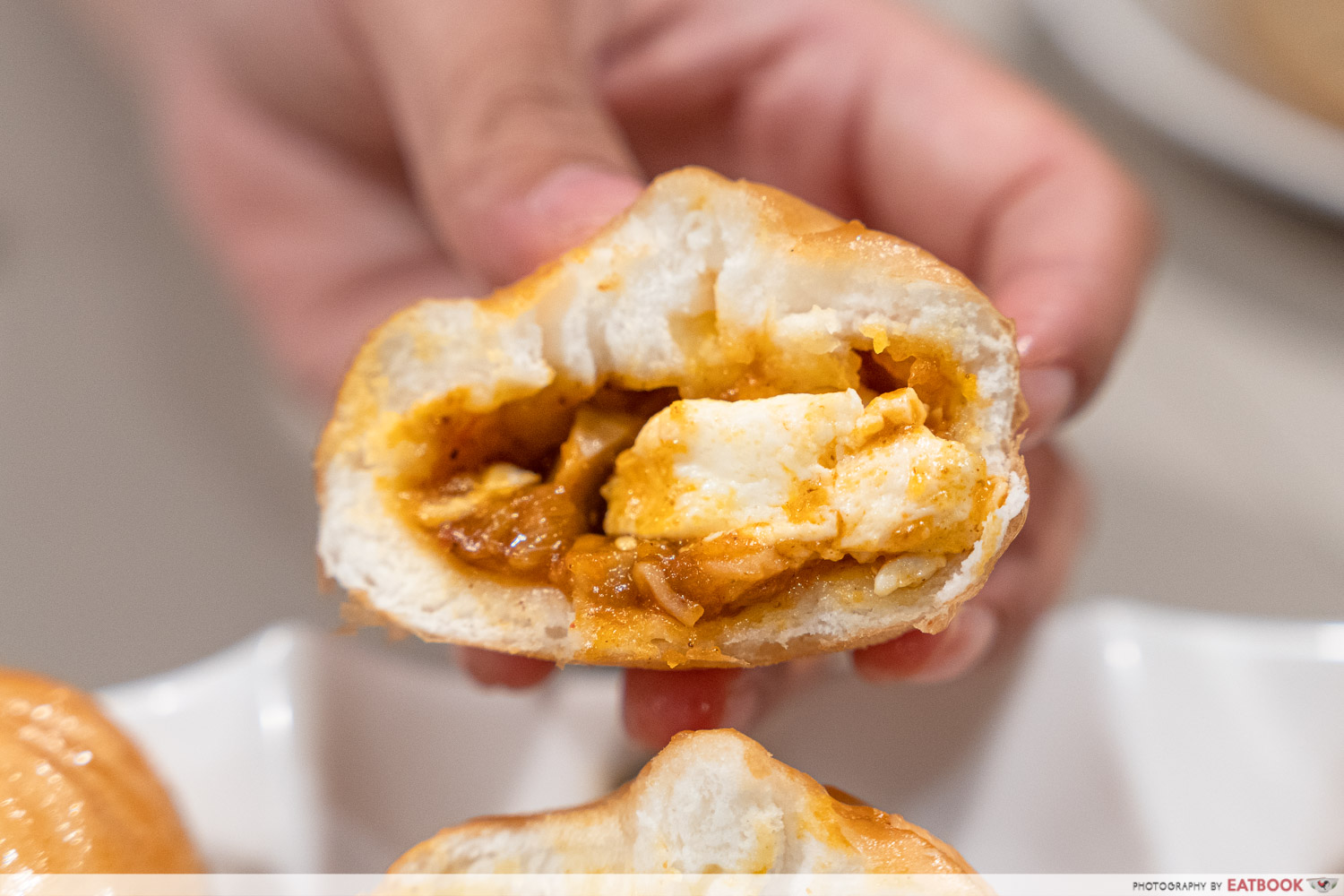 Both come with fluffy bao, and that same chunky piece of crab meat within. 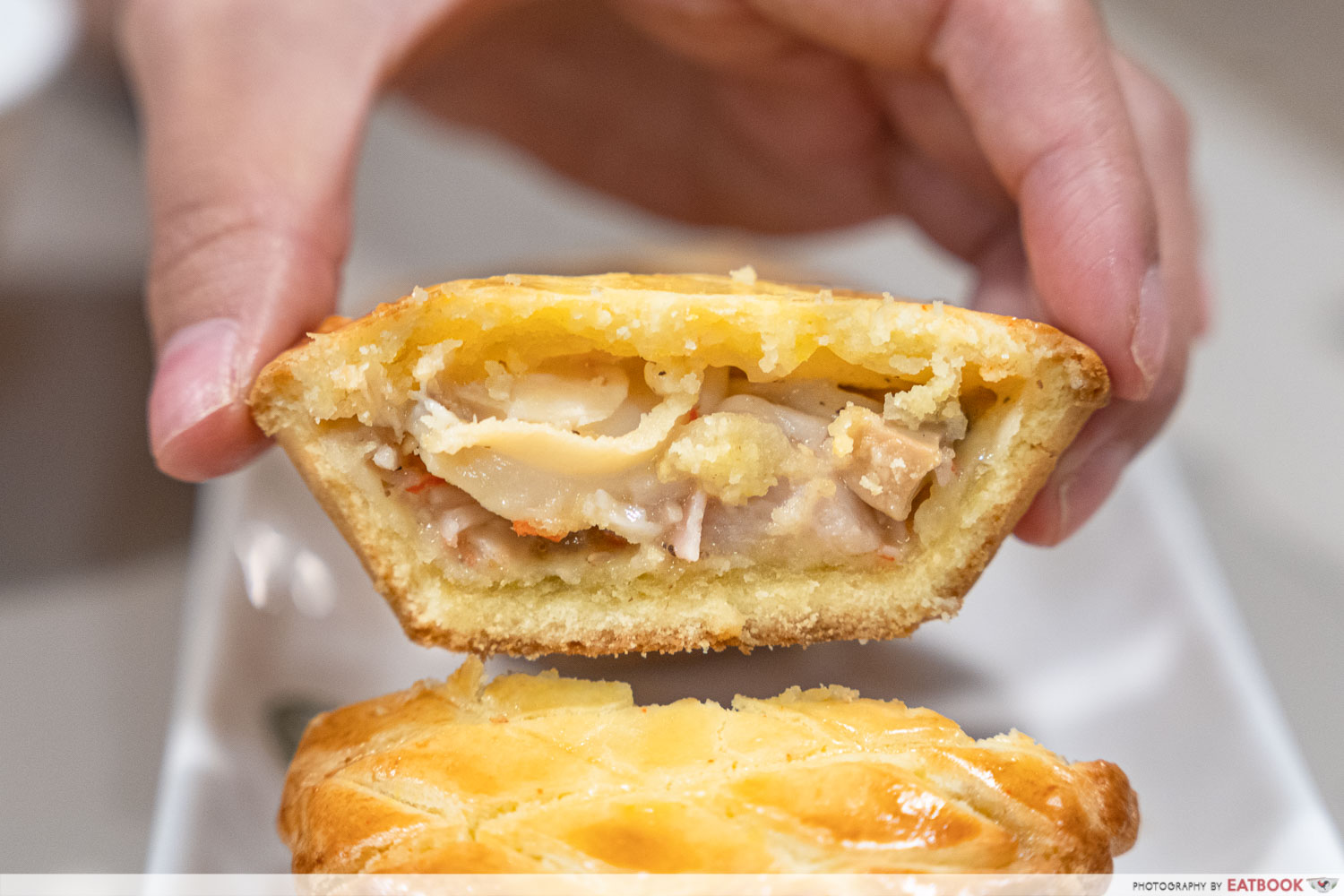 Another limited-time special is Baked Abalone Chicken Pie ($8.30++), which comes as a serving of two bigger-than-average tarts. If you usually get chicken pie at your dim sum meals, consider this a glammed-up edition, with mini abalone ingots complementing the chicken filling. 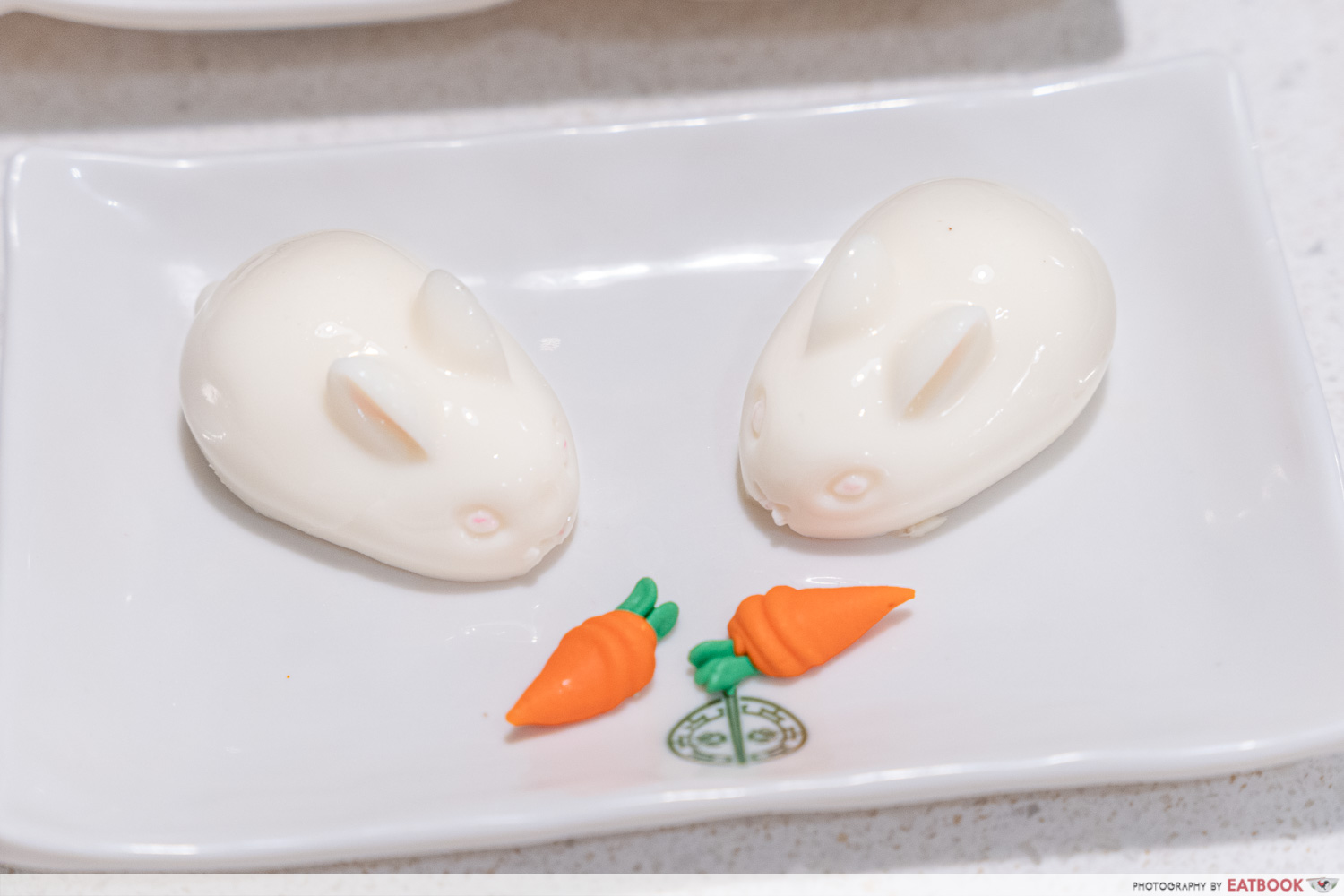 Then, do the jiggle-jiggle with their Snow Rabbit Pandan Coconut Pudding ($6.30++), complete with pink-tinted details and mini carrots.

If you’re looking for the real deal, here are 10 places you can go for chilli crab under $80++! For the month of August, you could also get chilli crab man tou at Old Chang Kee! 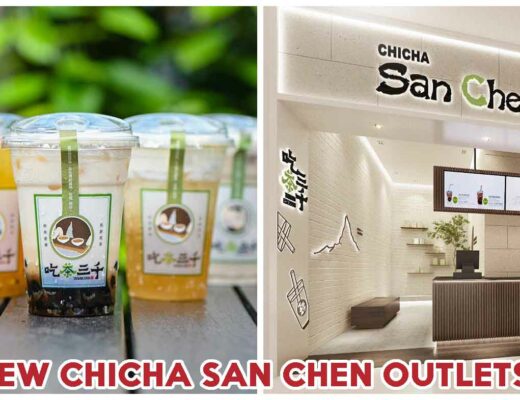 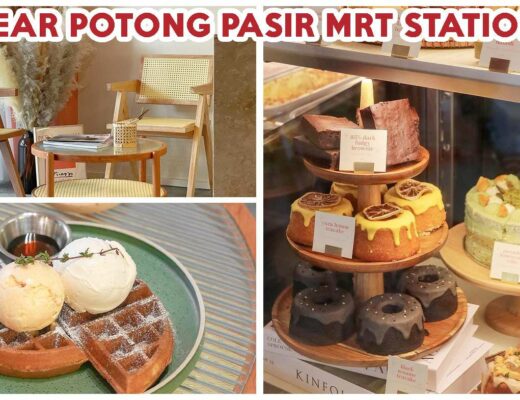 Once Upon A Time: Actress Jeanette Aw Opens Minimalist Bakery In Jalan Besar