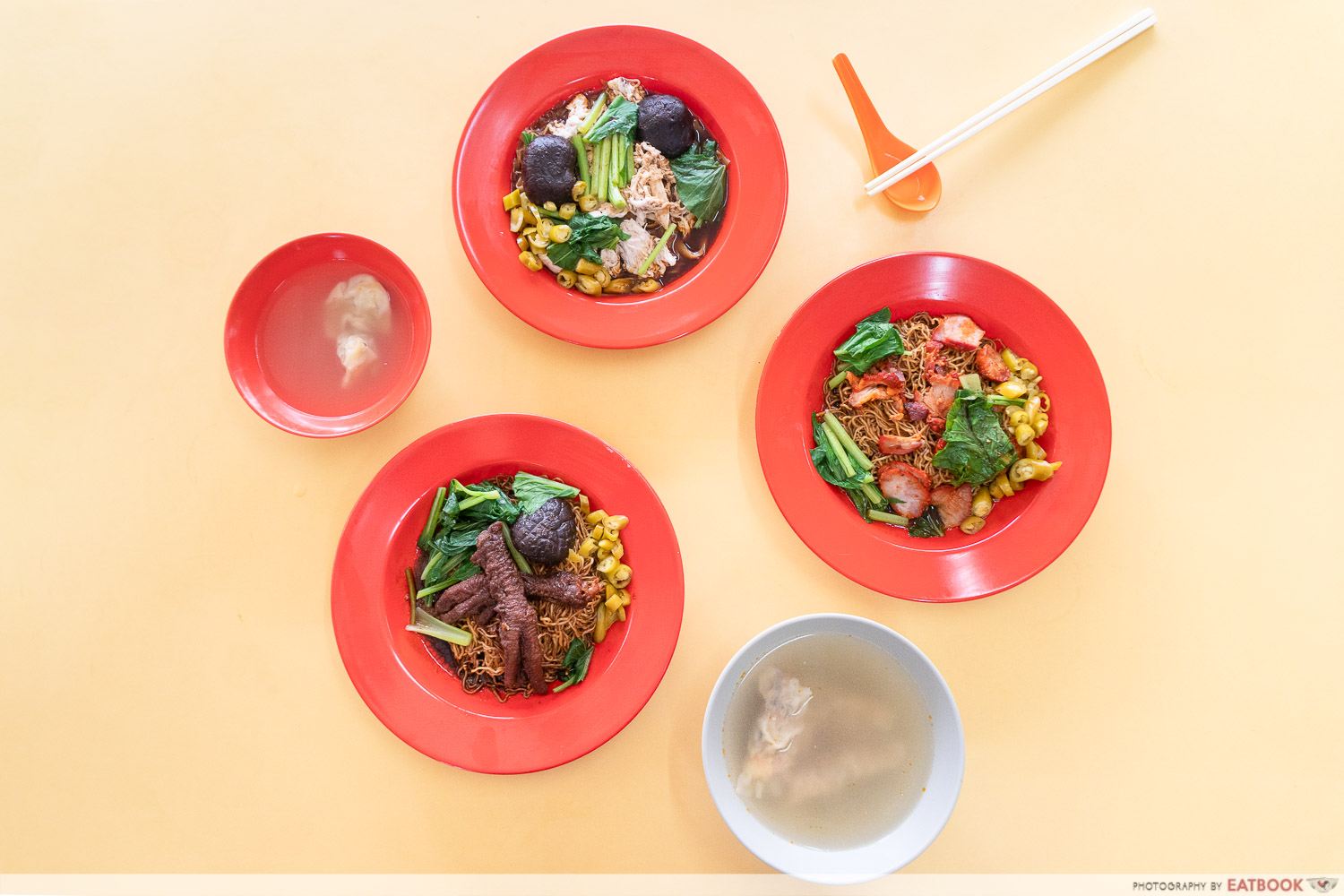 There are many cultural similarities between Singapore and Malaysia, spanning from the way we speak to the food that binds us together. Case in point: wonton noodles, a dish with plenty of devotees on both sides of the border. 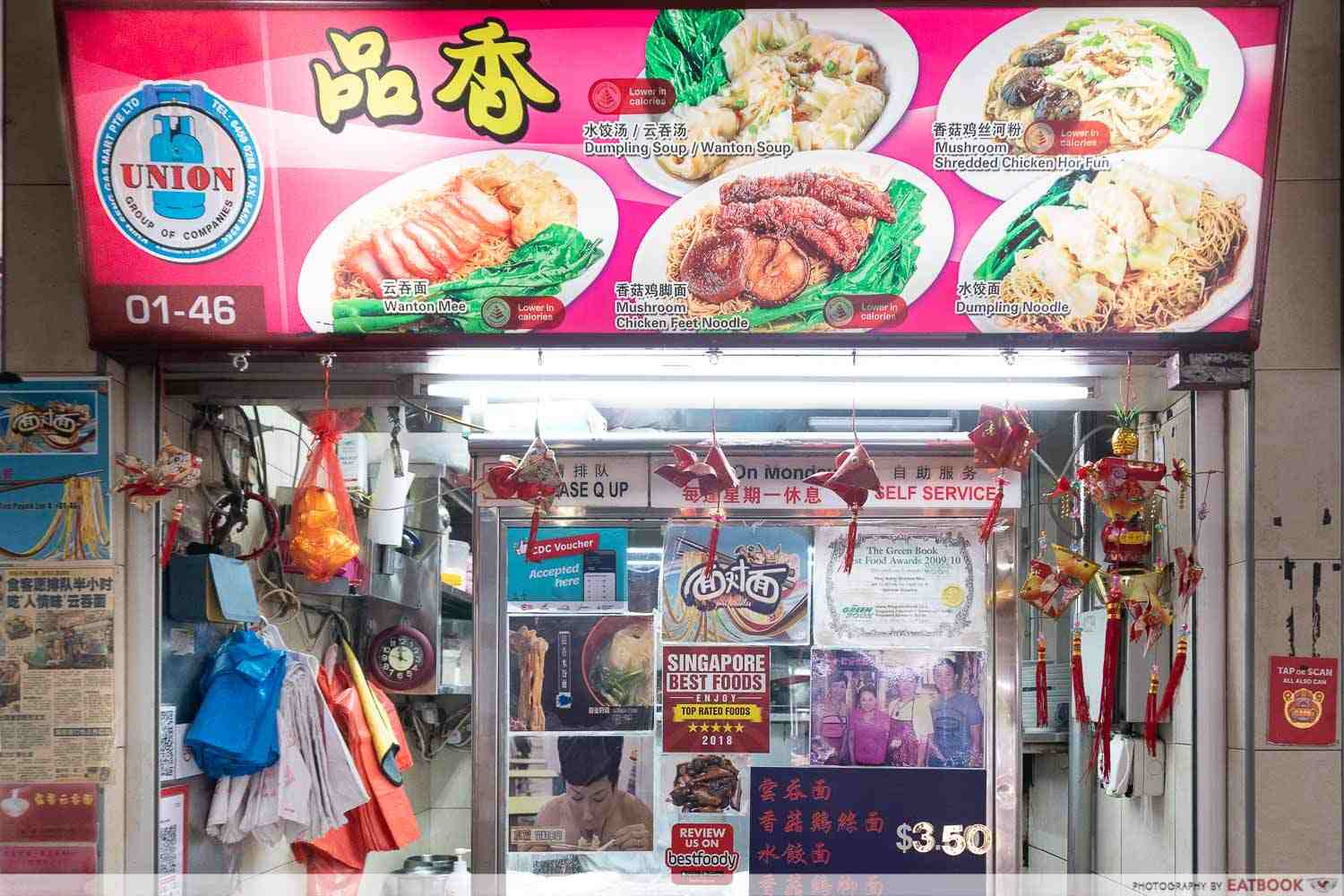 But if we dig a little deeper, there are enough differences between both variants of wonton mee for them to stand apart from each other. While most of us are plenty familiar with the Singapore version, the dark soya sauce-laden noodles at Pin Xiang, a hawker stall at Toa Payoh, is a fine example of Malaysian-style wonton mee. 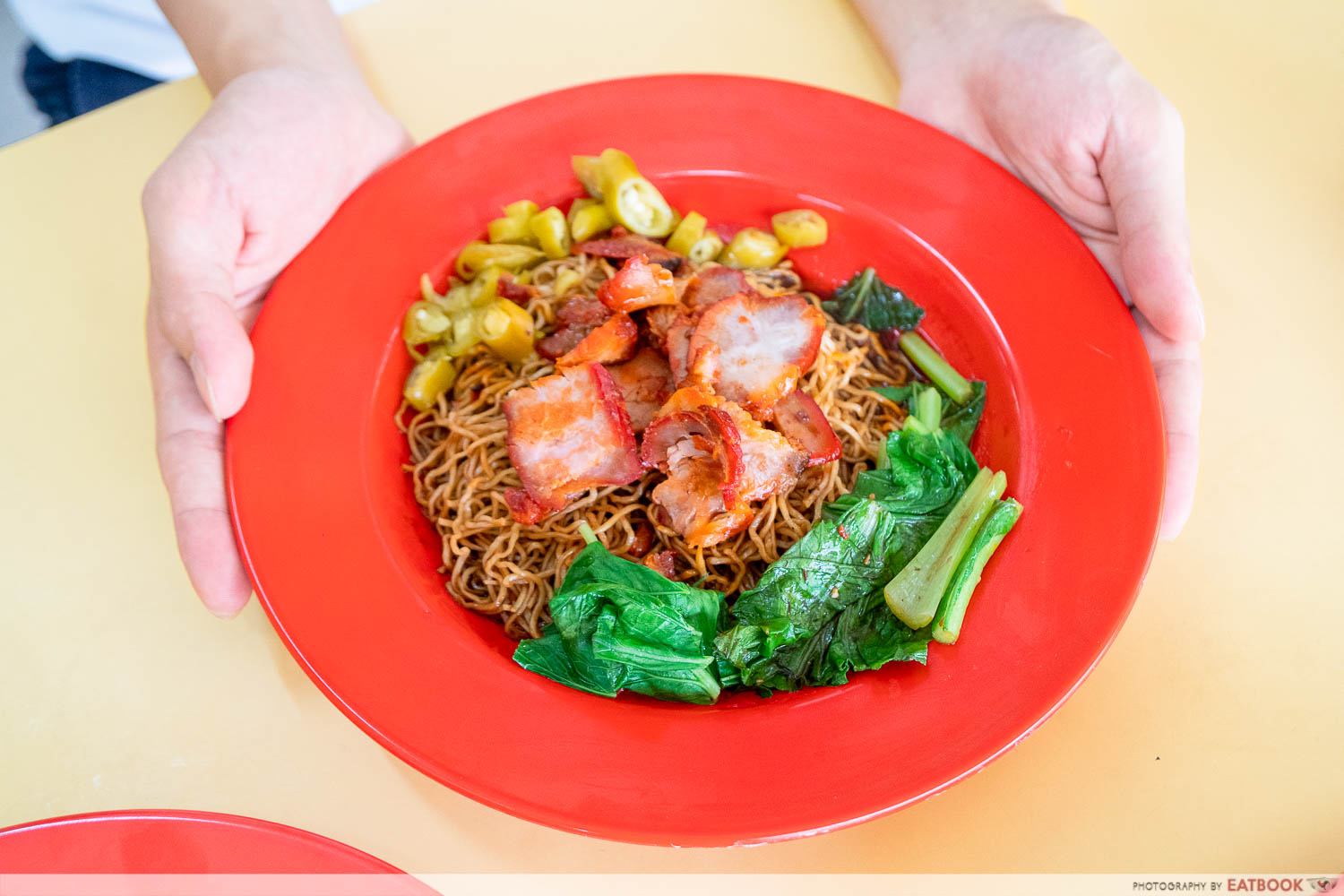 Appearance-wise, the Wanton Mee ($3.50) looks like what you’d expect from a typical bowl of wonton noodles. However, there’s no trace of the bright-red chilli sauce that often features in local wonton mee. 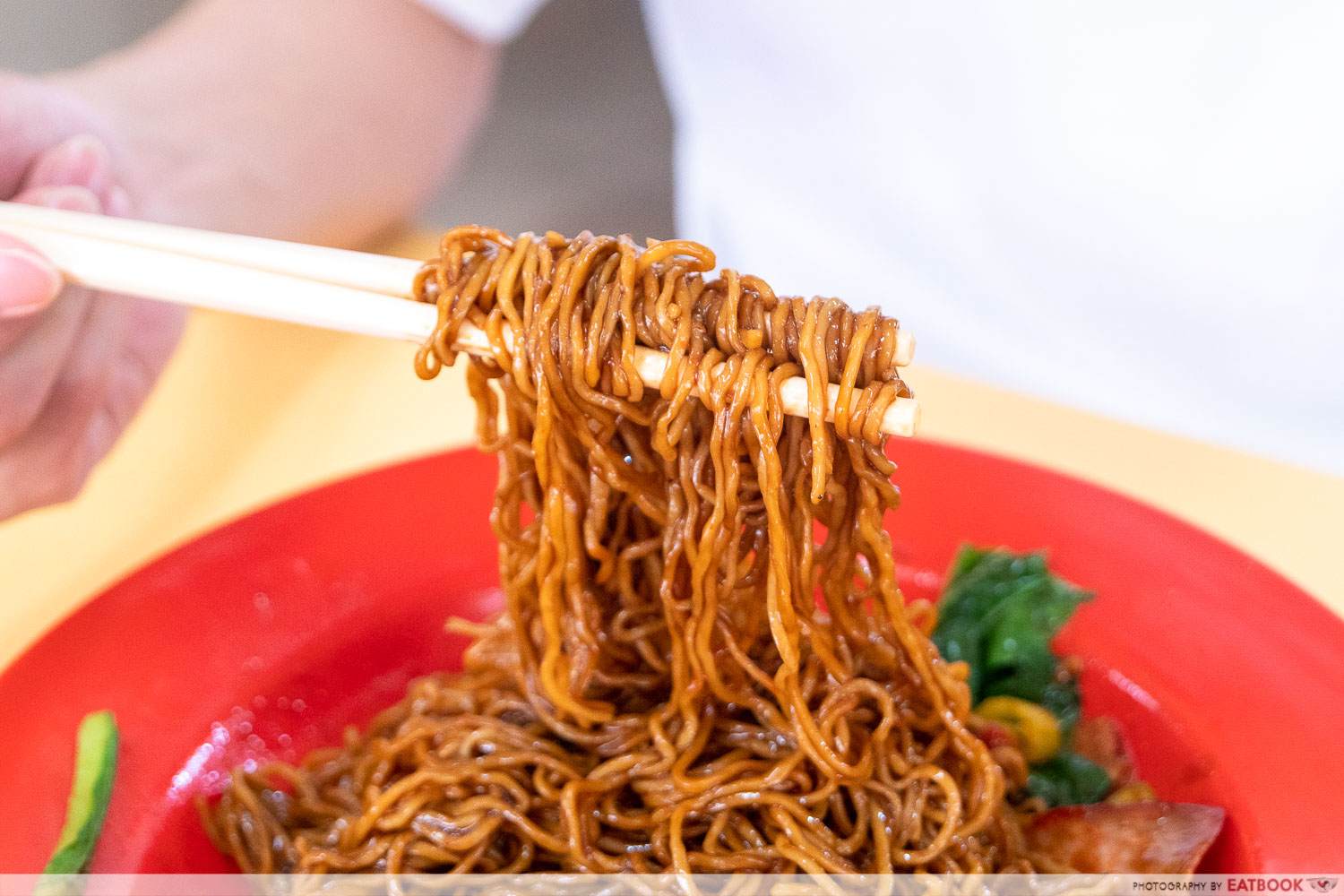 Instead, the springy egg noodles were doused in a rich and highly savoury dark soya sauce. According to the auntie manning the stall, who hails from Ipoh, this specially made sauce is what differentiates Malaysian-style wonton noodles from the local version. 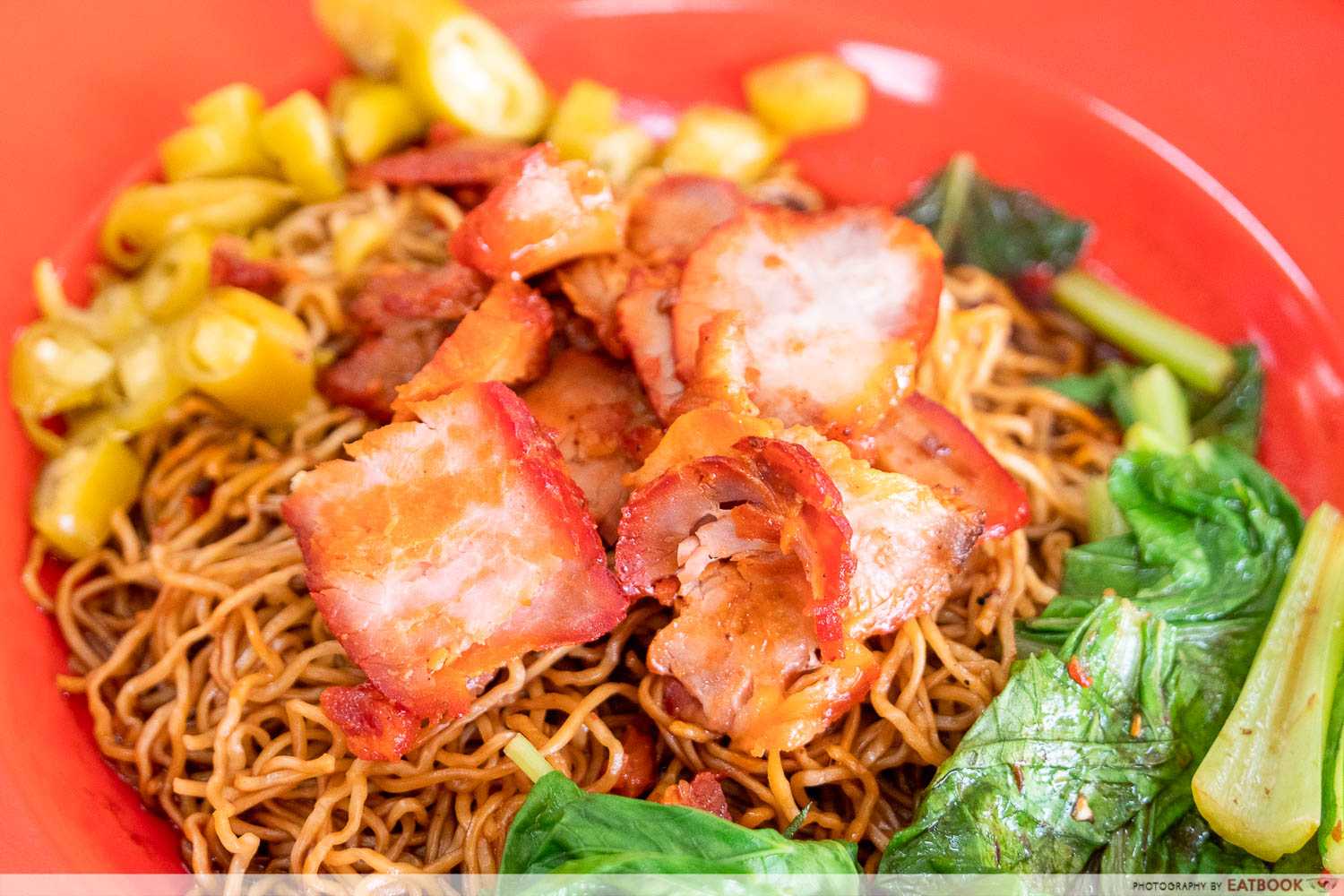 The copious green chilli slices in the dish, which offered a spicy kick and some sourness, served a supporting role. It never threatened to overwhelm, but rather stimulated my appetite enough to allow the QQ noodles and addictive black sauce to come through.

Some leafy cai xin added a pleasant crunch to each mouthful. The red char siew, while slightly dry, was tender and brought a nice porky flavour to the dish. Unfortunately, the two wontons that came in a bowl of soup were a slight letdown, as they weren’t particularly meaty, nor were they flavourful enough to effectively complement the noodles. 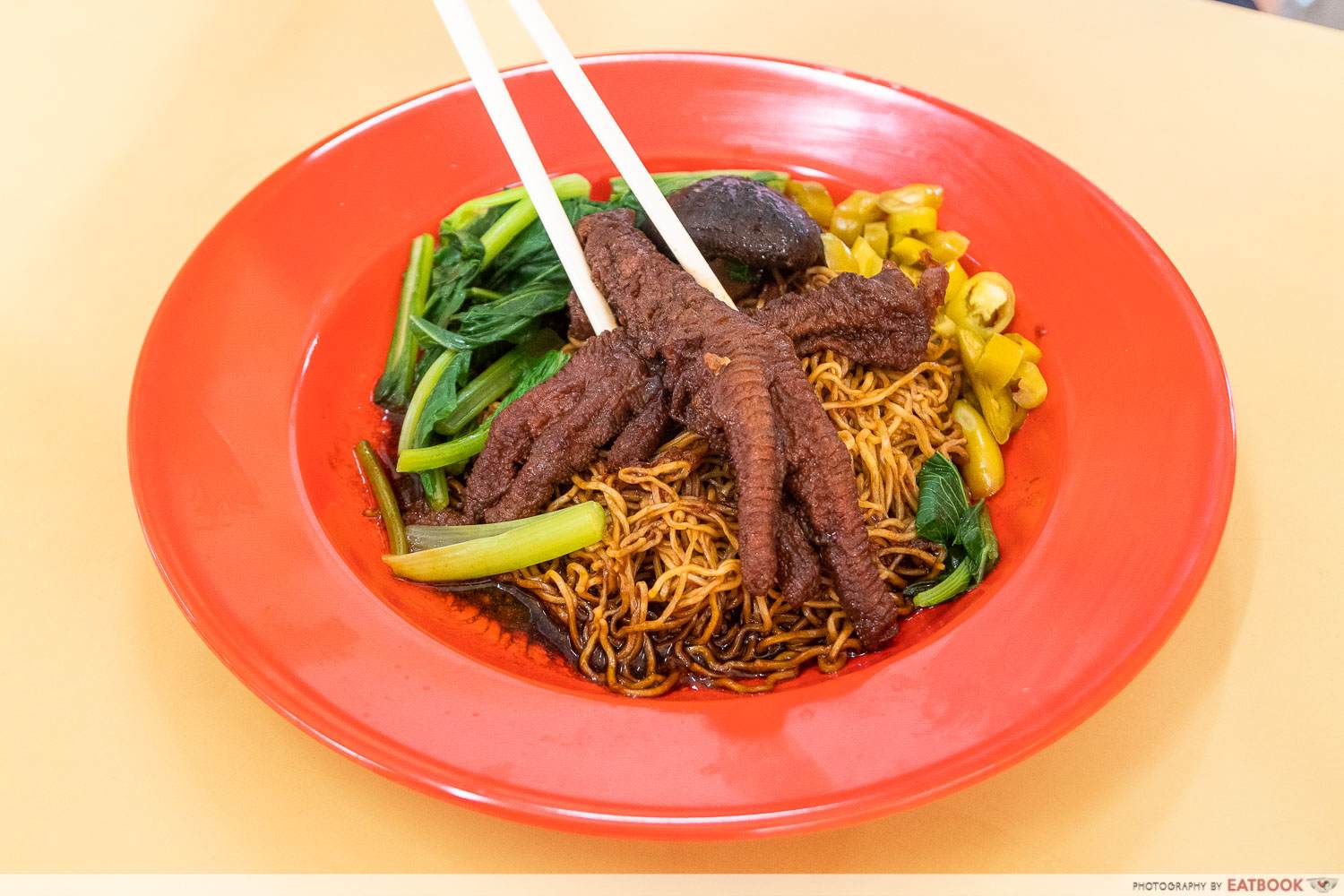 Our next dish, the Mushroom Chicken Feet Noodle ($3.50), swapped out the char siew and dumplings for braised chicken feet and shiitake mushrooms.

I’ll admit that my stomach churns at the thought of eating chicken feet. They are, after all, an acquired taste. For the sake of journalistic integrity, however, I gathered some courage and began chowing down as my colleague—who also dislikes the dish—watched in abject horror. 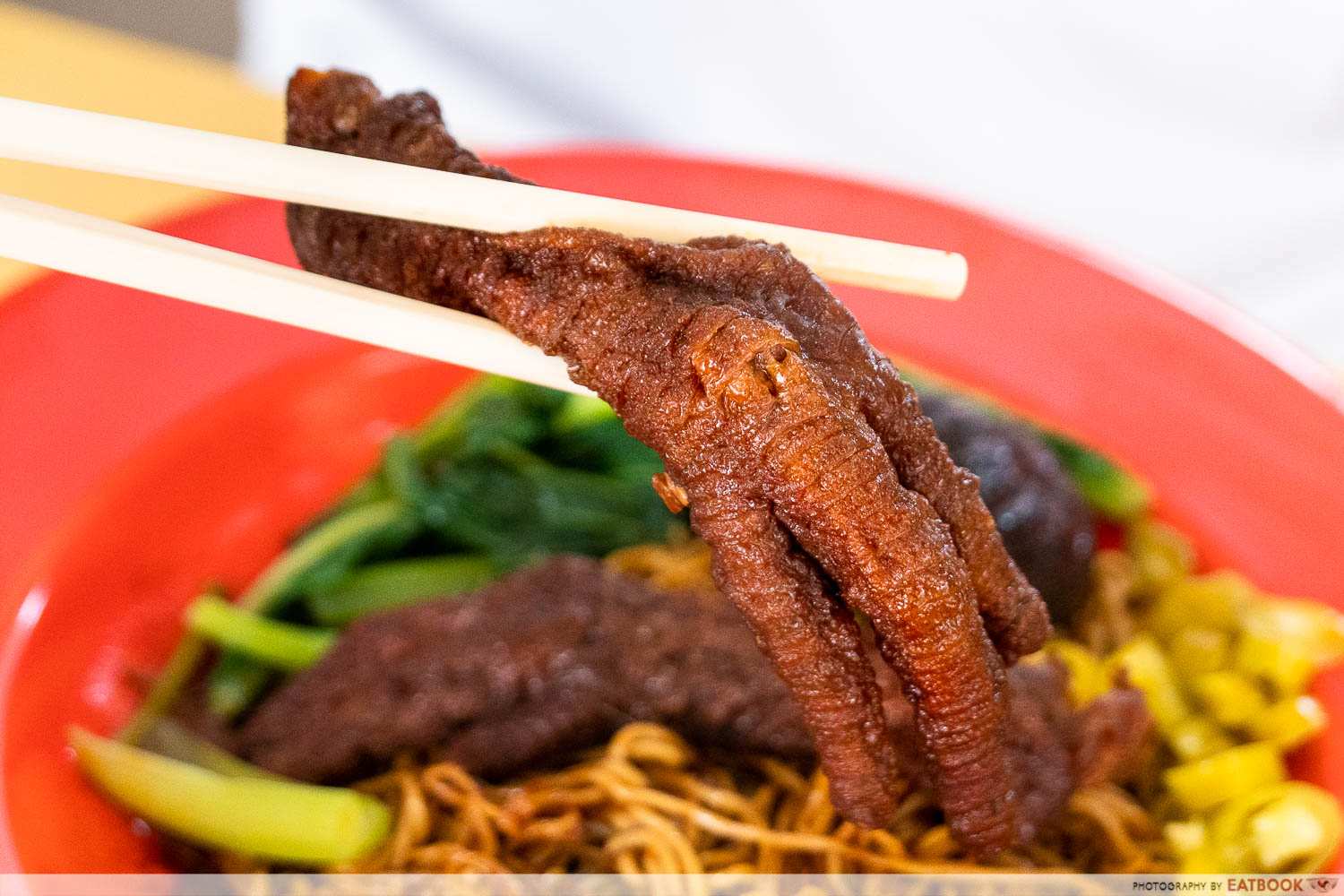 Thankfully, the chicken feet were actually really good! I was surprised at how nicely braised they were, with the earthy notes of the mushroom juices infused into the gelatinous chicken skin. Despite the tiny bones and odd texture, I was able to focus on the excellent flavours instead of dwelling on the fact that I was eating wrinkly four-toed feet. 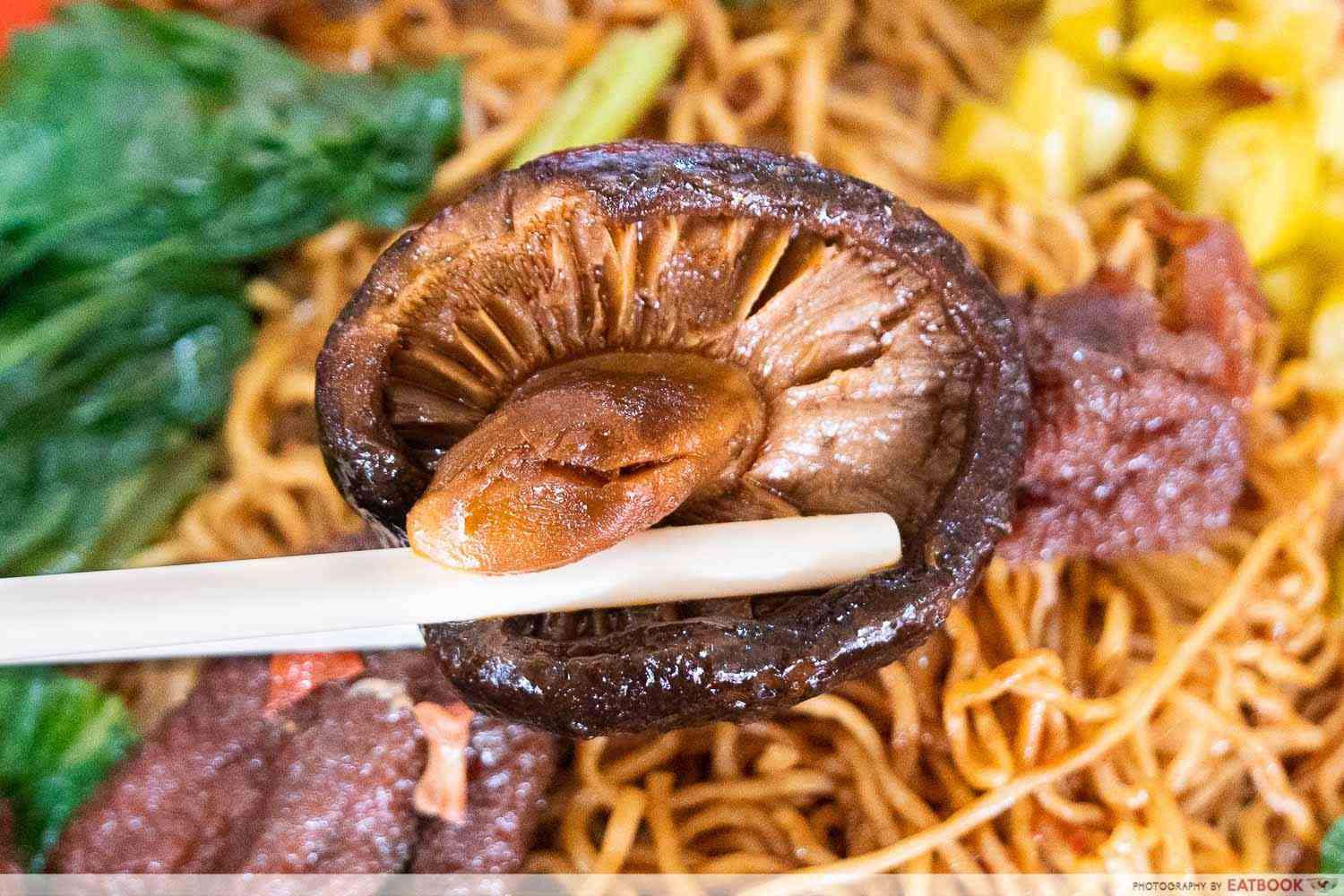 The large mushrooms, meanwhile, were just superb. They were pleasantly chewy, savoury, and so very juicy. 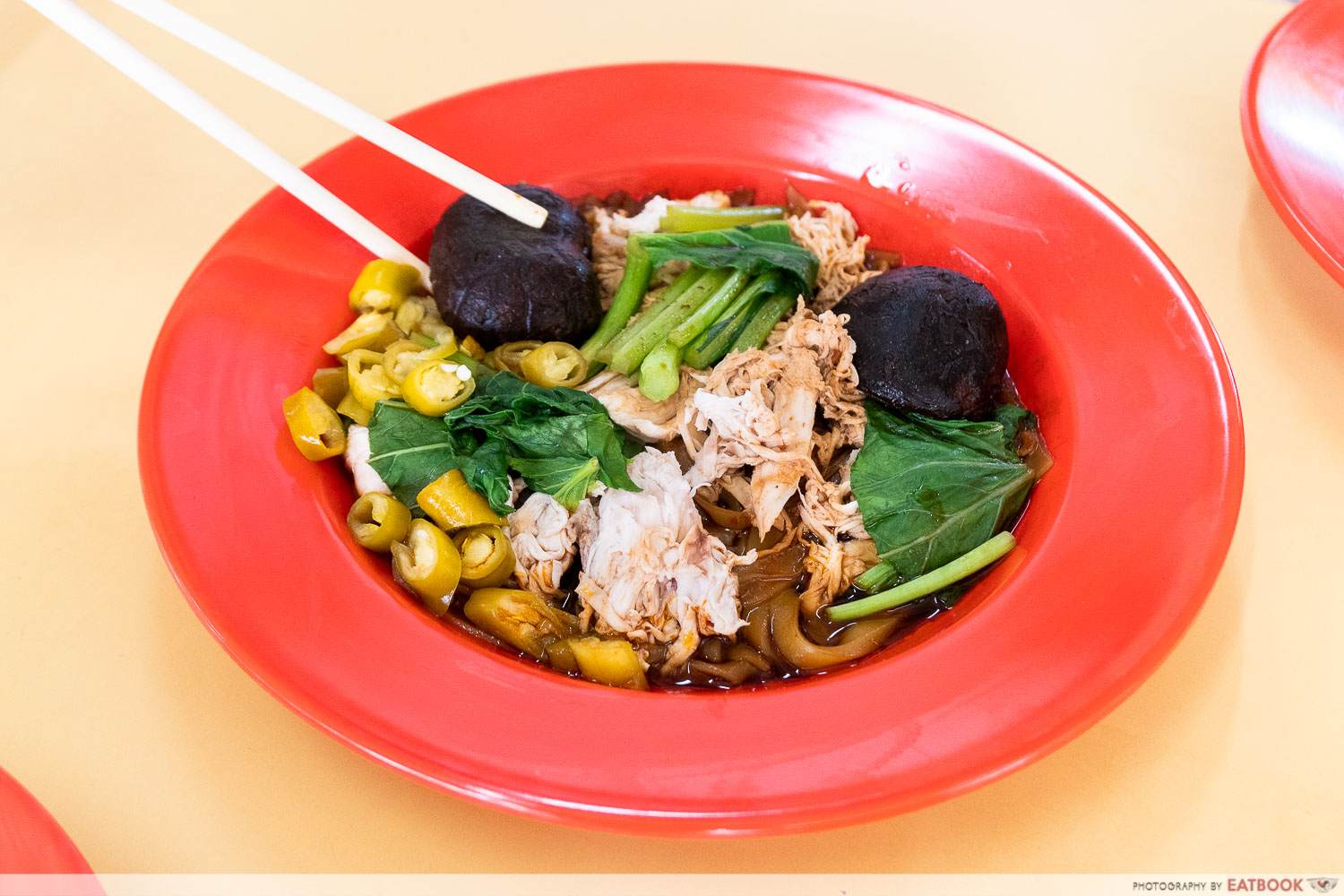 Though we really enjoyed the thin egg noodles in both dishes, we thought it was time to try something with a different mouthfeel. The Mushroom Shredded Chicken Hor Fun ($3.50) consisted of the same shiitake mushrooms, joined by pieces of shredded chicken and rice noodles. While the mushrooms here were still really good, the chicken contributed little to the dish, and the hor fun didn’t have the soft, silky texture I was looking for. In short, you’re better off sticking to the previous two dishes. Pin Xiang is located in Blk 93 Lorong 4 Toa Payoh Market & Food Centre, a seven-minute walk from Braddell MRT Station. It’s a small, quaint hawker centre situated next to HDB flats and a bird pavilion—hearing birds chirp away as you slurp up wonton noodles is the very definition of simple pleasure. 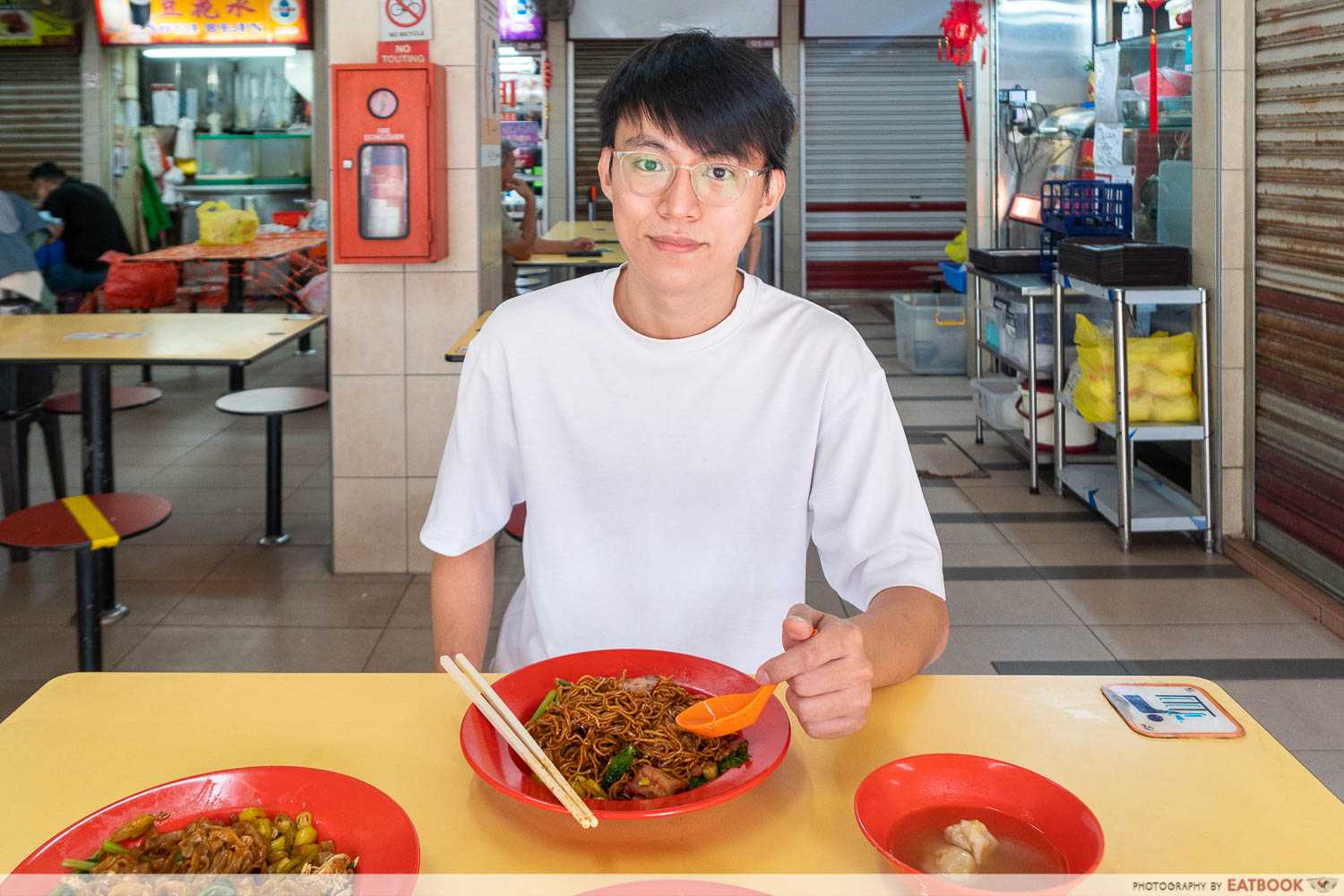 The fare at Pin Xiang is everything I love about Malaysian-style wonton noodles and more. While the wontons themselves were, ironically, the stall’s Achilles’ heel, almost everything else about the black sauce noodles was good to great. And at $3.50 a plate, you’re getting a solid bowl of wonton mee at a super affordable price. 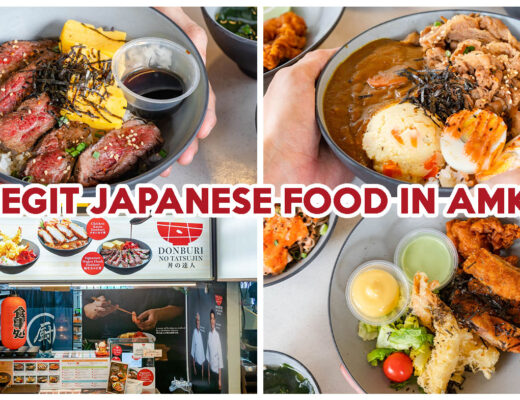