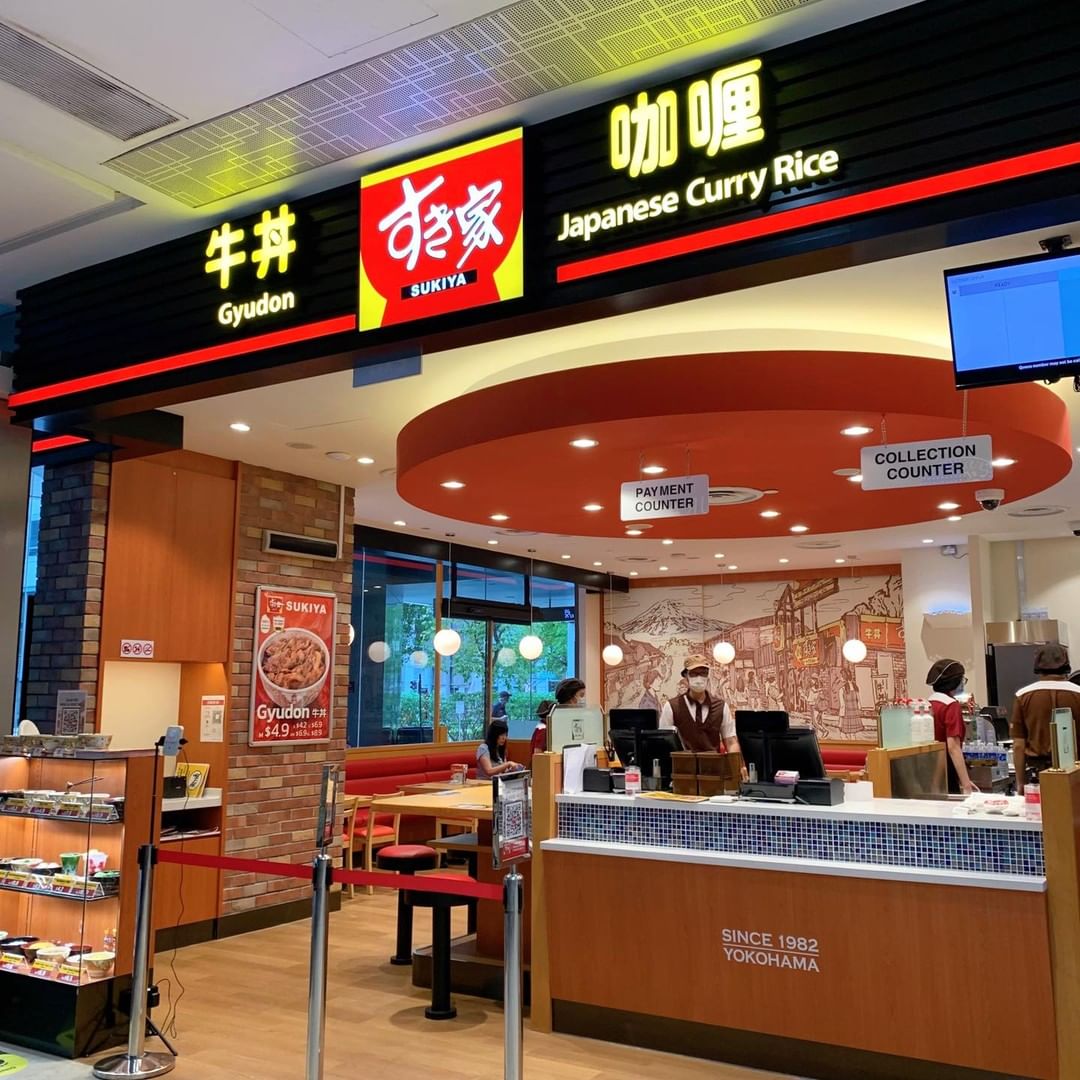 This outlet, their first in Singapore’s northeast, joins SUKIYA’s four other branches. It’s located near Best Denki in Basement One of Waterway Point, taking over the space that used to belong to Rong Hua Bak Kut Teh.

If you didn’t know, SUKIYA was first founded in Yokohama, Japan, in 1982, and now has more than 600 stores worldwide. 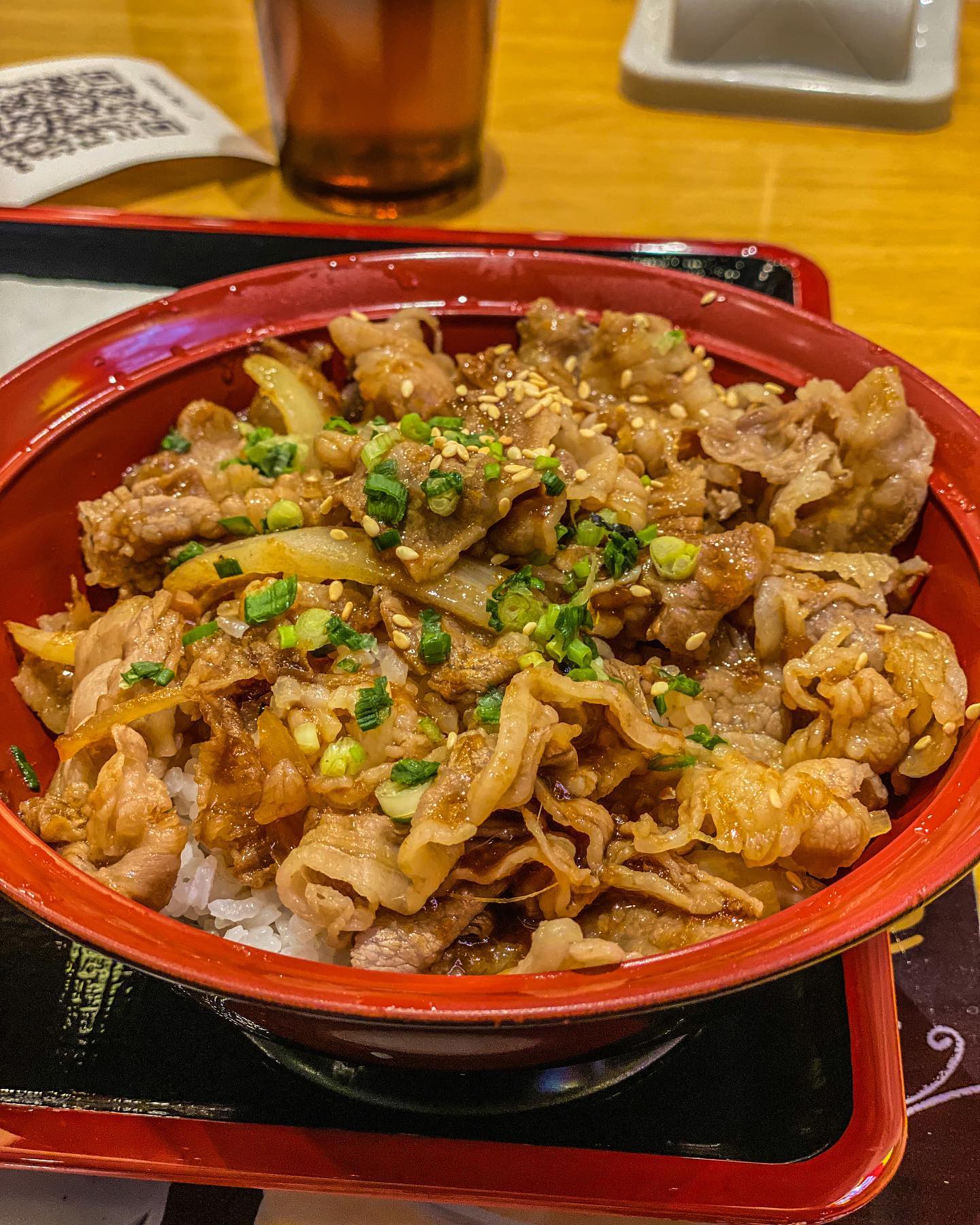 The brand is most well known for their Gyudon (from $4.90), where thinly sliced beef is simmered in a sweet and savoury, shoyu-based sauce with onions, then served atop Japanese rice. 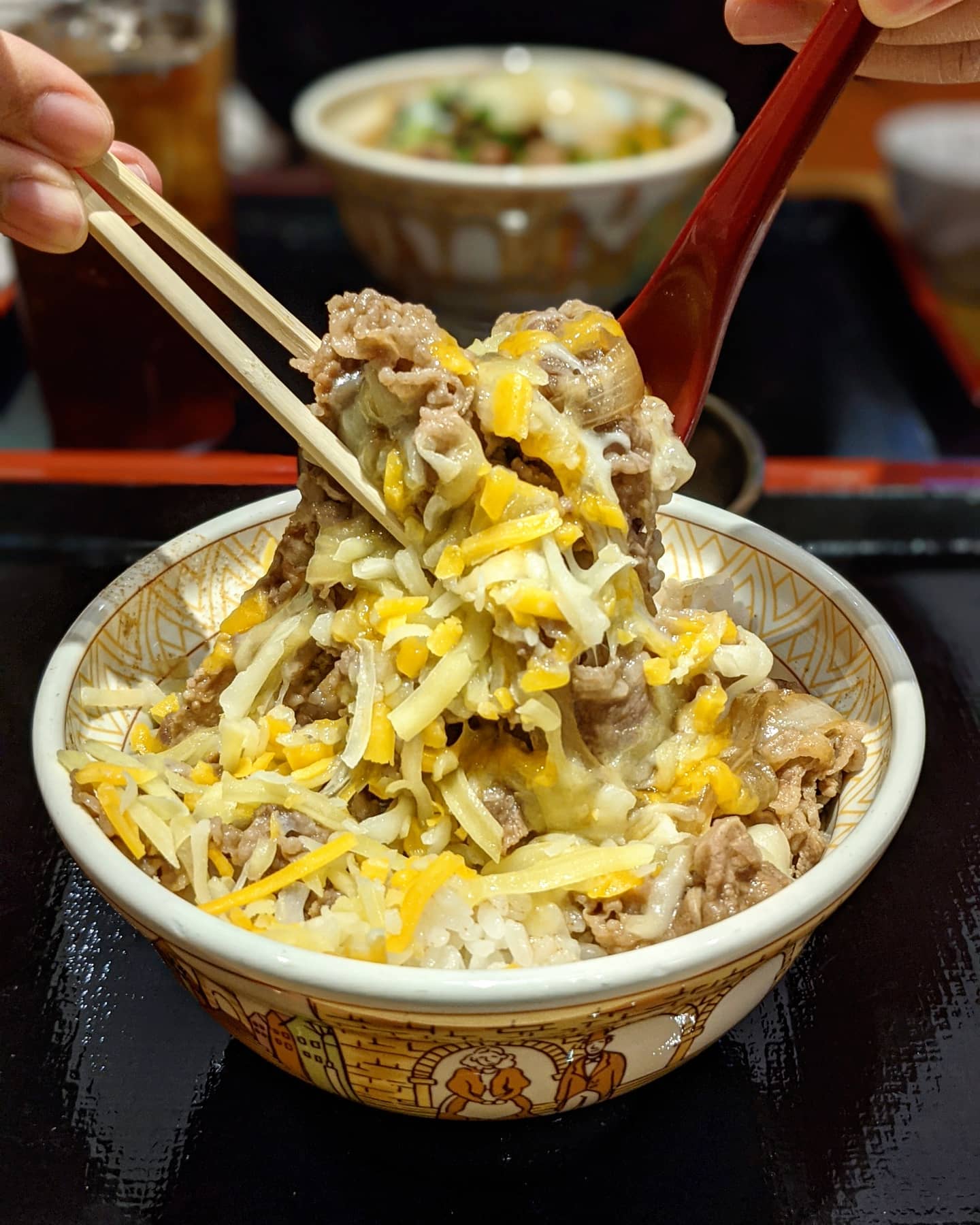 Then, you have the Triple Cheese Gyudon (from $6.50), which sees the classic beef bowl topped with a triple whammy of mozzarella, cheddar and Monterey Jack cheese for an extra luxe kick. 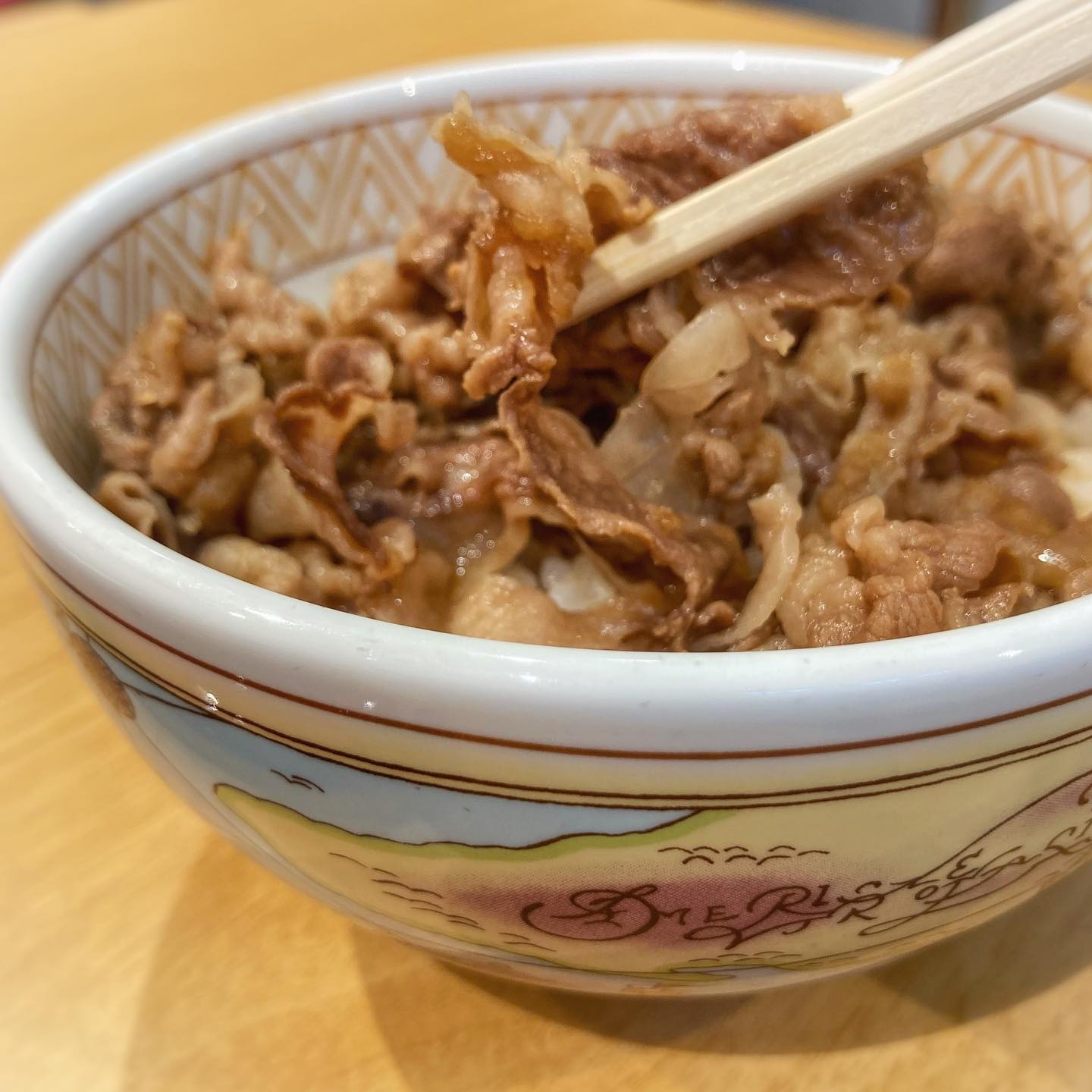 Apart from the gyudon, SUKIYA has a slew of other Japanese rice bowls for customers to choose from, with toppings ranging from yakitori, unagi, and even beef yakiniku!

The Deluxe Curry Rice (from $12.90) is a sure crowd-pleaser, with Japanese beef curry, chicken karaage, and an onsen egg on a bowl of rice. Should you be super basic, go for the Curry Rice (from $5.90), which gets you just curry and rice. 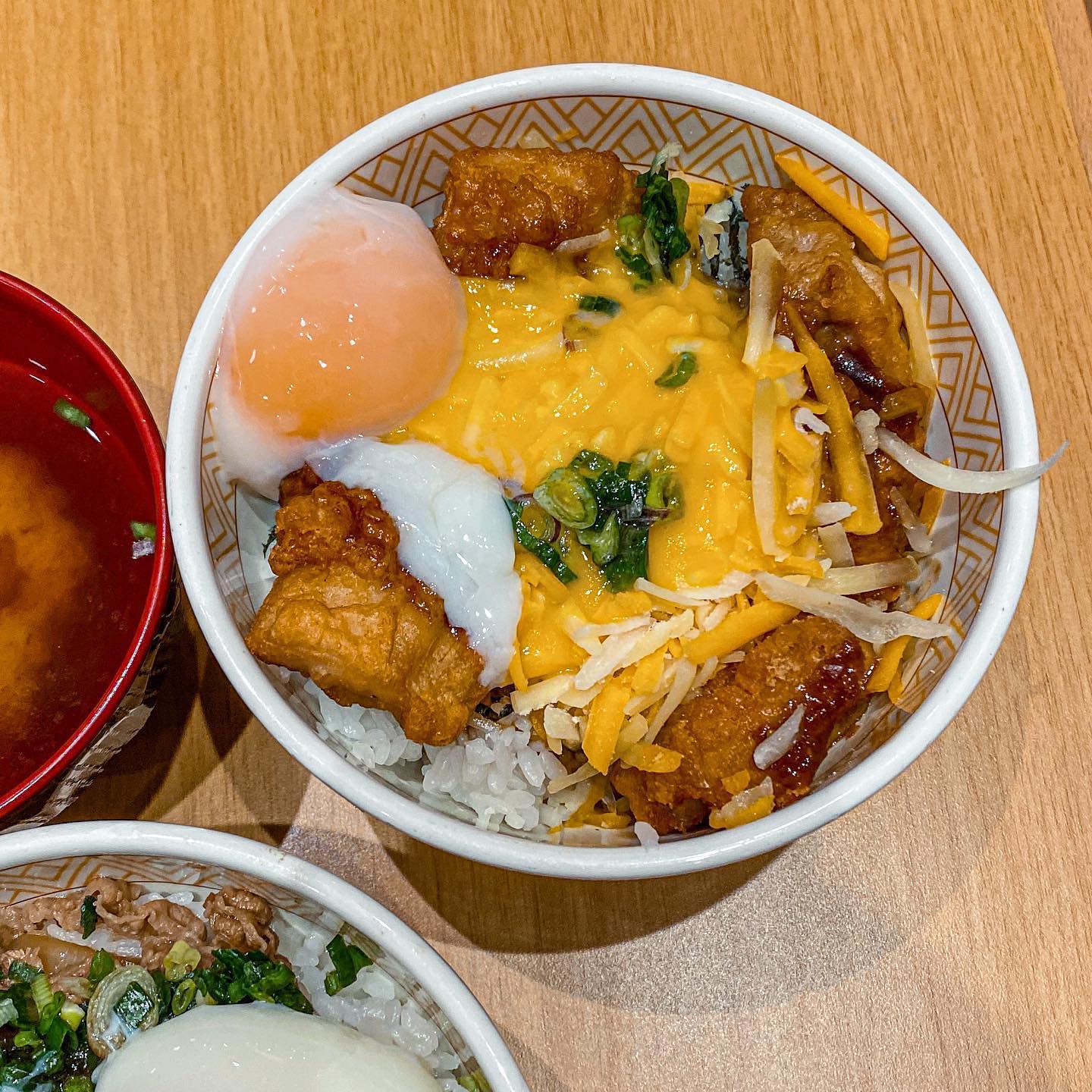 If you’re confused about the sizes that are offered, M is the standard size, followed by L, where you get 25% more rice. An XL portion has the same portion of rice as L, but double the portion of meat.

While you’re in Waterway Point, check out Xian Dan Chao Ren, a kiosk selling salted egg-covered everything! We also have a guide to dining at Waterway Point that you can keep handy. 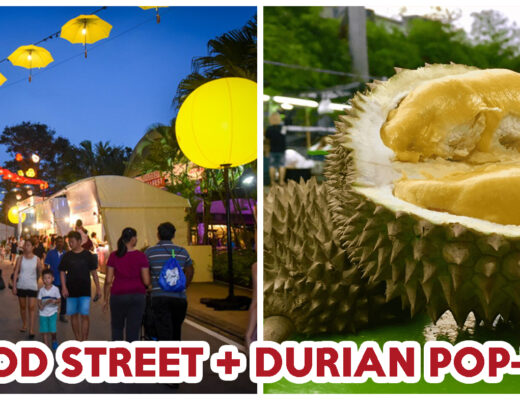 Sentosa GrillFest: Siloso Beach Has Transformed Into A Food Street With Over 20 Stalls 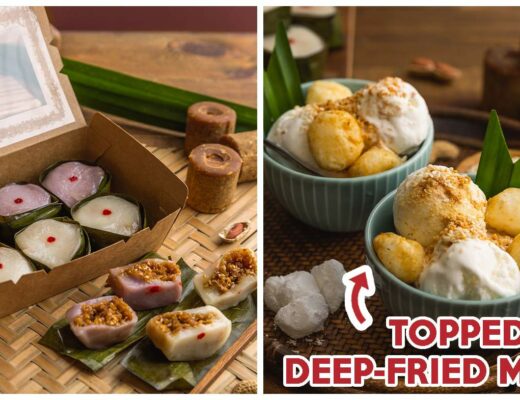 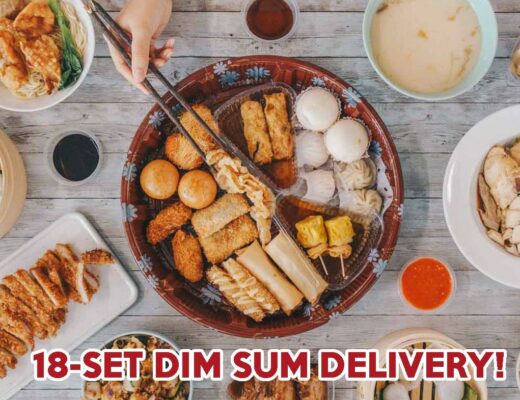