10 Unique Bak Chor Mee That Come With A Special Twist

Every hawker centre is not complete without a bak chor mee stall. Likewise, my Sunday is never complete without a good bowl of bak chor mee for brunch. Back then, the old coffee shop in my neighbourhood only had two options: mee pok dah (dry) or mee pok tng (soup). Now, this traditional bowl of noodles has been reinvented into many different versions. Here are 10 types of unique bak chor mee worth trying out! 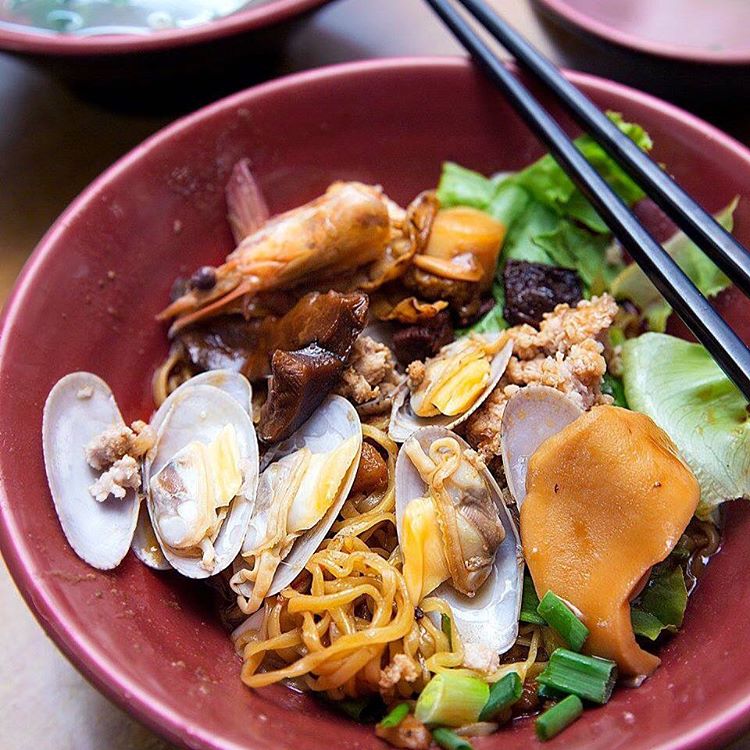 Yong He is opened by the brother of the man behind Ah Lam’s Abalone Noodles, and one will see the link after trying their Seafood Bak Chor Mee ($4.50). Mee pok is tossed in braised pork belly and mushroom sauce, topped with clams, prawns, scallops and abalone slices along with minced pork and braised mushrooms. Sweetness from the seafood complements the savoury sauce, and the smooth noodles are almost effortless to chew and swallow. 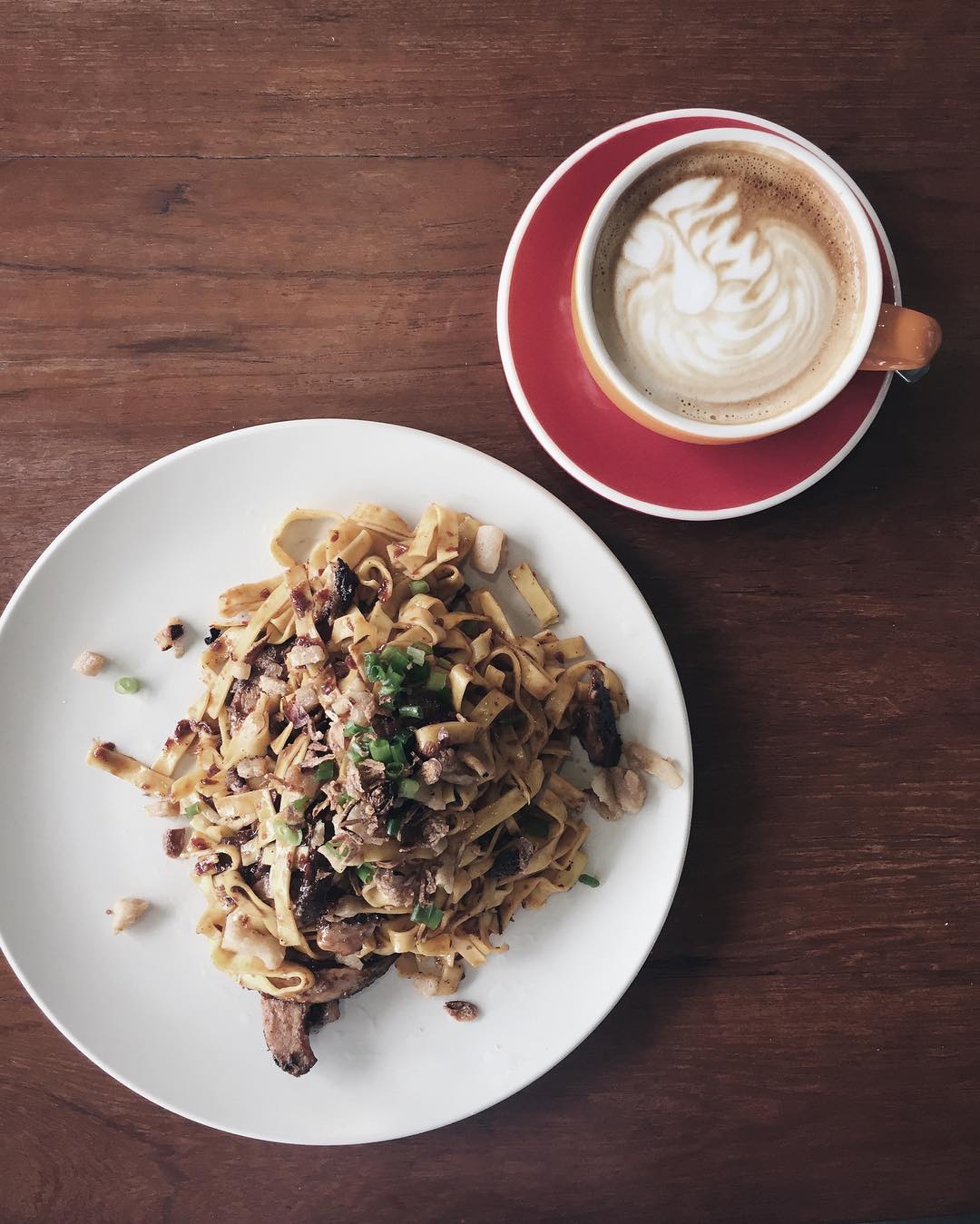 Revolution Coffee is famous for their creative spin on hawker favourites. From fresh tagliatelle to crispy pork lard and five-spice pork confit, everything in this Bak Chor Mee Pasta ($19.90) is made from scratch. The chilli and vinegar sauce packs quite a punch, so do inform the staff to go easy on it if you aren’t a fan of spicy food! Don’t be fooled by its name, this dish is far from the hawker staple we are all familiar with. Bak Chor Mee ($14.90++) by Non Entrée Dessert Cafe is actually a dessert. This sweet bak chor mee is assembled using strips of mango vermicelli atop mango pudding, raspberry reduction ‘chilli sauce’, balsamic ‘vinegar’, sesame snow ‘minced meat’, crushed peanut ‘lard’, sea coconut ‘braised mushrooms’ and coconut parfait ‘fish ball’ speckled with vanilla beans. Warning: your brain and taste buds might get a little confused while eating this.

Check out our full review of Non Entrée Dessert Cafe. 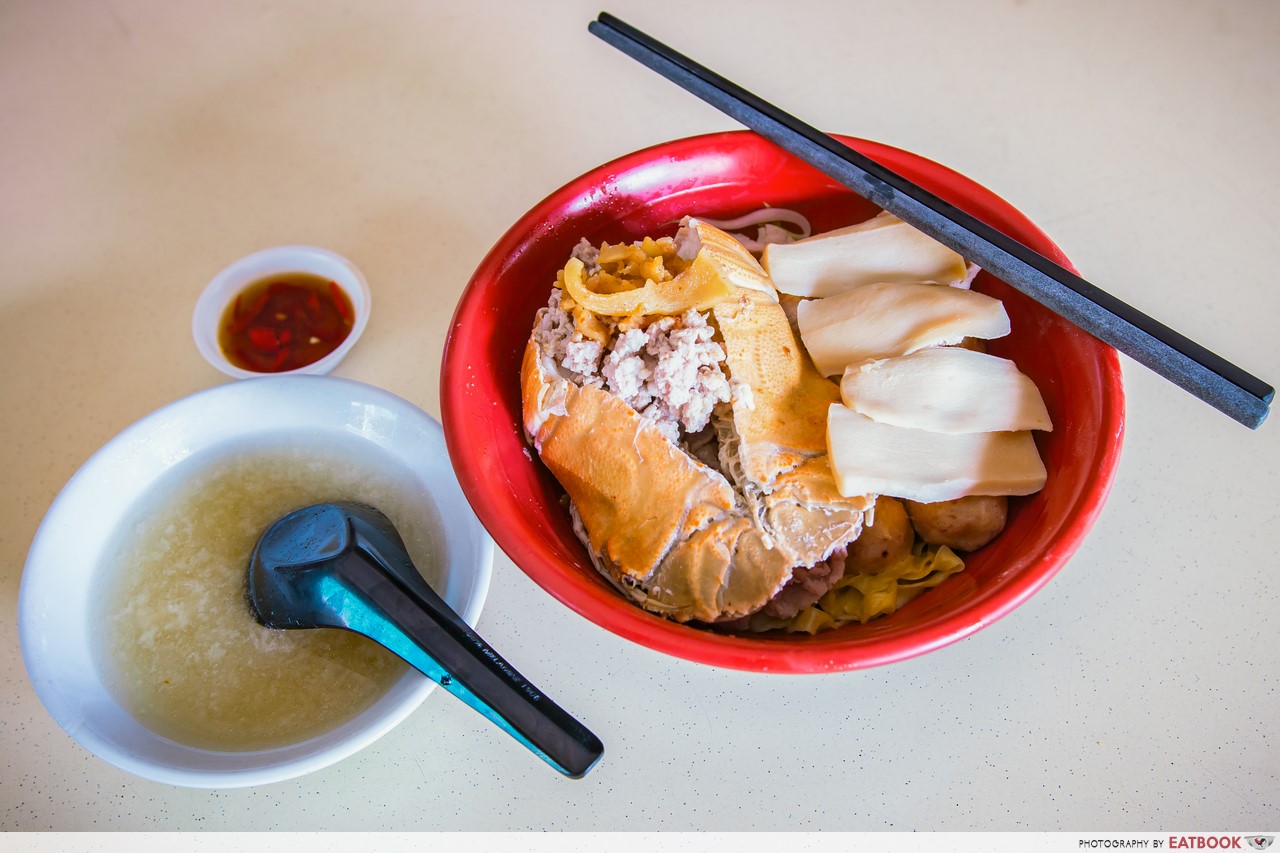 Ah Hoe Mee Pok serves Japanese-inspired bak chor mee that has gained many foodies’ attention. Crayfish Mee Pok ($10) stands out most from their menu. The succulent meat of the crayfish absorbed some of the umami mee pok sauce, making it the highlight of the dish. No wonder the crowd keeps going back for more!

Check out our full review of Ah Hoe Mee Pok. 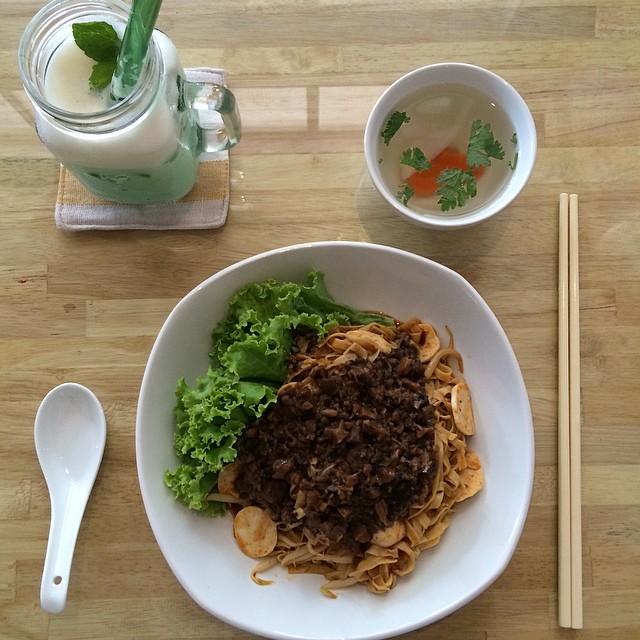 Vegans, here’s a meatless alternative. Teochew Mee Pok ($8.90++) from Loving Hut is a vegan version of traditional bak chor mee. Mee pok, mock fish cakes and fish balls, bean sprouts and braised mushrooms are tossed in a savoury sauce. This dish tastes so legit, you might not even miss the real deal.

Check out other tasty vegan food available in Singapore! 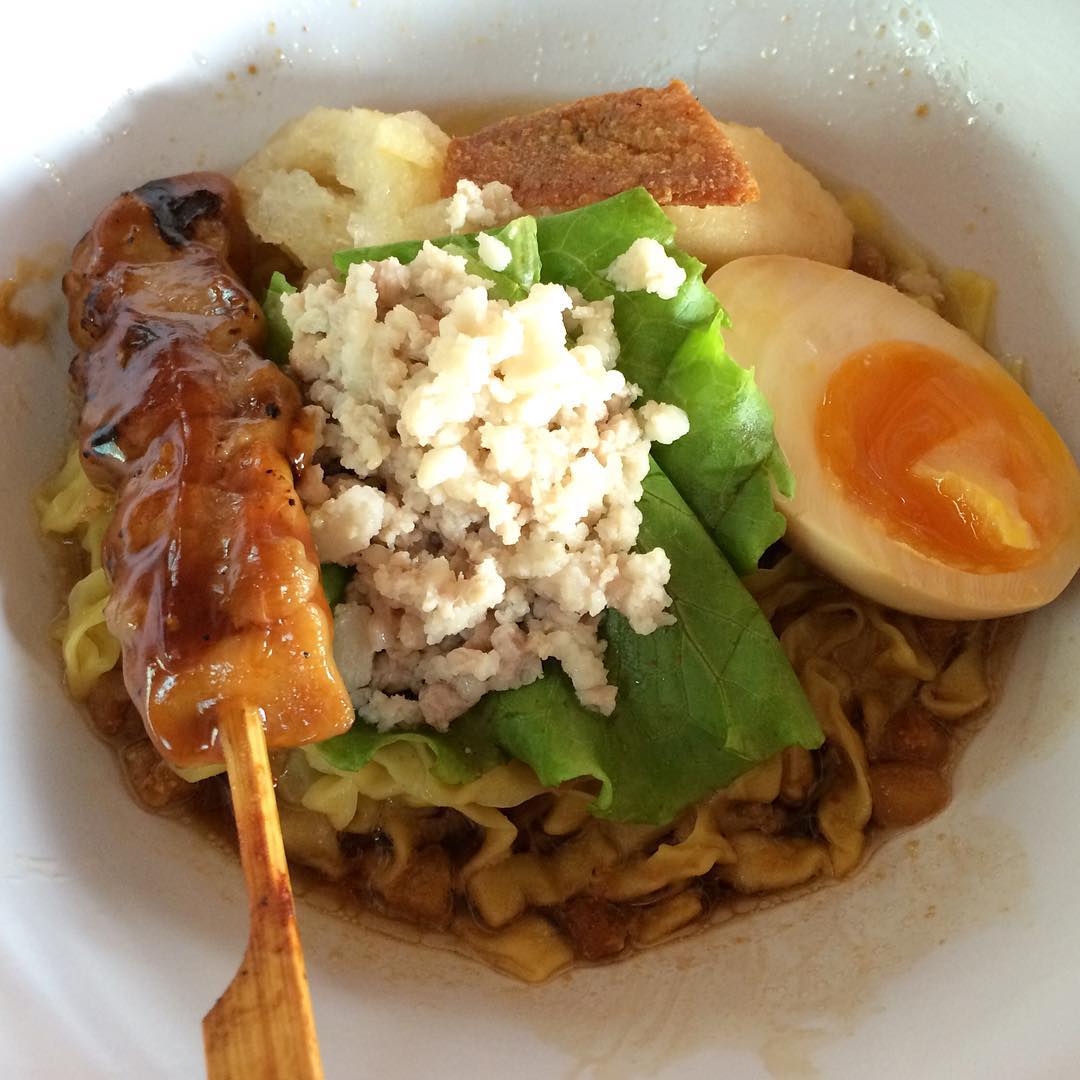 Guan’s Mee Pok stands out thanks to the addition of fish maw and onsen egg in their mee pok. Our favourite is Guan’s Mee Pok with Yakitori ($4.50). Springy mee pok is coated in a mixture of lard and vinegar sauce, and topped with minced meat, onsen egg, fish maw and yakitori. The sauce is a mix of four different vinegars, and it blends seamlessly into the smooth noodles. Guan really knows how to make mee pok maw interesting! 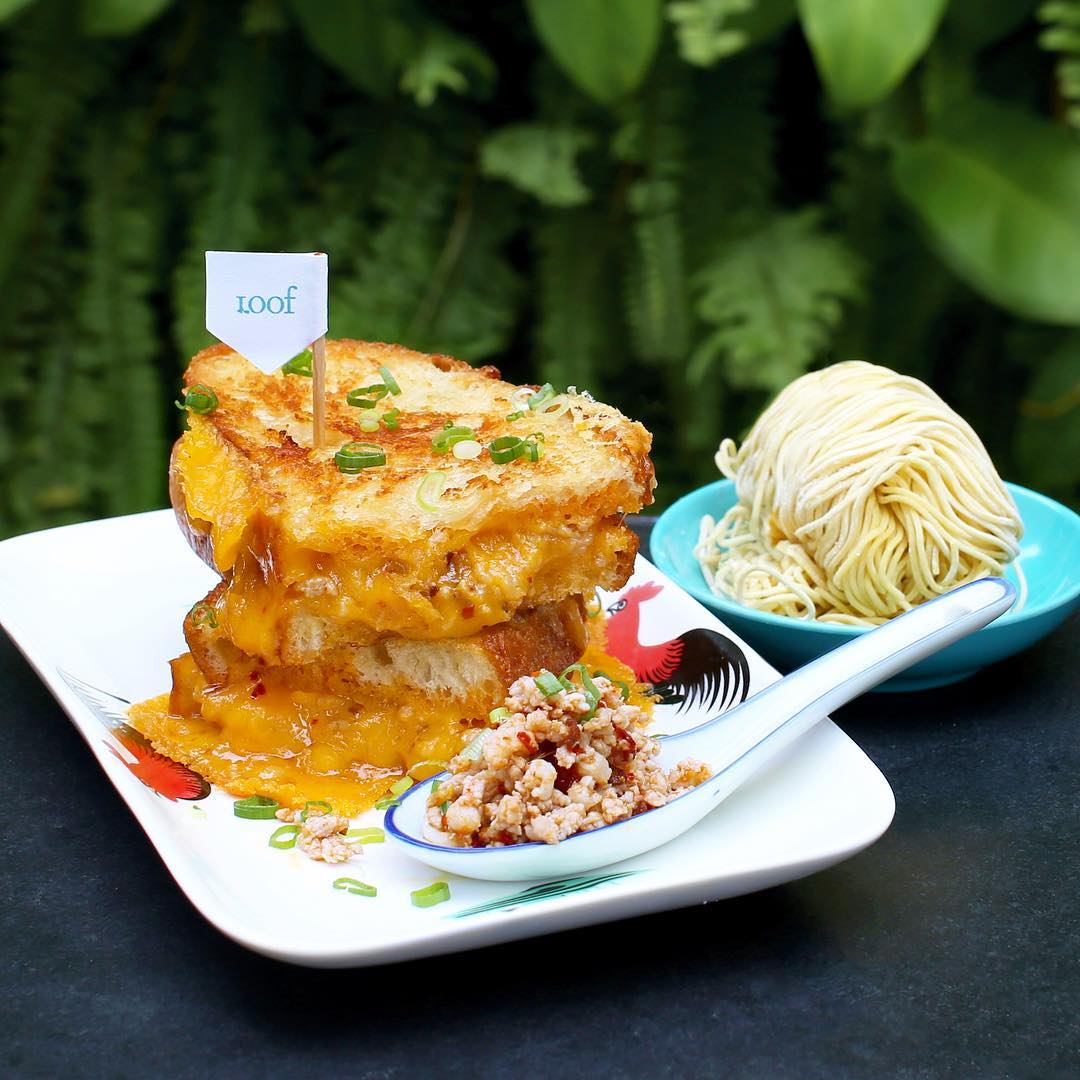 Folks behind Loof teamed up with Chef Bjorn Shen to create BCM Grilled Cheese Sandwich ($18++). Minced pork and mushrooms mixed in a dark savoury sauce is sandwiched between gooey cheese, held together by two slices of perfectly toasted sourdough bread. Every bite is a mouthful of stringy cheese accented with chunks of pork and braised mushrooms. 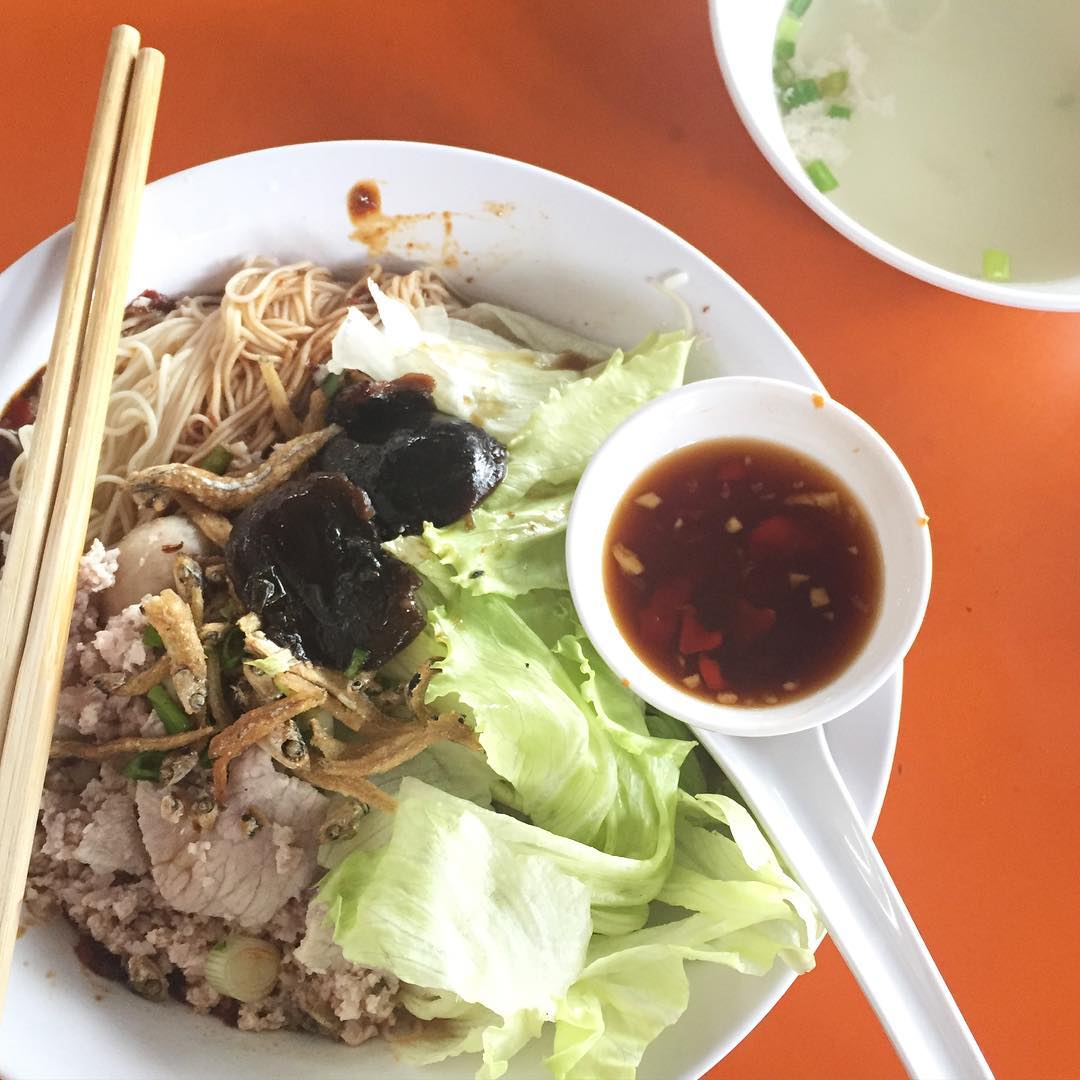 Yan Kee Noodle House replaces traditional flat mee pok for mee sua in their Dry Bak Chor Mee Sua ($5). Each strand of light and chewy mee sua is coated in a thin layer of vinegar and homemade chilli that you can choose to add. Topped with the usual works, this dish proves that replacing one ingredient is enough to create a difference in the final outcome. 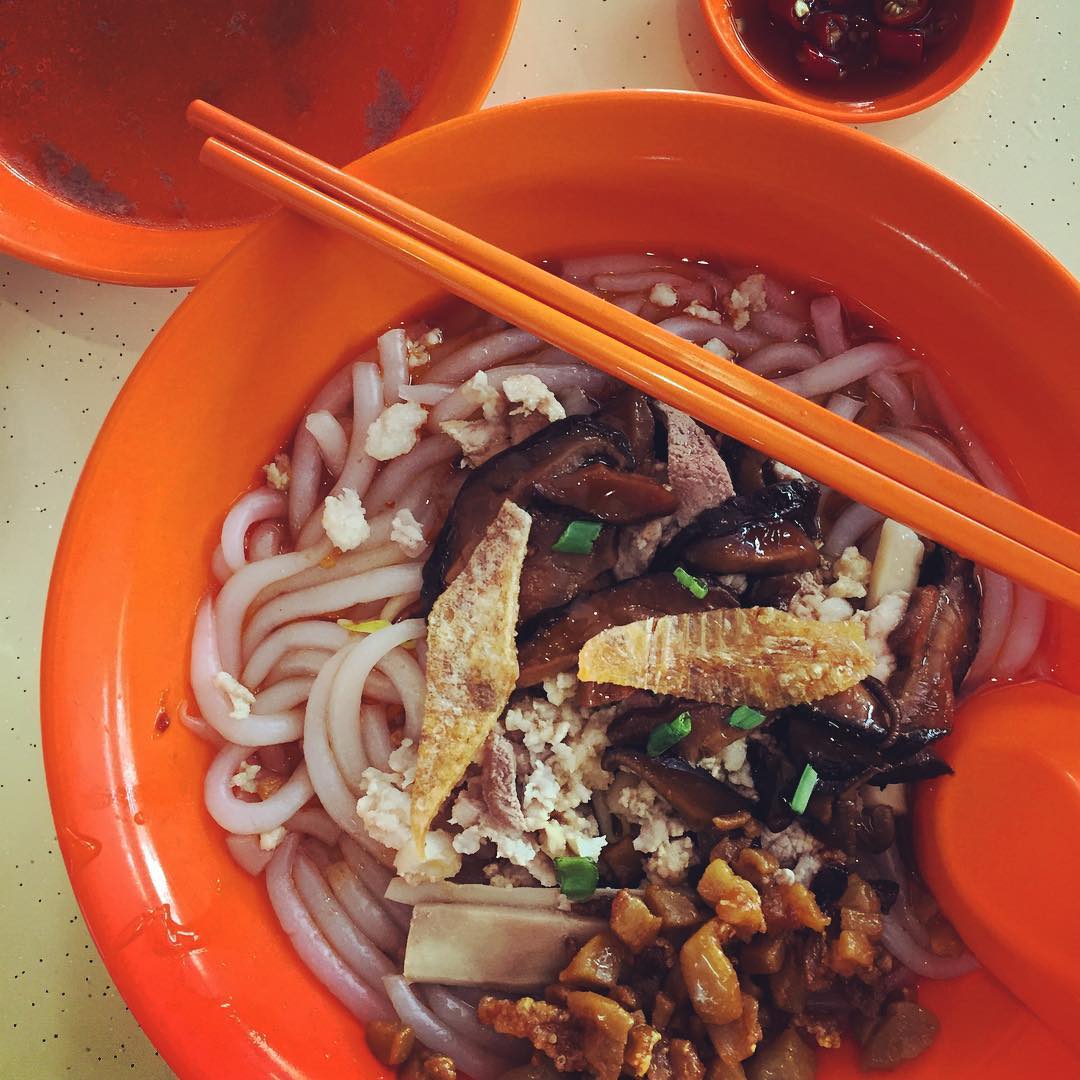 Lai Heng Mushroom Minced Meat Mee dishes out bak chor mee with different types of noodles, with my favourite being Dry Mee Tai Bak Mee Pok ($4 onwards). Each short strand of springy rat-tail noodle is delectable after soaking up the vinegar sauce. Fried sole fish imparts crunch and brininess to the noodles. This stall always has a queue, so go down early to beat the crowd! 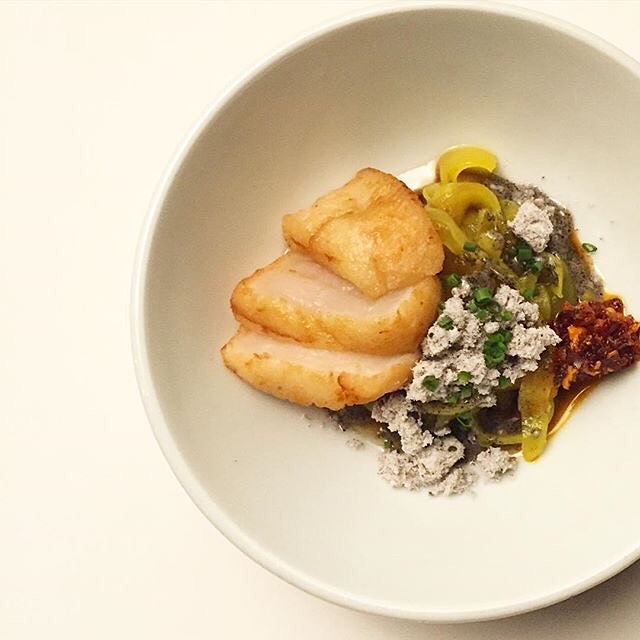 They might differ from traditional bak chor mee, but these 10 special bak chor mee still have some nostalgic element to them. Leave us a comment if we missed out on other bak chor mee you think should be on this list! 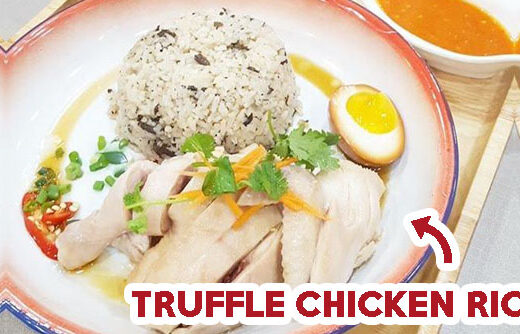 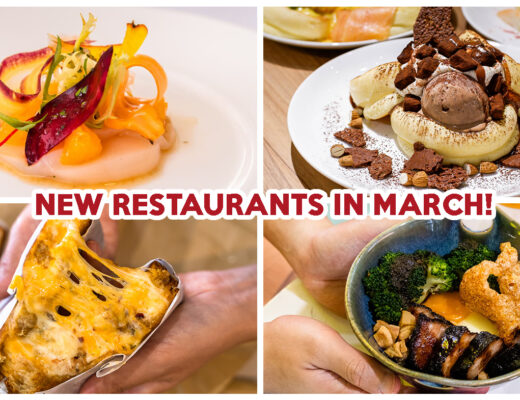 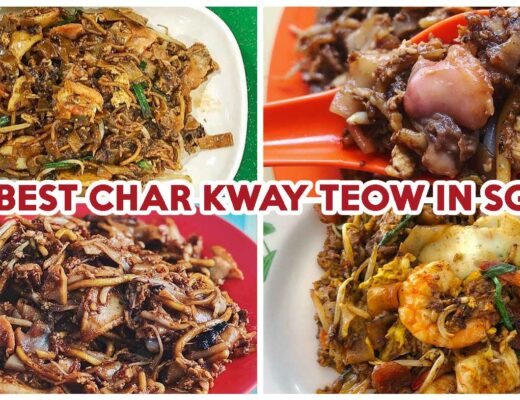