Unlike most hawker centres, Whampoa Makan Place, AKA Whampoa Market, is made up of two separate buildings. Block 90 is known as the “night market” – with stalls open for lunch, dinner, and even supper – and Block 91 is known as the “morning market”, which is half a wet market, and the other half filled mostly with stalls that close after lunch. There’s plenty of good food at both markets though, you just have to look. 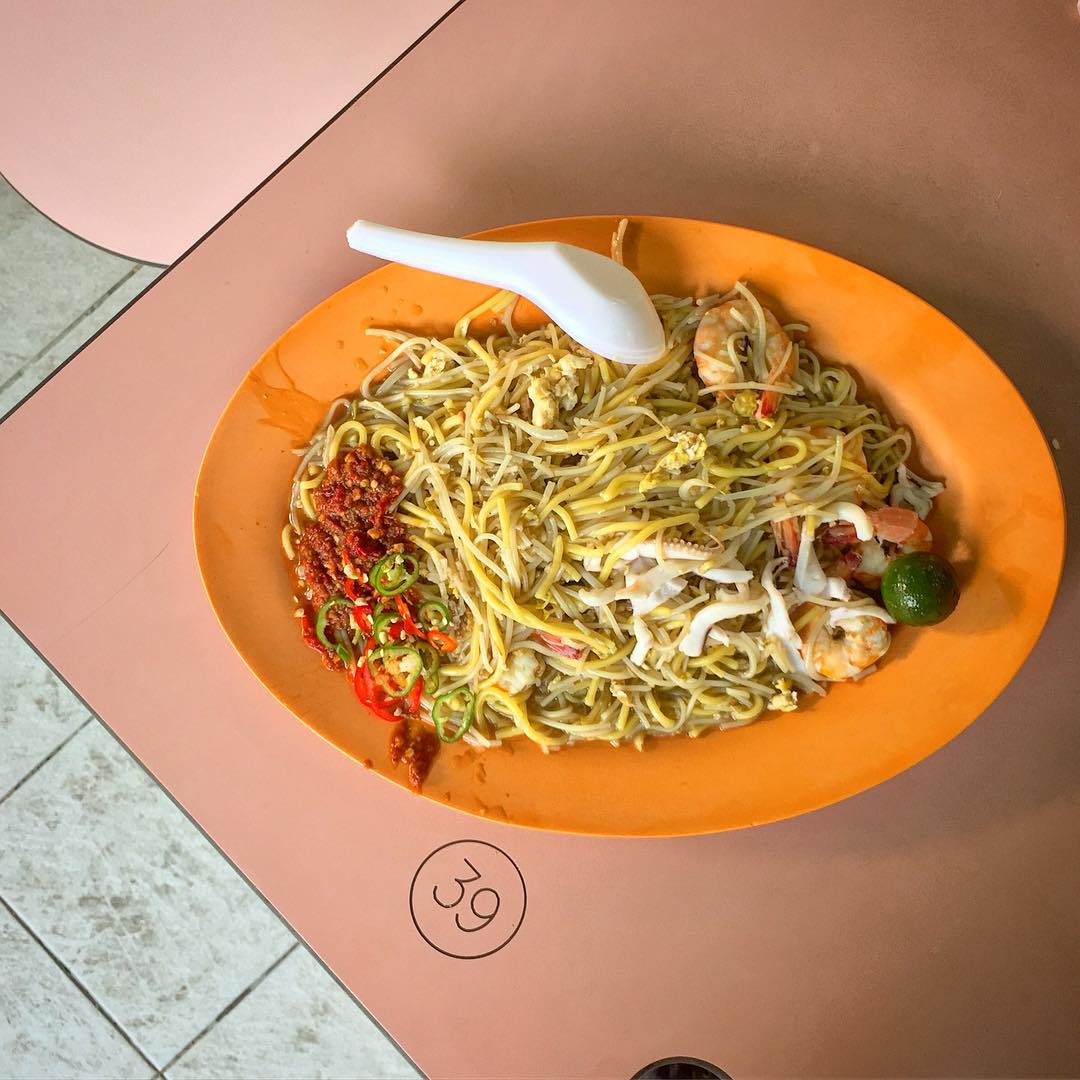 You’ll see the queue before you see the stall. Typically equipped with a (at least) five-person queue, I used to call this the “Ronaldinho Hokkien mee”, in reference to the buck-toothed auntie who takes orders outside the stall.

The Hokkien mee (from $4) here features thick bee hoon along with the familiar yellow noodles, making the dish more slippery than usual. This version also comes with loads of minced garlic, giving it plenty of flavour and depth. The true star here, however, is the accompanying chilli, which packs a dense punch, and comes with sliced green and red chillies. Remember to help yourself to the unlimited pork lard before walking away! The two-time Bib Gourmand recipient features several traditional add-ons to their rojak, such as century egg and jellyfish, so try to keep that in mind as motivation while braving the 30-minute queue.

Check out other hawker stalls listed in the Bib Gourmand 2017 list! 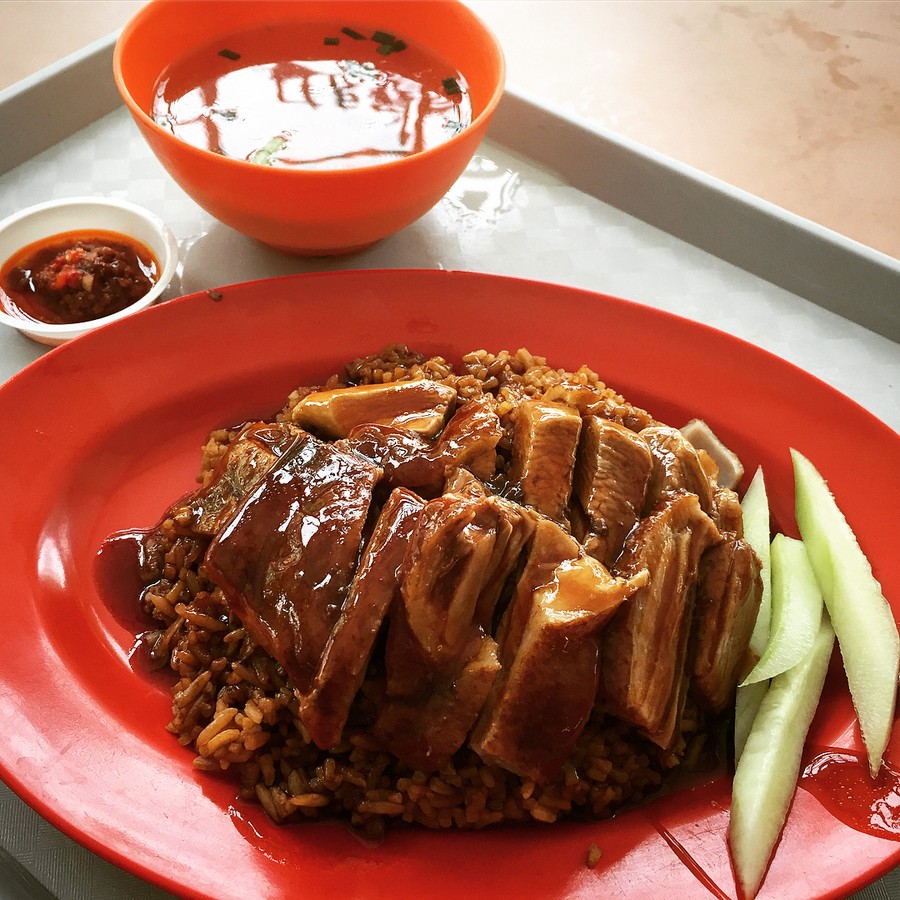 Located just beside Hoover, Liang Zhao Ji is another Bib Gourmand awardee in this humble hawker centre. And just like its neighbour, the queues here never cease. Their braised duck rice ($3) might look like a dark mess, but some magic happens when you combine their signature umami sauce with the gamey denseness of duck. Pair it with their signature rice – cooked with the same dark sauce – and you’ll have one of the best versions of this Teochew favourite in Singapore. 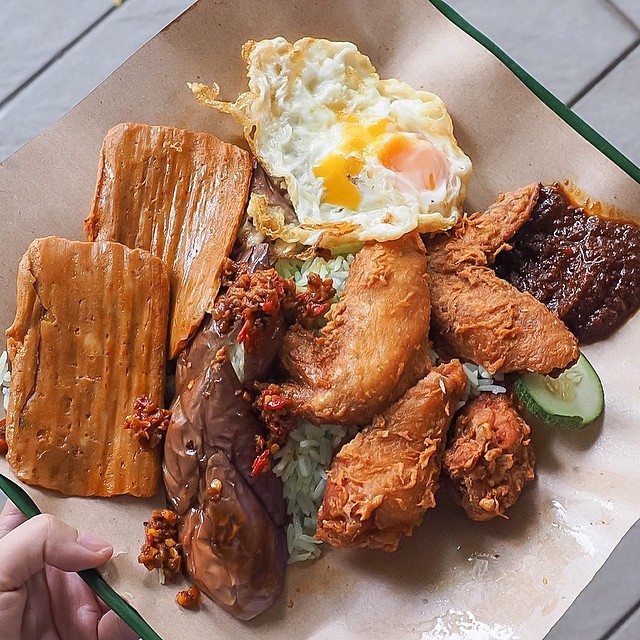 Run by the owners of the cai png stall opposite, Hi Leskmi Nasi Lemak became known on social media in Feburary 2017, after the exhaust duct above the stall caught fire.

On most other days though, the only thing here on fire is the sambal. It’s sweet, oily, and has a spicy kick that is somehow mitigated when mixed in with their signature fragrant green rice. Their chicken wings are absolute works of art too, somehow managing to stay crispy despite being left on display. Also, grab their otah, which is a larger, flatter, tender fish cake in banana leaf, compared to the chunky lumps we’re used to. 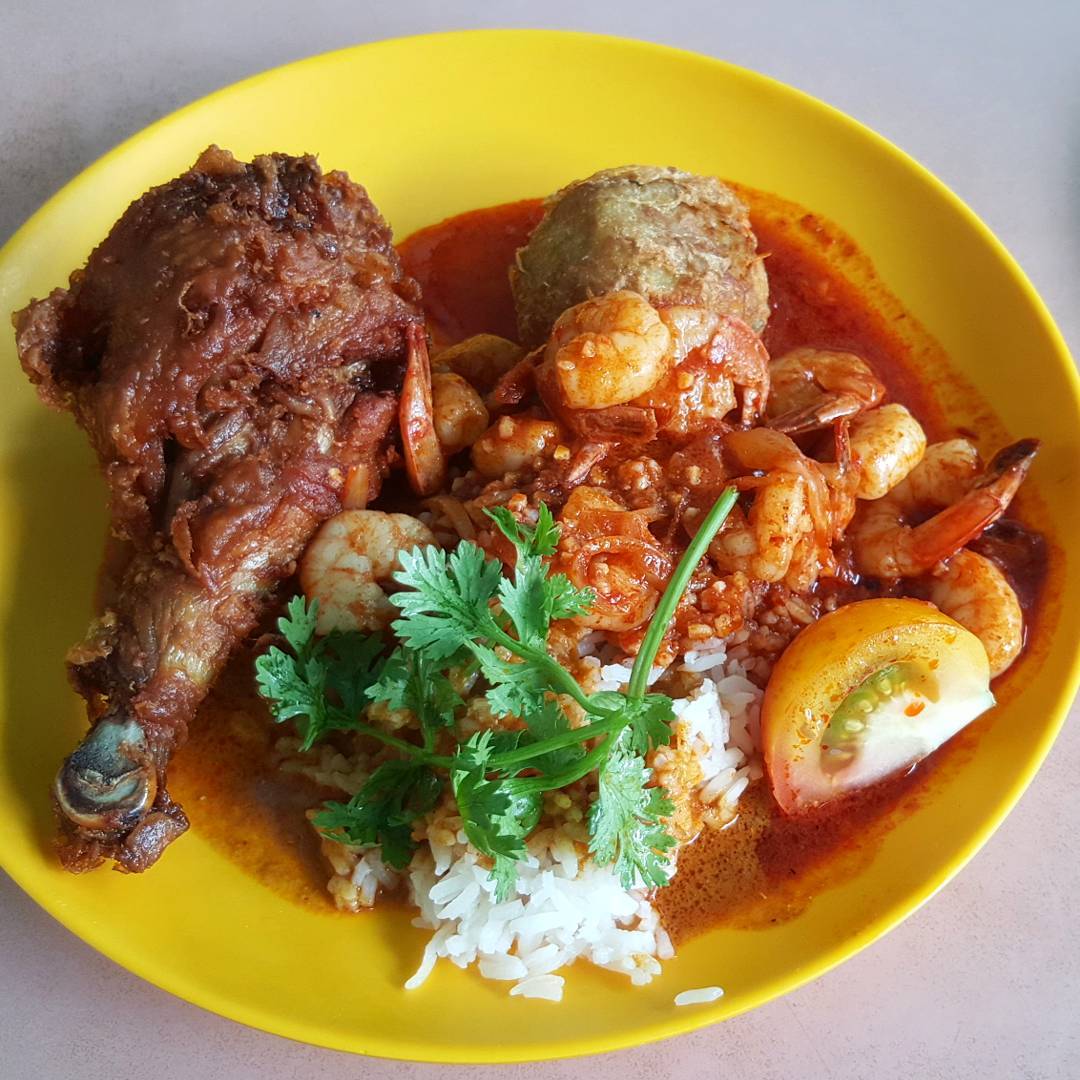 The portions here are so massive that a younger me used to share a single packet with my parents. Yes, one packet of nasi padang used to feed three people. These days, I still get really full with a serving of one meat and two vegetables, which just speaks volumes of the makcik’s heavy-handedness with her portions.

Pick out their fried chicken, which comes as either a wing or drumstick. Either way, you’re bound to get a massive piece of chicken, seasoned with the fragrance of turmeric and finished off with a slight spicy heat. Also, ask for some of their in-house sambal that comes free, topped with a single calamansi, and adds an extra spicy kick to your rice. 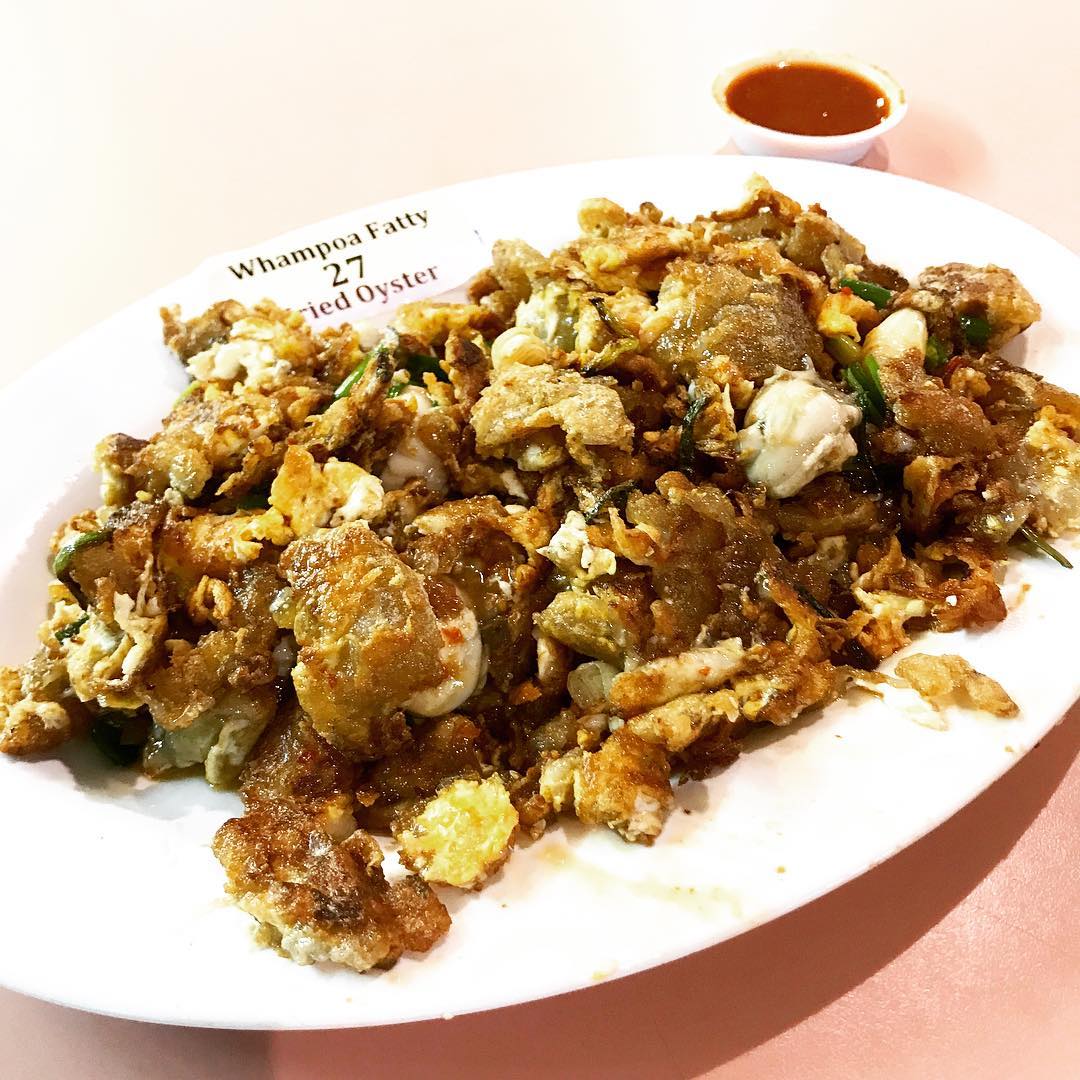 Formerly known as Ah Hock Fried Oyster Hougang, Whampoa Fatty 27 Fat Oyster was born out of a disagreement between two brothers, and sprouted just opposite its original stall. They even use the same plates, with the new name haphazardly slapped on where its old name used to be. In this oyster omelette ($8), the cornstarch mixture is somehow both crispy and gelatinous at the same time, while the oysters remain plump and juicy. Finished with a splash of chilli oil and spring onion, this is probably the best oyster omelette I’ve ever had.

My parents have since sworn never to eat from this stall again, given that their version is extremely oily, which might turn off the more health-conscious among us. But that just means more orh luak for me! 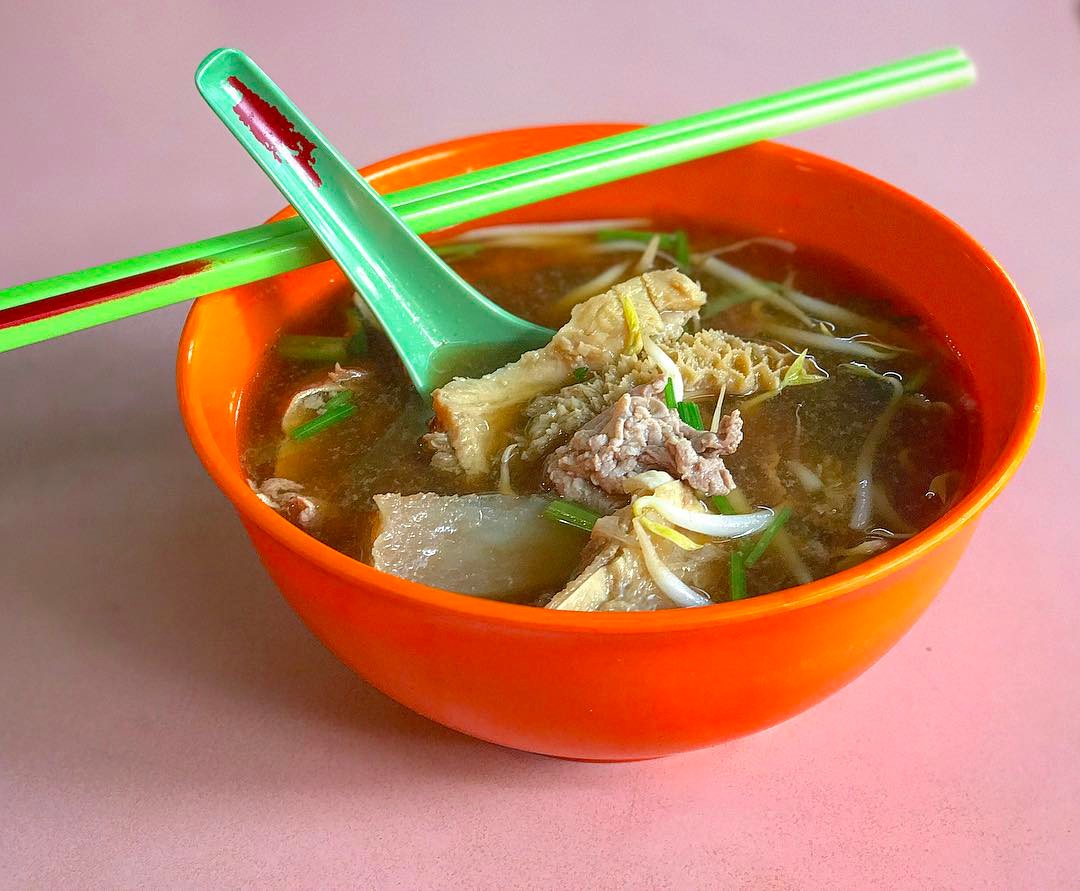 Here’s a testament to the power of sheer human will, if nothing else. When I was a kid, Jin Fa sold my favourite beef noodles. Then came the mad cow disease epidemic in 2003, so they turned to selling kway chap. This went pretty well for about three years, until the swine flu hit. By then, the fear of mad cow disease had disappeared, so they flopped back to beef noodles. These guys don’t give up.

Unlike most other beef noodles ($4) out there, Jin Fa serves up more than just rump, meatballs, and thin slivers of shabu shabu meat. Here, the cow’s stomach, tendon, and even tongue are all available, as long as you ask for it. And ask for it, you should. 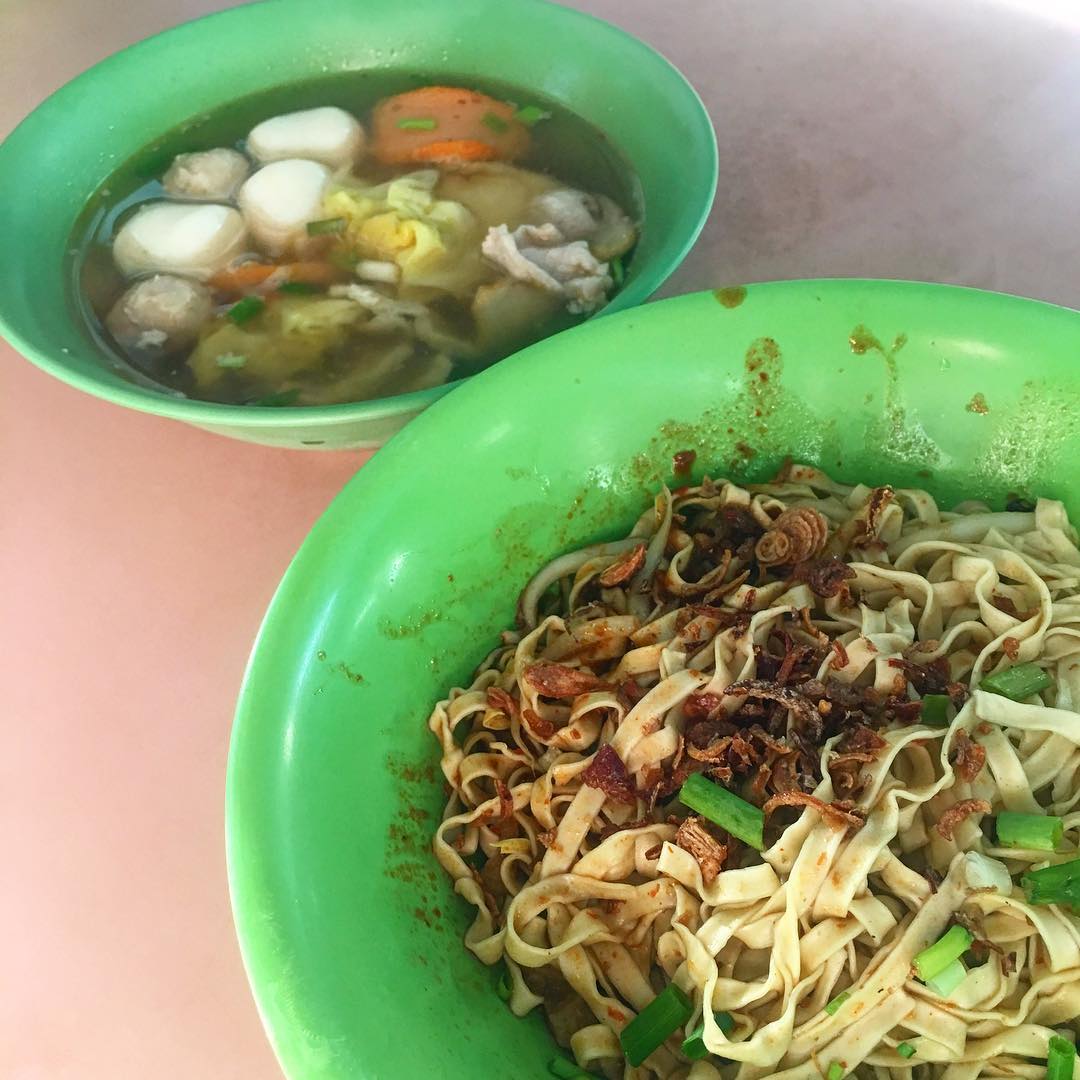 This bowl of mee pok might look simple, but Xin Heng Feng Guo Tiao Tan is a stall that’s a bit like Optimus Prime – there’s more than meets the eye. Their fishball noodles ($3) are a great take on the classic kopitiam breakfast. Garnished with the typical slices of fish cake, fish balls, wontons, and a few slices of lean pork, the noodles are cooked perfectly and slightly al dente. Topped off with liberal sprinklings of fried pork lard and shallots, this is the breakfast I turn to every time I stay up late enough the night turns to morning. 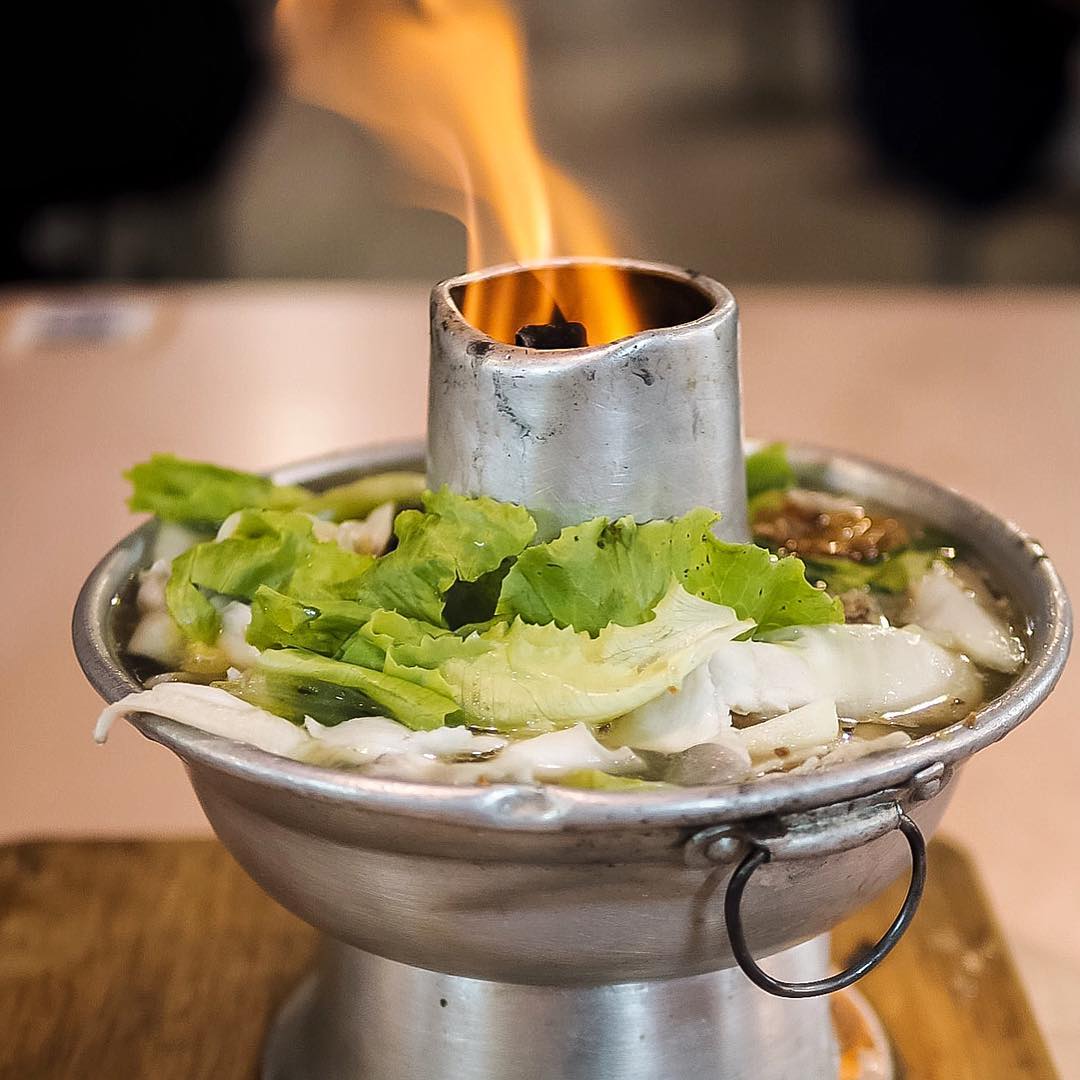 Come night time though, this stall transforms – yes, I’m still going with the Transformers reference – into a whole other beast. Peddling steamboats of grouper, red snapper, and pomfret from $20, you’ll spot this stall with its perpetual cloud of charcoal smoke and floating bits of ember. The slices of fish here are generous, and the sweet-umami broth is made with yam, cabbage, ginger, and dried flat fish. Just be prepared to wait for an hour during peak dinner time. 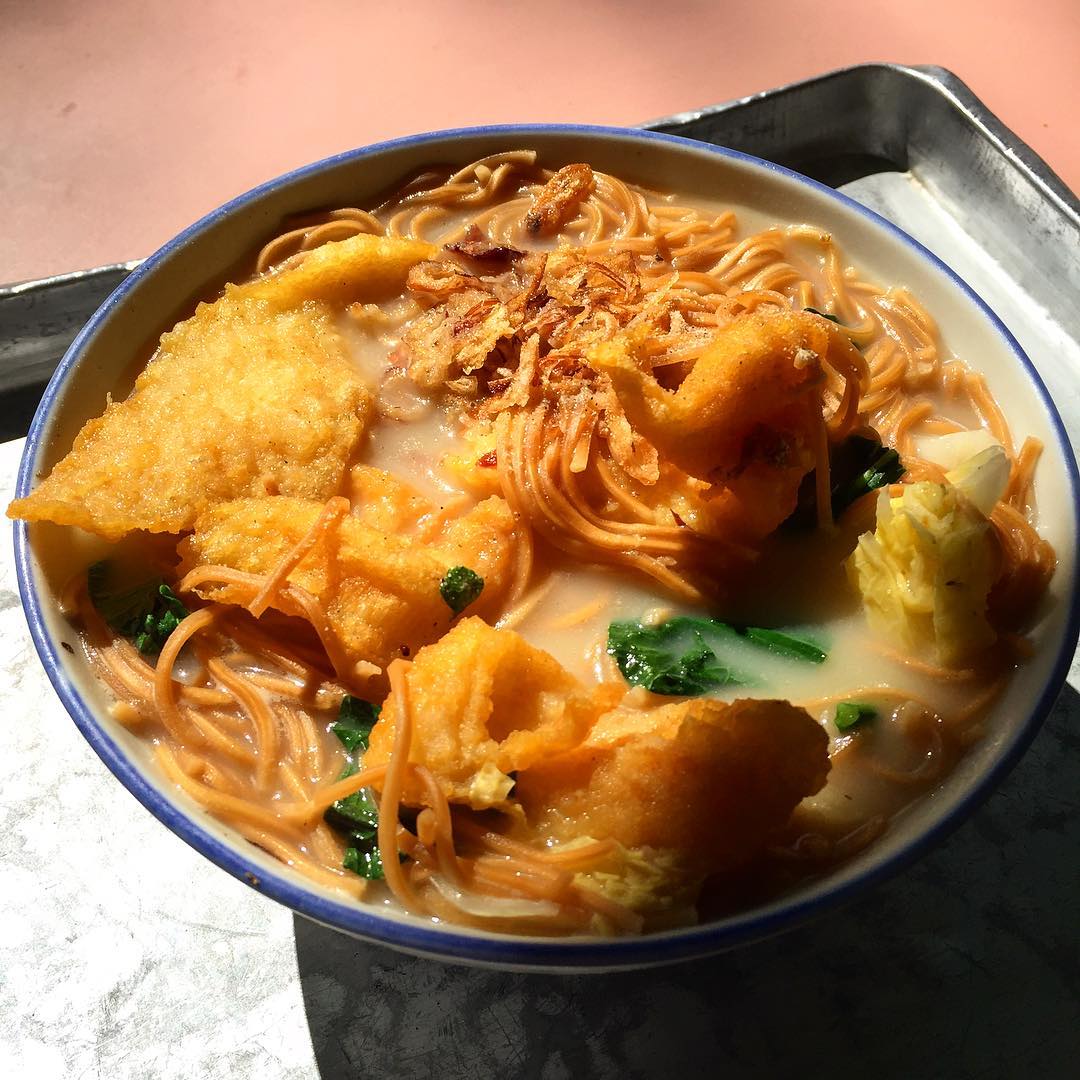 Asian dads generally find it difficult to express affection, but I know my dad loves me when we queue up to buy this on Sunday mornings, despite having to line up for about an hour every time. A one-woman operation, Beach Road Fish Head Bee Hoon still somehow manages to serve up perfectly cooked deep-fried nuggets of fish in its Deep Fried Fish Bee Hoon ($4). Allow the plump and juicy fish pieces to seep in the evaporated milk-tinged broth, before biting into the slightly soggy, perfectly cooked bits of heaven. 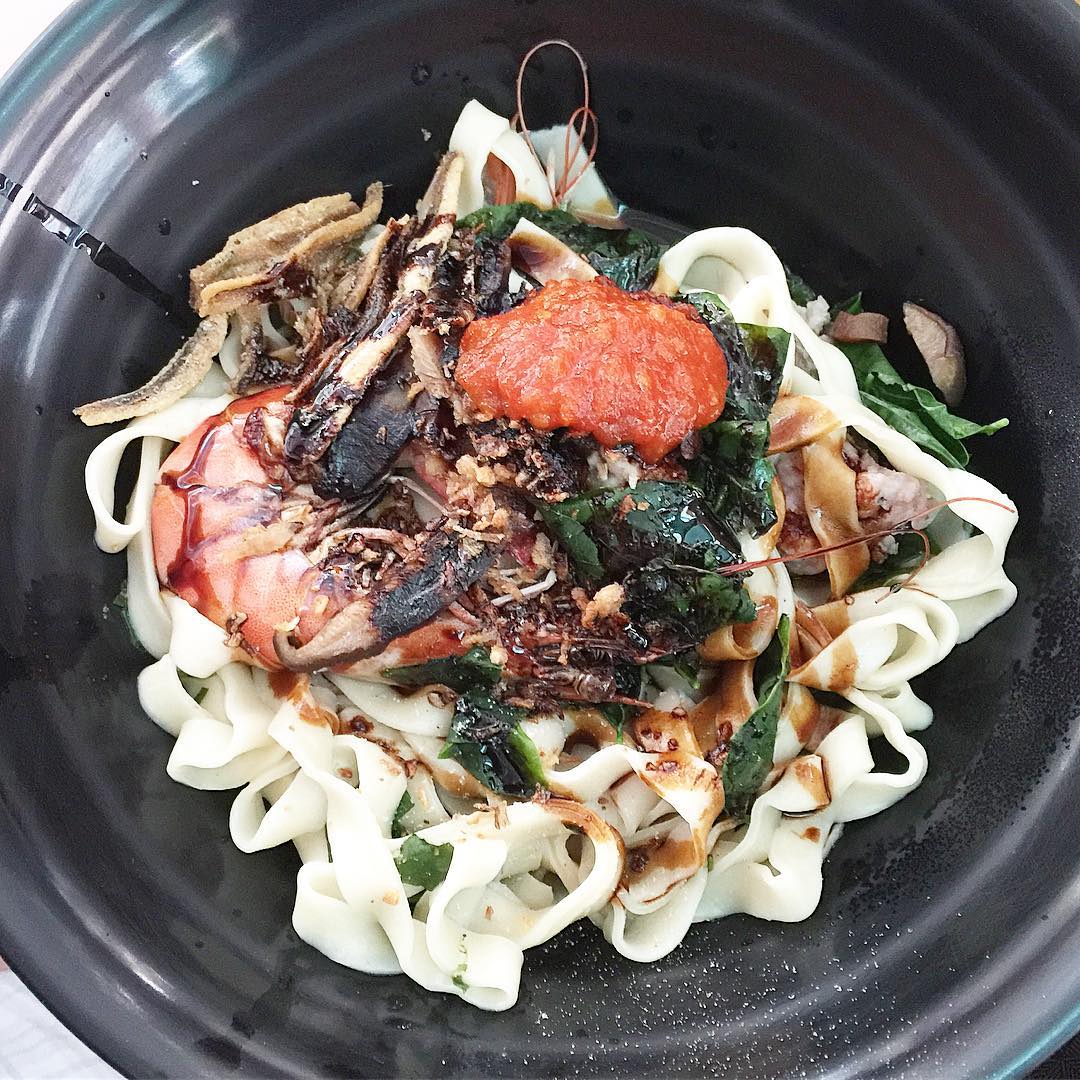 Sweet potato leaves is a vegetable perhaps more familiar to the older generation. And while most other ban mian places use Chinese cabbage or chye sim as the customary green, China Whampoa Homemade Noodle opts for the traditional sweet potato leaf instead.

But leaves aren’t the true reason why you should try their Dry Ban Mian ($4). When stirred in with the noodles, their concoction of black sauce and fiery chilli results in a unique combination of sweetness, saltiness, and spiciness. The broth here is made without pork bones, and is instead flavoured with only ikan bilis and soybeans, making it light on the palate with a sweet finish.

I grew up literally steps away from Whampoa Market and Food Centre. I hung out at the mosaic-tiled floors back when mosaic tiles were used for hawker centre floors. I’ve eaten at most the well-known stalls here, even before I knew there were other hawker centres in Singapore just like this one. I lived through the torturous period when it underwent upgrading. I cheered when it reopened as Whampoa Makan Place.

Every Singaporean has their favourite hawker centre; mine is the one I live beside. 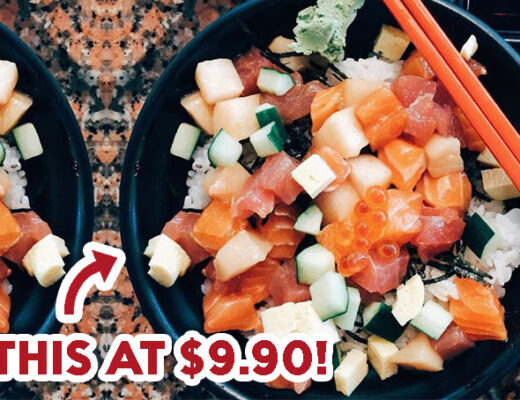