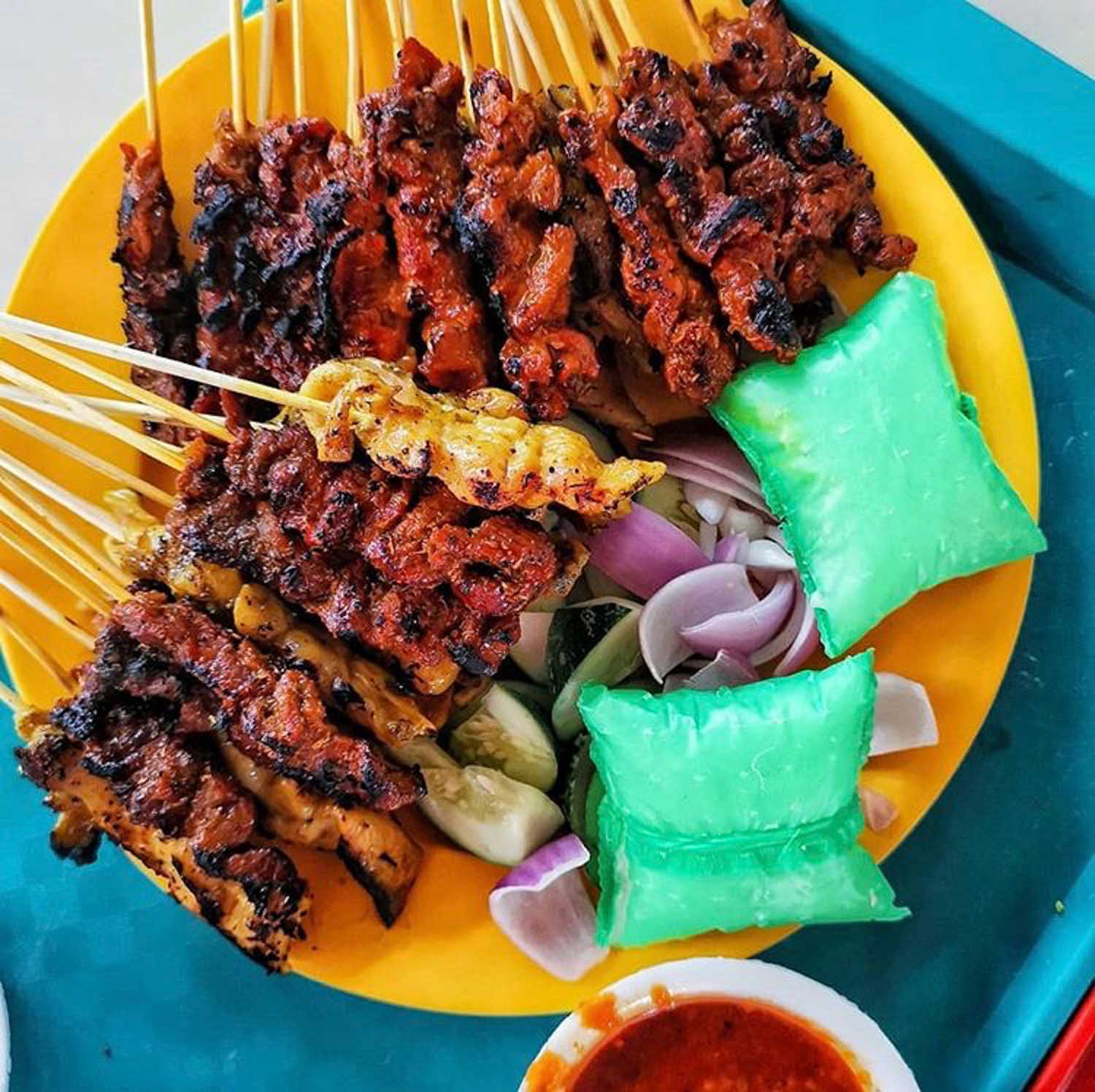 Warong Sudi Mampir is one of the few stalls here that’s adorned with multiple certifications. The satay ($0.60 per stick) here come in chicken, mutton, and beef. Marinated with a variety of spices and lemongrass, the meat is flavourful, tender, and nicely charred on the outside. Another highlight is their peanut sauce which is thick and rich, with a nice crunch from the peanut bits! 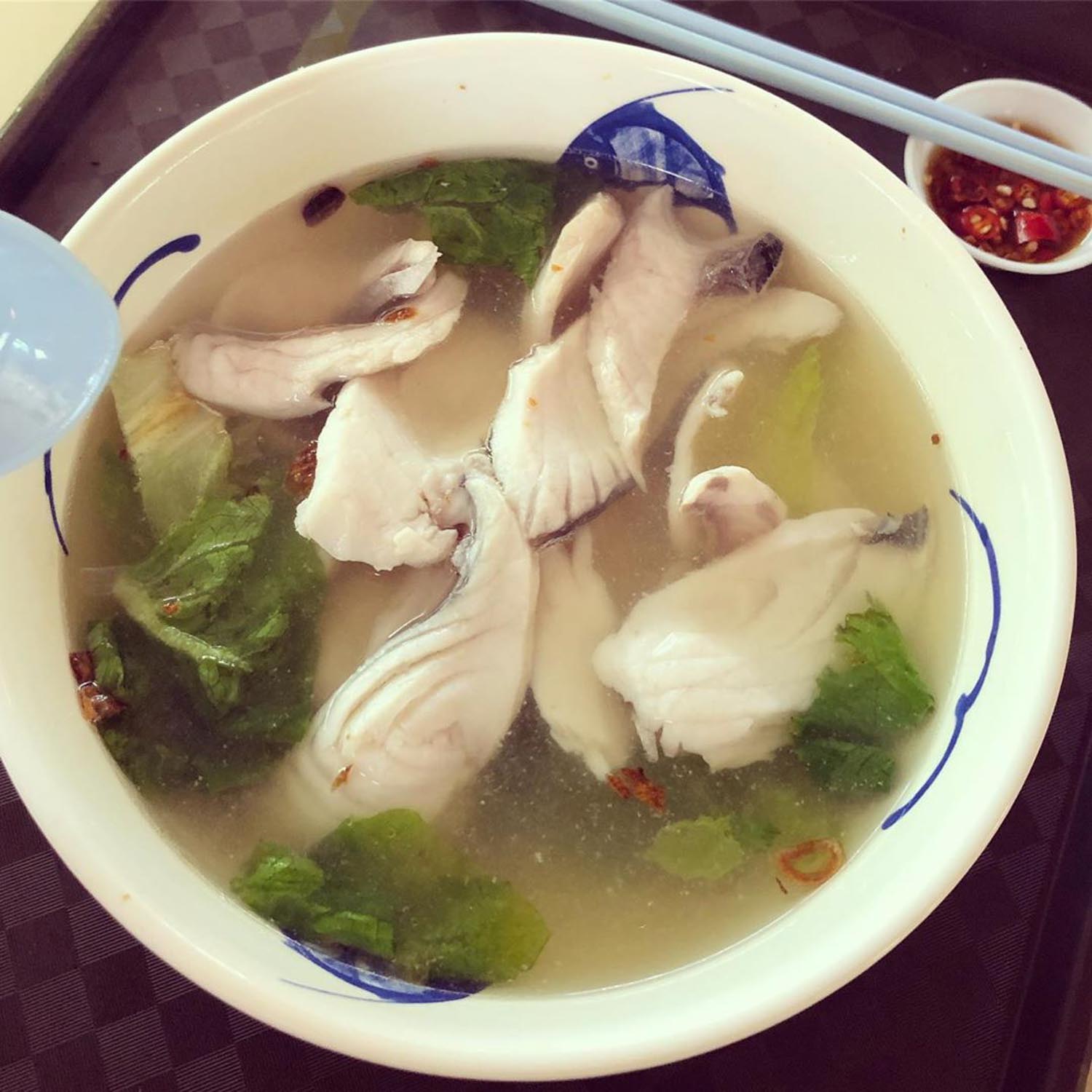 One of the few stalls to withstand the test of time, T.G Fish Porridge and Fish Soup has been run by an elderly couple for many years and specialises in Fish Soup ($3.50/$5/$7). At first glance, the bowl of clear soup looks deceivingly bland. However, those who have tried it will know that it is well-flavoured and even has a tinge of sweetness from the seafood. Situated right opposite of Afandi Hawa and Family Mee Rebus is veteran stall, HJ Waliti HJ Mazuki that’s been around for more than 50 years. One of the most popular dishes here is Soto Ayam ($3), which comes with a yellow chicken broth, shredded chicken, lontong cubes, and bean sprouts. Though on the lighter side, the broth doesn’t skimp on the flavours and has a kick from chilli padi that is mixed with soy sauce. Other dishes include Mee Soto ($3), Mee Rebus ($3), and Bubur Ayam ($3). 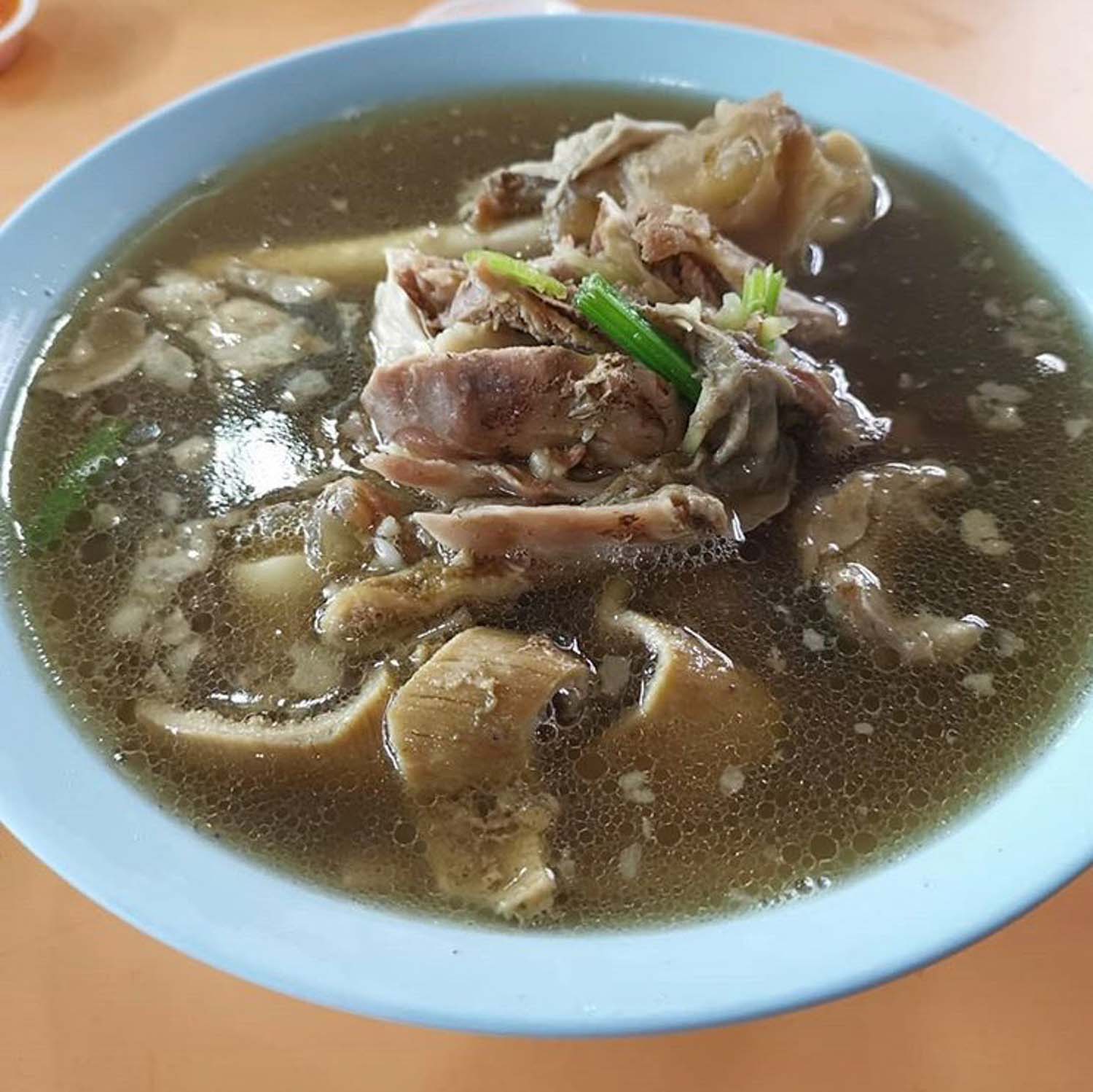 The warmth you need on a rainy day can be found at Hougang Jin Jia Mutton Soup. The mutton soup here comes with a herbal broth that is fragrant yet not too overwhelming. The most popular dish here, Mixed Mutton Soup ($6), is chock-full of protein including mutton meat slices, ribs, stomach, and tendon—all in generous portions that make your money worth. Both the meat slices and ribs are tender, while the stomach offers chewiness that will not tire the jaw. Add a bowl of rice ($0.50) to accompany the peppery broth and complete the set. Featured on Netflix’s Street Food, Traditional Haig Road Putu Piring is often spotted with a queue that doesn’t seem to end. The putu piring ($2.50 for five pieces) here doesn’t disappoint; the rice cake is soft and crumbly, encasing a sweet gula melaka filling that oozes out upon the first bite. The cakes are also made to order, so be ready to wait for a while. Previously located at the now-defunct Hin Hollywood Canteen, Zhenguang Wantan Noodles is another old-timer that has been serving up its signature Wantan Noodles ($3/$4) for over 50 years. The sauce here is multi-dimensional, bearing the fragrance of peanut oil, fried lard, garlic, and scallion combined into one. The char siew has a dark char to it while the dumplings are full and meaty. The store operates from 6am to 3pm, but you still have to head down early as their noodles usually sell out by noon! Rosy & Nora is said to sell one of Singapore’s best roti john. Slices of buttered French loaves are cooked with a layer of the omelette in between, encasing the minced lamb and chopped onions that rest comfortably on the bed of egg.

The bread is crisp on the outside, and one bite is all it takes to reveal the fluffy, savoury goodness within. Each serving costs $3.50 and makes for a satisfying meal. Be sure to also try the Ball Kentang ($3.50)—a deep-fried potato ball mashed together with minced beef, and served in a beef broth. 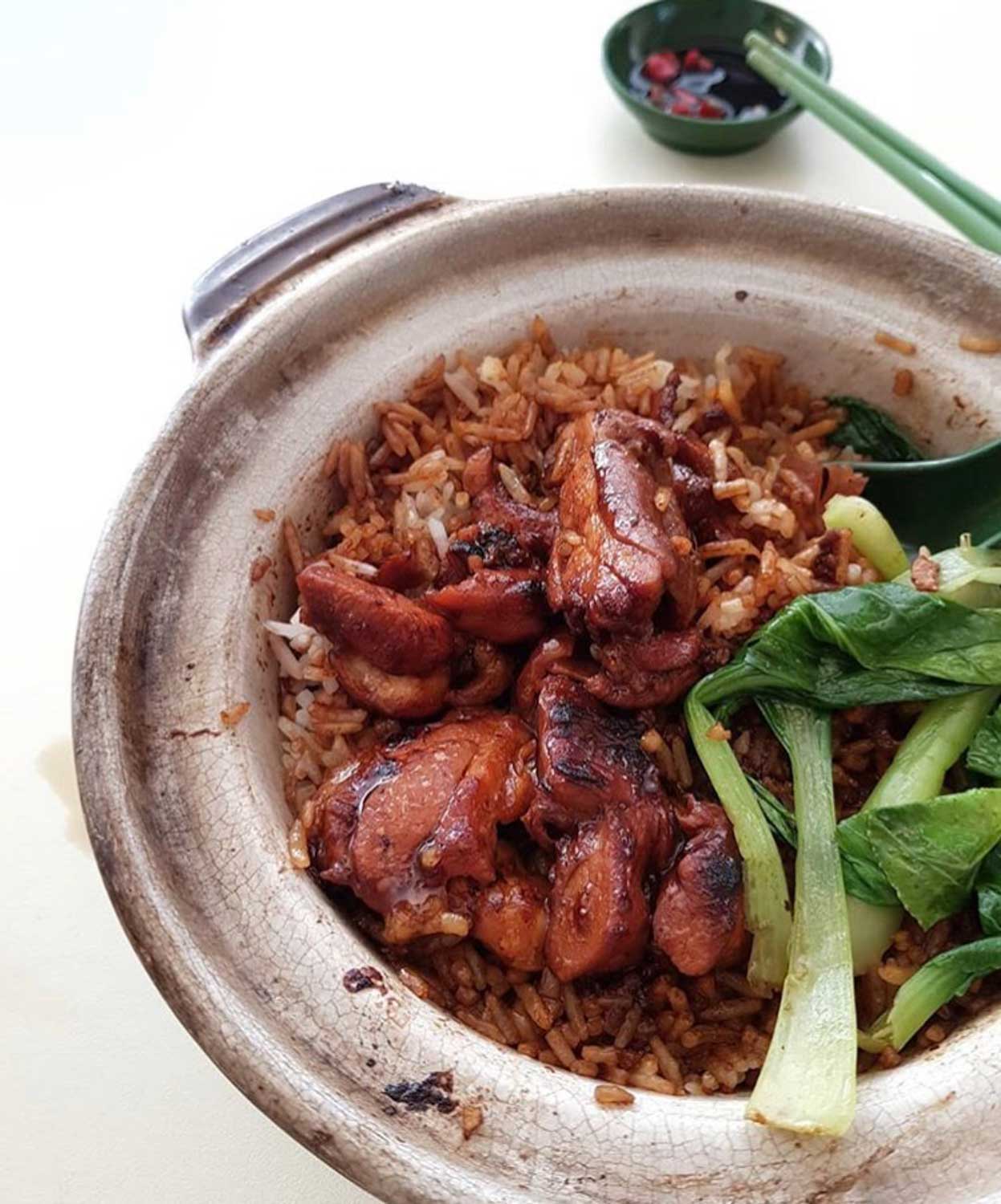 Calling all claypot lovers, V2 Claypot Corner is the place to visit with its range of cheap and good claypot dishes. Its signature Claypot Rice ($4/$8) comes with a good portion of rice, chicken cubes, Chinese sausage slices, and vegetables. A generous amount of dark sauce is mixed with the rice; its sweetness complements the bitter wok hei and burnt crisp bits found on the edges. Other claypot dishes include Claypot Bak Kut Teh ($4), Claypot Noodles ($3), and Claypot Braised Pig’s Trotters ($4)! 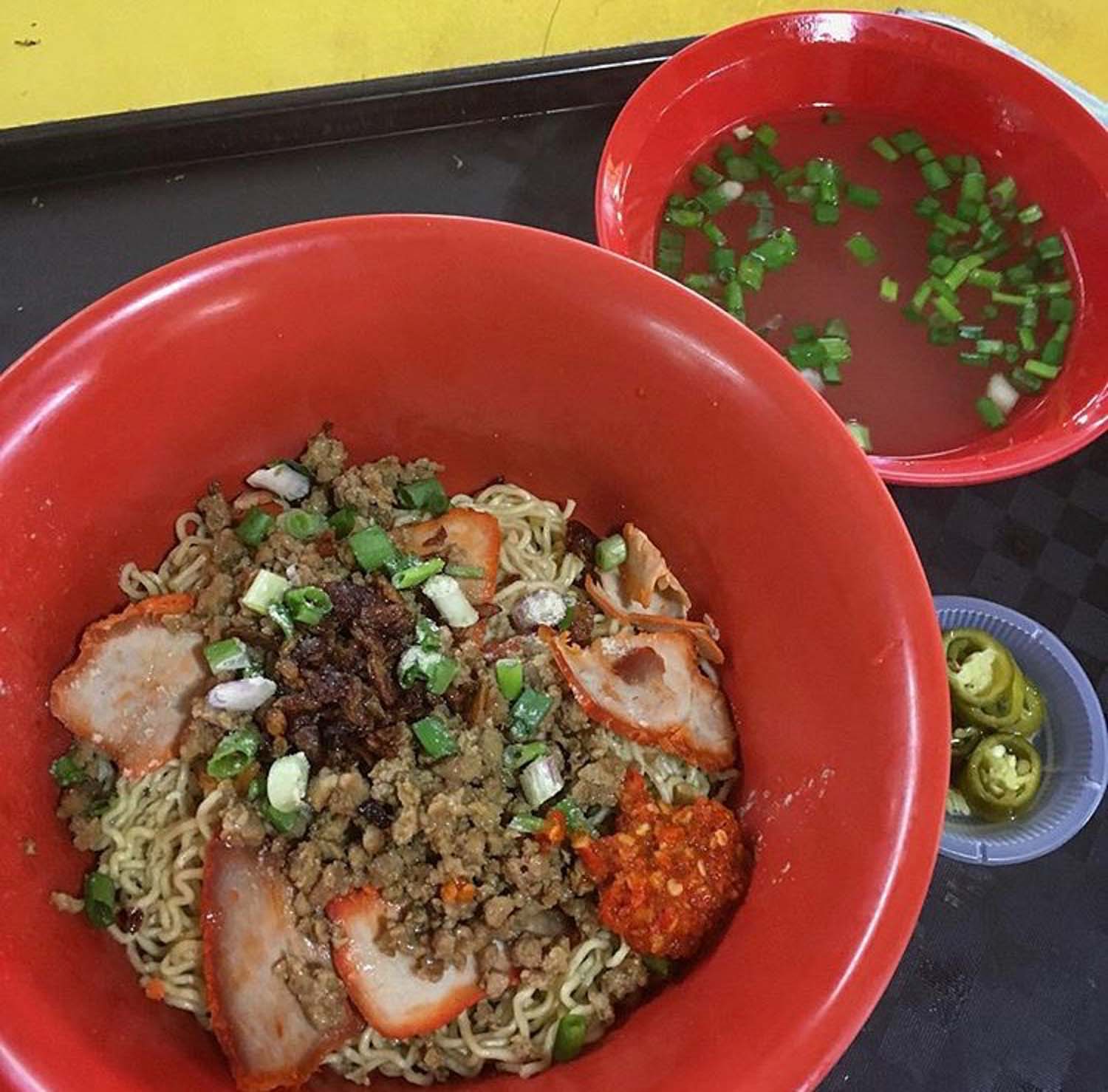 Kole mee is a rare dish in Singapore, and Lin Yu Mei Kolo Mee is one of the few places to find this unique Sarawakian dish. Each bowl of Kolo Mee ($4/$5) comes with char siew, minced meat chunks and fried shallots atop a bed springy noodles. Another dish not to be missed is their Sarawak Laksa ($6). It may be on the pricey side but the broth is prepared with coconut milk and tamarind paste, resulting in a unique flavour. Soon Lee Cooked Food is where you can get your oyster omelette and carrot cake fix. The Oyster Omelette ($4) comprises a fluffy omelette that has been fried till crispy with a reasonable amount of juicy oysters. Don’t forget to dip it into the tangy chilli sauce for a zesty kick. Both black and white versions of Carrot Cake ($4) are available here, but the latter stands out with its generous amount of chye poh (preserved radish).

A 10-minute walk from Paya Lebar MRT Station is all it takes for you to get your hands on all these food found at Haig Road Market & Food Centre. You can also hop take the Circle and visit other tasty eateries nearby such as Omar’s Halal Thai Beef Noodles near Macpherson and Crab at Bay near Tai Seng MRT Station! 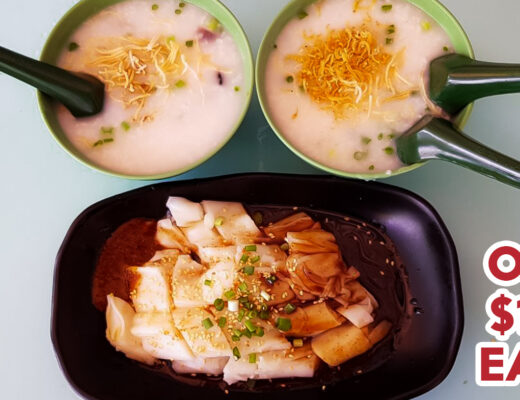 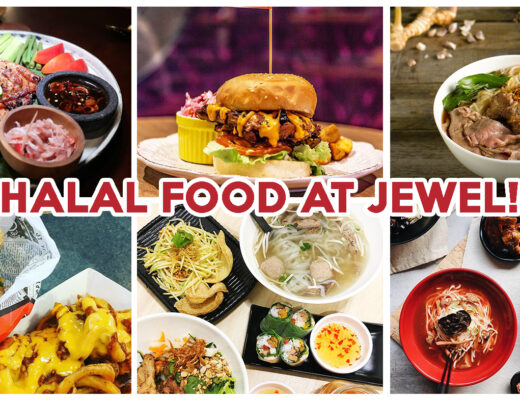