I’m a huge fan of mazesoba and bak chor mee, so when I heard of Mr Meepok, which serves a mazesoba-inspired version of the Teochew-style mushroom minced meat noodles, I knew I had to put them on my list of stalls to try. 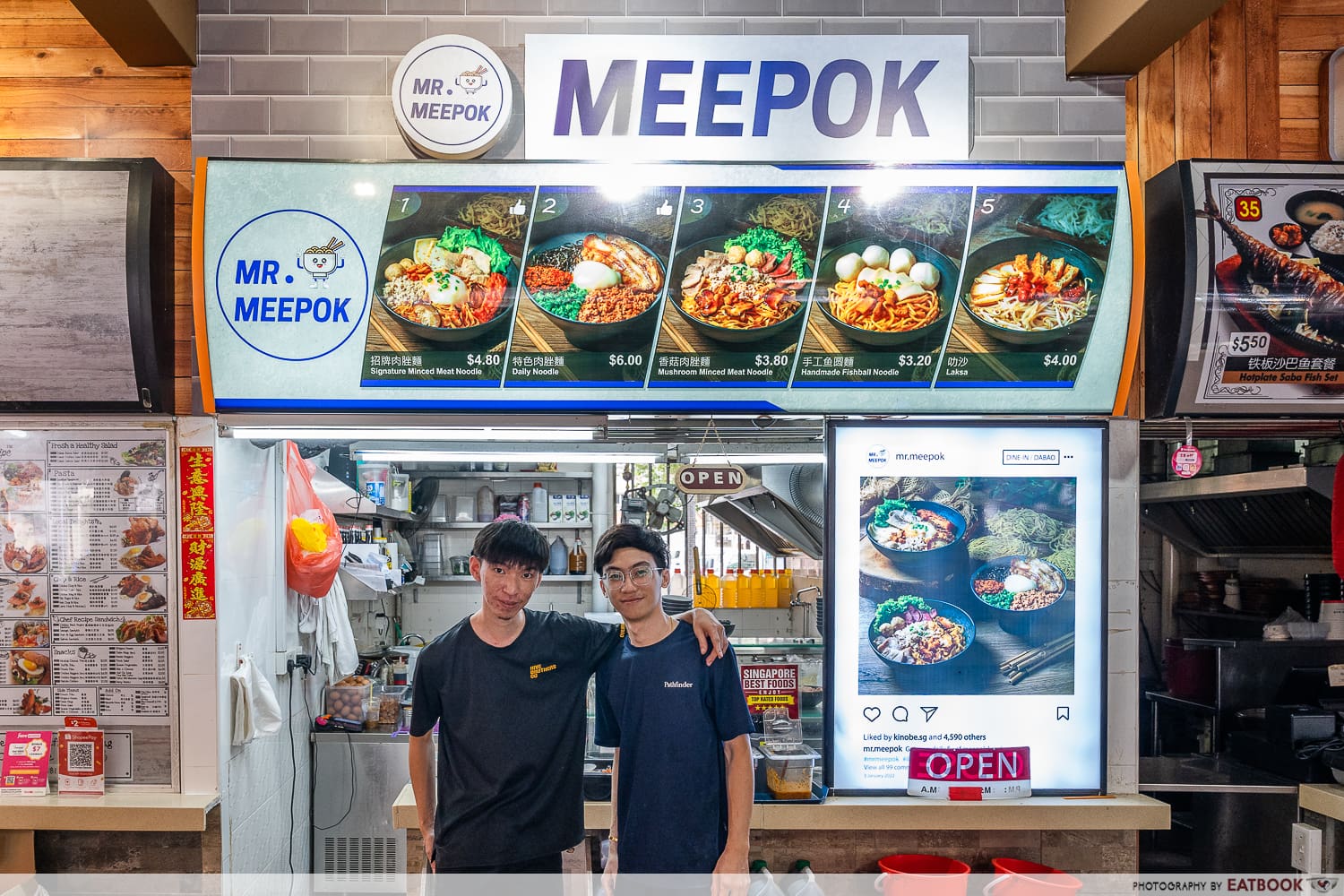 The team at Mr Meepok is headed by the same young hawkers who used to run the now-defunct Kinobe at Amoy Street Food Centre. They still hold that unit, though, and have transformed it into a second outlet for Mr Meepok. 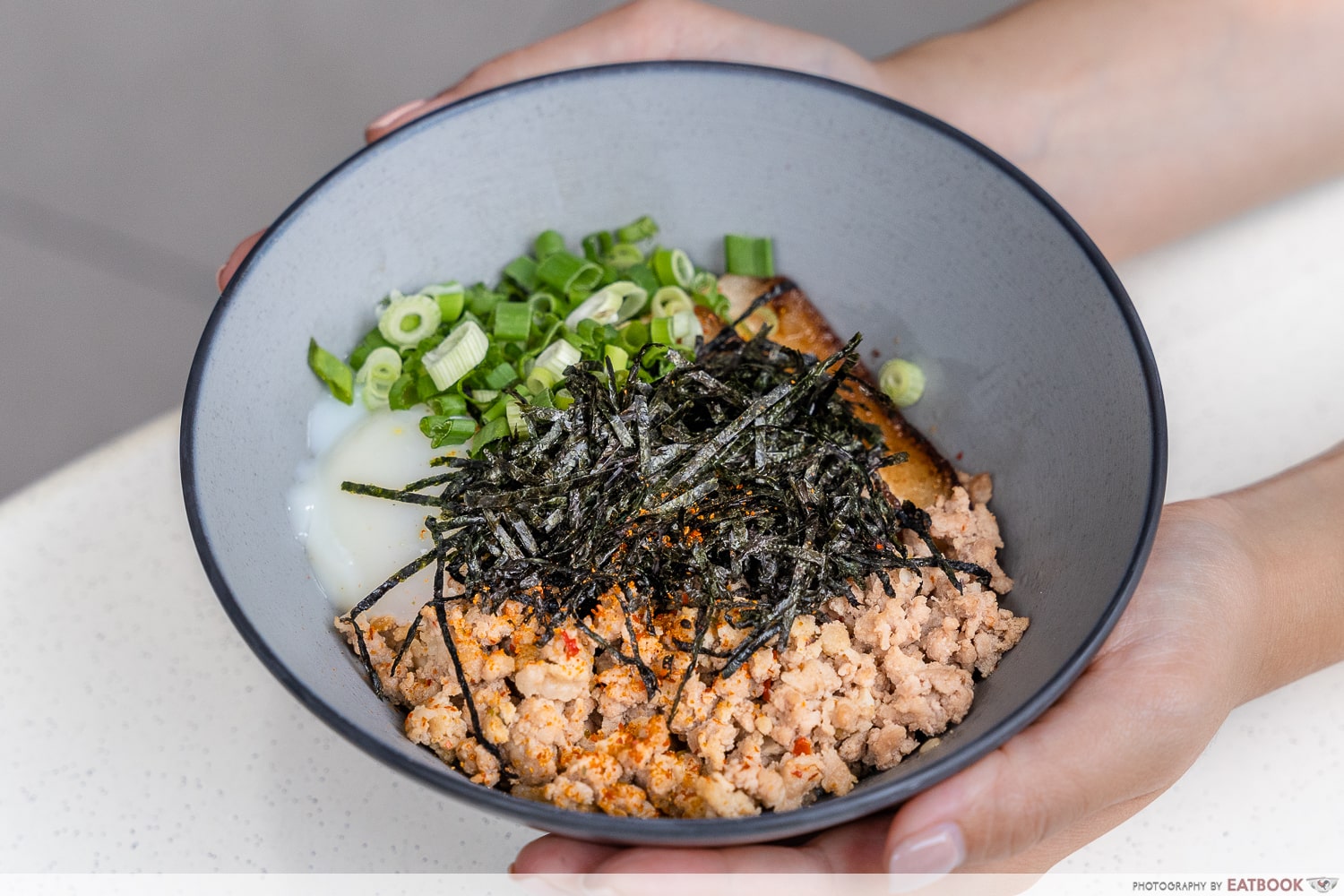 I couldn’t start with anything other than Mr Meepok’s Daily Noodle ($6), AKA their BCM take on mazesoba, since that is the one dish I came here for. At $6, it’s about half the price at least of mazesoba at a Japanese restaurant.

In case you aren’t familiar with the concept of mazesoba, the term translates to ‘mixed noodles’, and is a dry Japanese noodle dish that’s typically found topped with minced meat, raw garlic, chopped chives or scallions, and mixed with a tare sauce, aromatic oils and the like. 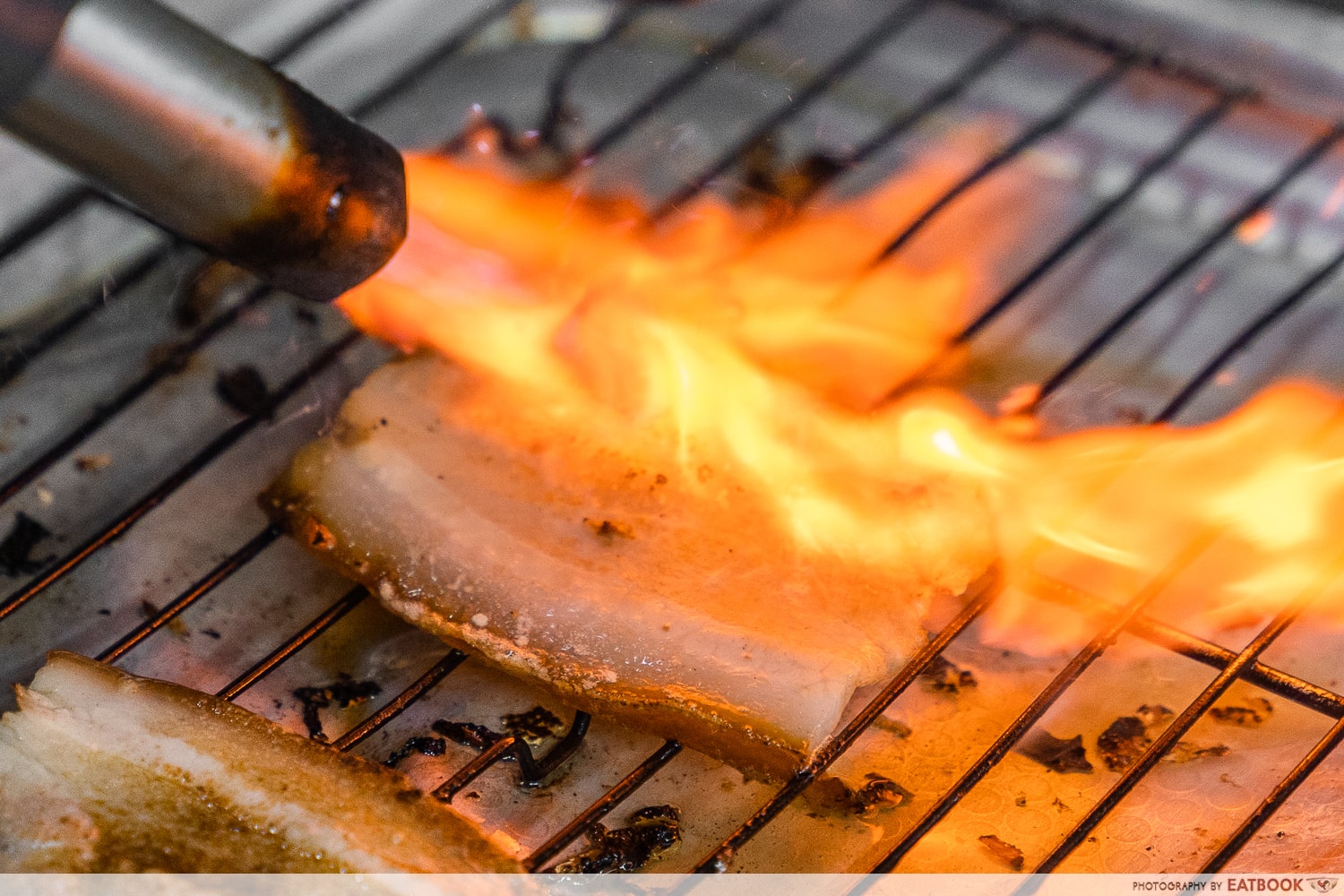 In classic Japanese ramen fashion, Mr Meepok serves their Daily Noodle with thick-cut chashu that they torch to order. 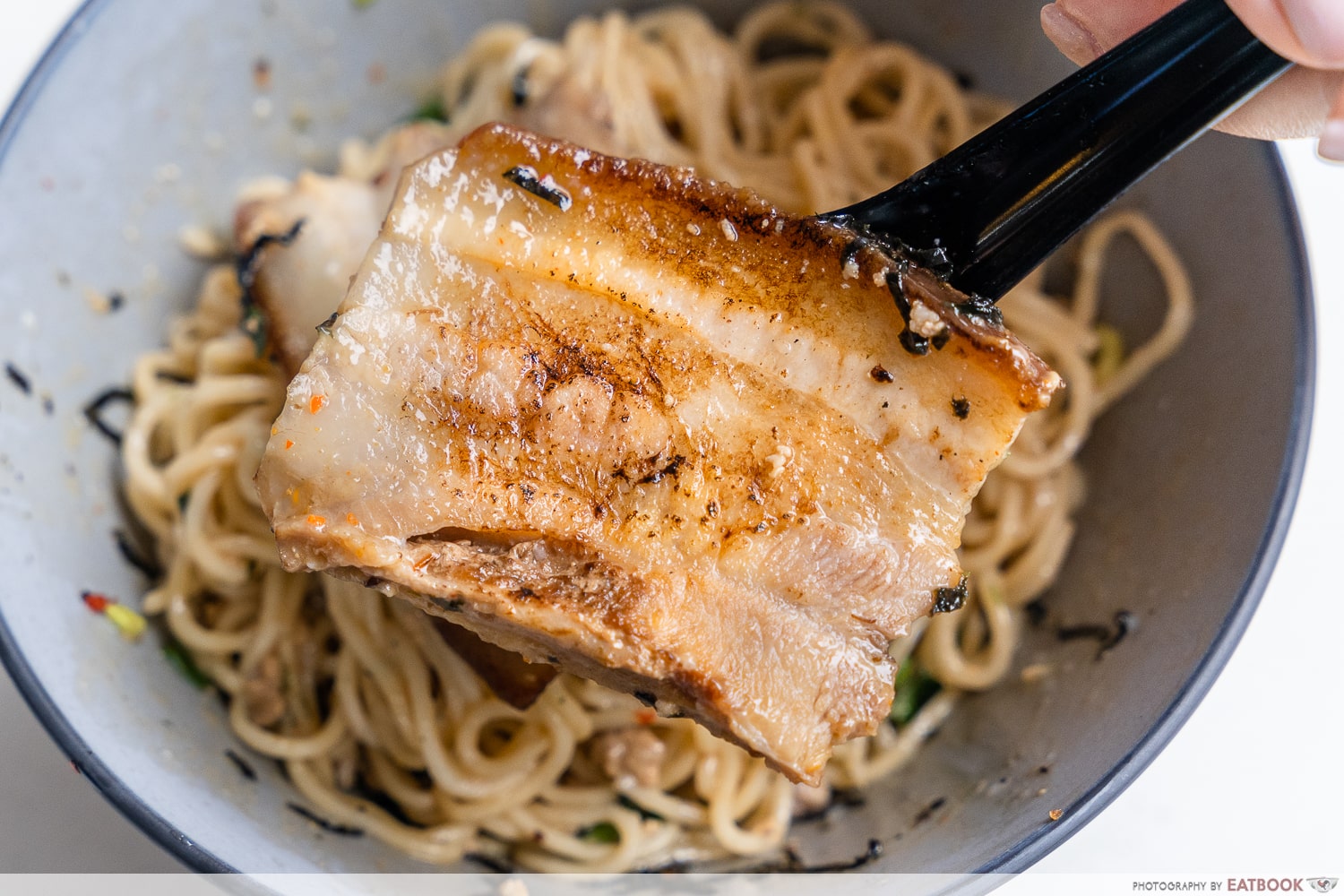 We were expecting it to fall apart upon biting, with melt-in-the-mouth layers of fat, but unfortunately, this didn’t deliver on that front. What I think diners would appreciate, though, is the heft of this chashu for the price. 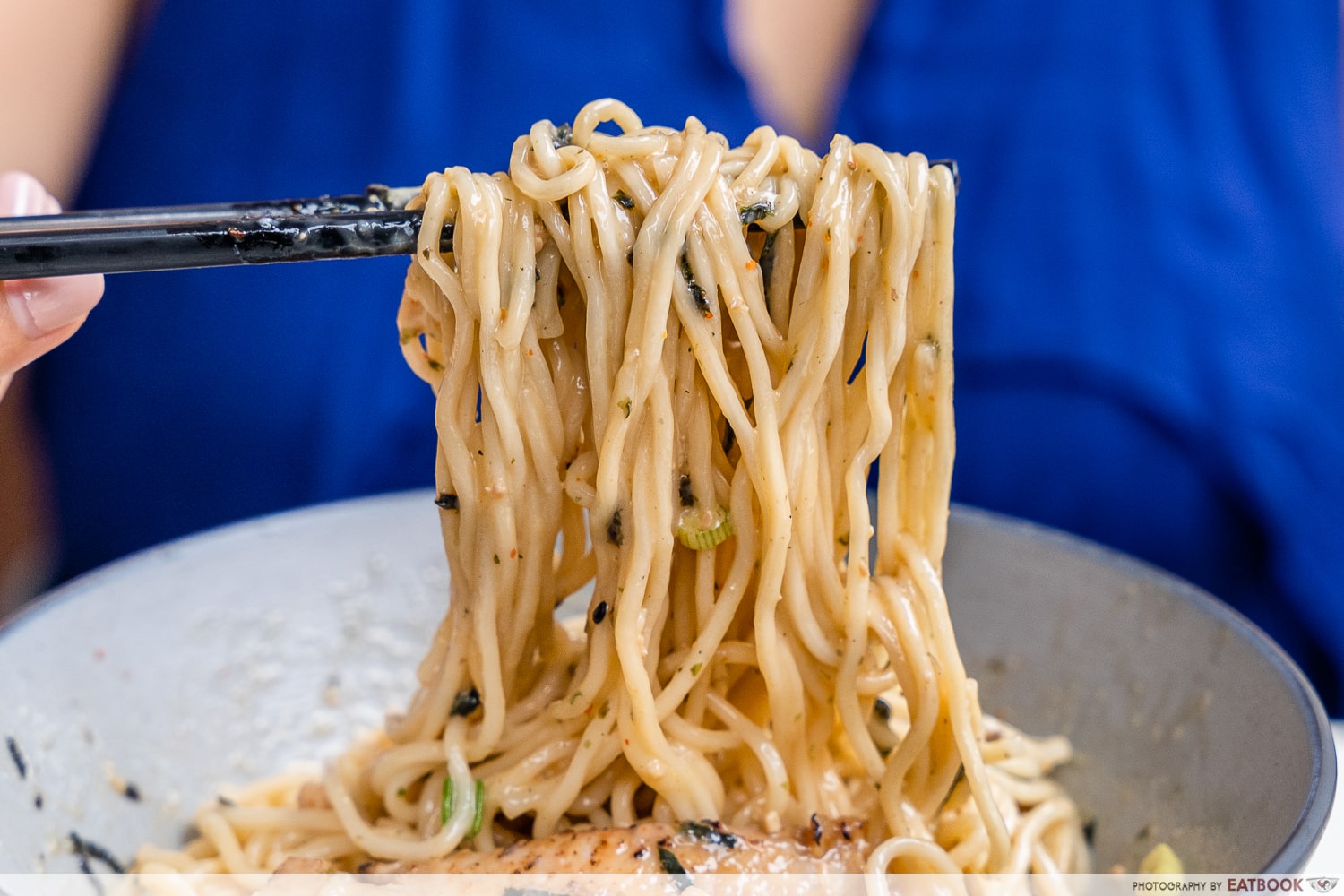 I wanted to love this bowl of noodles—at $6 it would have been a super affordable alternative when I’m craving mazesoba. The flavours were somewhat there, but I wished there was more punch to it. The noodles also got really clumpy and sticky, instead of being slick and slurpable. We did however take a while before digging in, so perhaps eating it right away would have been more enjoyable. 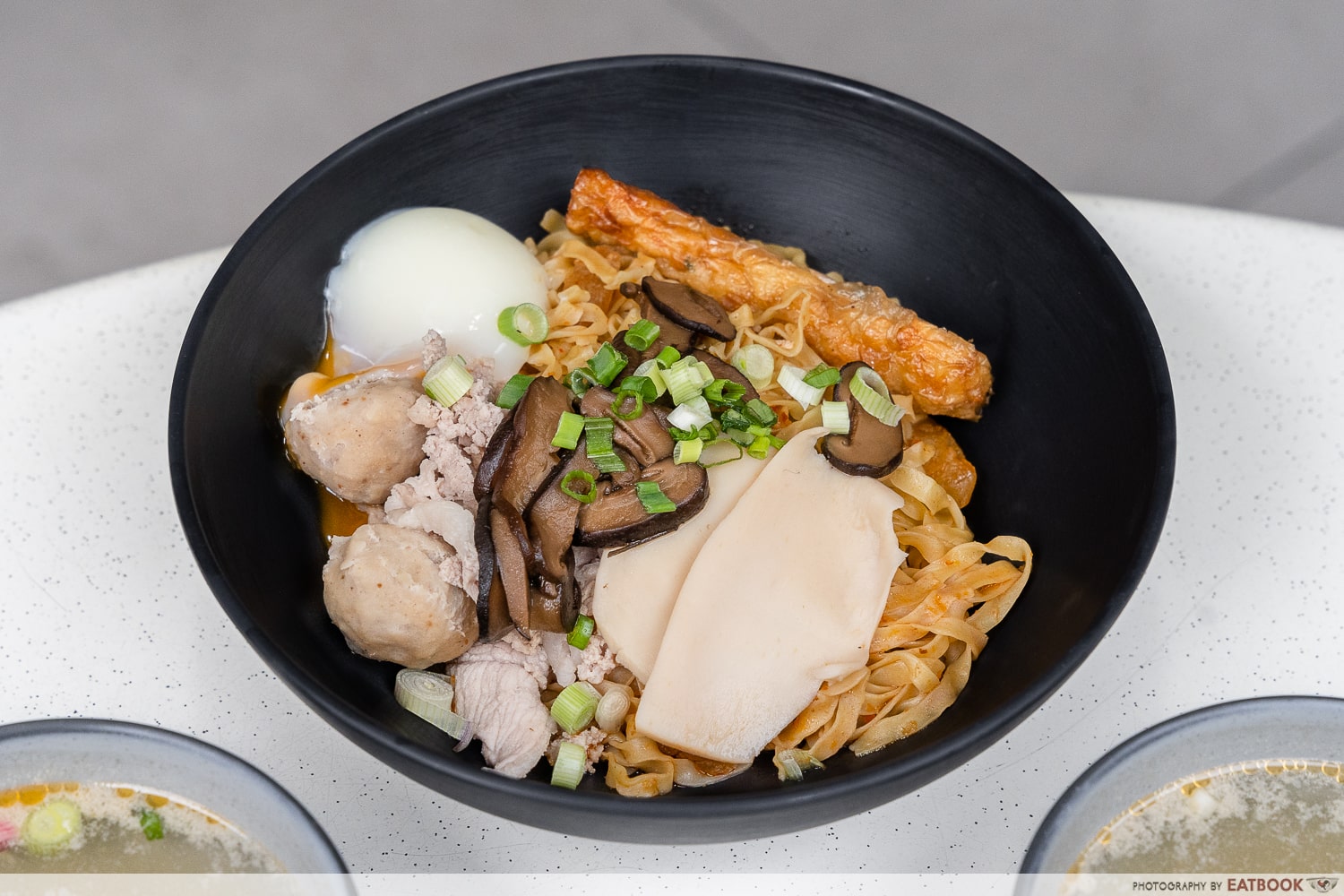 Moving on from the Daily Noodle, we also tried Mr Meepok’s Signature Minced Meat Noodle ($4.80), with the stall’s namesake noodle. 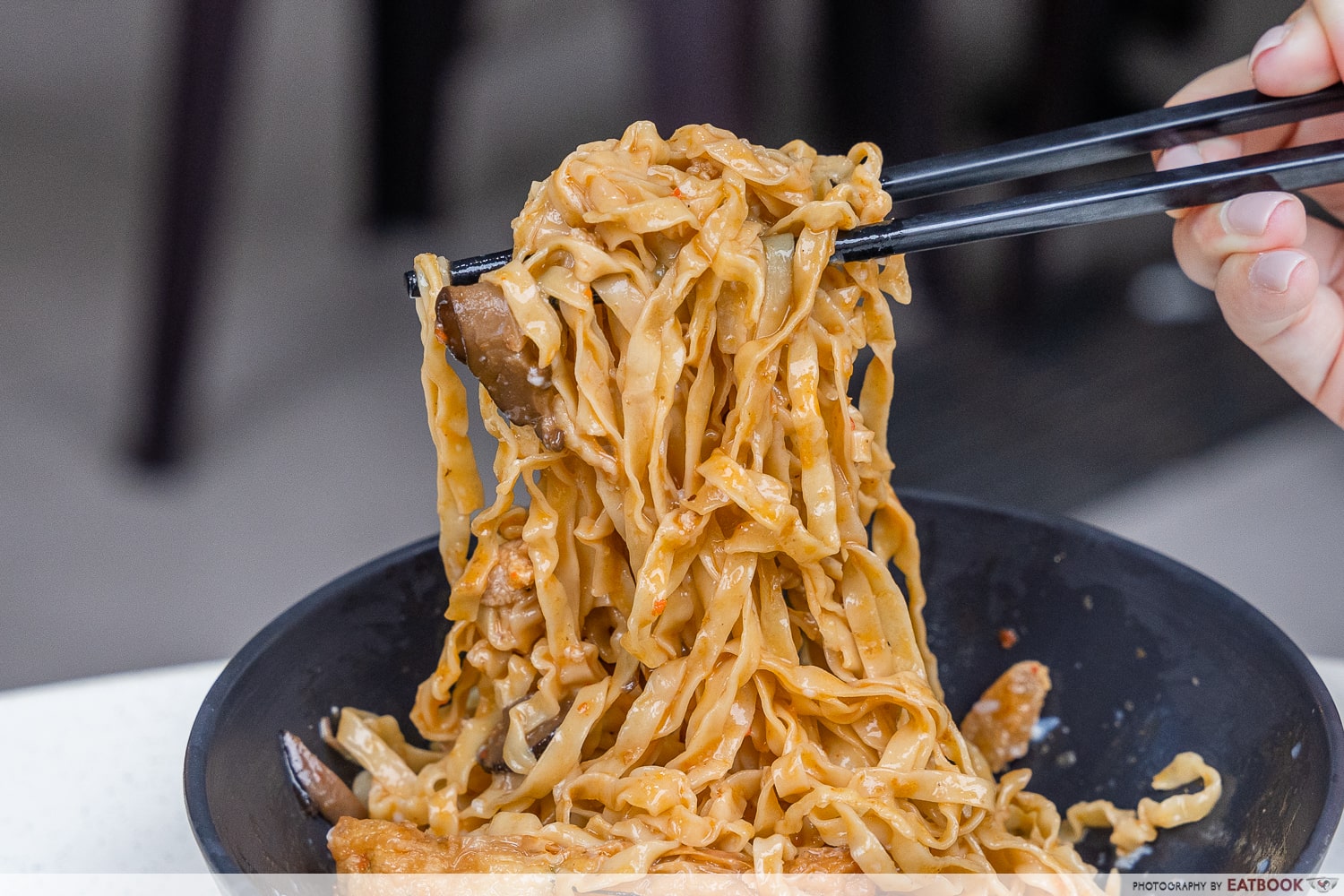 We found the meepok al dente, and well-coated in the blend of sauces. The addition of an onsen egg really elevated the richness of the sauce mix, we thought, but they are quite light-handed with the vinegar. You can always customise your bowl with extra, though. 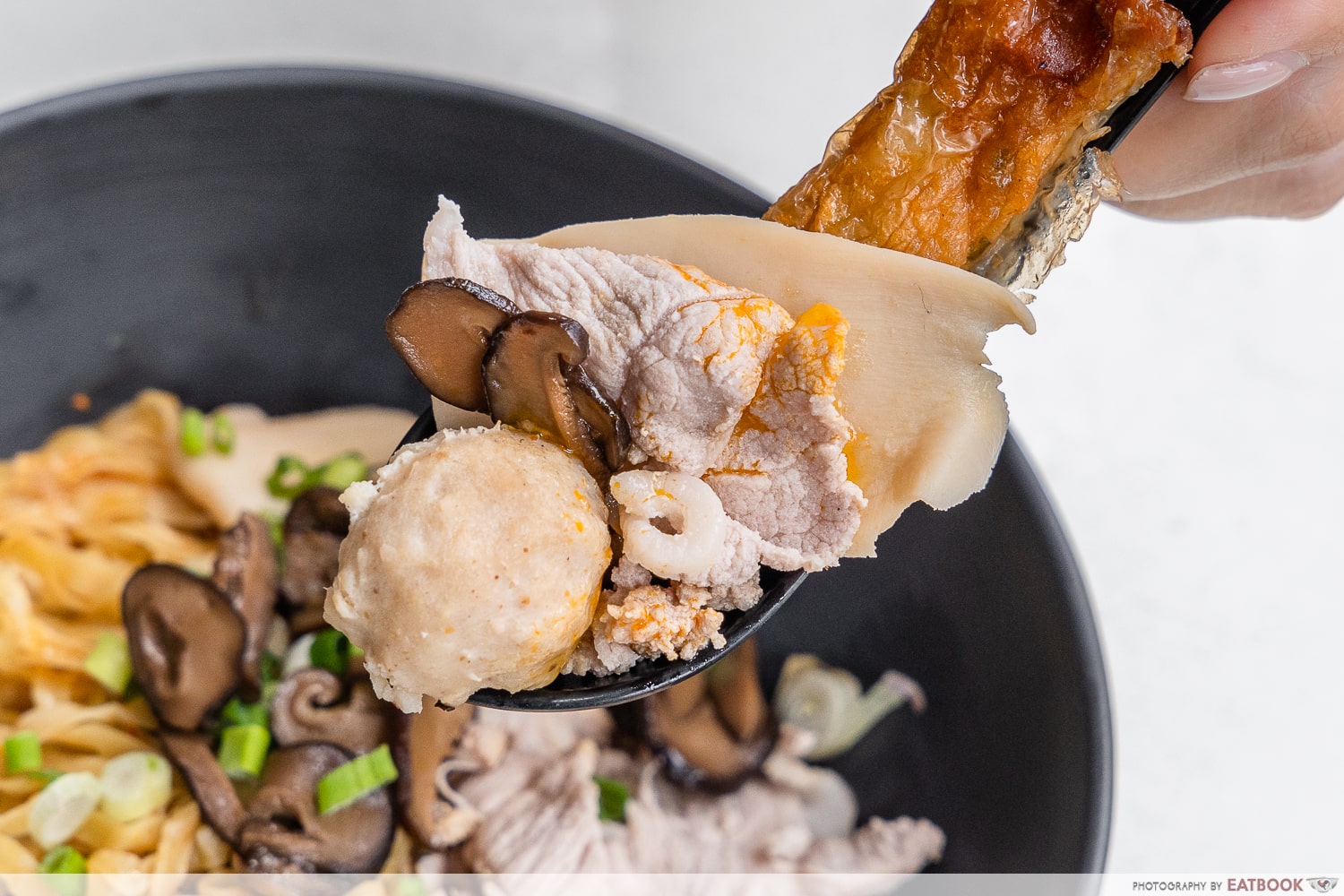 At $4.80, this was a good-sized bowl of BCM with a variety of ingredients, including meatballs, mock abalone slices, minced meat, sliced pork, braised mushrooms, and even a small ngoh hiang. It was nothing much to shout about, but if you live in the area, it’s nice to have around. 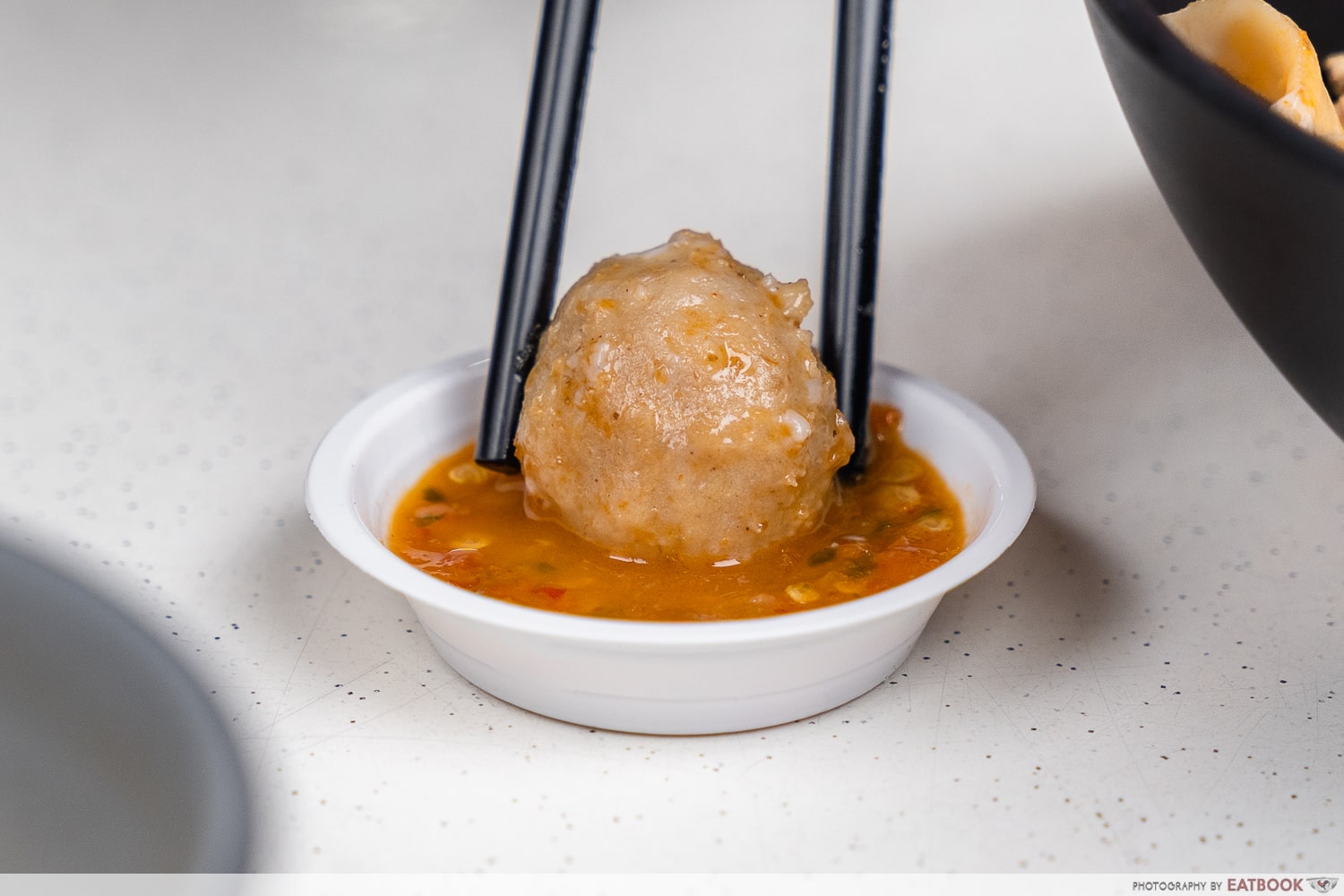 Special mention goes to their chilli dip, which was fragrant with belacan, and zesty with lime. I would’ve gladly poured this onto my noodles! 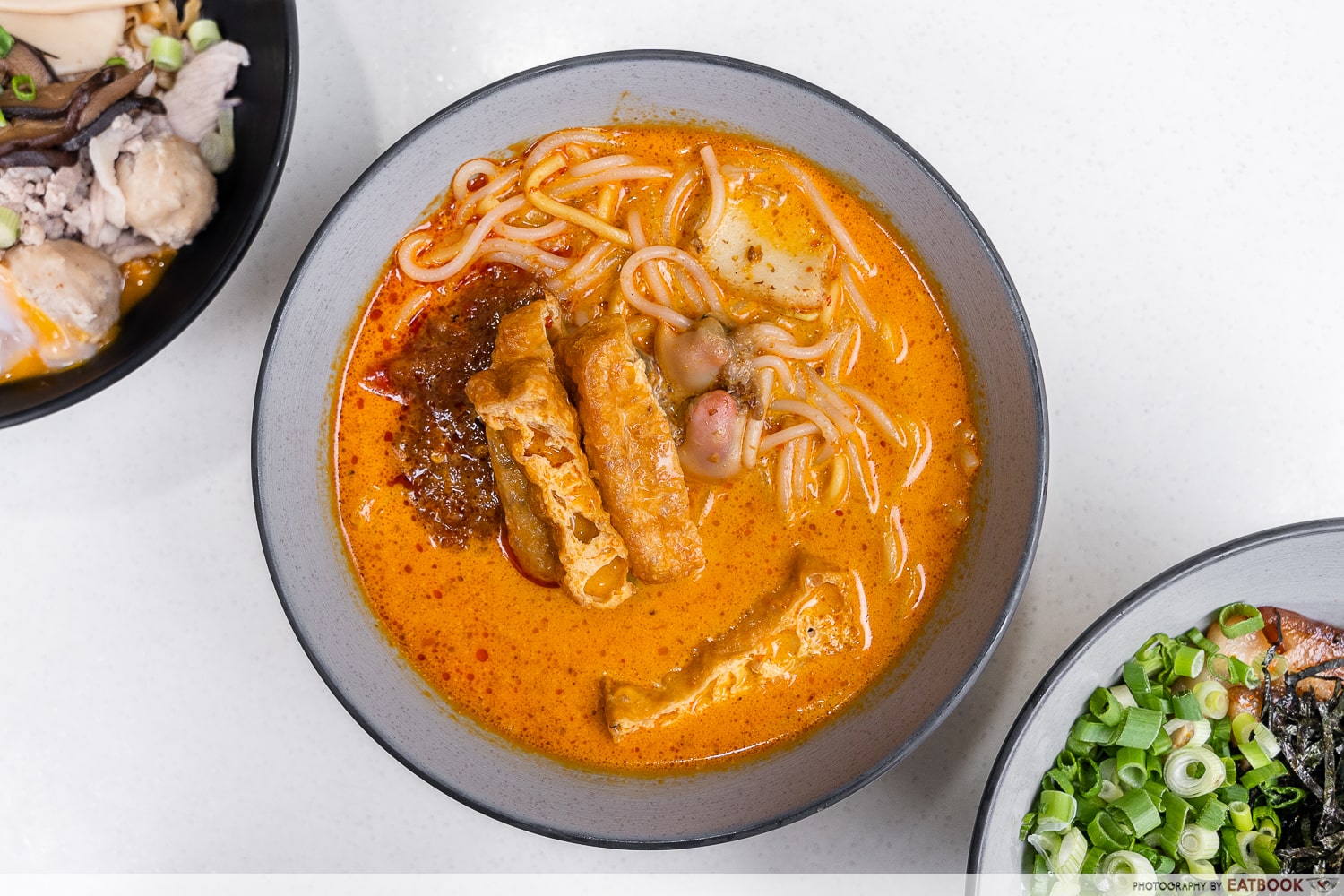 For variety, we also ordered a bowl of the Laksa ($4) to try. It was visually attractive, with a lush orange broth that didn’t look overly greasy. 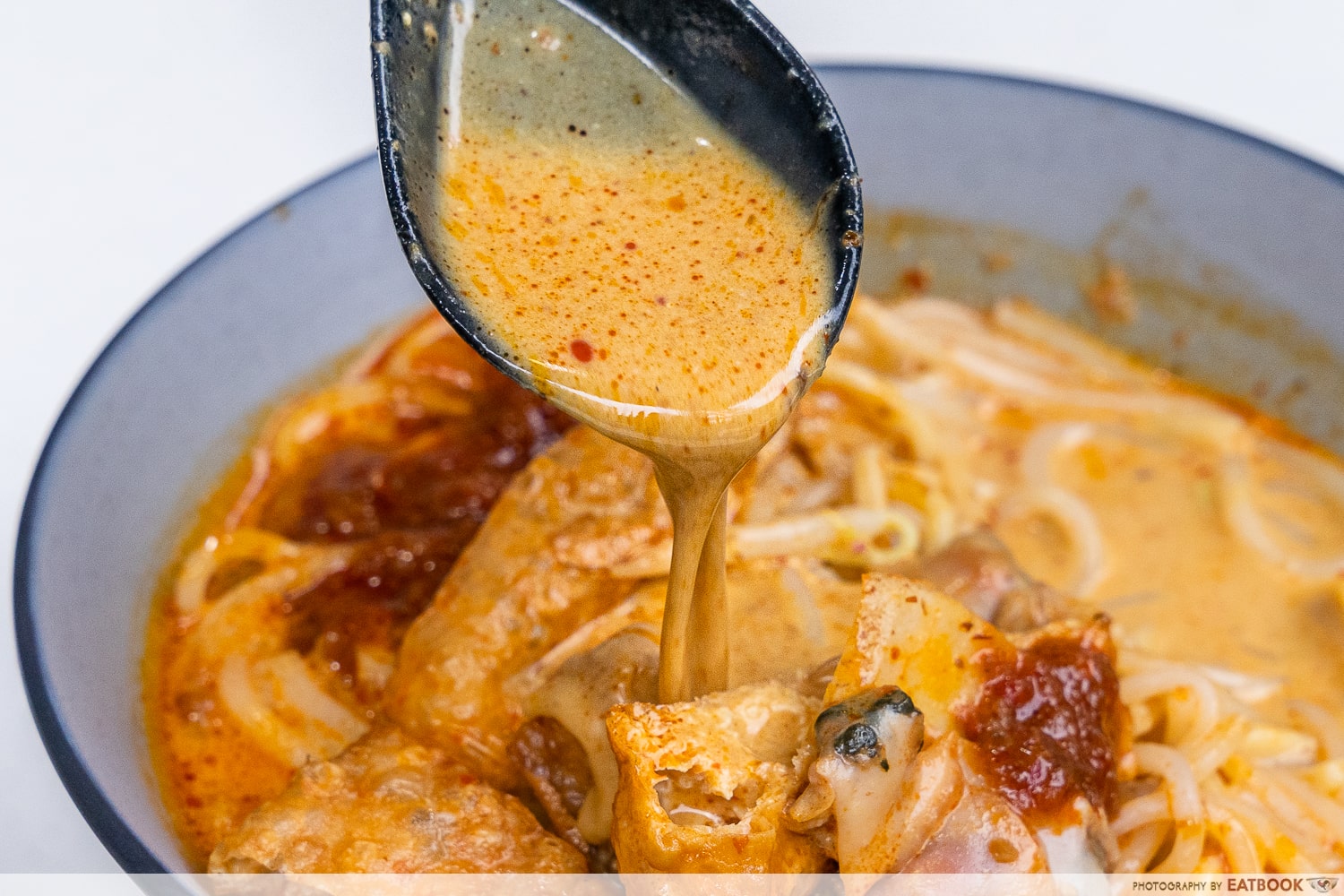 It lived up to its appearance, with a lemak, rich flavour, though we wished it was stronger on the hei bee. We found it very mildly spicy too, which makes this laksa friendly for diners with a lower tolerance for spice. Simply mix in more of the sambal for an added kick! 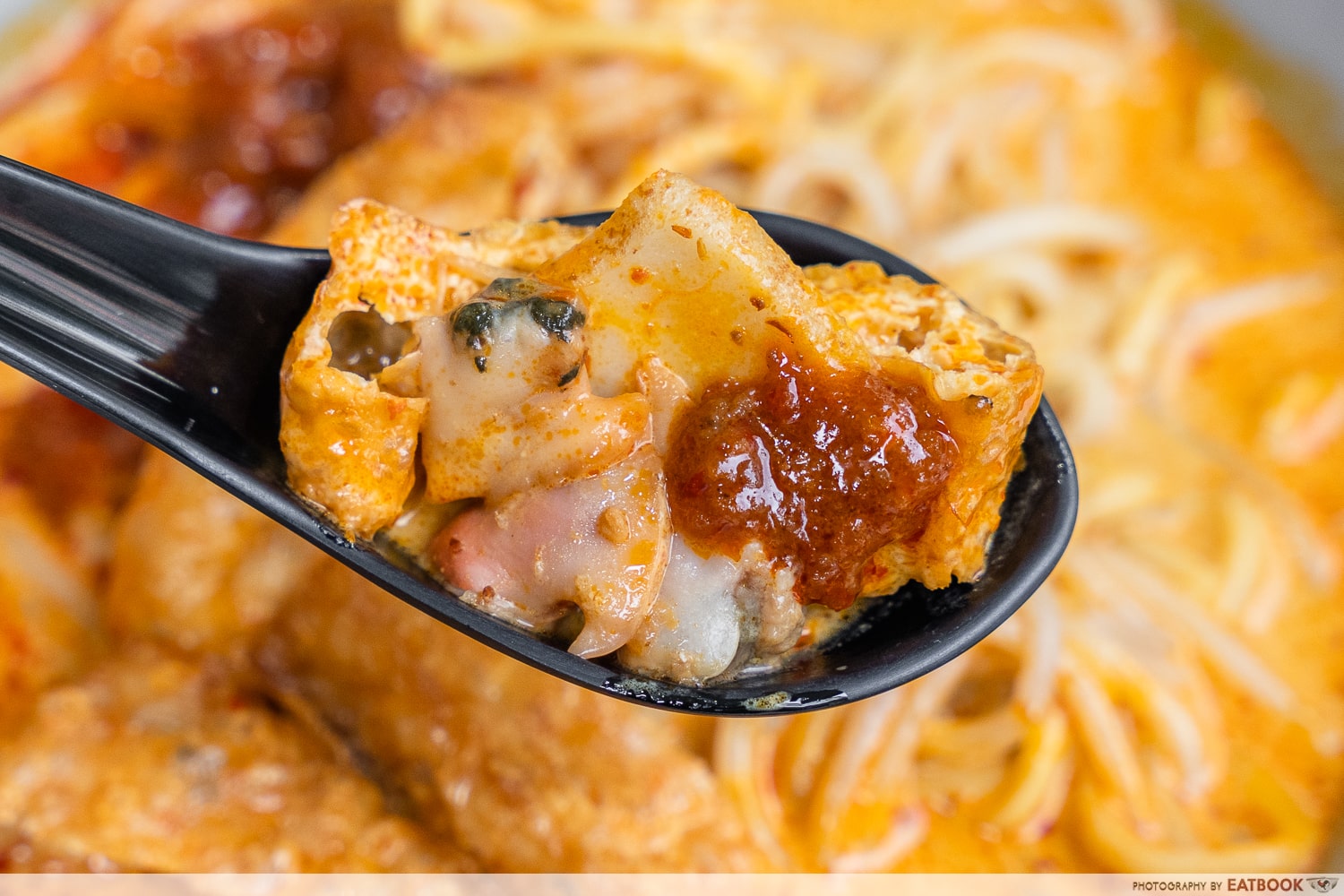 Garnished with fresh cockles, sambal, tau pok, and slices of fishcake, it was definitely an above-average bowl of laksa. 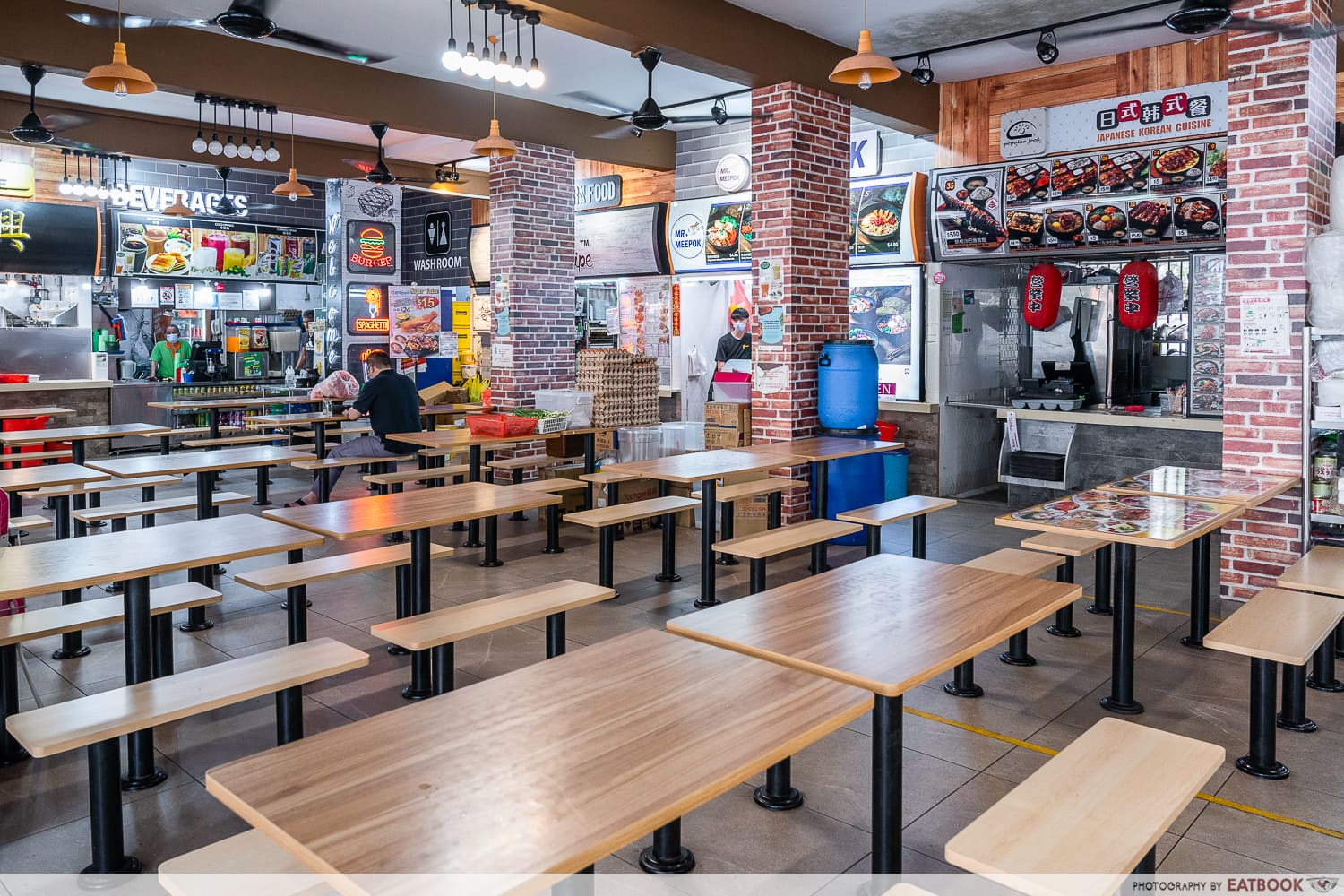 Mr Meepok is located in a small food court 18 minutes away from both Clementi MRT Station and Kent Ridge MRT Station by bus. Newly renovated, the space is brightly lit and clean, with seats both indoors and outside by the carpark—though still sheltered. 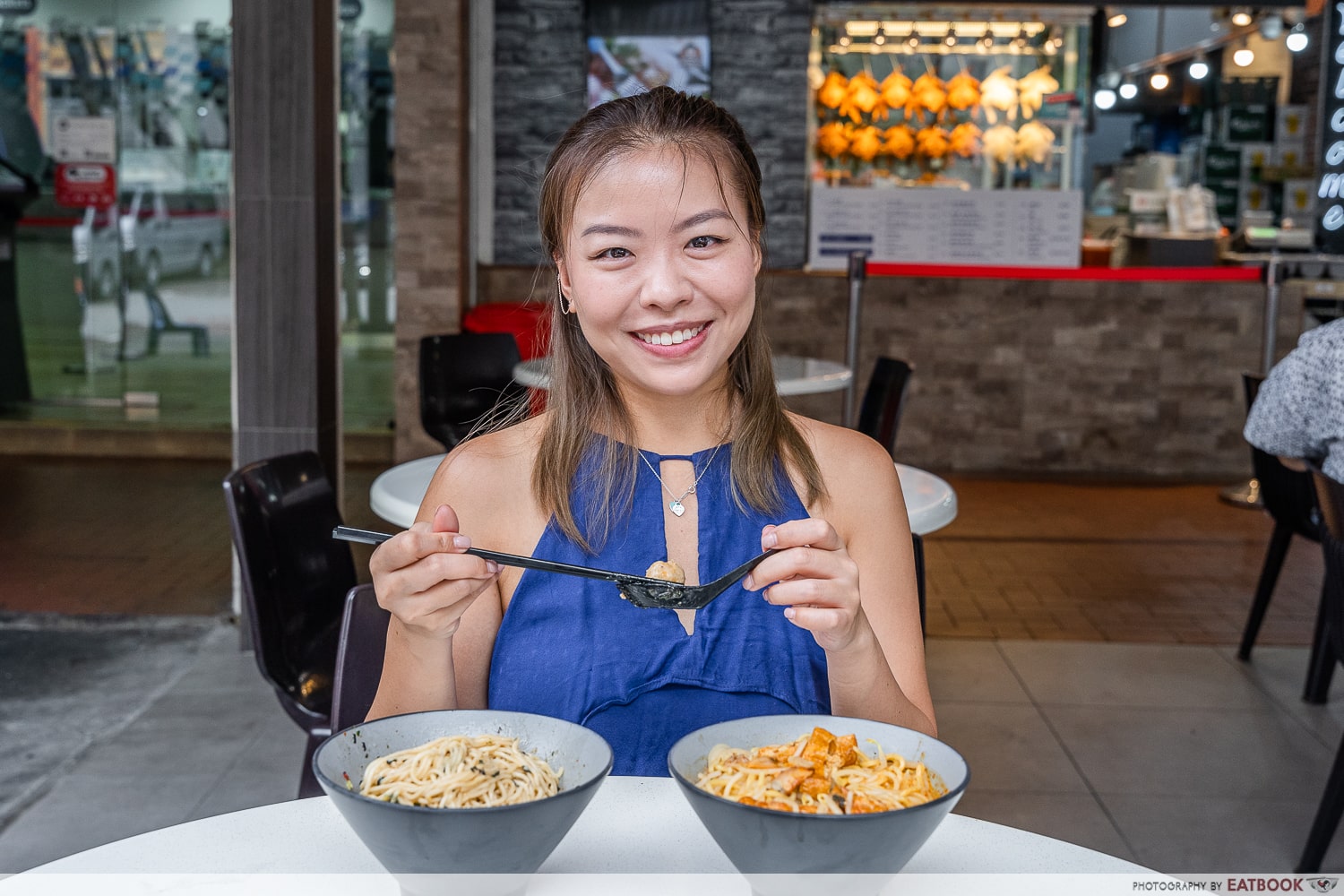 If you stay around the West Coast area, I’d say Mr Meepok would be great for you. For the rest of us who don’t stay nearby though, there are better options elsewhere. The Daily Noodle has the potential to be much better, and maybe it has to be eaten rightaway, so give it a shot if you’re nearby.

We rated 10 of Singapore’s most famous bak chor mee; check out what we thought of them! Otherwise, 51 Noodle House is another stall that also serves Japanese-style bak chor mee!

Photos taken by Tan Zi Hui.
This was an independent visit by Eatbook.sg 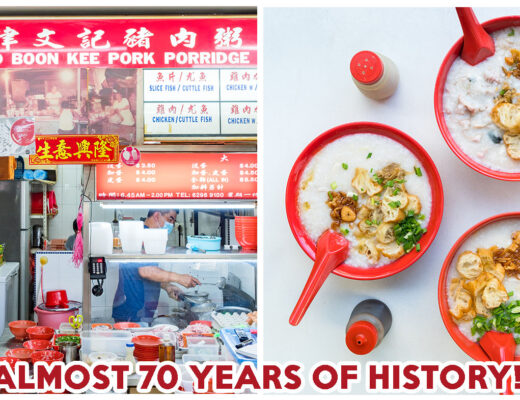 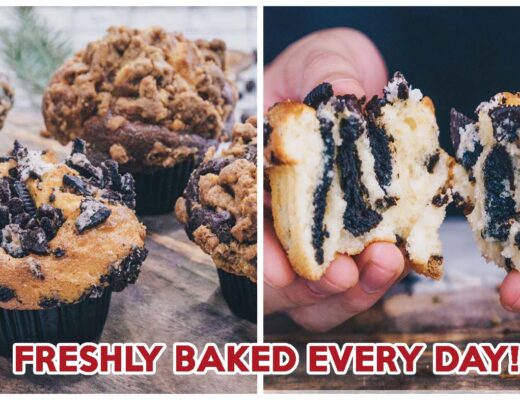